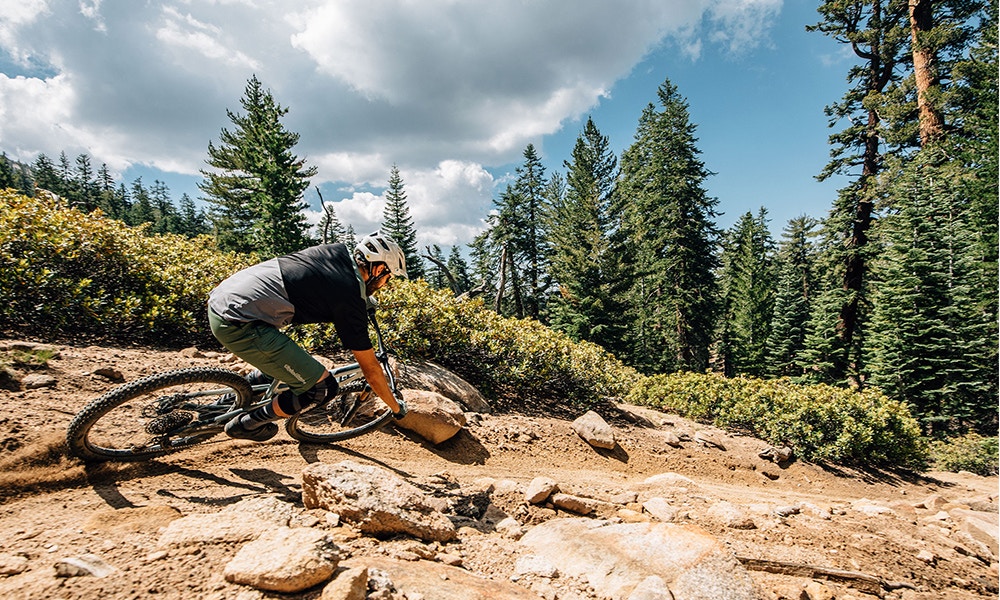 Following an overhaul of the Jekyll in 2017, Cannondale have adapted its trail shredding enduro weapon to accept larger 29in wheels, pulling the covers off what is simply known as the Jekyll 29.

Designed for riders who prefer to charge over an obstacle, rather than around it, the Jekyll 29 aims to give all-mountain riders and enduro racers the confidence and ability to tackle any trail.

Complete with bigger hoops, an updated geometry and future-proof integration options, join us as we take a look at the all-new 2019 Cannondale Jekyll 29 Enduro mountain bike.

Built for hardcore trail and all-mountain riding, the Jekyll has been a favourite of the mountain bike line up since its rebirth in 2011, and has been a mainstay since the beginnings of the Enduro World Series (EWS).

Sitting between a trail mountain bike and a downhill mountain bike, Enduro/All-mountain bikes like the Jekyll 29 are designed to give riders the climbing prowess to charge up a mountain pass and the stability and travel required to crush a technical descent. 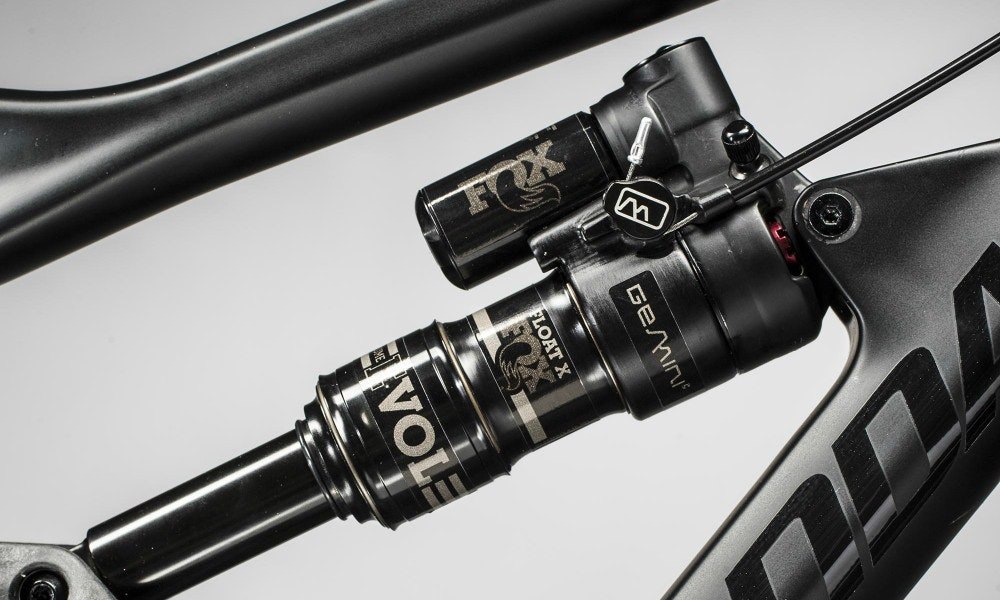 Co-Developed with Fox, the Gemini suspension shock offers up two modes for riders to switch between, transforming the characteristics of their ride on the fly.

Flipping the shock to “Hustle” shortens up the rear suspension travel to 120mm and increases the spring rate for greater pedaling efficiency on fast flowing descents or tough climbs. Switching the shock back to “Flow” softens the spring rate, allowing a full 150mm of travel, perfect for when the going gets rough.

The 150mm max travel is a reduction compared to the 165mm found on the regular Jekyll. Such a shortening of travel is a common theme when comparing 27.5 and 29in wheeled bikes.

The biggest change from the standard Jekyll (equipped with 27.5in wheels) to the Jekyll 29 is the addition of larger 29in hoops. 29er wheels are fast becoming commonplace in enduro scenes, thanks to the increased rollover ability and stability on offer.

With the move to bigger hoops, Cannondale have only slightly tweaked the geometry to accommodate the larger rolling stock. An offset asymmetric rear end, complete with 442mm chainstays is said to boost agility, traction and climbing prowess. Cannondale’s achieves its impressive tyre clearance by dishing (offsetting) the wheel away from the drivetrain by 3mm. As an added bonus, such a change should make for a stronger wheel without requiring a new hub standard.

Up front, the slack 65º head tube angle, which matches that of the regular Jekyll, is paired with a shorter offset fork, a similar concept to that also seen on the new Giant Trance 29. A steep 75º seat tube angle is provided to help you get forward on painful climbs. 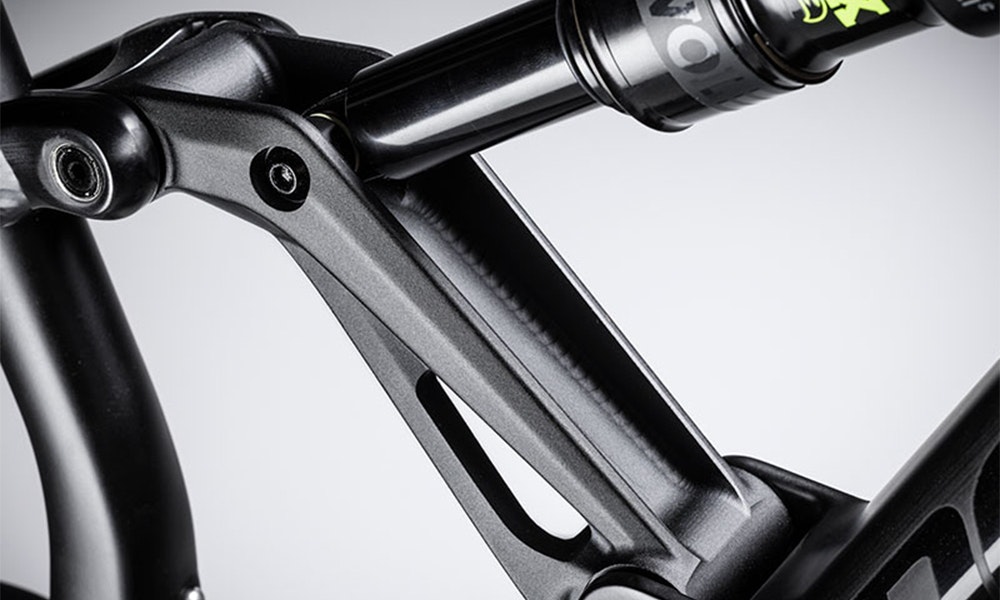 Interestingly, the Jekyll 29 misses out on the carbon shock link featured on the 27.5” Jekyll, making do with a SmartForm Alloy offering instead. The single pivot linkage design is host to Cannondale’s own LockR thru-axle pivot system, said to aid in frame stiffness, whilst allowing for a lower leverage ratio to be used for a smoother suspension stroke.

6. Carbon Where it Counts 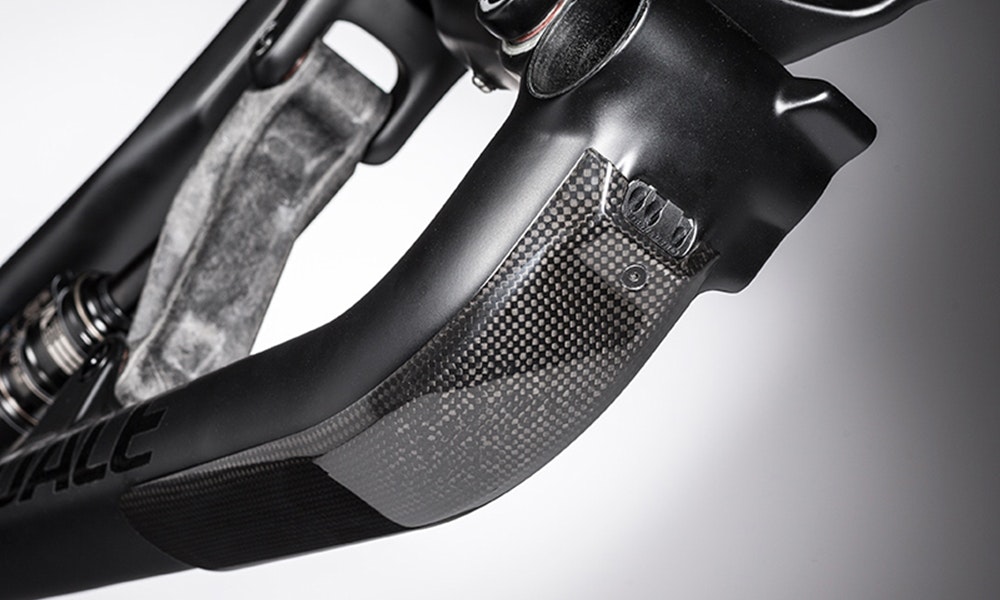 At the heart of the Jekyll 29 range is a carbon frame, manufactured from Cannondale’s own BallisTec carbon fibre. An aluminium swingarm features out back, providing lightweight strength and stiffness.

Down below, a carbon fibre shield aims to protect the frame from debris and rock strikes. 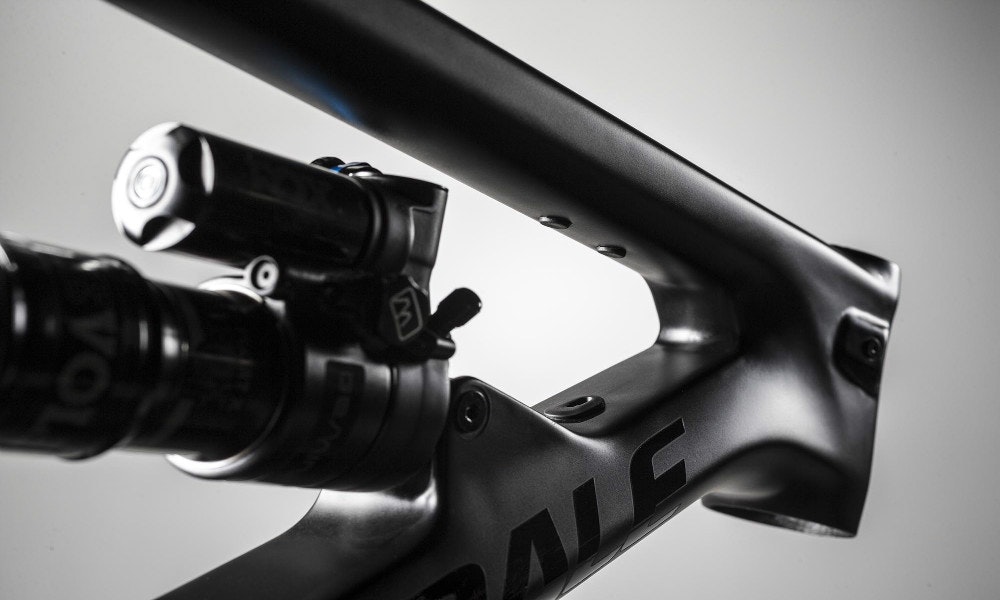 While the Jekyll 29 is 1x drivetrain specific, Cannondale have worked hard to future proof the frame. With this, the frame features customisable internal cable routing ready for gear, brake, dropper seatpost and suspension lines.

The Jekyll 29 is also fully electronic groupset ready if you ever decide to take the plunge to motorised shifting.

Cannondale’s mountain bikes are perhaps best known for the unique one-legged Lefty fork design. The Lefty recently saw a major update on the brand’s F-Si hardtail cross-country race bike with the introduction of the Lefty Ocho. Despite progress in the one-legged design, the longer travel Jekyll platform is keeping with a more traditional fork.

All Jekyll 29 models make use of the Fox Float 36 (36mm stanchions) with 150mm of travel and a custom suspension tune. The top-end Jekyll 29 1 features Factory-level forks with Kashima stanchion coating, whereas the more affordable Jekyll 29 3 makes use of a Performance-level fork. 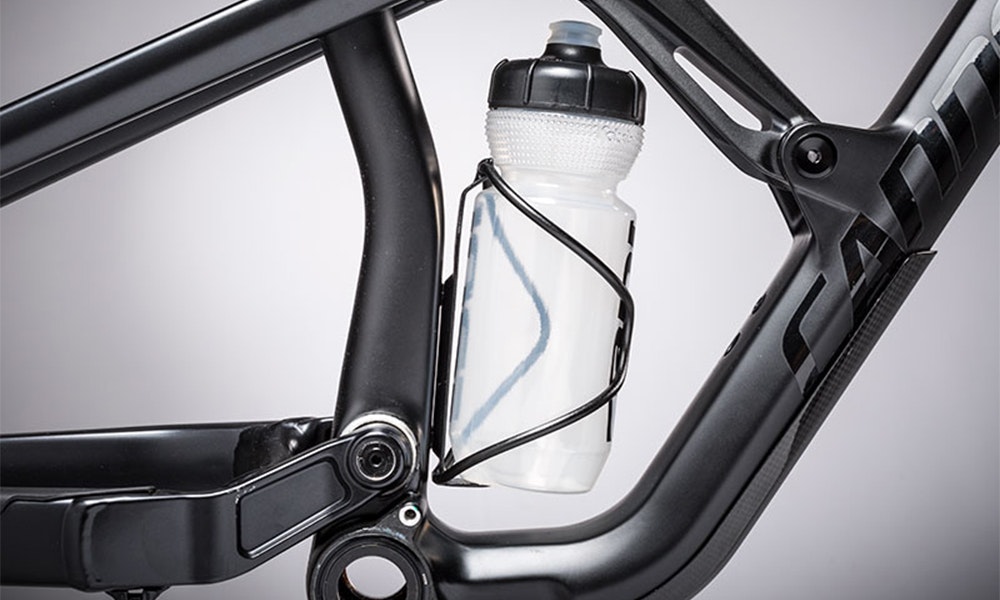 A pet peeve of ours is mountain bikes that can’t carry a water bottle. Thankfully the Jekyll 29 offers no frustration here, with the rear suspension layout allowing a 700ml bidon to be fitted vertically at the bottom of the seat tube. However, a side pull bottle cage will most likely be needed, as is the case with many enduro mountain bikes that accept bottles.

The Jekyll 29 is available in Australia right now from leading retailers across the country. Search for your bike shop for local availability. 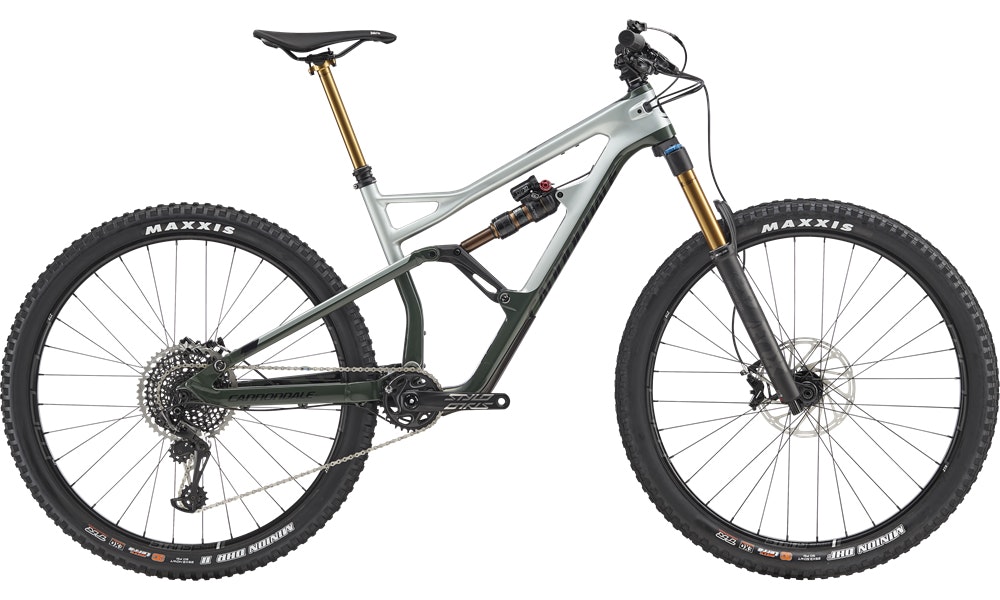 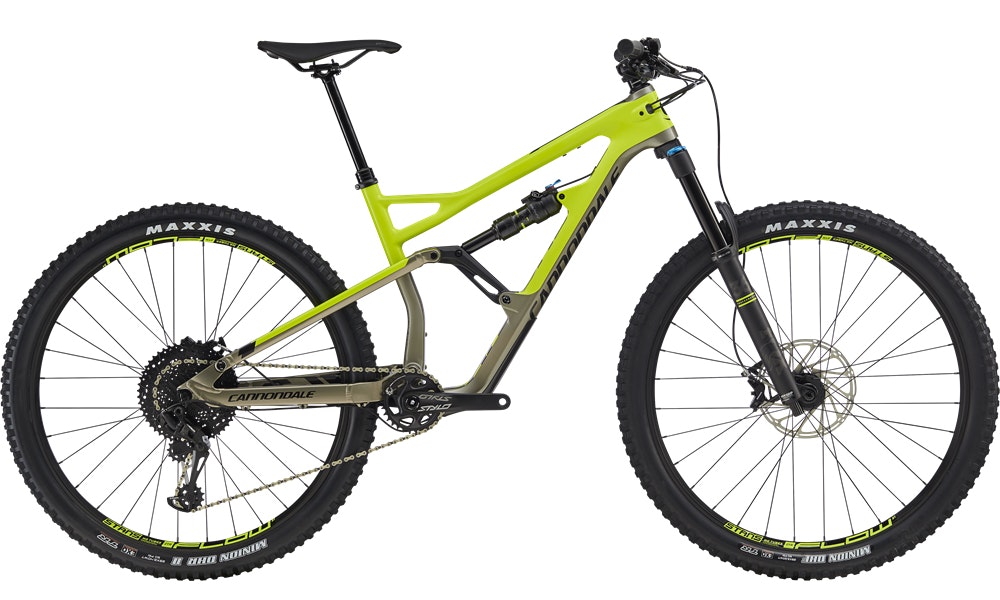 In the market for a new ride? Check out the huge range of Mountain Bikes on sale from leading retailers across the country at BikeExchange, where the world rides