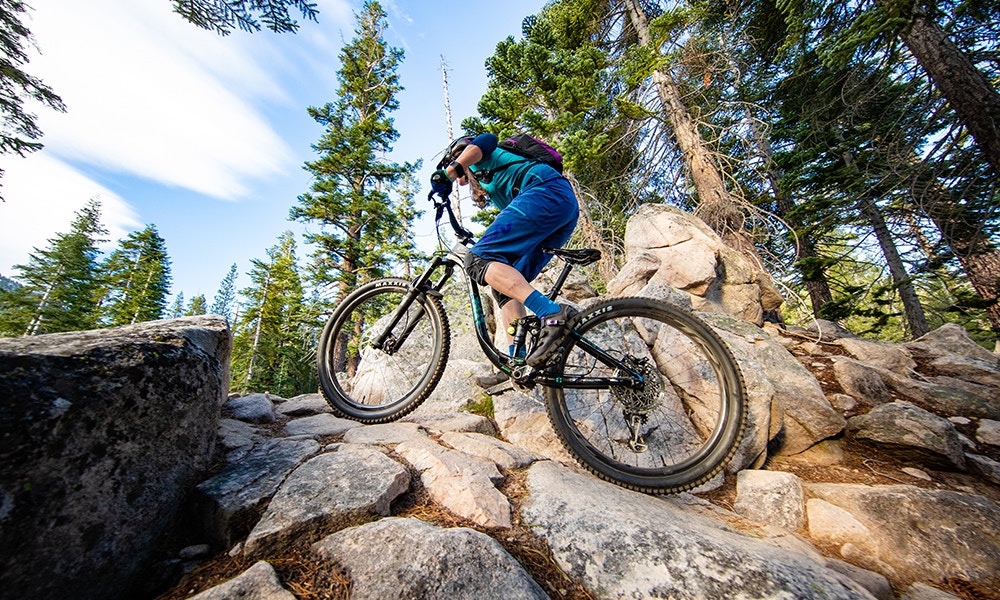 In what has been a Giant month of new bike releases for the world's largest bicycle manufacturer, including the new Defy endurance road bike, Trance 29er trail bike, and a handful of new e-bikes all being announced, womens-specific sister company Liv has pulled the covers off its all-new trail bike, the Intrigue Advanced. The Intrigue moniker was last seen in the Liv mountain bike line-up back in 2016, with the new model filling the glaring trail bike void.

With custom tuned suspension, versatile travel and a geometry that promises nimble yet stable handling characteristics, join us as we take a look at nine things to know about the all-new female specific Liv Intrigue Advanced trail mountain bike. 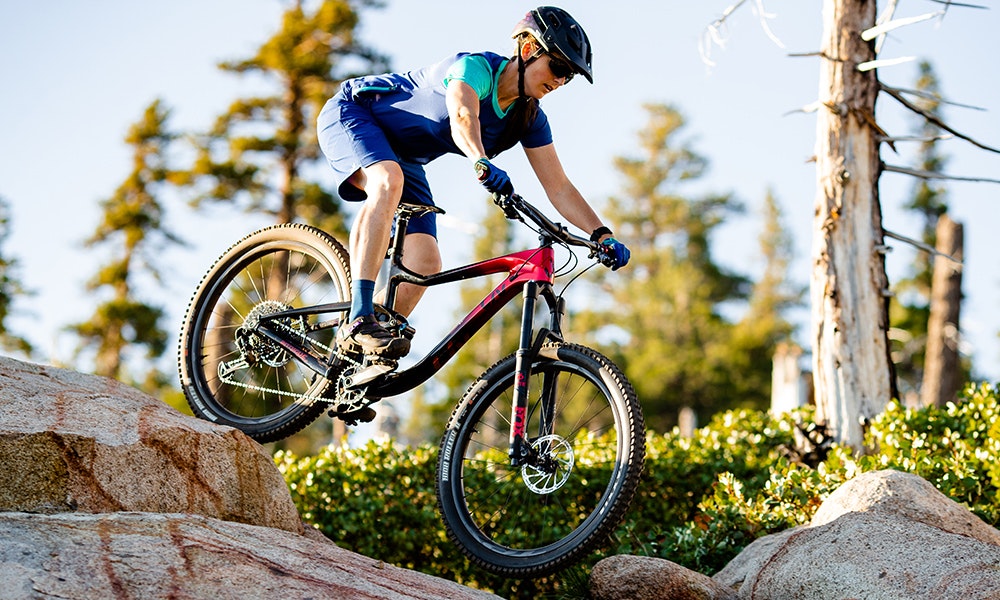 Whilst parent company Giant offers its Trance trail bike, the Intrigue range is by no means a cookie cutter. Like much of Liv’s range, the Intrigue Advanced offers women’s specific geometry, custom tuned suspension, and specific carbon frame lay-ups. It’s a unique product, and one of the only true women’s specific trail designs on the market.

With 150mm of suspension travel up front, and 140mm in the rear, the new Intrigue is a true trail bike. Built around 27.5in wheels, the Intrigue is ready to accept tyres up to 2.6in in width.

The updated geometry is designed to give riders the confidence to tackle a wide variety of terrain. With three sizes on offer, each one gives a clear nod toward modern figures designed for charging tough trails.

A short rear end (438mm) is claimed to provide agility and climbing prowess, whilst Liv state that the slack 66.5-degree headtube and steeper 74.5-degree seat tube angles ensure the Intrigue is just as playful as it is stable.

3. Custom Tuned For Women, By Women

Liv worked closely with DVO, a number of its brand ambassadors and professional riders to dial in the suspension tune for both the fork and travel rear suspension. As a result, the flagship Intrigue Advanced 0 makes use of DVO’s top-end Diamond 150mm travel fork and Topaz 2 rear shock.

This dialled, balanced and fine-tuned suspension feel isn’t just limited to the flagship option either, with Liv claiming the entire range benefits from much of the same rebound, damping and compression characteristics dialled in during extensive testing. 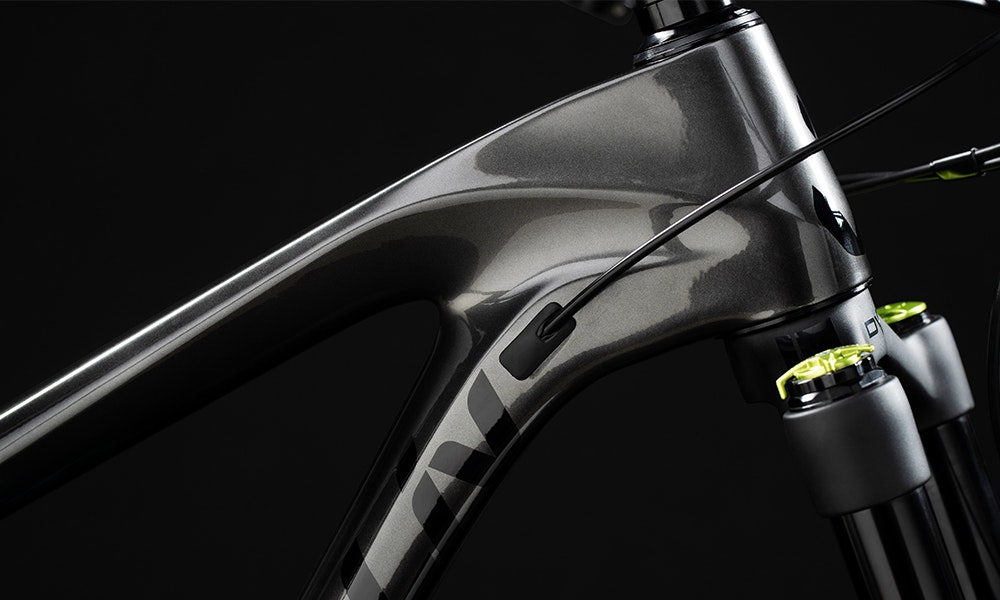 At least for the moment, the new Intrigue is only available with this carbon frame. There’s no word on a lower cost full aluminium option yet.

The entire Intrigue Advanced range also scores [dropper seatposts](/blog/buyers-guide-to-mountain-bike-dropper-seatposts as standard. Dropper seatposts are widely regarded as one of the most important innovations to hit the mountain bike world in recent times. Dropping the saddle out of the way allows riders to lower their centre of gravity to confidently rip down trails to their heart's content. 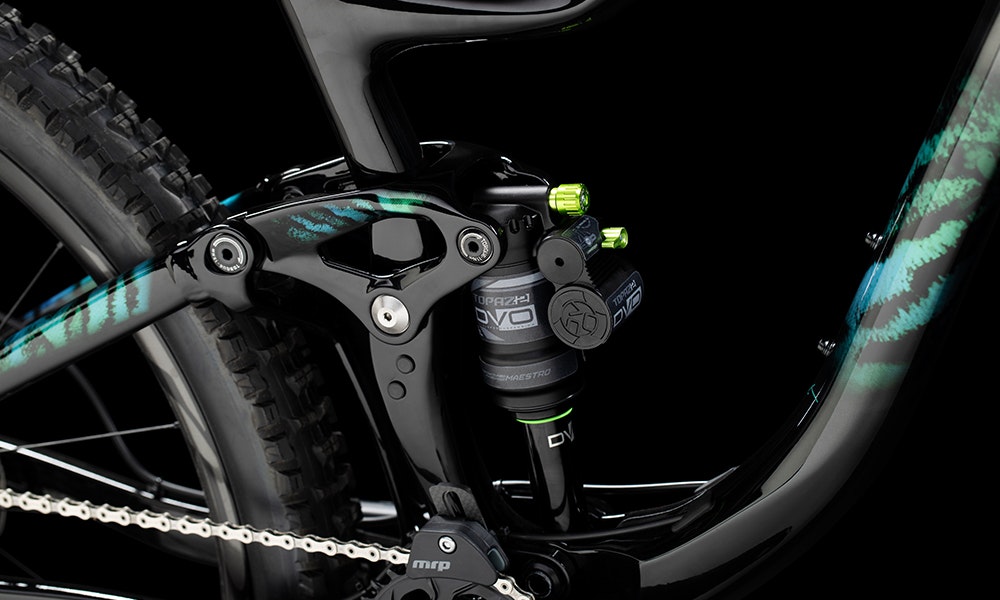 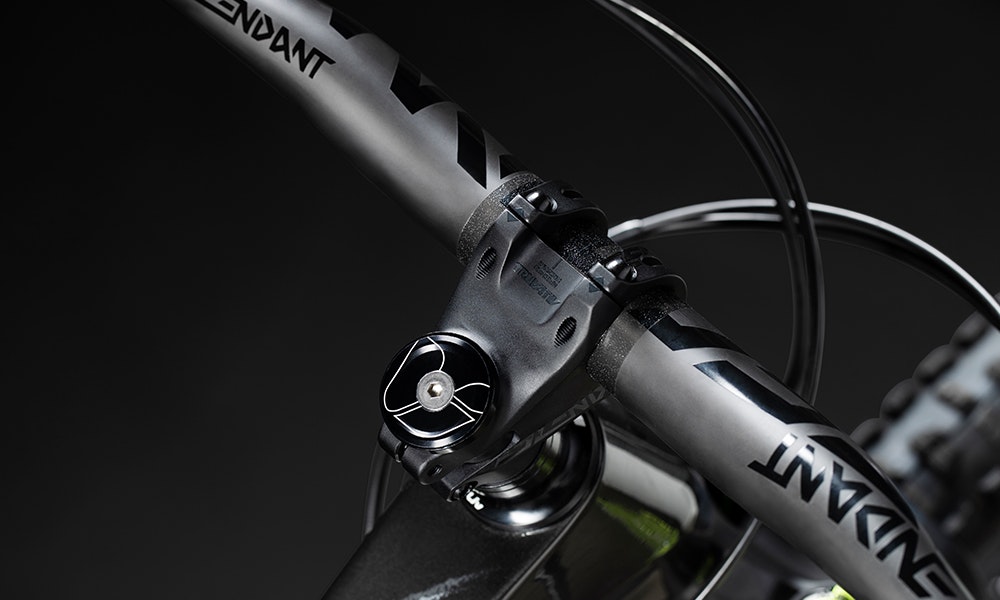 Moving to the contact points and the Intrigue makes use of refined cockpit components. Featuring a 35mm diameter handlebar and a 0 degree 35mm stem courtesy of Truvativ, the new cockpit is said to provide additional stiffness for greater descending precision.

8. Tubeless Out of the Box

As is the case with the majority of the Giant and Liv offroad range, the Intrigue is shipped with tubeless wheels and tyres set-up and ready to go. The Intrigue range makes use of the recently overhauled TRX wheelset, which features 27mm internal width rims, with hubs from DT Swiss. These are wrapped in grippy 2.5” wide Maxxis rubber.

Tubeless tyres are greatly favoured by mountain bikers thanks to their ability to run incredibly low pressures without risk of puncture. Low tyre pressures result in improved traction, a smoother ride and just generally greater control.

The 2019 Liv Intrigue Advanced is available in Australia right now. Search for your bike store to check local availability.

Models and pricing for the Intrigue Advanced are as follows;

New to the world of mountain bikes and want to brush up on the basics? Our Ultimate Guide to Mountain Bikes is loaded with all you need to know about these capable offroad rides.