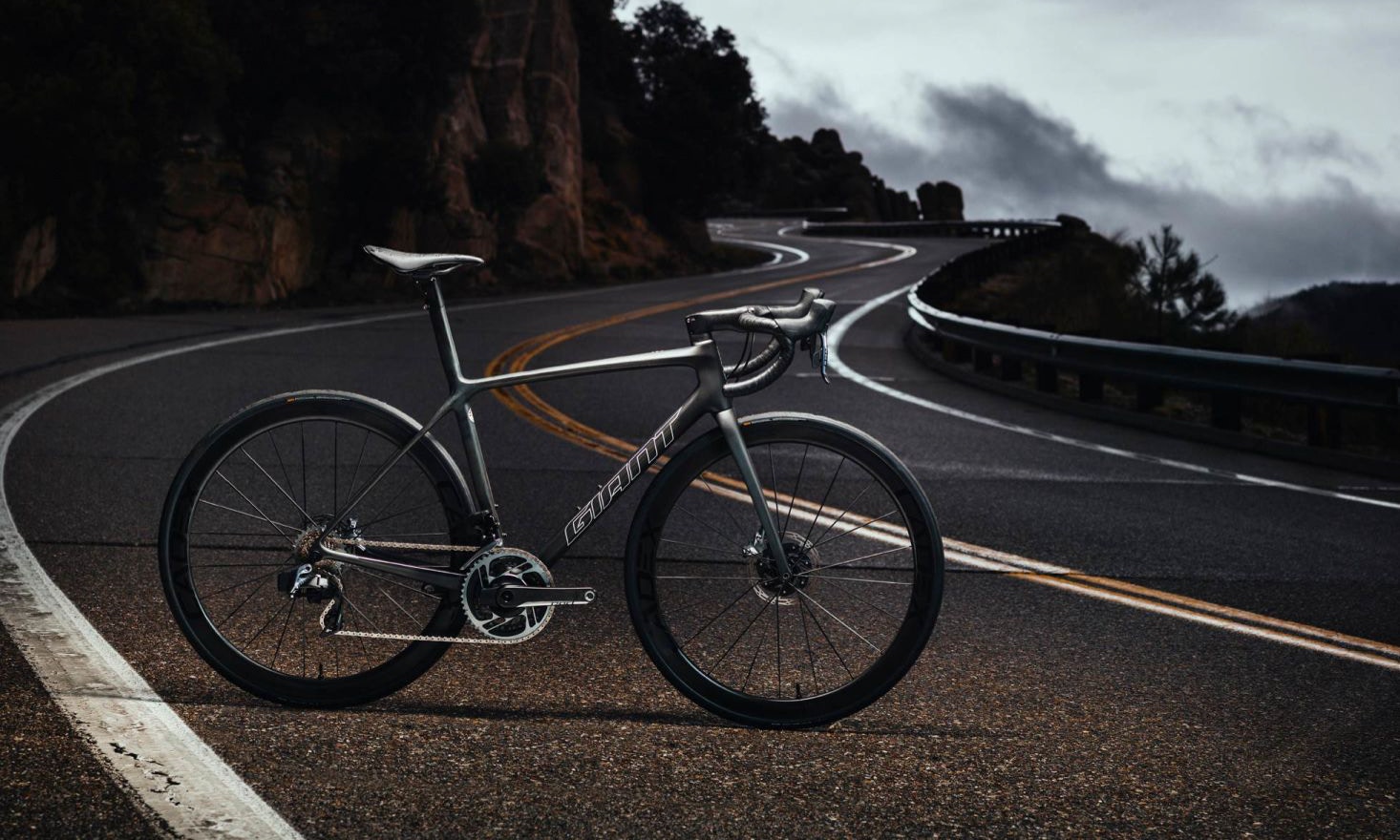 Now in its ninth iteration, the world’s largest bicycle manufacturer has pulled the curtains back on the latest version of its perennial race bike, the TCR. In a case of evolution rather than revolution, the new steed is said to be more refined than ever, and bang up to date with its rivals in the peloton. So without further ado, join us as we take you through 10 things to know about the all-new Giant TCR. 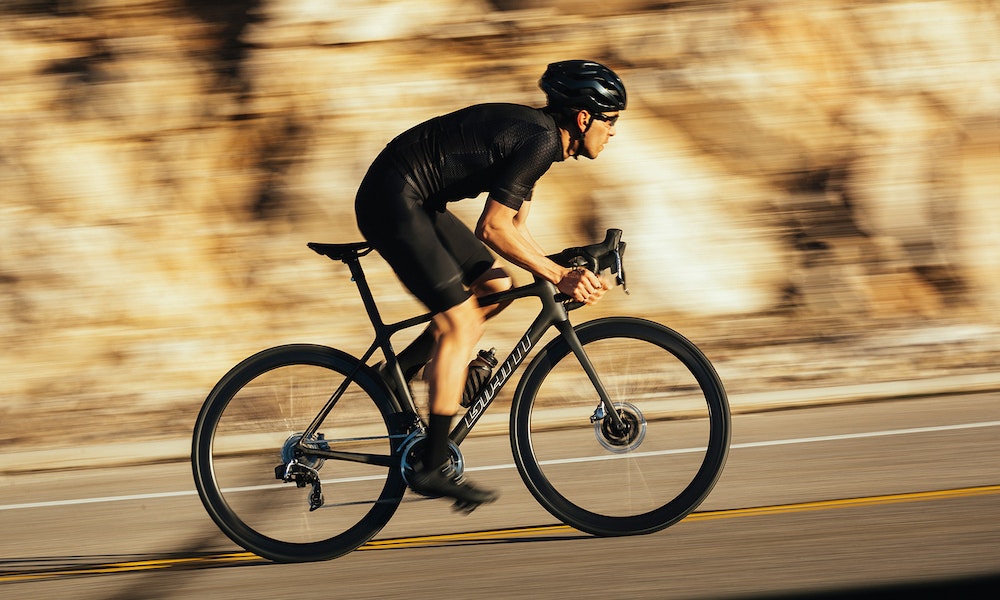 Twenty years ago, the TCR was radical, controversial and arguably pioneered the sloping top-tube norm that is more or less seen across the board today. Now in its 9th generation, the TCR still retains that classic compact road silhouette the brand is famous for, albeit refined in just about every conceivable way. The latest iteration is what Giant claims is the “Total Race Bike”, faster than ever, lighter than its predecessor, more aero, stiffer and more comfortable to ride.

Giant claim that much of the efficiency gains made in the finished bike come through an all-new state of the art manufacturing process. For its top of the line Advanced SL framesets, the Taiwanese manufacturer is using a new “Professional Grade” raw carbon that’s said to be lighter, stiffer and provide increased impact resistance. Each TCR frame also makes use of laser cut carbon sheets for ultra-precise cuts while the layup on SL grade framesets is also claimed to be done in part by robot and by hand in its factory. Robots and Lasers, that's right folks, the future is here!

Comprised of over 500 individual carbon sheets, the 2021 TCR SL is claimed to be 140 grams lighter than it’s already featherweight predecessor. 54g of those savings are said to come from the new layup in the frame and fork, while an estimated 65g is saved thanks to an ultra-thin paint process that’s exclusive to the TCR Advanced SL 0. All told, the claimed weight for a Size Medium SL 0 frame is said to be 765 grams with the all-new fork adding another 330 grams.

With those feathery wight figures, the question remains as to how it stacks up against its competition. Based on claimed weights, the 2021 TCR is 105 grams lighter than Specialized S-Works Tarmac Disc and an impressive 322g lighter than the Cervelo R5 Disc.

3. Stiffer Where It Counts 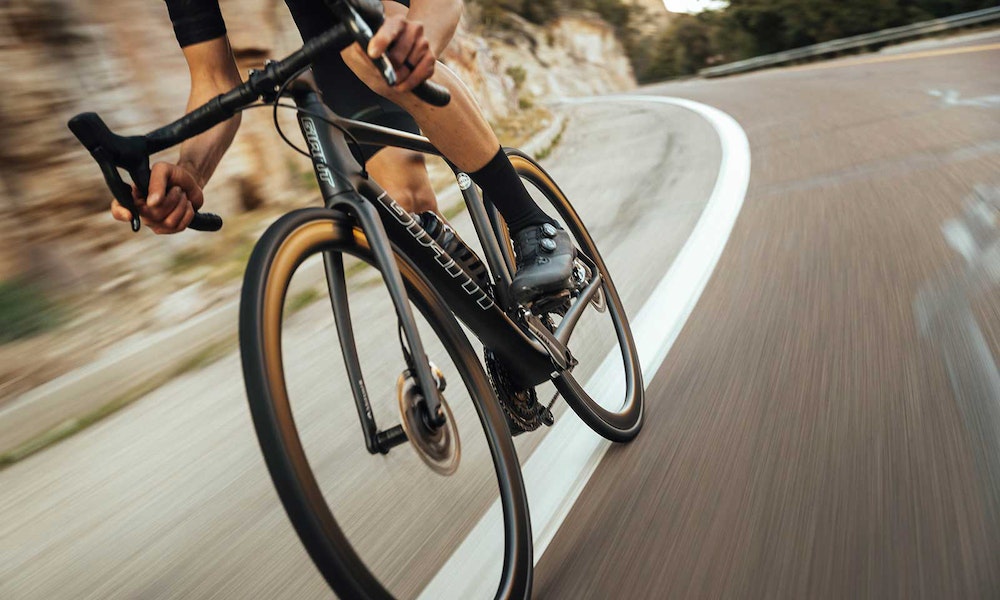 Technically speaking the TCR is said to be marginally less stuff than its predecessor. However, thanks to a lighter overall frame weight, the stiffness to weight ratio has increased on the whole. Thanks to the refined carbon layup, Giant claim that the new TCR has increased torsional rigidity, making for a steed that’s even more efficient out of the saddle when the road points up. Looking again to its competition and Giant claims its TCR is 10% stiffer than the S-Works Tarmac, 16% stiffer than the Cervelo R5 and a not so marginal 26% stiffer than the Trek Emonda SLR Disc. 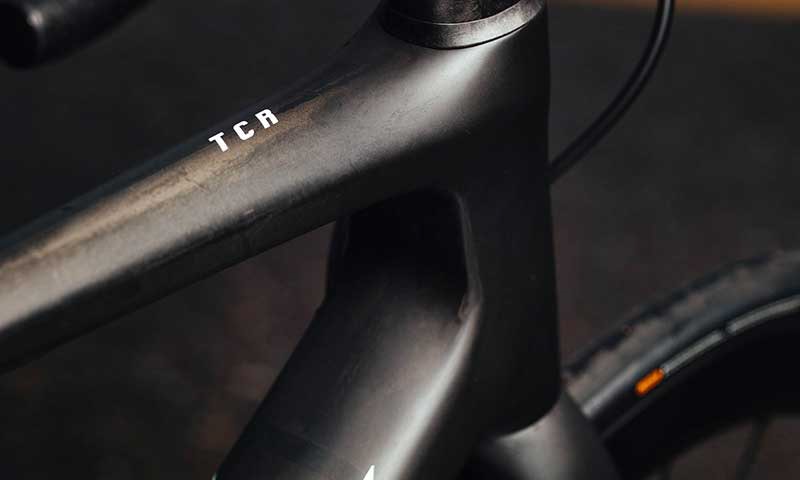 It’s no secret that in the real world, aerodynamic efficiency trumps feathery weight figures in just about every test. For that reason, it should come as no great surprise to learn that the new TCR incorporates more than a handful of aero tweaks across its update frame and fork design. Utilising a “Truncated Ellipse” shape across crucial area’s of the frame are said to aid in smoother airflow across the bike across a wide range of wind angles.

Interestingly, all of the wind-tunnel testing was said to be conducted under refreshingly normal conditions. Aero efficiency claims are were said to have been taken at a somewhat attainable 40kph, with two bidon cages attached and in use. No 50-60kph wind tunnel tests or bike on a stand claims here. What’s more, Giant also has a mechanised mannequin it uses to simulate real-world riding conditions making for figures that make sense and are likely to be tangibly noticeable to the large majority of riders that will end up perched atop the new steed.

While Giant isn’t shouting extraordinary claims from the rooftops in its communications, the Taiwanese manufacturer claims that the new TCR saves an average of 0.5 and 0.4 watts at 40kph compared to the S-Works Tarmac Disc and Cervelo R5 Disc respectively, and opening up to a not so marginal 13.9 watts over the weight-over-aero focussed Trek Emonda SLR Disc. 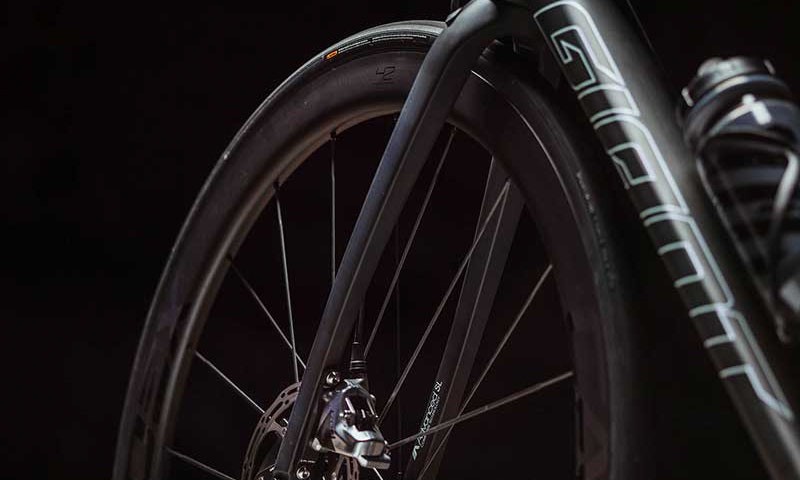 Further adding to the svelte new weight figure and increased efficiency claims is an all-new fork design. Said to tip the scales at just 330g, the redesigned fork utilises the truncated ellipse flat-back design for smoother airflow which makes for a fork that’s has a noticeably thinner aesthetic compared to its predecessor. While it’s svelte in profile, as mentioned previously, Giant claims the fork is just as stiff as the outgoing version.

In the name of versatility and rider comfort Giant has tweaked the fit of the 2021 TCR which is said to improve handling across the board compared to its already sharp predecessor. The bottom bracket is said to be 2mm lower across the size range. At the same time, stack and reach figures have been tweaked across smaller sizes (XS - M/L) favouring stability and is said to improve handling characteristics at higher speeds in smaller frame sizes. 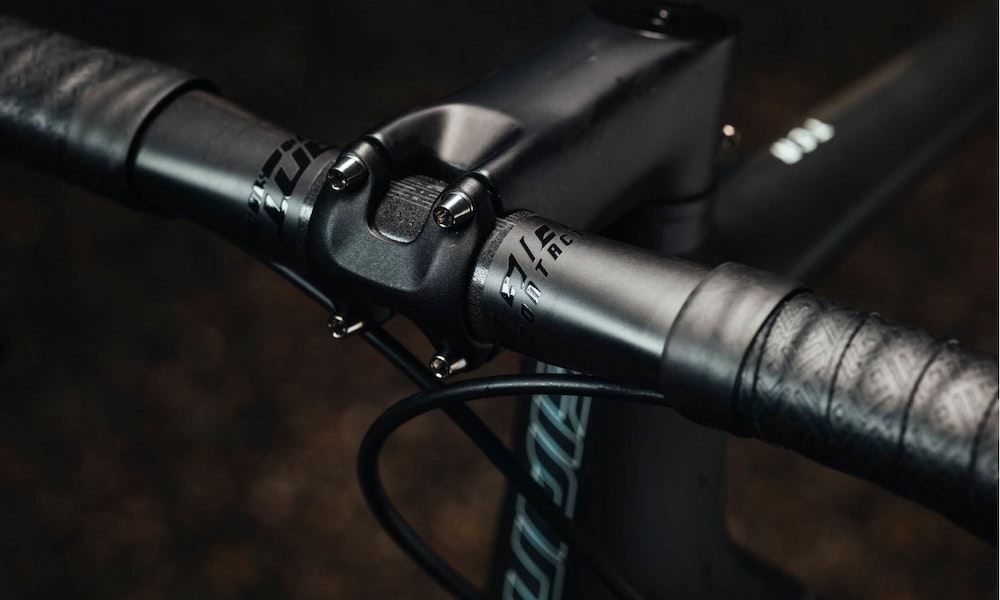 While a host of smaller tweaks across the board have made for a rather large update for the 2021 TCR, some key characteristics have carried over to the new bike. Most notable of these is the use of an integrated seatpost on SL level framesets, which is said to aid in comfort and ride manners. As has been the case with TCR’s of old, riders will have likely have to face cutting up their new and expensive frame to fit their needs.

Also carried over are Press Fit bottom brackets, with the entire range making use of a PF86 bottom bracket shell while up top, Giant has kept both shop mechanics and DIY aficionado’s in mind deciding against an internally routed cockpit set-up to make the bike easier to work on. 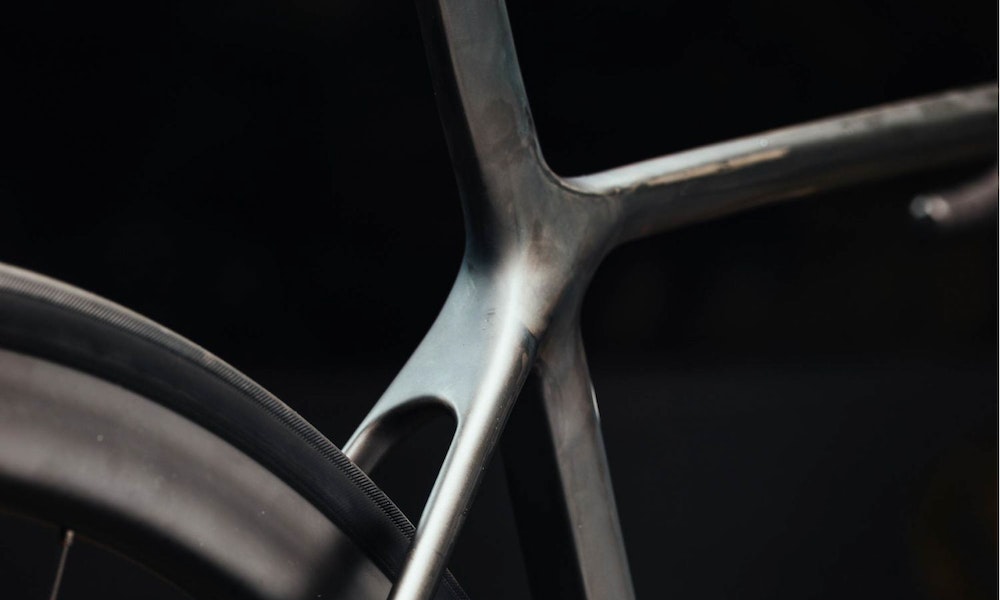 Keeping pace with the industry and increasing the versatility of the bike, the 2021 TCR is said to accept tyres up to 32mm wide in disc brake variants. Rim brake versions of the TCR are more limited at 28mm; however, it goes without saying that the room for wider rubber expands the range of surfaces the TCR can thrive on, which is sure to appease those looking for a bike for almost every occasion.

9. Rim Brakes are Here to Stay (For now)

Finally, some news to appease the purists and fundamentalists at heart, the rim brake is here to stay, for the time being at least with a rim brake option available across every frameset level in 2021. It remains to be seen whether all markets will choose to adopt the full gamut of options available; however, the fact that they exist in the first place is encouraging for those who prefer a more traditional approach to slowing.

At the time of publishing, local availability and pricing are yet to be confirmed; however, globally, six build levels of the 2021 TCR have been announced. For local availability, check with your [nearest Giant dealer] for more information. 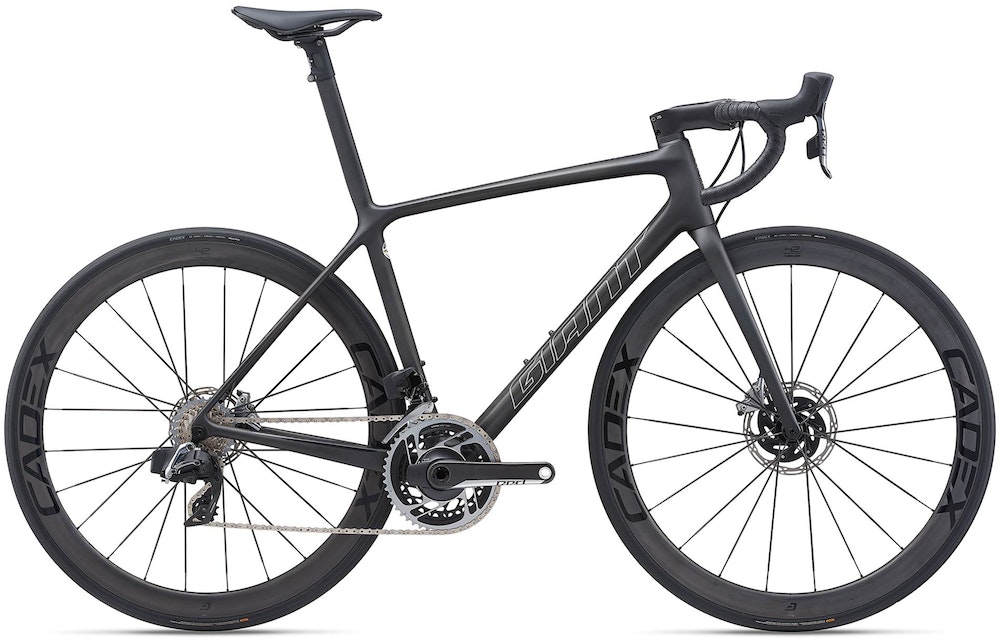 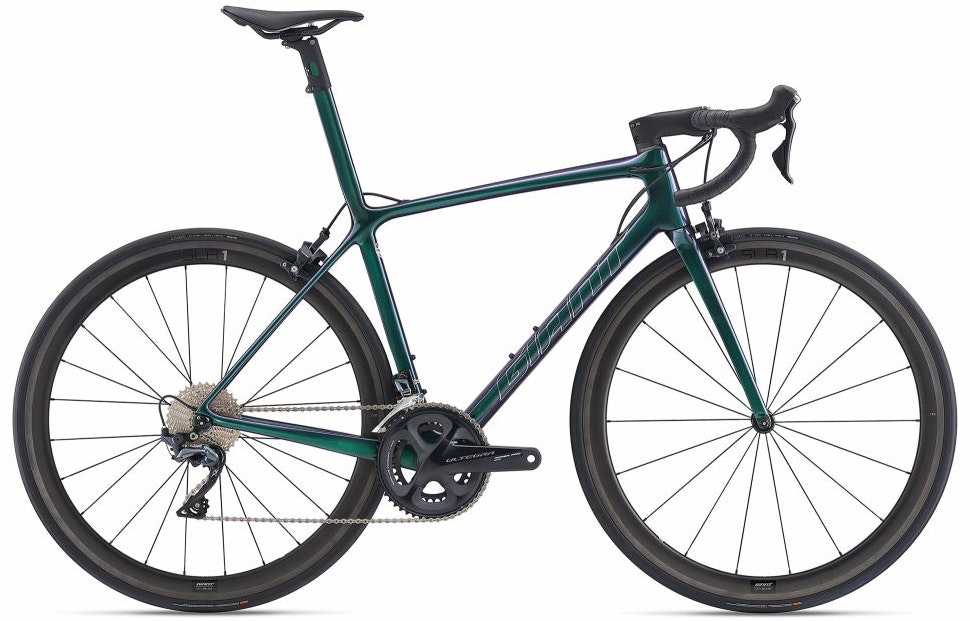 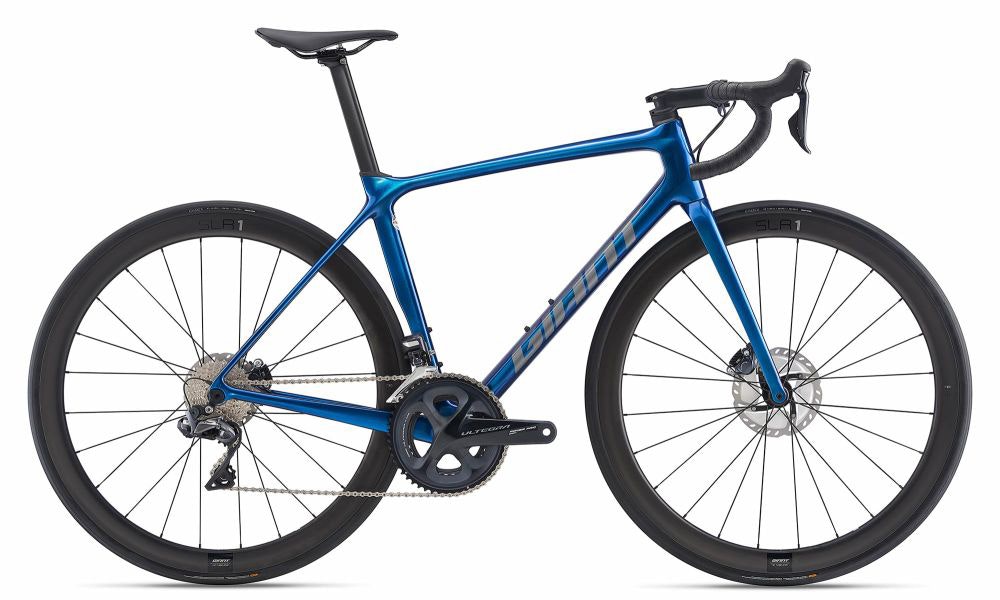 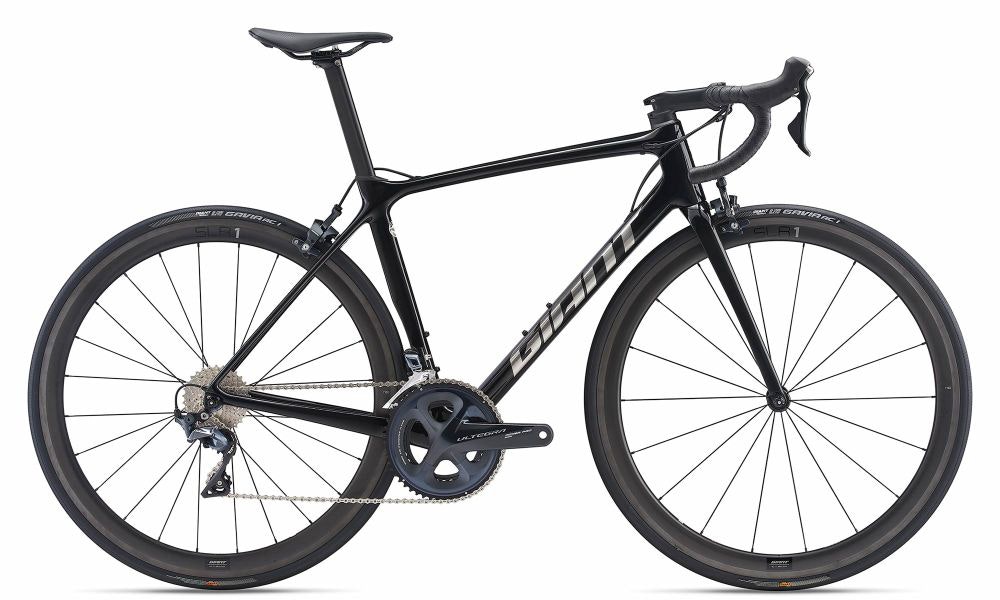 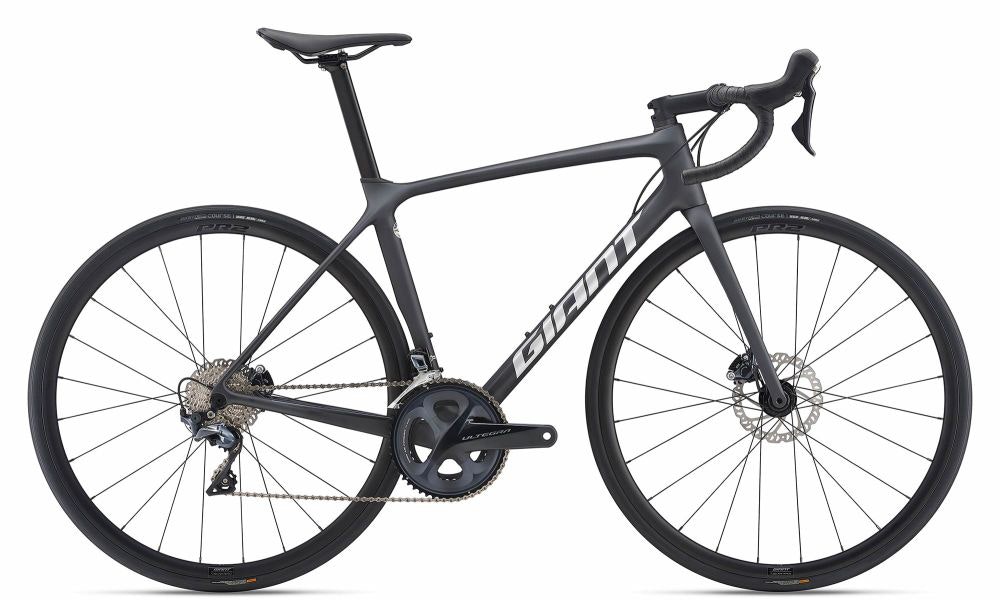 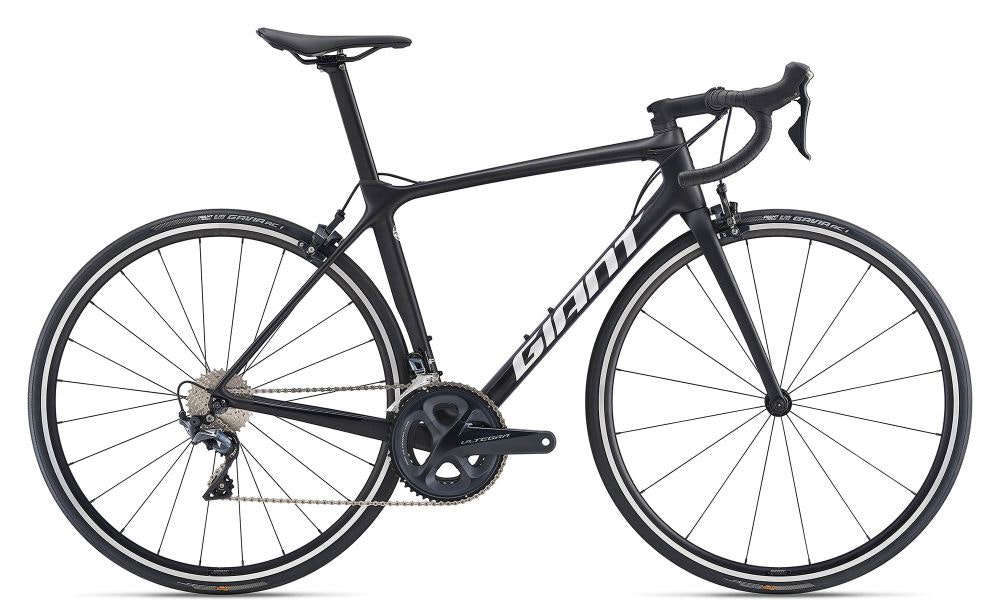 With the 2021 TCR sure to hit shop floors in the coming weeks, right now is a great time to grab a great deal on a current model TCR. Shop the wide range of Giant Road Bikes from leading independent retailers across the country right here, at BikeExchange.