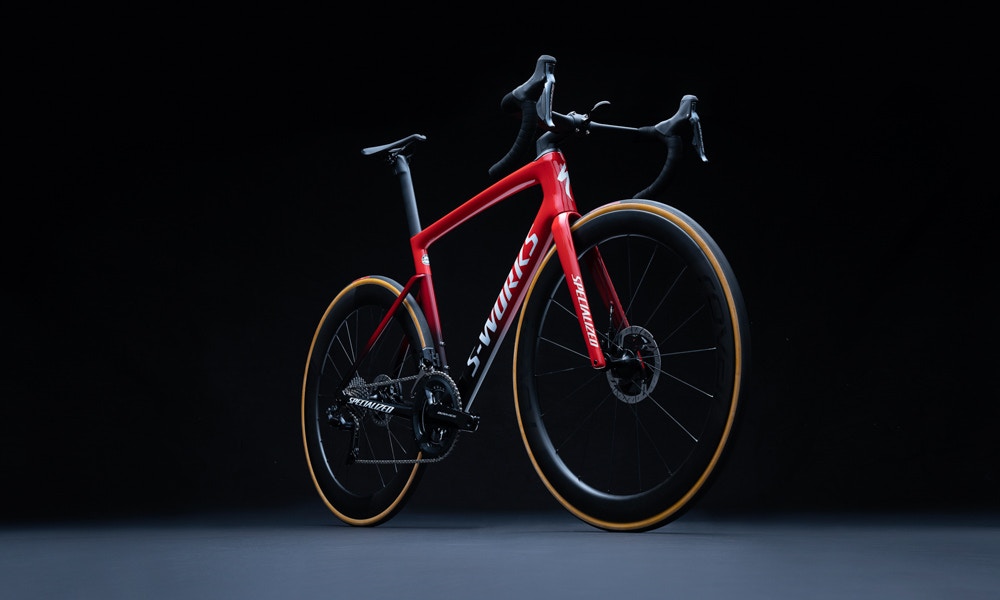 Announced on the eve of the 2017 Tour de France, the SL6 iteration of the Specialized Tarmac is an all-around race bike not short on accolades. Three years on and the big S have gone back to the drawing board to refine the race-winning steed, a process which as both brought its perennial race bike bang up to date with its competitors as well as put its Venge stablemate on notice. Said to be as fast as an aero bike, yet retain all of the comfort and race bike qualities that made the previous iteration so great, join us as we take you through all you need to know about the 2021 Specialized SL7 Tarmac.

It’s not too often that a bike release, in one fell swoop replaces not, one, but two bikes in the product lineup. Yep, the SL7 Tarmac, in its pursuit of aerodynamic efficiency, as well as a UCI limit defying weight has more or less fused with its stablemate in the Venge, while replacing the previous iteration of the Tarmac at the same time.

The Venge will still be offered to consumers (for the time being); however, as modern race bikes continue to become more refined, within the UCI regulations, it’s hard not to see this as a sign of things to come. 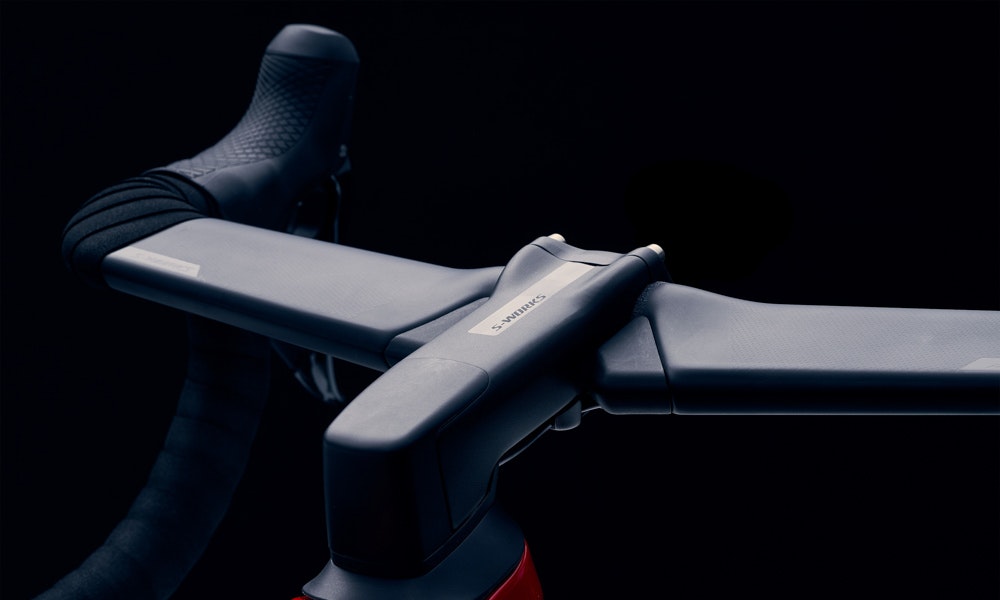 The marketing for the latest iteration of the Tarmac touts some pretty impressive figures around the new models’ efficiency in the wind. Specialized says that over a 40km course, the new SL7 Tarmac in S-Works build is 45-seconds quicker than the previous SL6 S-Works Disc. Much of this gain has come with Specialized reaching tidying up the front-end of the bike.

Utilising the Aerofly II handlebar debuted with the Venge, and combining it with a tweaked version of the Venge stem that hides the cabling, headset preload and steerer tube bolts behind a plastic cover. Having the cables routed underneath the stem means that riders can adjust the stack without disconnecting brake, shift or Di2 lines. Additionally, if the aero-shaped bar isn’t your style, alternative headset spacers are on offer for those running a more traditional handlebar.

3. Geometry on Carries Over

Rather than mess with a winning race-bike recipe, Specialized say that the fit of the SL7 Tarmac is identical to the SL6 it replaces as well as the Venge. Specialized makes no apologies that this is a bike designed to be raced. This means a long and low position for all with reach figures ranging from 369mm through to 411mm across the 44cm-61cm size range, while stack figures range from 491mm to 602mm. The same 410mm chainstays are used across the range for quick acceleration while a relatively steep trail figure is said to provide snappy handling. 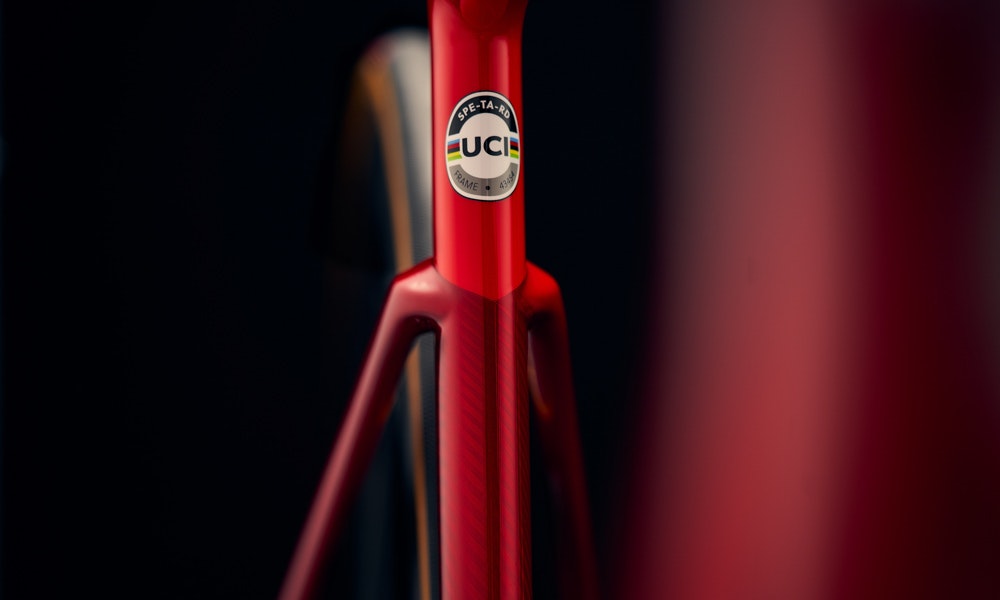 As is the case with just about all road and mountain bike in the Specialized product lineup the Tarmac SL7 will be offered in both S-Works and Standard Specialized guises. Specialized says that both framesets have been tweaked from the SL6, incorporating its “FreeFoil” library only to use frame shapes that balanced the best in weight, stiffness and aerodynamics.

The lay-up is also said to have been tweaked on S-Works models with the flagship iterations making use of the companies FACT12r carbon, whereas the rest of the range makes use of FACT10r carbon. The difference here is mostly in weight with the S-Works module said to tip the scales at 120grams lighter than it’s more affordable (relatively speaking) sibling.

Extrapolated out to a complete build, Specialized says that an S-Works Di2 build with a painted colourway tips the scales at a 6.7kg while at the other end of the spectrum the most affordable bike in the lineup, the Tarmac SL7 Expert Ultegra Di2, is said to weight in at 7.65kg.

After almost a decade of press-fit bottom brackets adorning the Tarmac range, for 2021 Specialized makes a move back to a regular BSA bottom bracket standard. This not only has home tinkerers rejoicing but also should see appease potential buyers previously put-off by creaky bottom brackets.

The tyre clearance of the new model has also been upped, with Specialized claiming the S7 will comfortably swallow tyres up to 32mm in width with ample clearance either size for road debris and the like. 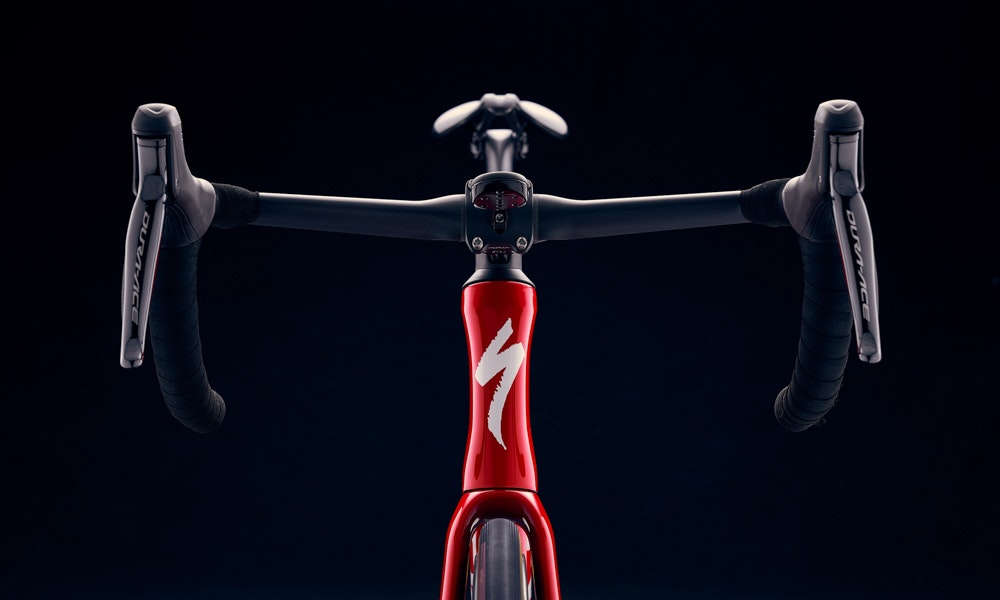 An in house concept that has been around for several years, Specialized continues to stick to its goal of building bikes for all riders, regardless of gender with its Rider-First Engineering philosophy. Rider-First Engineering is said to ensure that every Tarmac is designed to handle and perform in the same way regardless of frame size thanks to size-specific carbon lay-ups and geometry tweaks.

In a move that should surprise no-one, the latest Tarmac will be disc-specific with no rim-brake models offered locally, or globally. What is welcome news though is that the SL7 is said to accept both mechanical and electronic groupsets, with all cabling running fully internally through the frame.

Additionally, the SL6 looks set to continue to live on in base-model form in the SL6 Comp and SL6 Sport models. The SL6 models make use of FACT9r carbon lay-up and are priced at AU$5,000 and AU$4,000 respectively.

The 2021 Tarmac SL7 range is available around the country as of today. Check with your nearest bike store for local availability.

The Australian Tarmac SL7 range, including pricing, is as follows;

Pricing correct at time of publishing

In the market for a new Road Bike? Check out the massive range of bikes on offer from leading retailers and bike brands right here, at BikeExchange.