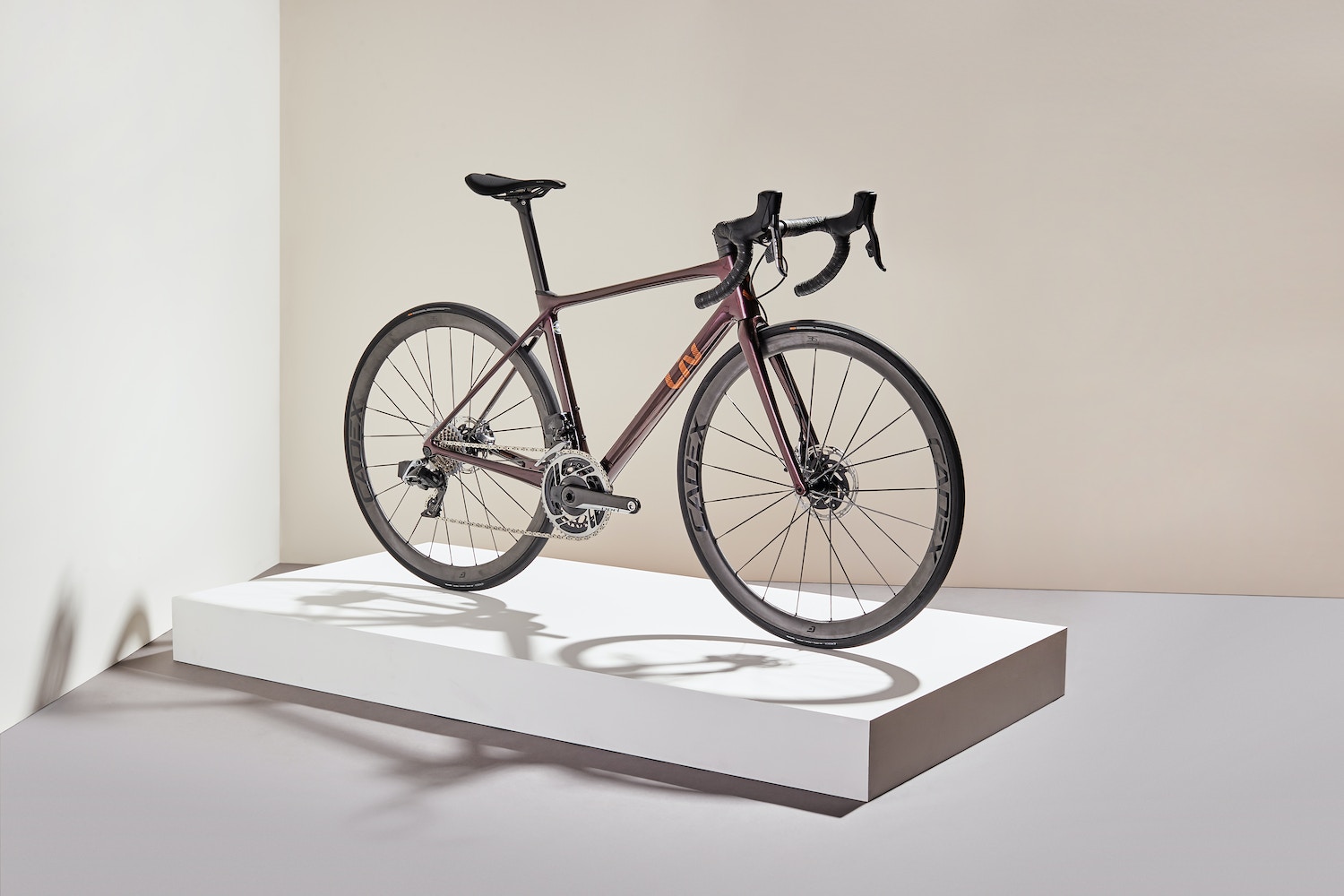 First released back in 2017, the Liv Langma at the time of its release was the lightest product bike ever created by parent company, and the world’s largest bicycle manufacturer, Giant.

Now some 4 years later, Liv has given its all-around race road bike an update that sees the featherweight steed gain stiffness, improves its aero efficiency and gain some handling prowess. Read on for what to know about that all-new Liv Langma. 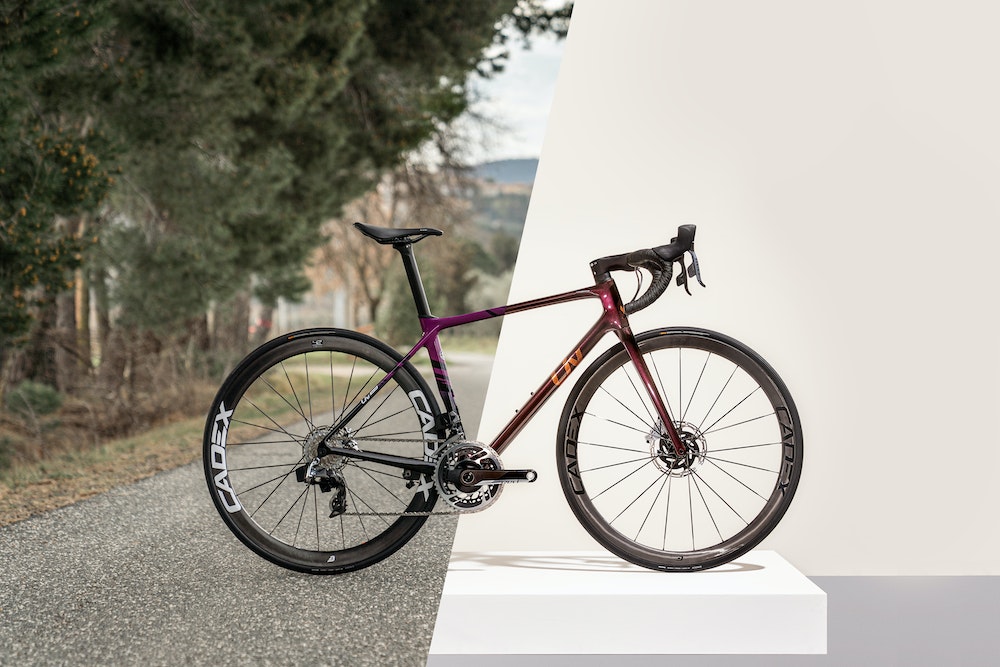 The heart of any bike is its frame, and with the 2022 Langma, its featherweight heart has undergone an update, utilising a new carbon lay-up that is said to both decrease weight and increase stiffness. Liv says this results from using fewer, longer pieces of carbon in the lay-up, which is claimed to offer weight savings of 60g compared to its predecessor, as well as a more responsive ride.

For 2022, the fork on the Langma has been redesigned to responsiveness and handling prowess. The new fork is claimed to be up to 120g lighter than its predecessor, but the main improvement has again come in stiffness, with Liv claiming the upgraded fork offers 50% more lateral stiffness than the outgoing Langma. This increase in lateral stiffness should decrease the momentum loss when climbing out of the saddle and offer a more direct feel to the handling. 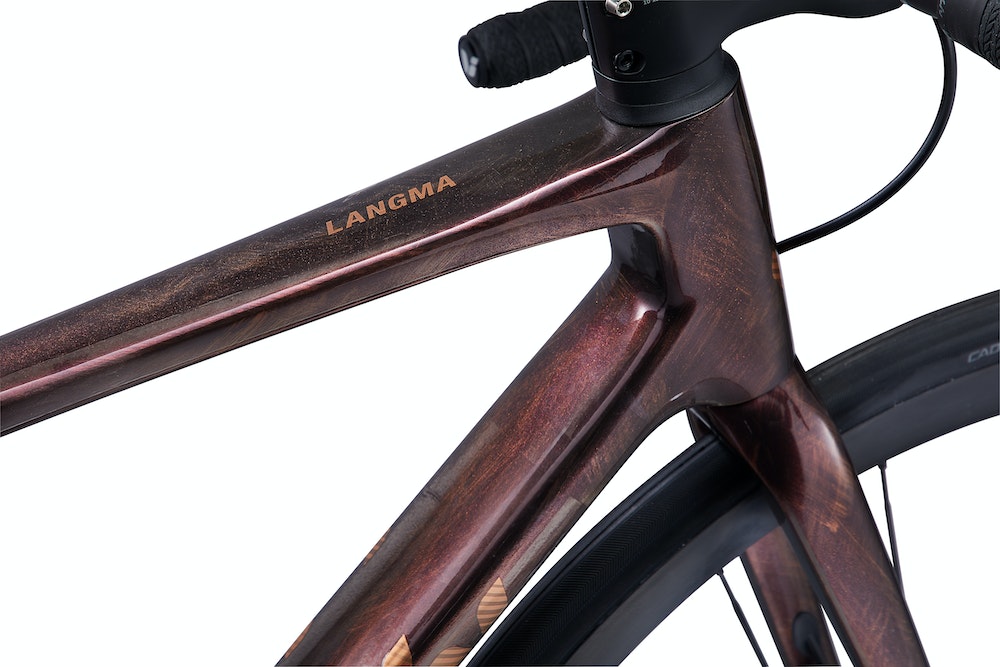 It wouldn’t be an all-around race bike reveal without some tweaks to the aerodynamic efficiency. Rather than a ground-up redesign of the tube shapes, Liv/Giant has stuck with its truncated tube shapes, albeit tweaked slightly for increased efficiency across a wider range of yaw angles or wind directions for us mortals optimised certain areas of the bike. These include a cleaner seatpost clamp, which is now integrated, and a tidier headtube that is designed to be more efficient in the wind.

One of the key terms popping up about the new Langma is its alleged responsiveness. Responsiveness, in this case, goes hand in hand with the stiffness gains that have been made in the revised front fork and carbon lay-up. Liv claims that the new Langma offers 17% more stiffness than the first-generation Langma and crucially 10% more transmission stiffness than its closest rival, the Specialized Tarmac SL7 Disc. In the real world, this torsional and lateral stiffness means that the bike will flex less from side to side or rotationally when putting the power down, which means fewer watts are lost through the frame and drivetrain more efficient ride. There’s no mention of compliance or vertical stiffness, but reading between the lines, we’d expect the Langma to be on par with its predecessor. 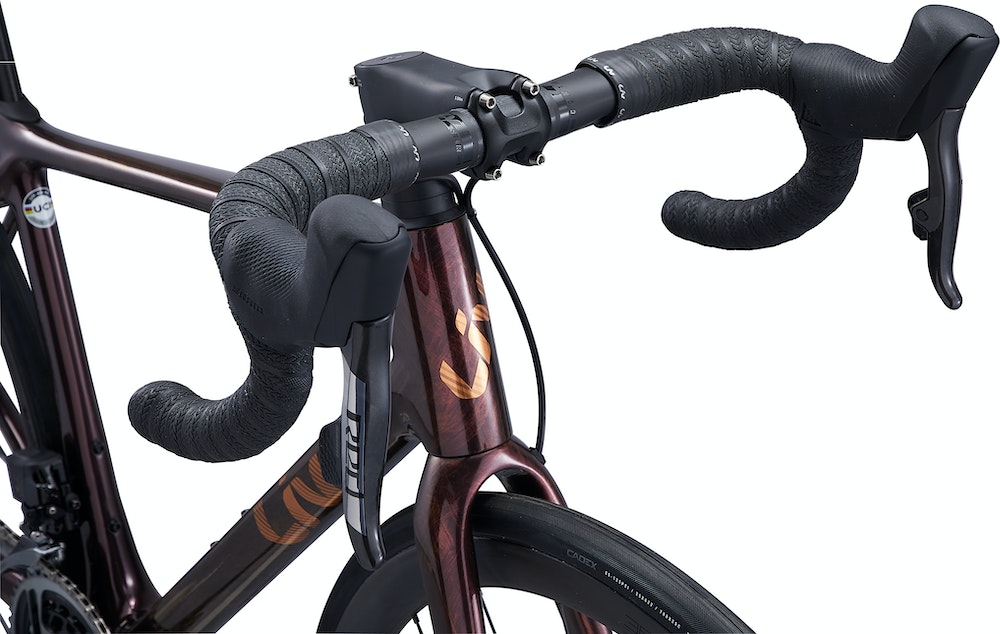 As a company run by women, for women, the Langma range consists of several female-specific touchpoints; most notable is the handlebar and an all-new seatpost. The aero efficient d-shaped Variant SLR Seatpost tips the scales at a claimed 141g, using titanium hardware and is manufactured using the same continuous carbon fibre lay-up technique as the Langma frame. This means that gone are the days of integrated seat posts (ISP) at the range-topping Advanced SL level, which should appease those looking for increased adjustment.

Second is the latest iteration of the Liv Contact SLR handlebar, which features an updated aerodynamic design and further optimised reach and drop figures based on Liv’s extensive data pool of women’s measurements.

As is the case with most bikes in the industry, the 2022 Langma range will be disc-specific, with no rim-brake variants offered as standalone frames. With the move to disc-brakes only, however, the new Langma can swallow rubber up to 32mm wide.

Also worth noting is that the range-topping Lagma Advanced SL is compatible with electronic groupsets only. Liv says that the electronic-only cable routing provides a “clean look” while undoubtedly aiding in keeping the weight down. 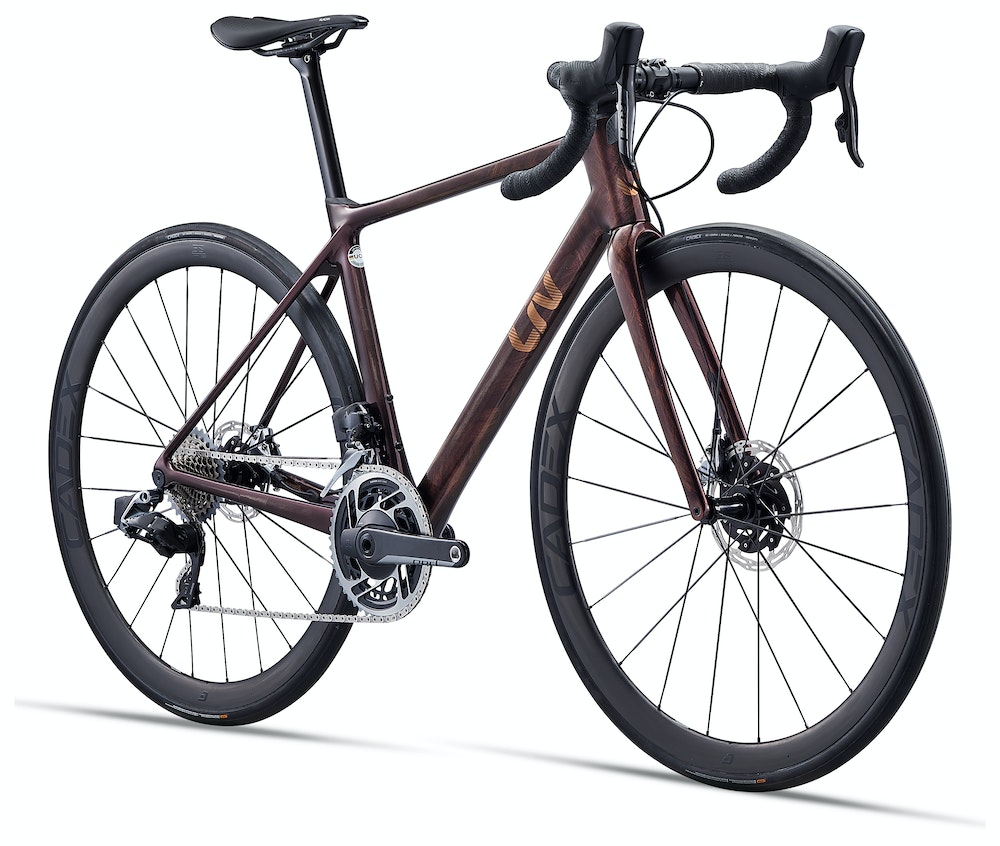 The 2022 Langma line-up consists of three model levels. The Langma Advanced Disc sits at the entry-level and arguably scores the biggest update over its predecessor. With a combined 145g weight saving at the frame and fork, increased stiffness, and the option to run both electronic and mechanical groupsets, this is set to be the most wallet option in the lineup moving forward.

Using a lighter Advanced Pro composite frame and fork, the Langma Advanced Pro is the value for money all-around race bike pick of the line-up. With an integrated power meter and tubeless carbon wheels as standard, these bikes need nothing more than a rider on its perch.

Sitting atop the pile is the range-topping Langma Advanced SL. At the time of publishing, only a SRAM Red AXS variant of the Langma advanced SL is on offer. However, we expect a Shimano variant to hit the market in the coming months.

At the time of publishing, only the Langma Advanced 2 will be available at launch, with the Advanced PRO and SL models set to hit the Australian market in the late Spring. Models and Pricing for the launch models per below; 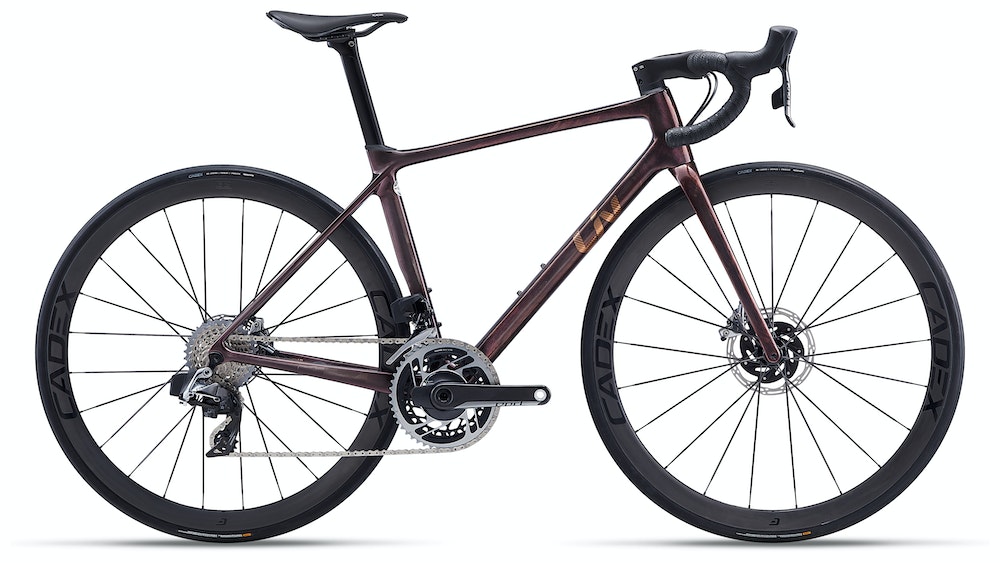 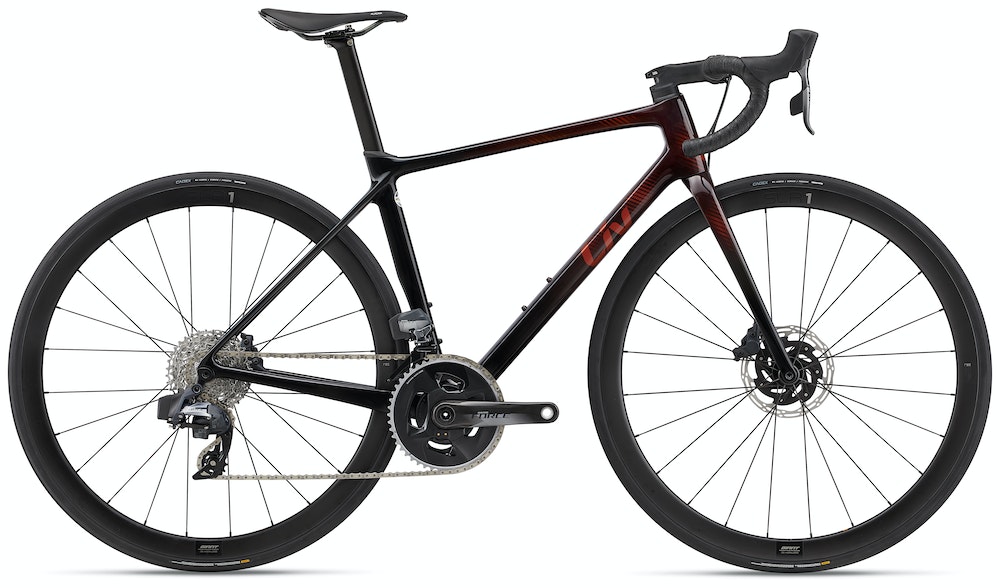 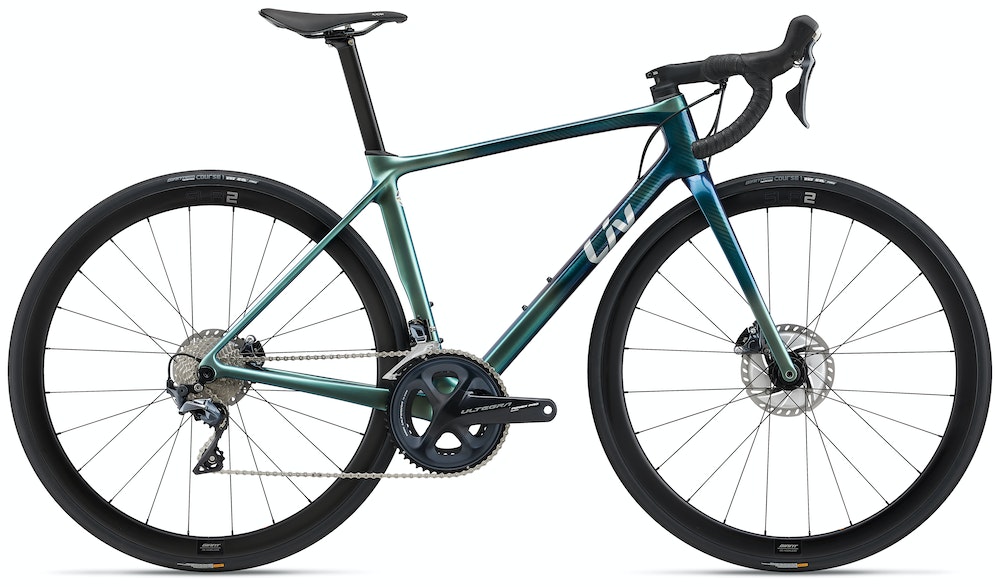 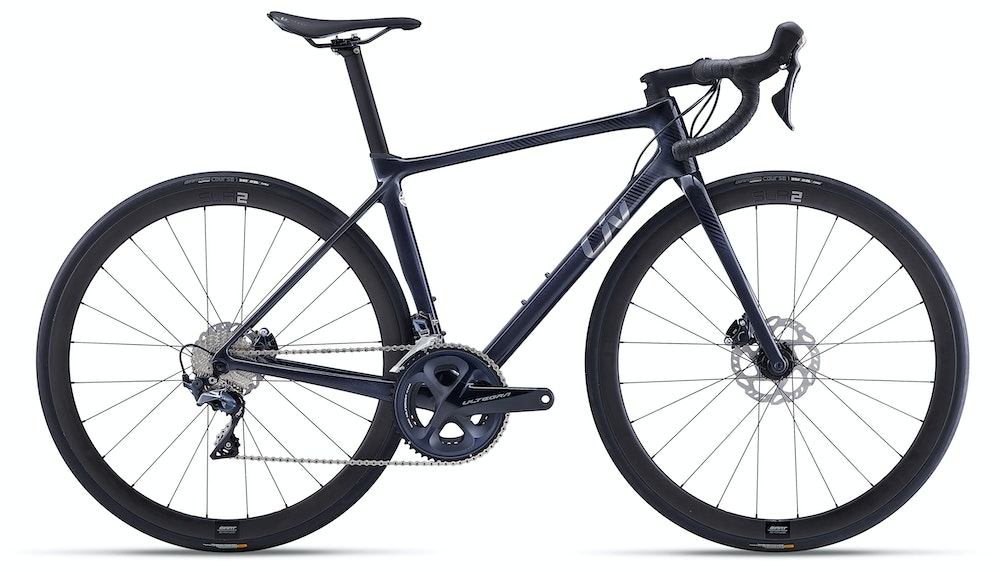 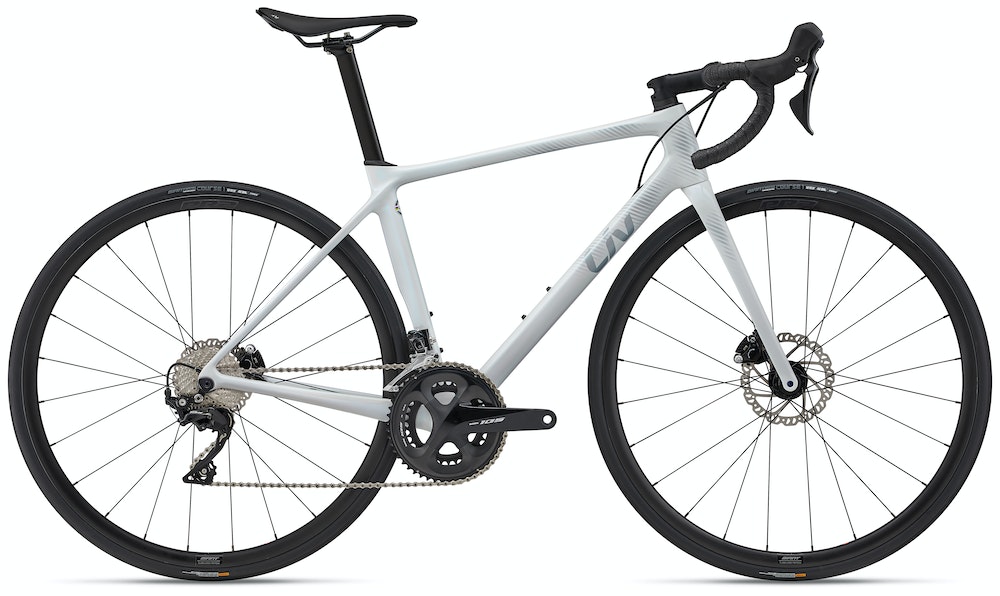 In the market for a new ride and don't know where to begin? Let us do the leg work for you with BikeExchange Concierge!