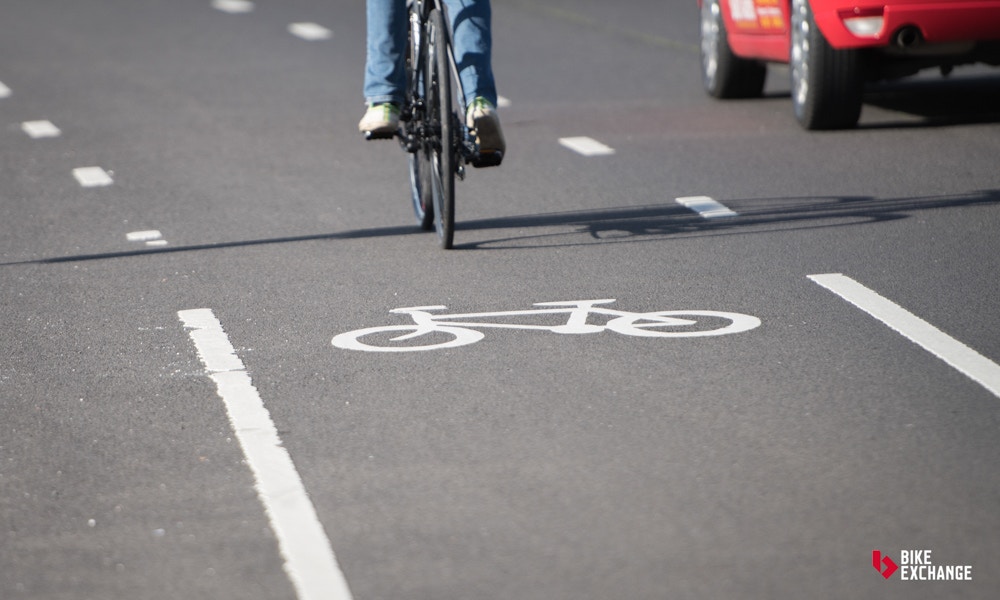 There’s no denying the importance of road safety. It’s a topic that continues to be in the spotlight for both encouraging and tragic reasons. Regardless of whether you’re behind handlebars or a steering wheel, it’s important to have an understanding of the road rules that apply to cyclists.

Under the Australian road rules, a bicycle is considered a vehicle and as such, riders must conform to the same rules as drivers, including some additional bicycle-specific rules. The purpose of this article is to make the road rules and standards as clear as possible and showcase how they are intended to be followed to make your rides as safe as possible.

The standards listed below typically apply to all states and regardless of whether they are enforced by law or not, they typically represent best practise when cycling out on the road. It may not seem like it for some, but bike lanes are continually being added to Australian roads. When out riding on the road, so long as the lane is heading in the same direction as you, as a cyclist, you are required to use the bike lane provided unless it is not practical to do so.

Whilst it is illegal for other vehicles to drive in a bike lane, there are exceptions with vehicles able to drive in the bike lane for up to 50 metres to; turn, avoid an obstruction (crash, breakdown or turning vehicle), enter the traffic stream after being parked other side of the lane or setting down passengers (if driving a taxi or bus).

On some freeways and highways, the shoulder can be used as a bike lane, however, this is not the case on all freeways with riders not permitted to ride on urban freeways and any other roadways signed that bicycles are not allowed.

On many Australian roads, there are shared bike/pedestrian footpaths that run parallel to the road itself. You don't have to use an off-road bicycle path, separated footpaths or shared paths (if there is one) when riding a bike. You can choose to ride on the road instead if you wish. When using a shared footpath, you must observe any speed limitation placed on the path, keep left and give way to pedestrians.

In many cases, it may be safer for a rider to use the road or bike lane, however, common sense should prevail here. As with other vehicles, riders must obey all road signs, including speed limit, stop and give way signs. For many, this will seem like common sense, but it is arguably one of the most important things you can do whilst out on the bike.

Stop signs, in particular, can be cause for concern, with many road users treating it as a give-way. The correct procedure for riders is to come to a complete stop, place one foot on the ground and check that it is safe to continue. Failing to follow the road signs, including supplementing a track stand for a complete stop carries the same penalties as those imposed on drivers and other road users. Approximately 56% of bicycle accidents occur in intersections, highlighting the importance of both motorists and riders being aware of the rules. In all states, you are permitted to take the lane prior to entering a roundabout or intersection, however, are required to give way to motorists when entering a roundabout and clearly indicate your turning intentions. Cyclists' are also required to give way to other vehicles when exiting a multi-lane roundabout if the lane you are travelling in must exit. As common sense, motorists are encouraged to give the time and space required by a rider to safely navigate a roundabout.

As bicycles are not fitted with indicators, the rider's arm is used to indicate a change of direction, turning intention, as well as pointing out road hazards and when you’re slowing down. Indicating is mandatory for cyclists turning right, however, it is recommended that riders indicate whenever they intend to complete a turn or change lanes, regardless of direction. The action is simple to complete and requires the rider to fully extend their arm out from the body in the direction that they intend to turn.

Signalling is to be used in the same manner as a car indicator, and so signalling when you’re leaving a roundabout, travelling through an intersection or when stopped at traffic lights is recommended. Indicating not only increases your visibility, it allows road users to interpret your intentions.

Overtaking and Following a Vehicle

Cyclists are permitted to overtake on the left side of a vehicle when riding in the bike lane, the only exception being when approaching a vehicle indicating a left turn at an intersection, junction or roundabout. In this instance, riders are required to give way or file in behind the vehicle to allow the motorist to complete a safe turn.

When cycling on a public road, riders are not permitted to follow closer than 2m behind the vehicle, hang onto a moving vehicle or follow behind a moving vehicle at 2m for any more than 200m at a time. Of course, common sense exemptions to this rule apply, such as when cycling around heavy traffic or with vehicles travelling at reduced speeds. Similar to drivers being required to maintain control of their vehicle at all times, the same applies to cyclists. To be seen as maintaining control, riders must be facing forward, and have at least one hand in contact with the handlebars at all times. The same applies for others seated on the bike with other occupants required to use a seat designed for passengers, making the temptation to replicate childhood memories of dinking your mates on your handlebars unwise, and illegal.

Riding in a Group

Cyclists are permitted to ride side-by-side provided that they are no more than 1.5m apart. When riding two abreast, you are permitted to overtake slower riders on the right-hand side, however, you must file back into the side-by-side formation once the overtaking action has been complete. On a single lane road, riders are allowed to take the lane, although the basic keep left principle still applies to provide other vehicles safe opportunity to pass. Of note, riders are not permitted to ride two abreast across multiple lanes.

For drivers approaching a single rider or a bunch riding two abreast on the road, it's recommended that drivers exercise patience, and ensure adequate distance is given when overtaking. This means slowing and overtaking only when it is safe to do and ensuring they are well clear of the riders before moving back into the lane. Most states have ruled that a minimum distance of 1 metre is to be given when overtaking a rider and travelling at less than 60kph, with the minimum overtaking distance increasing to 1.5 - 2 metres when travelling faster. Victoria's Traffic Accident Commission has released a host of informative and educational video's around this subject, showing how much space drivers should give riders when overtaking which can be viewed here. To double check what the minimum safe overtaking distance is in your state, check the links at the bottom of this article. Electric powered or pedal assisted bikes follow the same standards as a regular bicycle and as such must comply with the same road rules. In addition to the bicycle specific laws detailed above, e-bikes are subject to both power and speed limits.

The laws surrounding e-bikes require a motor output of no more than 200w for pedal cycles with an electric auxiliary motor and 250w when used on a certified pedelec (power assisted pedal) bike. Motors are also speed limited to 25 kph, requiring you to use your own steam should you wish to go faster. Whilst the motors fitted are capable of speed and power figures far beyond the legal limit, the limitation is in place for the safety of all road users.

Whilst is may be tempting to speed up your commute or test the limits of your equipment, by exceeding wattage outputs and removing power assisted speed limits on public roads , you not only compromise your safety, but it reclassifies your e-bike as an unlicensed motorbike. This can attract a raft of serious infringements if caught by the boys in blue. For many of us, this is a no-brainer. Wearing a helmet is mandatory in all states and recommended regardless of whether you’re a road cyclist, mountain biker or anything in between. Studies have shown that wearing correctly fitted head protection, reduces the risk of a serious head injury by close to 70% if you have an accident out on the bike. It’s worth noting that all helmets aren’t created equal and as such, must comply with the Australian Standard (AS/NZS 2063) in order to be road worthy.

Ensure your ride is in a roadworthy state.

Hitting the roads on a poorly maintained bike will not only put yourself at risk, it can also put other road users around you at risk of being tangled up in a preventable accident. Most states will require that all bikes be fitted with one effective brake at a minimum.

Being advocates of rider safety, if you haven’t ridden for a while, or service your own bike regularly, we’d recommend having your bike serviced by a shop at least once a year, not only to ensure that your bike is performing at its efficient best but also to ensure that your ride meets the minimum safety standards. A blinking or steady red rear light and reflector combo must be used in conjunction with a flashing or steady a white front light when riding at night or in low-light conditions, and at BikeExchange we’re big fans of running bike lights whenever you’re out on a ride, regardless of the light conditions as studies have shown that 80% of bike accidents happen during the day and using a flashing taillight during the day makes you 2.4 times more noticeable to other road users than going without.

When considering which lights are best for you, it’s worth keeping the road rules in mind. The law states that reflectors and lights must be visible from 50m (front) and 200m away (rear). In many states, having a bell, horn or similar warning device fitted to your bike is a legal requirement. Failing to do so can not only result in a fine being dished out your way but it’s also good practice to inform other road users of your presence when riding.

For more information, click below to view bike related laws and rules specific to your State or Territory

Safety on the roads requires both driver and rider cooperation to understand and follow the laws, rules, and regulations in place. The take home message is that riders should always be aware of their surroundings and to err on the side of caution, even if the law states otherwise.

Stay safe out there, to help you be seen, you’ll find a wide range of cycling safety products, including helmets, bells, high-vis clothing and bikes lights at great prices on BikeExchange 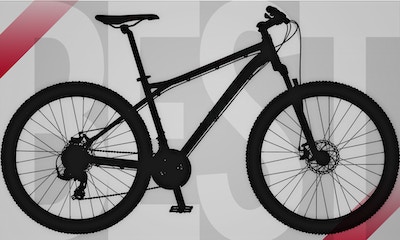