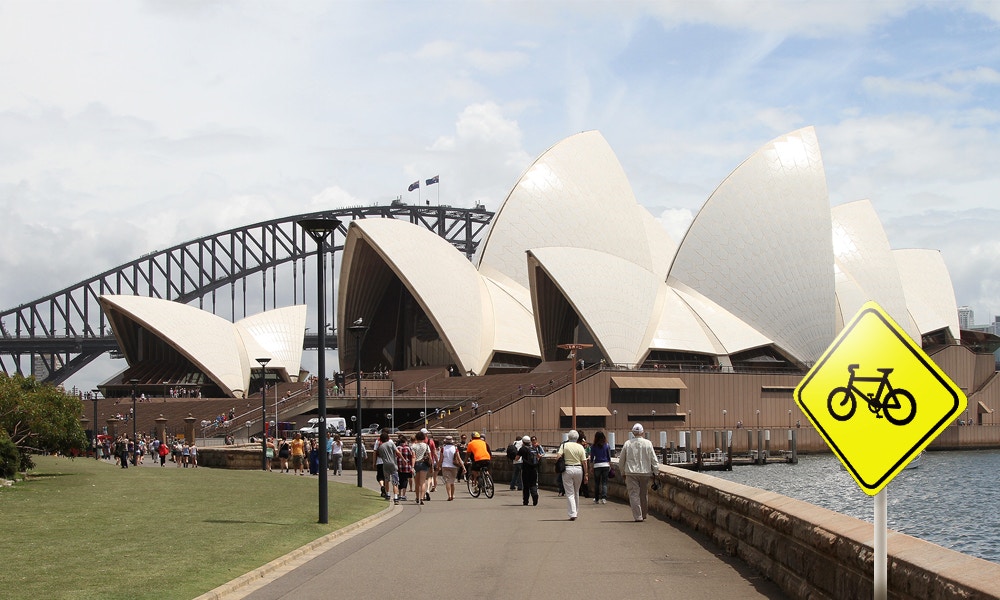 It’s one thing to be a bike rider in Australia and be frustrated by the lack of supporting infrastructure, especially the further out of the big cities you ride.

It’s one thing to be a bike rider and get abused by passing motorists, sometimes just for existing.

It’s one thing to know just how many other people around you ride, yet just how silent your collective voice apparently is.

… And it’s entirely another thing to do something about any of it! But that’s where Omar Khalifa comes into the story.

Former CEO of Bicycle NSW, Omar has enjoyed a lifelong passion for riding. He’ll sometimes be on the bike for pleasure, sometimes for holidays, and always to commute.

Over 15 years ago Omar moved to Australia and was stunned by the beauty of the natural environment and the bike riding opportunities this presented. Conversely, he became aware of the great barriers that were preventing this country from becoming a cycling friendly nation, so he set about to affect change.

He began this in earnest during his tenure with Bicycle NSW however, finite funding meant the organisation was hamstrung to a degree and couldn’t really push the big tickets; the issues that required Government to help affect change.

Then – to the surprise of many – Omar finished at Bicycle NSW and didn’t resurface for some 12 months.

During this time he was busy considering and involving himself in other ways that could actively engage the broader public in cycling, and push the mainstream profile of this sport/recreation. Although worthwhile, each initiative seemed too piecemeal. Then he realised; the only true way to take on issues with the Government was to become part of the Government. It was an epiphany that set Omar on a new course – politics.

By October 2013 Omar found himself at a bike expo in Melbourne, sitting at a table calling for signatures of support. Within two days he had 50 party member sign-ups. Then a local paper caught wind of his intent and a subsequent editorial article resulted in an instant 200 members, then 500, then 1,000. It was all the indication Omar needed, and so the Australian Cyclists Party was formalised, registered and applications made for entry into the NSW, VIC and Federal elections.

The ACP’s aim is stated simply on its website – to create a cycling friendly Australia.

According to the party, 3.6-million Australians currently ride bikes at least once a week, yet governments fail to provide facilities required to maintain their safety when doing so. The ACP hopes to “transform government policy towards cycling and all of its derived benefits in community health, education, planning, transport, regional development, economic vitality and environmental stability”.

Victoria saw the first elections held, and ACP entered 17 candidates across eight regions for a seat in the Upper House. Although ultimately unsuccessful, the emergence of this party delivered a swag of publicity and a groundswell of support, an some 20,000 votes were secured.

With the NSW elections now pending, ACP has confirmed 22 candidates to contest seats in both the Upper and Lower House. A Lower House presence at this stage is probably unrealistic, but Omar’s encouraged by the traction already made, and the fact bigger parties are beginning to at least listen.

A seat in the Upper House (especially if it just so happened to deliver balance of power – funnier things have happened in recent politics!) would provide ACP with an opportunity to steer party consideration and House debate back to issues pertaining to cyclists.

After more bike reads? Check out our Everything Bike blog.

From Omar’s perspective, ACP has every reason to resonate with a lot of voting Australians. A non-ideological party that is only motivated by tangible issues appeals to the pragmatist. And a party that’s not currently embroiled in childish antics is a breath of fresh air.

“Emerging, non-aligned parties like the ACP have the very real potential to make the major parties perform better, be more responsible and more responsive to the people,” says Omar.

“Our existence seems to be rekindling a lot of interest in the political system at a time when it appears to be at one of its lowest ebbs.”

It’s a full-time, self-funded job and Omar’s showing no signs of slowing down. On the contrary the party will soon set its sights on elections in other states. Until then, we will all be watching to see how things play out in NSW.

Regardless of the outcome, you have to admire a man who acts on his convictions. As Plato supposedly said, “one of the penalties for refusing to participate in politics is that you end up being governed by your inferiors”.