The Best Indoor Smart Trainers for 2019 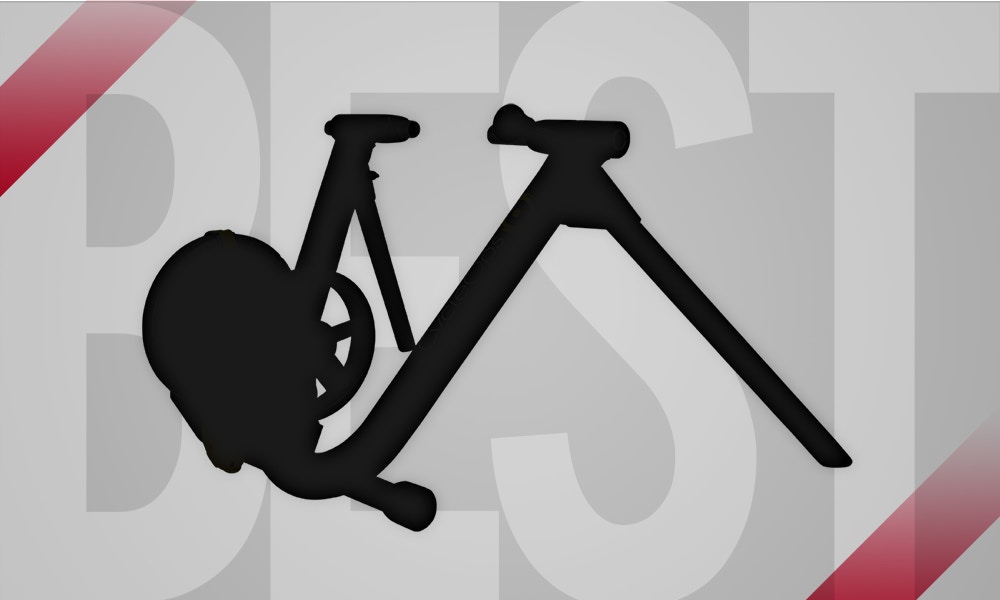 With the aid of interactive online training services, no longer is indoor training associated with visions of sweating it out in a pain cave with nothing but your thoughts and the pain in your legs for company. With the right smart trainer and third-party software, ride characteristics like hills and road surfaces can be simulated, providing riders with personalised training experience.

The ability to connect to external software is what sets these trainers apart from their analogue counterparts. There are two main drive types available in direct-drive and tyre drive, however, internally driven smart stationary options also exist. A number of different resistance types exist for smart trainers including fluid, wind, and magnetic.

When it comes to price, Smart trainers will typically be more expensive than their unconnected counterparts as a result of the electronics and smart resistance features that hide within. Expect to see entry-level tyre drive options starting from around AUD$500, with direct drive trainers starting closer to AUD$1,000.

So if you’re looking to train smarter see below for our picks of the best indoor smart trainers to be had in 2019. 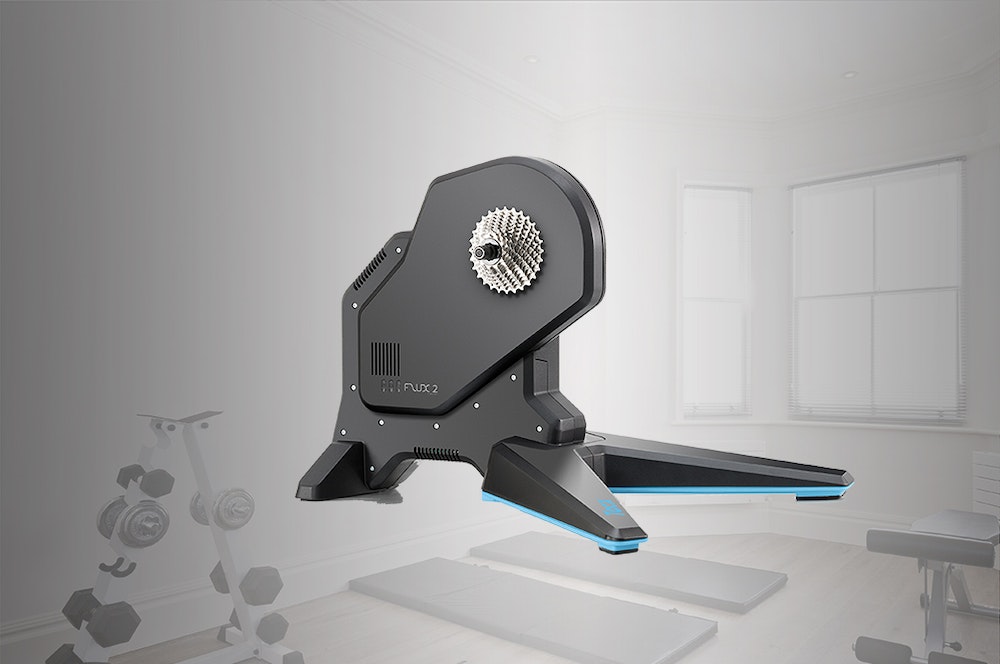 Released in mid 2018, the Tacx Flux 2 is the successor to the wildly popular Flux, first introduced back in 2016. Originally, the Tacx set the cycling industry alight by being one of the first mid-range direct drive trainers that provided a realistic road-feel as well as a host of connectivity features. The Flux 2 builds on this with a claimed power accuracy of +/-2.5% (although sources indicate that it’s much more accurate than this), a 7.6kg flywheel which provides up to 2000 watts of resistance as well as ANT+ FE-C and Bluetooth Smart connectivity. The Flux 2, also now has a cheaper younger brother too in the Flux S, which undercuts the Flux 2 by AUD$150; however, it misses out on the upgrades made to ride feel and accuracy. 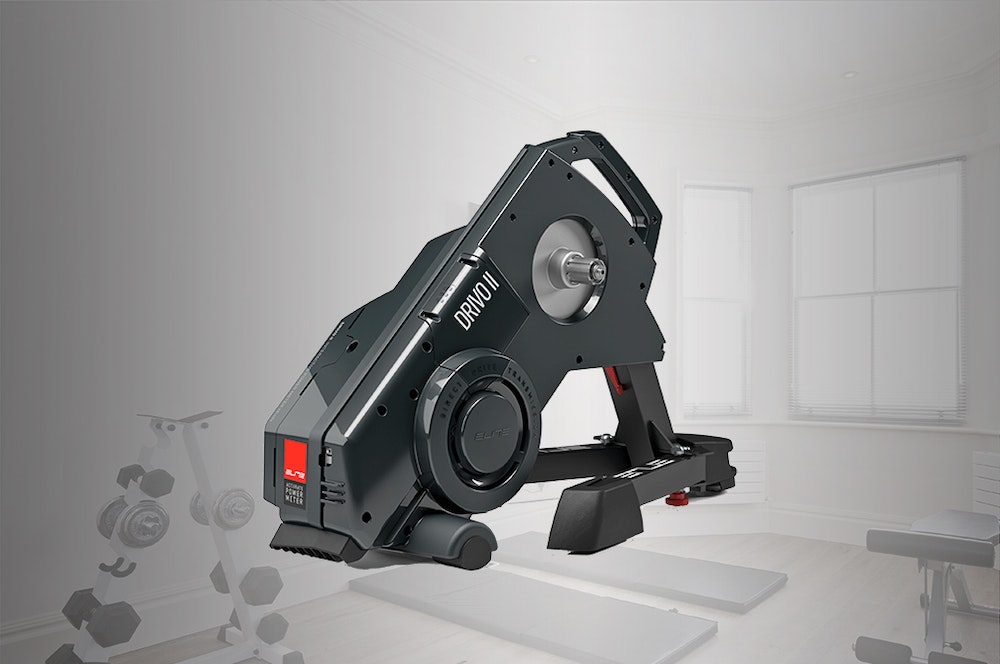 As well as producing a range of quality cycling accessories, Italian company Elite are one of the industry leaders in smart trainers. Aimed at the top end of the market the Drivo direct drive trainer is fitted with an integrated power meter boasting industry-leading power accuracy (+/- 0.5%) and also hosts several connectivity features. The unit is housed in a sleek body that’s easily stored when not in use. Power output is rated at 2400 watts, and the Drivo is said to simulate gradients up to 24%. As well as it’s connectivity features, the unit is also compatible with road and MTB frames, including 142x12mm thru axles, making the Drivo practical regardless of your riding preference. 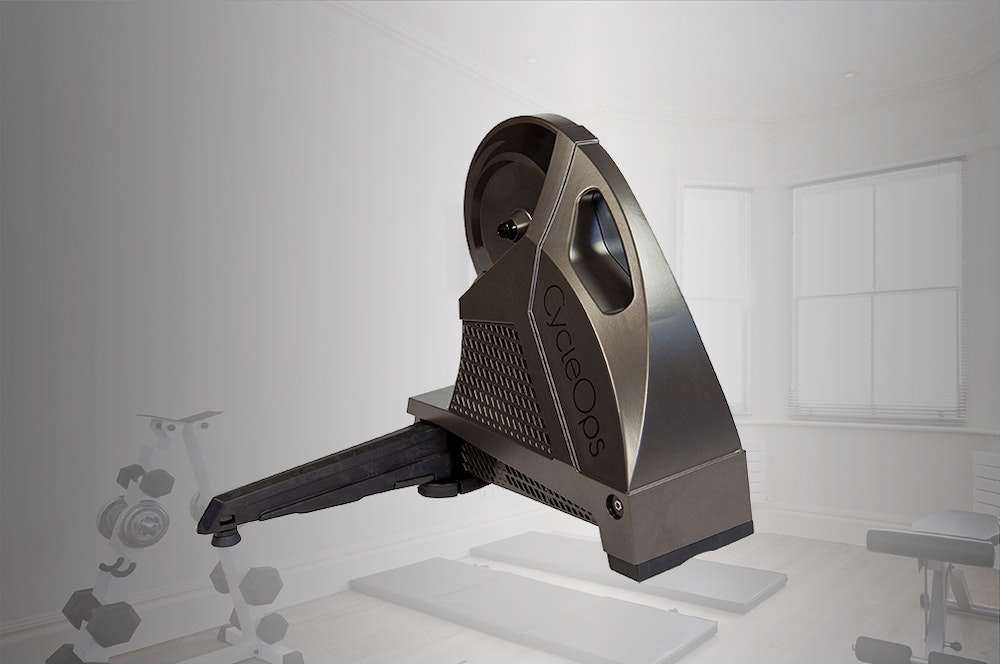 American company CycleOps has been producing trainers and trainer accessories for 15 years. The H2 is an evolution of the company's first foray into the direct drive smart trainer market, the Hammer. The H2 builds on the Hammer’s high-points and is loaded with compatibility features. With a claimed power meter accuracy of +/-2%, the H2 is within spitting distance of its top-end rivals. The connection of these internal sensors comes via both ANT+ FE-C and Bluetooth Smart connections, with the CycleOps unit carrying an official Zwift verification. The stout 9kg flywheel is said to provide one of the most realistic road feels available, making your efforts indoors feel precisely the same as they would outdoors. 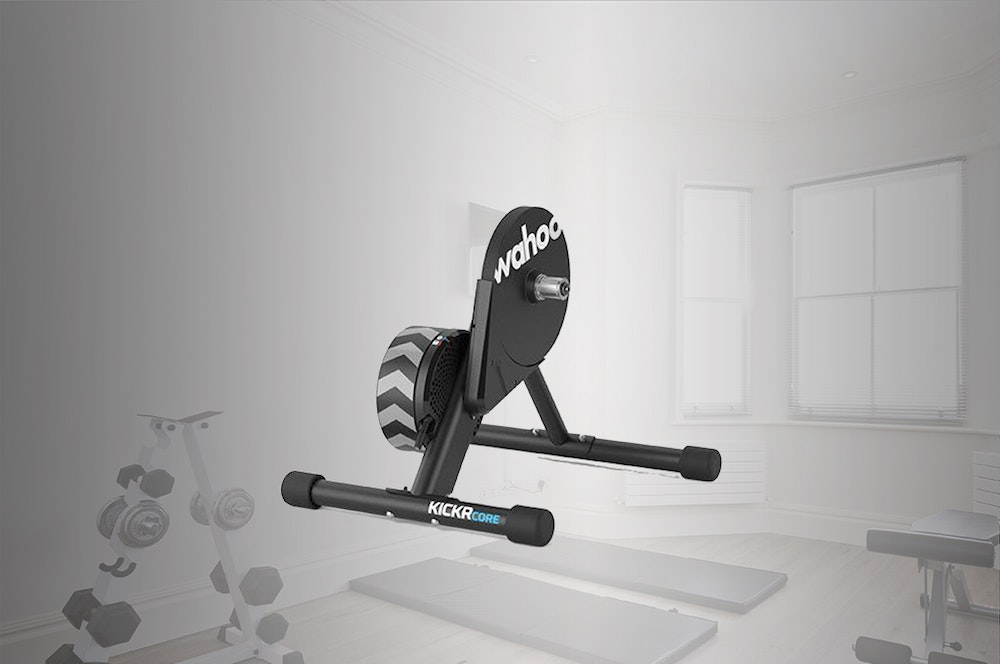 The KICKR range from Wahoo Fitness has been operating at the pointy end of the smart trainer market since its introduction in 2014. Now in its fifth iteration, the second tier KICKR Core is widely lauded for its realistic road feel, solid power meter accuracy (+/- 2%) and near silent operation. The trainer is compatible with both thru axle and quick release equipped bikes, offers up 2000 watts of resistance and can replicate slopes up to 16%. The KICKR is also compatible with a host of accessories including a Bluetooth operated fan that simulates headwinds, as well as an indoor grade simulator for added indoor realism. 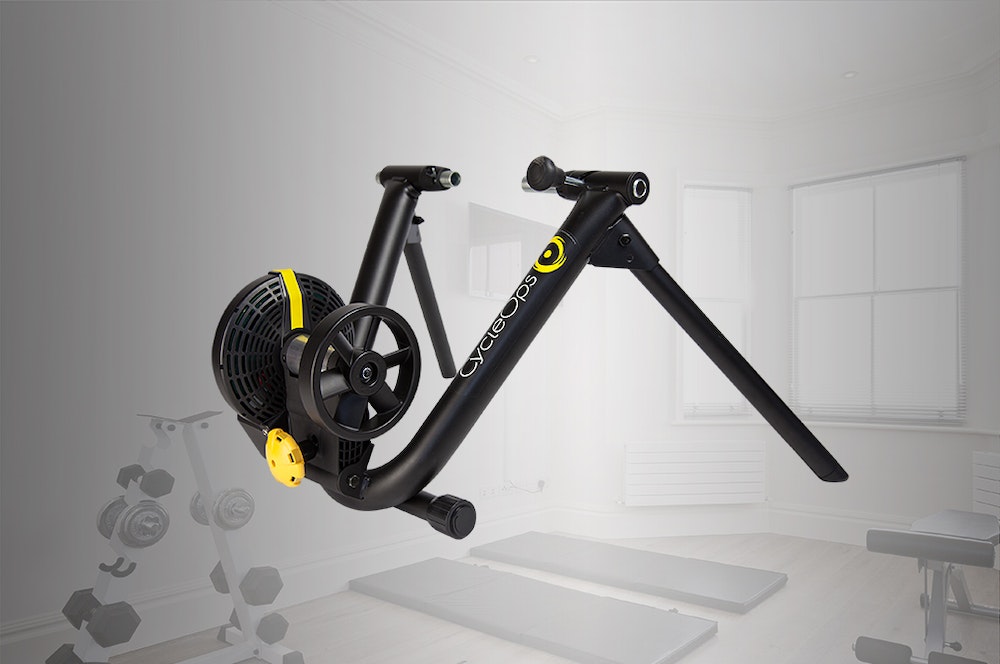 Released in conjunction with the Hammer direct drive trainer detailed above, the Magnus represents CycleOps’ flagship option for tyre drive indoor smart trainers. With integrated dual ANT+ FE-C and Bluetooth Smart connectivities, 1500 watts of electromagnetic resistance and a power meter courtesy of sister brand PowerTap, the Magnus is perfect for those wanting all the benefits of a top-end smart trainer, at a more affordable price. 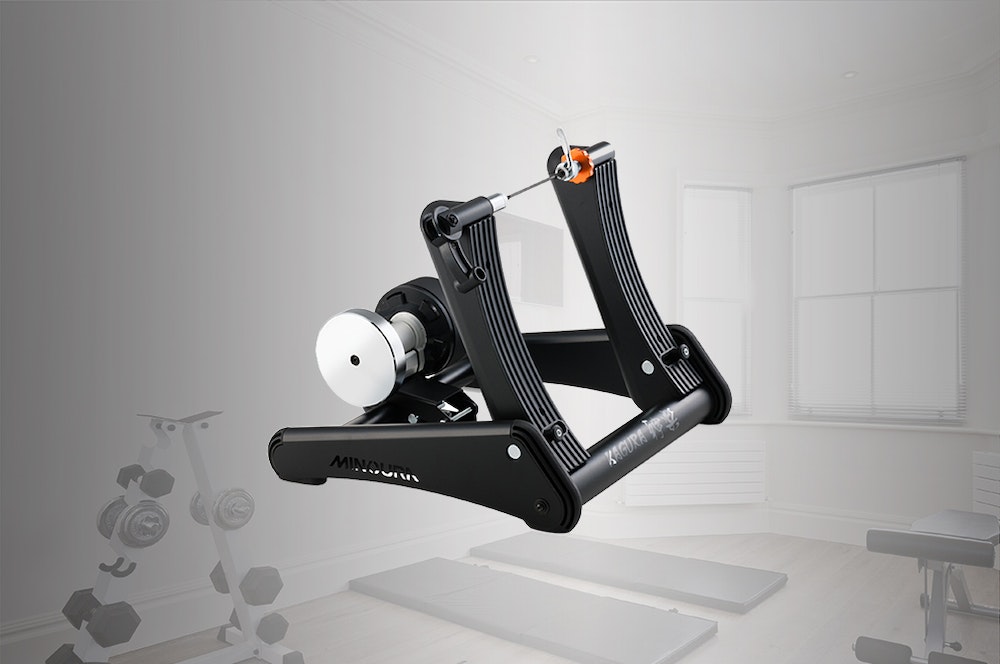 Made in Japan and drawing on over 20 years of manufacturing experience, Minoura has re-entered the smart trainer market for 2019 with the Kagura. Offering up 2000 watts of magnetic resistance, and a maximum simulated slope of 20%. The unit also features dual ANT+ and Bluetooth smart connectivity, meaning that it’ll connect to your favourite third-party training application with ease. For those not wanting to use online training aids, the Kagura also features an onboard, adjustable magnetic resistance dial that allows riders to hold a steady, 100, 200 or 300 watts, perfect for warming up and/or cooling down. 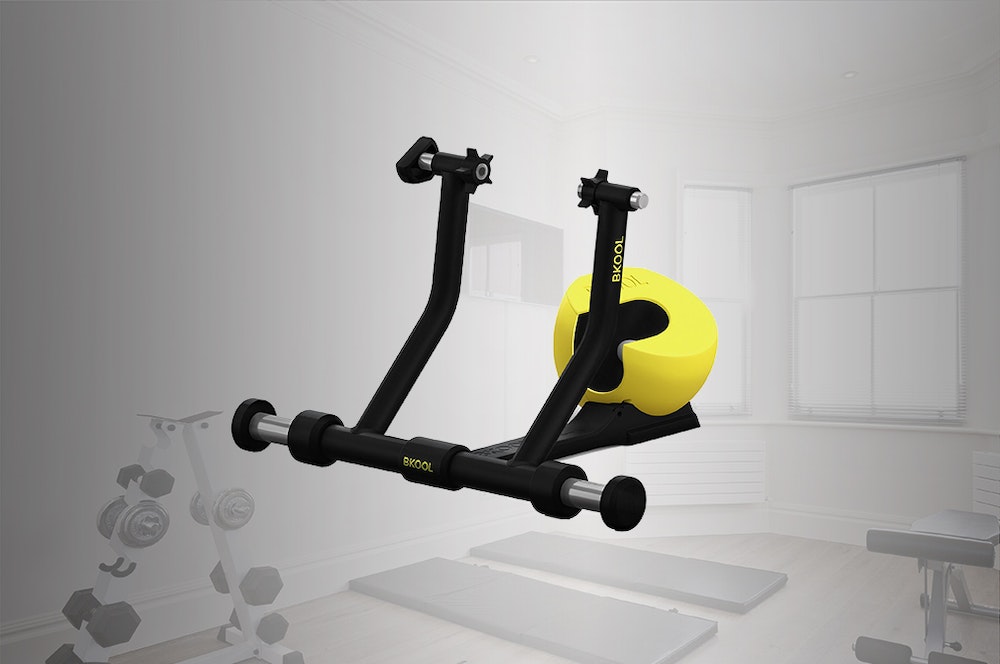 Spanish company Bkool has been offering its value-packed smart trainers to consumers since 2012. The Smart Pro 2 sits as the company’s premium tyre drive option and boasts some solid specifications including; 1200 watts of resistance, 20% maximum simulated slope, Dual ANT+ and Bluetooth Smart control and 12 months access to the premium Bkool training platform. 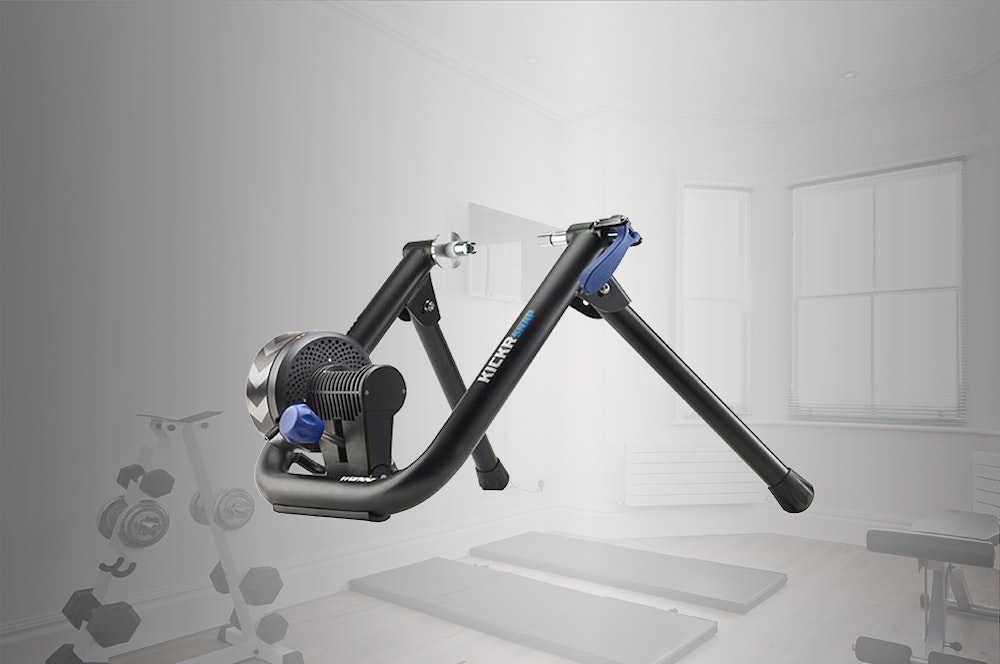 Serving as the tyre drive equivalent of the direct drive KICKR featured above, Wahoo boldly claims that the KICKR Snap offers the most realistic ride experience of any tyre drive smart trainer. Boasting an integrated power meter(+/-3% accuracy), a 4.5kg flywheel offering up 1500 watts of resistance and a maximum simulated slope of 12%, the KICKR Snap is loaded with features sure to benefit the majority of riders.

For more on the various types of indoor trainers available, what sets them apart from each other, and what to expect for your money, check out our ultimate indoor trainer buyers guide for all you need to know.