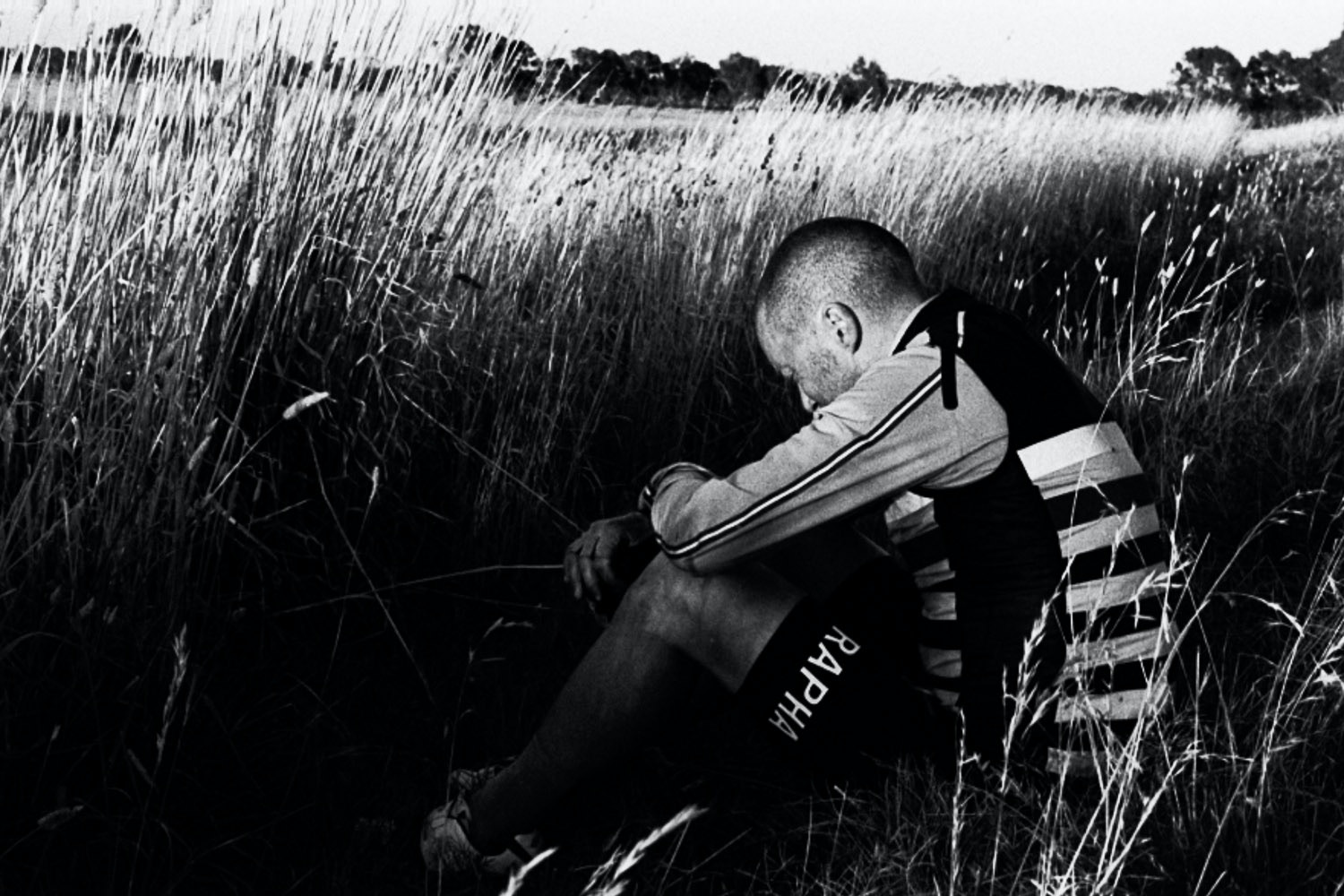 ‘We needed a team name so I went with "Team Brevet"’ Specifically meaning a badge of honour for gallantry, the choice of team name was very appropriate for what this team was about to undertake.

‘The Oppy’ more formally known as the Fleche Opperman All Day Trial, is a 24-hour test of endurance and will. Teams of 3-5 must ride at least 360km within 24-hours and finish at a designated location. Teams choose the distance they will attempt to cover, choose the route and decide where to rest and refuel. Therein lies the beauty of such as event; it's completely up to the team and individuals to what extent they are willing to push themselves, how high they want to set that bar and to what extent they are willing to suffer.

Team Brevet was largely made up of the ‘Bakpocket’ crew – a group local to Melbourne that rides together regularly. The crew had been talking about attempting to break the record for a while, but it wasn’t until 8 weeks out that the decision was made to go for it.

The team consisted of;
- Drew Ginn – ex Olympic Rower, part of the Oarsome Foresome who has made a solid transition to cycling having competed in the Nationals in both the road race and time trial. - Alistair Tubb – ex. rower and triathlete having completed an Ironman and many long course triathlons. - Scott Thomas – riding big k’s consistently for three years and by far the most conditioned of the five, having completed at 20-hour roller skating challenge at the age of 9. - Glenn Landers – Riding seriously for three years completing 3 Peaks, Audax races and Ironman triathlons. - Glen O’Rouke – Another Ironman Triathlete in the group, who has been racing bikes for many years, competing with local team ‘BikeForce’. Glen is also the leader and “El Presidente” of Team Brevet.

A huge amount of planning goes into attempting such a monumental feat.

The group studied weather patterns from the past five years, trying to get an indication of wind direction which would make the biggest contribution to deciding the eventual route. Roads and direction were important; main roads would be better quality but more dangerous, especially in the early morning hours. And then there is the support crew, a group almost as committed as the riders to offer support for the duration of the race. The group hatched a nutrition plan to try to take in 90-grams of carbs per hour, but in reality they would be at a loss from the get go, just trying to limit the deterioration of their bodies and keep them motivated. Power meters and heart rate monitors would be very important to dose the effort and stay as comfortable as possible for as long as possible. And then there is the training…

The most epic session the team undertook prior to the race was a 12-hour, 400km journey, which began at 7:30pm Thursday night and finished 7:30am Friday morning. The general consensus of the group was that night time and early morning would be the hardest to maintain the pace and motivation. So they set off planning for two return trips from Port Melbourne to Sorrento.

The ride was a good test for the group, discovering many things that would help come race day. Testing lights, testing food and testing pace were all important lessons to come out of the session. The group was optimistic that they had completed such a long ride through what would be the hardest part of the race, but also apprehensive as they would still have almost double that distance to cover when the day arrived. The mental battle would prove to be the biggest learning of the ride, each of the five riders going through waves of mental states, which would only be magnified during the actual event. I sat down with Alistair from Team Brevet to get an insight to the excitement, pain, and sheer exhaustion that is the Fleche Opperman All Day Trial.

The team started their attempt at Beachport, South Australia hoping to cover 781km, eclipsing the previous record by just enough to give them the honour.

The early stages of their ride were into some strong cross/head winds, which the group had expected for the first couple of hours before making a right turn in a more easterly direction. Feeling strong and confident the group held between 32-33kph being very mindful to keep their efforts even and not to extent themselves too far. Most of the team utilised wattage or heart rate as their measuring stick, each of the riders staying on the front for 10-minutes at a time.

At the 75km mark the group turned east and now had the wind at their back. This marked a pivotal stage for the attempt as it began a 200km stretch where the team averaged almost 40kph, putting them well up on schedule and the record in danger.

The first long break of the journey came at 260km in Horsham, a good chance for the group to take stock of their efforts and refuel. Small things began to weigh heavily on the group, although it was still too early to know how much they would influence the result. Scott had begun to cramp in the legs and back and Alistair was forced to change shoes, feeling as though his entire foot was bruised, literally pushing through pain with every pedal stroke.

Back on the bikes the group was hit with a headwind, taking a mental toil and reducing each of the rider’s time at the front to 5-minutes each.

390km marked the group’s main dinner stop in Charlton and the halfway point of their attempt. The record attempt was right on schedule and with 5 riders still remaining the group was positive as they entered the darkness.

The transition from day to night began shortly after they left Charlton, and again their first few kilometres after a break were into a cross/head wind. For Alistair, the long stop for dinner and the day giving way to night was a signal to his body that ‘this was over’. His body had started to slow down and stomach had shut up shop. Nutrition was beginning to become a problem and shortly after he began vomiting at every attempt to keep food and water down.

To make matters worse the team was just about to endure the most wretched 30-minutes of their entire ride. Glenn had a rear wheel puncture which the team pulled over to repair. While waiting for Glenn’s tyre to be changed Scott noticed he too had a puncture. Small hiccup, but not unexpected. Then shortly after they began again, Glenn’s front wheel got a puncture… All up the group had 7 punctures within 30-minutes, totally destroying any momentum they had spent the first 12-hours of the day building. Apart from the energy this disruption took from the group, their average speed was now dropping dramatically and the record getting further away.

Just shy of 500km, the nutrition issues that were plaguing Alistair became too much to bare. His physical condition had deteriorated to the point of no return. He had been vomiting on and off for the past three hours and was also suffering heat stroke from early in the day. Alistair collapsed off the bike, hitting the deck… he had given everything.

The group was down to four at Kerang, and about to endure a soul destroying section to Echuca. The clock had ticked into the A.M. hours and the group was now facing a full-on headwind which had them questioning, ‘how can we keep doing this?’ The group drove on into the wind, grinding… pushing… They were shortly about to be reduced to three as the cramps that had begun with Scotty in Horsham took over. His back, legs and hips that were pushing into the wind had given everything they could. At 2am and 572km into the journey Scott was completely depleted, he stepped off his bike, sat down and passed out… spent.

With just over 200km remaining for the record, there was still a glimmer of hope, as the remaining members of the group willed for a turn in the road and change in the wind… but it never came. A Macca’s stop at Echuca briefly raised the group’s spirits, but it would be short lived.

Oppy rules stipulate that you must finish with at least three members. Drew, Glen and Glenn knew that if one more person was to stop, so would their record attempt. Physically and emotionally exhausted at this point, spiritual leader and ‘El presidente’ of Team Brevet, Glen O’Rouke made a commitment to get to the 700km point – almost another 100km away.

That point came at 7:30am Saturday morning. 700km ticked off the ride, with 30-minutes remaining in the Oppy, the team’s driver and leader had pushed to the point of breaking and was completely ruined. Broken and empty Glen stepped off his bike and sat down with tears in his eyes.

With only two riders remaining Team Brevet’s record attempt was officially over, but the two riders, Drew Ginn and Glenn Landers rode into Rochester with the knowledge they had achieved something truly great.

The reunion at Rochester was ‘strangely emotional’ and impossible for anyone other then the five riders to comprehend. They had laid themselves down for each other, and giving everything they had.

The event itself is a truly unique experience because it is 100% driven by the teams, they choose the distance and the route. They set the bar in an attempt to test themselves on every level.

The Oppy record remains standing for at least one more year. Funnily enough all of the guys have been back on the bike since, but the question to have another go next year has not rated a mention… yet.

For anyone considering taking on this monumental challenge whether it be to break the record, or simply complete the event – here are some tips from the team.