The Champ is Back 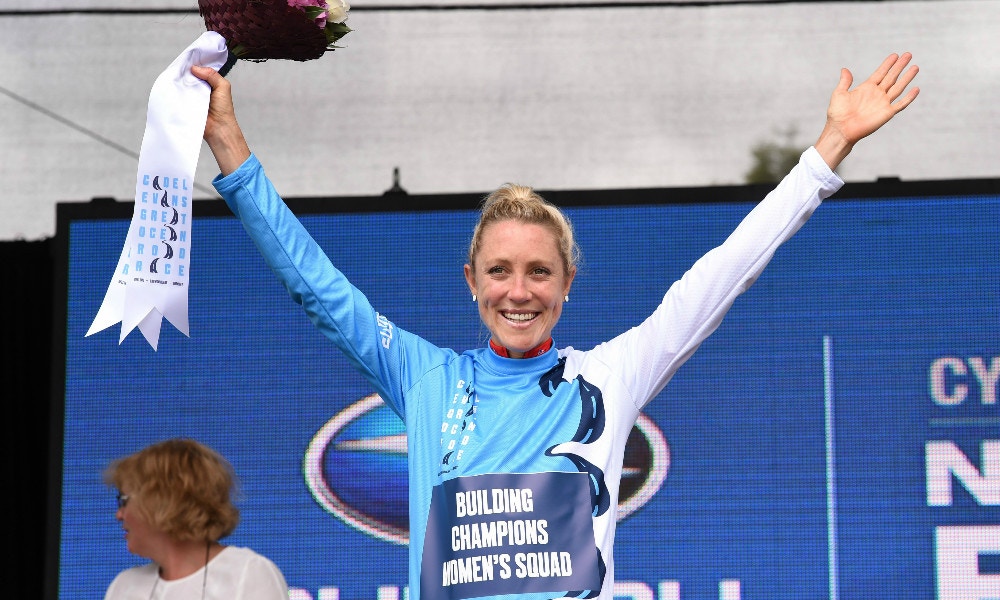 We caught up with defending champion Rachel Neylan about her victory in 2015 and her title defense in 2016.

Big news that the 2016 Cadel Evans Great Ocean Road Race – Elite Women’s Race has been classified by the UCI as a 1.2 level race. What does that mean for you and the riders?

It’s a game changer for us.

It’s absolutely fantastic news, it’s really a game changer to have the CEGORR as a 1.2 classified UCI race. It places early season international racing in our backyard! The Oceania region has so much to offer at that time of year in terms of great racing conditions and staging opportunities so it’s just great to see the momentum building now.

Last year’s race wasn’t categorised as a UCI WorldTour race, but it might as well have been. The attention, media, kudos, atmosphere, everything to do with it was second to none. It’s so great to know the race has been sanctioned with the official recognition it deserves. With the race now becoming a higher level, international riders are more likely to head down to Australia to race, adding weight to a good performance here, in addition to UCI points and status. Tell us about last year’s race.

Cadel’s race was my highlight for 2015. It was my first big race win – yes first, ever! It did wonders for my career - it was an incredible launch pad for me to secure a contract with Orica-AIS. It let the cycling community and Australian public know that I was back on track, and showed I was ready for to step up in Europe back in a top team and keep my sights on building towards another Worlds race in 2015 then on to Rio 2016.

“Last year I went into the race with an all-or-nothing mindset – almost like I went to the casino and I put it all on red!”

I went hard at the beginning of the season last year to show people I was worthy of racing in Europe on the big stage. I buried myself over the summer months to get a string of really good performances together, and the victory at Cadel’s race was career changing. The result did justice to the work I had done and the form I was in. And it was not just the victory, but the way I raced under the pressure of no contract and no set plans for the European season. I think I gained a bit of respect for how I carried myself through that process.

I’m really proud to have won such a prestigious race and am very thankful for the opportunity.

See also: Check out the riding on offer in Cadel's hometown It’s a hard course and prestigious race, so it should be tough. I’m hoping for a hard race, that suits my style.

If it’s windy like last year it can be gutter action from the word go. The race has a bit of a classics feel about it. It’s a race that right from the start is very intense, then it turns into a test of endurance with short sharp hills at the end that decide the outcome.

I’m looking forward to racing as part of Orica-AIS and a big opportunity for early season result for us. It’s exciting racing as part of such a solid team of hardworking like minded girls, it adds a fulfilling dimension I think I have missed in the past few years. I'm so grateful for my opportunities with Orica-AIS and I think 2016 will shape up to be a particularly impressive one for the team.

How are your preparations going at the moment?

I’m in full training at the moment. 2016 is a huge year with the new race structure - the inaugural Women’s UCI World Tour being rolled out, then of course the Olympics and Worlds.

My preparation at the moment is to be in good condition for the Australian summer and peaking for the start of the European season. I’ll use the beginning of 2016 Aussie racing season as building blocks to spring in Europe. The real guts of the selection period for the Rio Olympics are from March to May. Being on form and achieving good performances while supporting teammates during that time is really important to start the year well with Orica-AIS.

It’s a bit different to last year. In 2015 I had to hit the early season really hard to try and get a contract – a lot was unknown. This year I have my season planned out with Orica-AIS and that’s an amazing feeling to just be able to focus on training and being home with family! I’m really motivated to perform with those girls. We’ve got some great team members and a really good feeling about 2016 off the back of our first team camp. What changes in an Olympic year?

There's probably a little bit more pressure going into an Olympic year. Everyone will be on better form earlier on in the season given the selection races, so it's important to plan very well. I look to someone like Gerro as an example - he always does well in Australia, then peaks for the Ardennes and then again for the World Champs. I'd like to emulate his professionalism and how he approaches his season.

Aside from that, there's not too much different. My mindset is always wanting to get the best out of myself. I've probably taken things up a notch this year in terms of my professionalism off the bike, being extra diligent with things like sleep, recovery, nutrition - paying extra special attention to the one percenters that improve performance on a day-to-day basis.

Yes, I haven't spoken about it much but three weeks before the Worlds my Dad passed away. It has completely rocked my world as you can imagine. I am drawing strength and resilience from in it in the best ways I can.

It's a beautiful part of my journey and I'm not hiding it, I want to celebrate it, he was an amazing Dad, inspiring and extremely influential person in my life.

It has been the biggest challenge of my career being so divided emotionally while in Europe this year and it was obviously the centre of my world, for the past 12 months it filled all my time and energy off the bike.

In late August I dropped everything in Europe and flew back to Australia after a phone call from home. To have done all this in the final year of my dad's life is the proudest and most meaningful thing I've ever accomplished.

I couldn't have done it all without him. He was my best mate and alongside me the entire way. I am using his sentiments and lessons to remind me every day of how to work hard but let direction evolve, trust in intuitive flow and ultimately, to live life to the fullest.