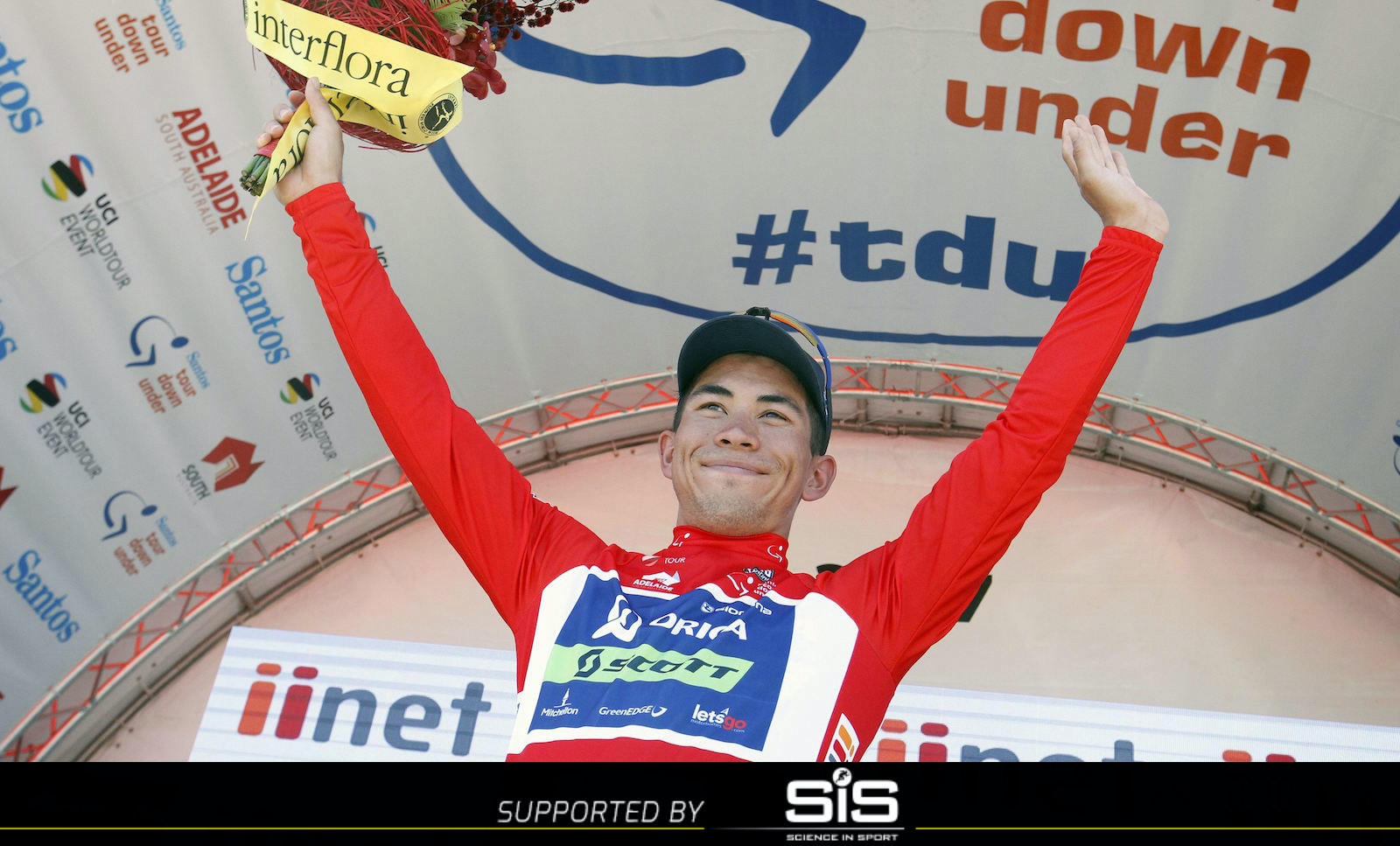 CAMPBELLTOWN, Australia (CT) – For a brief moment, it seemed as if Campbelltown was about to deliver another surprise result at the Tour Down Under. Jack Bauer (QuickStep Floors), the sole remaining member of the stage 4 breakaway, was descending towards the finish line and holding the peloton at bay.

Two years earlier, Jack Bobridge and his breakaway had done the same, barreling down Gorge Road before Bobridge attacked to take a famous last-ditch victory.

Unfortunately for Bauer, circumstances conspired against him today. The original breakaway he’d been part of featured Ondrej Cink (Bahrain-Merida), the Czech neo-pro sitting less than a minute behind the overall lead. This made the peloton cautious, keen not to let the gap extend too far.

And with just three riders, the breakaway didn’t have enough firepower to hold off the bunch, particularly when three became two (when Cink was dropped) and two then became one (when Bauer attacked Cameron Meyer (UniSA-Australia) to go on his own). It might have been a different story had a late chase group managed to bridge across. Will Clarke (Cannondale-Drapac), Michael Valgren (Astana) and Lars Bak (Lotto Soudal) would have added valuable firepower at the head of affairs.

Ultimately though, Bauer was caught 4km from the line.

“We never had enough rope really to vie for the stage, but I was going to give it a crack anyway,” Bauer said. “It always depends how the bunch is feeling behind you and apparently they were feeling pretty good because it’s not all downhill that Gorge. There’s a fair bit of uphill in it too.”

Two years ago the peloton was caught out by Bobridge et al on the same descent, the group just managing to stay away. A repeat performance was even less likely than that initial surprise.

“We knew going into The Gorge that we really wanted that break back before the top,” said eventual stage winner Caleb Ewan. “It’s such a fast finish that they [the breakaway] only needed 20 or 30 seconds to stay away from the bunch.

“So it was a little bit of a worry but … it was a pretty motivated bunch coming down there so I knew in the last couple of days we had him [Bauer].”

With the race all together for those final kilometres, stage 4 was headed for a bunch sprint. And once it got there, Ewan was sublime. Again. He ducked and weaved through traffic, picking his line perfectly and hitting the front at exactly the right moment. Again he kept world champion Peter Sagan (Bora-Hansgrohe) at bay. Sky’s Danny Van Poppel was again around the mark, finishing third on the stage.

“It’s hard for a lead-out train to stay together down a finish like that, down The Gorge,” Ewan said. “I was with Daryl Impey for most of it. And yeah he did a mega job. He had to move me up and then also you saw in the last K he pretty much took me all the way until 300 to go.”

In the final dash, Ewan found himself boxed in, but stayed patient and managed to extricate himself just in time.

“Today I probably went later than I would have hoped,” Ewan said. “[But] you know I still got out in time and then there was enough time to get past Danny [Van Poppel] in the end.”

Further back in the peloton Richie Porte (BMC) was breathing a sigh of relief as he crossed the finish line. Another day down, another day in the ochre leader’s jersey.

“On paper, yesterday and today [had] so much to lose but not a lot to gain for me,” Porte said. “So to get that one done was a massive relief and now it’s Willunga …”

After two days of flat finishes, Porte returns to his favoured terrain on stage 5 — the hills. And not just any hill — Willunga Hill. He’s won there three times in a row and will be the favourite again tomorrow, even if things are a little different this time around.

“I mean the other years it’s been try and take as much time back as possible,” Porte said. “It’s never quite worked but [I’ve] a good little buffer on some of the other guys [this year].

“I don’t have to attack I’ve just got to follow so I mean it’s not all about the stage for me tomorrow,” Porte said. “It’s more about trying to defend the overall.”

Porte goes into the stage with a handy lead — 20 seconds over the heavily bandaged Gorka Izaguirre (Movistar) with the dangerous Esteban Chaves (Orica-Scott) another two seconds behind. Attacking on Willunga like he’s done the past three years certainly won’t be the main goal, but it’s not out of the question either.

“The way I’m climbing at the moment, you never rule that out.”