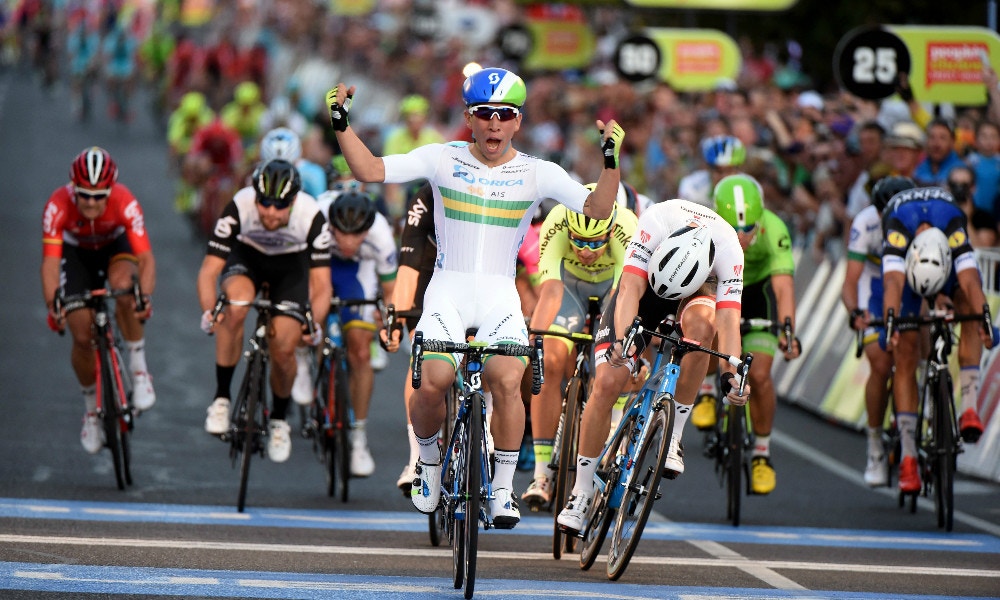 Ewan sprinted to a comfortable victory on the streets of Adelaide’s East End, beating Giacomo Nizzolo (Trek-Segafredo) and Adam Blythe (Tinkoff) to the top step of the podium. Ben Swift (Sky) was fourth in the bunch sprint while Marko Kump (Lampre-Merida) was fifth.

In the absence of Tour Down Under regulars Andre Greipel (Lotto Soudal) and Marcel Kittel (Etixx-QuickStep), and as a result of his recent great form, Ewan went into the race as the big favourite. The 21-year-old delivered on those expectations, at least in part due to Orica-GreenEdge’s decision to play a patient race.

“Before the race we said we’d sit back in the bunch a little bit and because there’s no really sharp corners it’s really easy just to sit in,” Ewan said. “So we did that and we conserved a lot of energy at the start of the race and probably about mid-way through the race we started making our way up the bunch.

“I think what we did just worked perfectly.”

Contested over 30 laps of a 1.7km circuit, the People’s Choice Classic serves as a curtain-raiser for the six-stage Tour Down Under but isn’t part of the WorldTour race itself. A typically fast and aggressive affair, this year’s race was no different with many riders trying to escape from the peloton and thwart the likely bunch sprint.

Astana set the pace early before a group of six riders got clear in the opening laps. They were soon caught in what would become a recurring theme throughout the evening.

Four riders got away on lap 7 and built a lead that reached 10 seconds but with defending Tour Down Under champion Rohan Dennis (BMC) among the chasers, that break was also nullified.

On lap 13, Australia’s newly crowned U23 road race champion Chris Hamilton (UniSA-Australia) got away and lead the race solo for four laps, much to the delight of the strong crowd. When Hamilton was caught it was Manuele Boaro (Tinkoff), Peter Velits (Etixx-QuickStep) and Christophe Riblon (Ag2r La Mondiale) that formed the next move.

The trio got 15 seconds ahead of the bunch on lap 19 of 30 as Orica-GreenEdge and UniSA-Australia lead the chase.

Boaro used the intermediate sprint at the end of lap 20 to launch off the front solo. While he was soon joined by two further escapees, the race was all back together on lap 24 as Geraint Thomas came to the front for Sky.

With Sky keeping the pace high, the bunch stayed together for the remaining six laps of the race. IAM, Cannondale and Orica-GreenEdge were active on the front of the bunch as the final laps unfolded, and it was the last of those teams that prevailed.

Caleb Ewan had a solid lead-out from his Orica-GreenEdge team but he needed to come from behind to win the race. He did just that, passing Nizzolo with 50 metres to go and powering to the line in the white, green and gold colours of the Australian criterium champion.

“It was a little bit of a relief,” Ewan said of his victory. “It’s always hard going into a race as the favourite and to be able to able to pull it off is another thing. So, I’m really relieved that I won today and it gives me a whole lot of confidence going into the next races.”

The Santos Tour Down Under proper begins on Tuesday with a 130.8km stage from Prospect to Lyndoch. There is just one categorised climb on the stage but, barring a surprise result like Jack Bobridge’s win last year, the stage should end in a bunch sprint. Ewan showed tonight that he deserves to be labelled the favourite for that race and the other flat finishes in this year’s Santos Tour Down Under.

Thanks Graham Watson for the great image 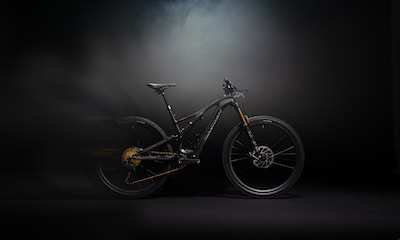