Aussies Clean Up the Veldodrome 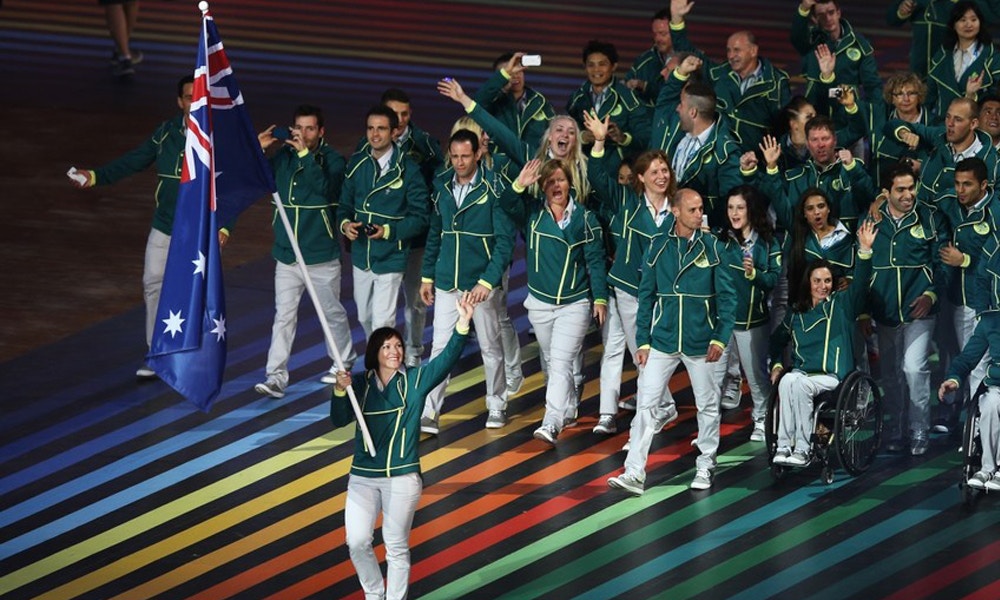 The Tour de France is almost over for another year, but the cycling momentum continues as we move our attention to Scotland, and the 2014 Glasgow Commonwealth Games.

The Aussies have sent in a 41-member team, of whom 32 are Games newbies, six are current Commonwealth Games gold medallists and five are current World Champions.

We are pumped! If that’s not a stellar line-up, what is?!

So what’s been happening on the track?

The Aussie cyclists have certainly been doing a lot to keep our medal bag full of metal! It all began with Track Queen Anna Meares, who nailed not only the first gold for the country but broke a Commonwealth Games record and re-wrote the history books, becoming the first woman to win the same cycling event three times in a row.

Meares clocked 33.435 for the Women’s Time Trial, followed quickly thereafter by fellow Aussie Stephanie Morton (34.079), who can now boast silver for her Commonwealth Games debut. But by day four situations had changed, with Morton outsprinting Meares to take gold in the women's sprint event.

The women set a hard act to follow, but the men did a great job emulating their success with the Men’s Team Pursuit Quartet (Jack Bobridge, Luke Davison, Alexander Edmondson and Glenn O’Shea) defending their 4,000m title to also bag gold for Australia.

Shane Perkins, Matthew Glaetzer and Nathan Hart then took bronze in the Men’s Team Sprint, as did the Women’s Para-Cycling Tandem Sprint (Brandie O’Connor and Pilot Breanna Hargrave). Glaetzer then continued the dream run with gold in the keirin.

And the flurry continued!

What cycling events form part of this Commonwealth Games?

The great thing about the Games is it’s of course not just one discipline of cycling. Instead, we get to see a variety of types and distances of riding. Plenty to keep everyone in happy. On the CG menu we have:

Keirin originated in Japan, where it remains hugely popular, and is definitely an action-packed event. It is based on the Track and involves six – eight cyclists following a moped style bike, called a Derny, around the Track. As each lap progresses the Derny picks up the pace. Cyclists must not overtake the Derny, and the whole aim of the first five and a half laps is for the riders to work for the best position. With two and a half laps to go, the Derny pulls away, the race basically becomes a free-for-all and cyclists must sprint the remaining distance.

This event gets its name from where all riders must start the race – all in the same place/ on the scratch. The aim is to basically get to the finish line first, but it’s what happens in that process that makes things really interesting. This is where we see cat-and-mouse tactics as some riders work together to gain distance from the rest of the pack, whilst allies might work to keep certain competitors away from their main contender. Great stuff!

Who’s representing us in Track?

The course has been set to take riders on specific road circuit around Glasgow’s most touristy parts of town. As such, it promises to be a stunning backdrop – not that the athletes will be paying all that much attention to the scenery! It will add to our enjoyment, though!

Luke Durbridge speaks to us about his 2014 aspirations

Who is representing us in Road Racing and Time Trials?

The Cathkin Braes Country Park has been specifically built for the 2014 Commonwealth Games. The course promises to call on technique, speed as well as endurance.

Who is representing us in Mountain Bike?

The triathlon is a classic Olympic distance – a 1,500m swim followed by a 40km bike leg and a 10km run. It will take place in and around the Strathclyde Country Park.

This year tri lovers will be treated to something different with the inclusion of a Mixed Relay event. It comprises two men and two women, each athlete competing a super sprint tri and then tagging their team mate.

Who is representing us in Triathlon?

What Powers this Team? Golden Nutrition

Get your Everything Bike fix here - visit our blog!