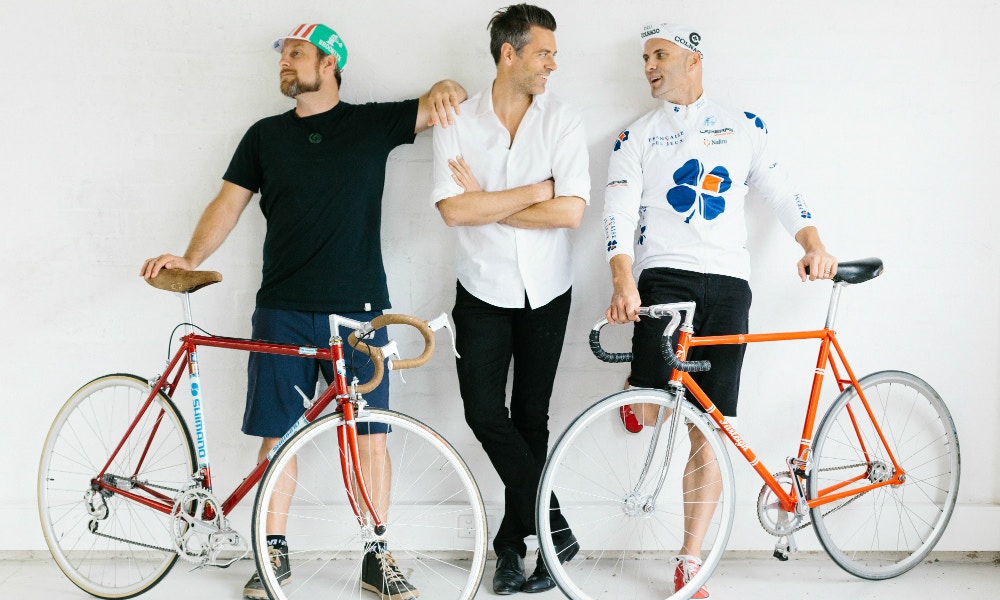 But not 80s headbands and leotard style - Cycle Collective style.

What’s the idea behind Cycle Collective?

Cycle Collective offers indoor spin and complementing strength/stretch sessions. But they do it all in a really bespoke way, which is what makes them a LOT different to the standard gym session on offer. Live disco DJ, anyone? OK - so maybe the DJ doesn’t come in for every class, but you get the idea - things roll differently at Cycle Collective. Firstly - there’s the bikes. Cycle Ops Power Bikes aren’t noisy like watt bikes and they produce 1 - 1.5 per cent power data accuracy. There’s 24 of these freewheeling bikes in a pretty stunning amphitheatre set-up (more on that later) that send individual live data onto a screen at the front of the room. Although everyone in class is riding to the same music and following the same instructions, they’re working to their own threshold, so it’s a group class, but an individual solution.

This is achieved by working on a card system that (prior to the workout) has used information to establish where you personally would sit in the various exercise zones. So when the instructor asks you to reach a certain zone, what you’re hitting is not going to be anything like the person next to you; yet you’re both doing precisely what you’ve been ‘collectively’ asked to do.

After the class if you’ve set up a statistics account then you get all your data sent to you; your average power, your maximum power, your power per km and the total distance you’ve ridden. It’s an awesome and accurate way to monitor your fitness.

What classes are on offer?

Classes are usually 45 minutes except for lunch bursts, which pack a session into 30 so you can be showered and back at the desk all in your break. There’s at least eight different types of classes, from interval training to everyday riding simulations to increasing leg strength and time trial sessions - all riders’ needs look covered with what’s on offer. What took our fancy?

We really loved the idea of the cyclocross class, or CCR. The class replicates the kind of surprises you might encounter along a real cyclocross ride, including carrying your bike, climbing over obstacles and just smashing it out on the bike. We checked but they don’t throw designer mud at you along the way…

Get your myotherapy on

And nail your sports diet as well. There’s a practicing myotherapist in-house throughout the week, and the Cycle Collective team is on the look-out for a sensational sports dietitian…

Chris Sinclair and Adam Pearson are the faces who will make you suffer.

OK - that’s harsh, but I ‘spose we’re all there to work hard, which is what they get you to do. Chris was in the first wave of spin instructors in Australia, and he’s been addicted ever since. Back in those days he was a uni student who would take 15 - 20 sessions a week. After time running a MTB Tour company, Chris returned to the gym - opening two in Melbourne city. That’s where he met Adam, who started working as a personal trainer. After a few years owning and running the gyms, Chris began thinking of doing ‘something’ once again specifically with bikes. It was that nudge that launched him on a bit of a fact finding mission not only around Melbourne, but America where spent a lot of time researching what might be fresh but right for the market back at home. And this is definitely fresh.

If aesthetic appeal improves your performance on the bike, then you’re going to have a ripping spin session here. An interior group called Molecule is responsible for turning the split level warehouse into a white, airy, welcoming loft. The entrance says it all - roll up the garage doors and there’s an open area with bench style seating and big shared table. People can just turn up here and chill out while they wait for their class to start (a coffee machine is on its way soon). Even the showers are schmicko - all cool matte tiles, black tapware and apparently, so the word on the street goes, some of the best showers in town. Who’s onto this already?

No surprises given its Richmond location that Collective Cycle’s caught the attention of some of the sporting codes. The Richmond AFL team and the Victorian Bushrangers are just a couple of the groups that have been sending their people here for cross training.

Worth checking out - especially as we say goodbye to summer and hello to darker, colder days…

Thanks to Flash for the heads up on this!