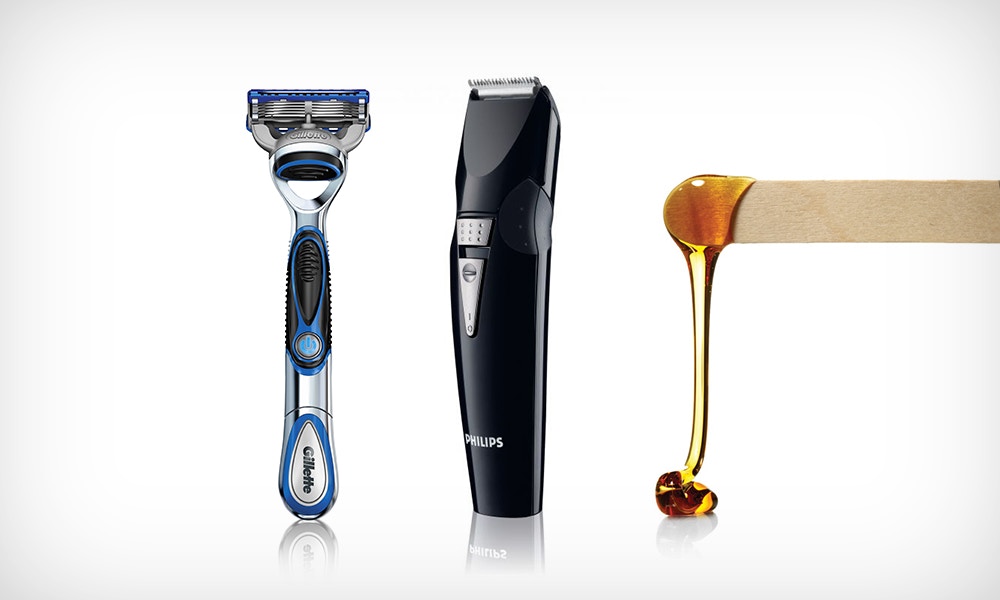 Nothing says "new-to-road-riding" quite as quickly as hairy legs.

You can be the strongest rider in the bunch, but if you’re combining Lycra with fur then you’re committing a grave cycling sin. It’s almost a surprise you’ve not been banished by the bunch (or handed a can of shaving cream).

So hopefully (for your bunch’s sake) you’re now faltering; you’re thinking that maybe, just maybe you should acquiesce and go for the shave. And if that’s the case – you have options. It’s not just about the razor. Keep reading.

It’s quick and easy. Do it whilst you’re having a shower and the job’s over in no time.

Not nearly as easy as the Karate Kid makes it out to be (“wax on, wax off”), waxing is basically removing hairs by applying a molten solution to the skin, waiting for it to cool down and solidify, and then having it yanked off with gusto, ripping out hair follicles as it goes.

OK so now we move into the more serious, and more potentially long-term, hair removal options. We start with Laser because it hurts a little less – let’s ease into this.

Laser basically sends pulses of light down to the hair follicle to destroy it. It’s suggested that the paler the skin and darker the hair, the more effective this treatment will be. So if you’re a chalk white brunette like me – bingo. If you’re super blonde or dark skinned the laser is apparently less likely to be effective.

This process involves a series of visits at intervals – it’s not a one-hit wonder.

OK this is when you’re going to need a fairly robust pain threshold. A more invasive hair removal process, electrolysis sees a needle inserted into skin and either a chemical or heat applied to destroy the hair follicle. There are two types of electrolysis methods; galvanic (using sodium hydroxide) and thermolic (using heat). Often mild anaesthetic is used (no surprises why!).

And now for the super obvious disclaimer – this is not a list of recommended hair removal options. Seek advice from your GP and/or investigate options more thoroughly before going ahead with hair removal.