Nirvana for hard-core grimpeurs and bon vivants alike, the Canton of Valais stretches from the Rhône’s upper reaches in the shadow of the Alps to its first resting place at Lake Geneva. It also extends westwards around the river’s great valley, which runs parallel to the Italian and French borders in the south of Switzerland. In the east, quiet roads wind through meadows patched with cottages clustered around slender, white steeples. The grassy hillsides give way to the forest, then rugged, snow-blasted peaks wherever you look up. 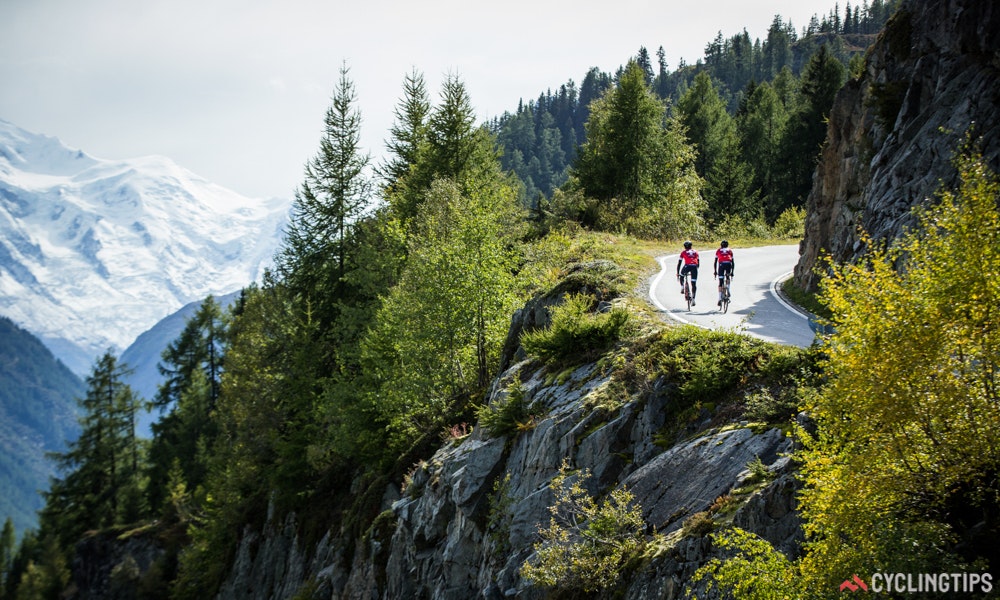 In the west, terraced vineyards rise from the river towards the high mountains, 50 of which top out at more than 4,000 metres in Valais. The Col du Grand Saint Bernard, Simplonpass, Furkapass, and Col de la Forclaz are among the many legendary cycling climbs in the canton. The roads of Valais merge flawlessly into countryside that’s as varied as it often is staggering. Smaller side valleys, some populated, some secluded, lead from the river towards higher elevations, while the main valley floor offers mostly rolling terrain, so all options are open when you’re planning your routes. Spoiled for choice on stunning deserted roads to ride, Keir and Dave from CyclingTips take to the hills of Valais in this edition of Discover Switzerland.