Gothic buildings with red tile roofs cling to the sides of the Sarine river gorge, as it winds around the jut of land where Fribourg’s old town is built. From simple stone arches and a wooden covered bridge to soaring viaducts and a work of modernism that hangs from two 110-metre-high pylons, there are many ways to cross the river. On its western shore, French is spoken. German is spoken to the east. That bilingualism, plus the local university, make Fribourg a lively cultural centre, with great nightlife and a superb restaurant scene.

The cycling is just as good. From the main square by the water, a hard pavé climb that features regularly in the Tour de Romandie leads up to the Loreto Chapel. From there, you can see out over the cathedral and the old city to the countryside beyond. 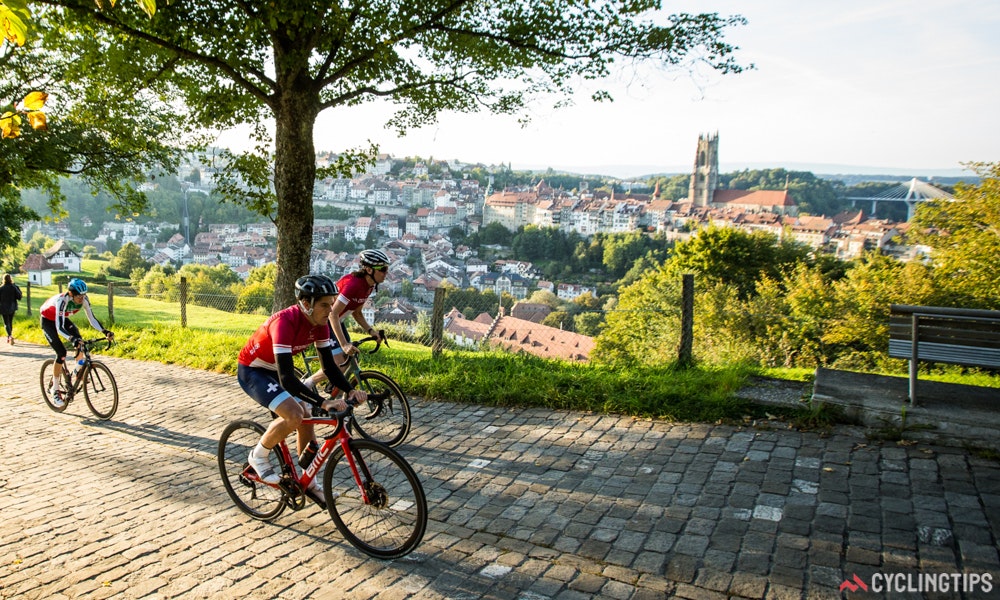 To the southwest, the Moléson looms over Gruyères. At 2,002 metres, it is the highest mountain in the region and one of its emblems. By bike, you can climb a good way up its slopes to Moléson-Village, where the cable car that shuttles visitors to the summit begins. The steep ascent begins in Gruyères and is about five kilometres long.

Fribourg is located in the west of Switzerland, to the northeast of Lake Geneva, between the Alps and the Jura. The city is 30 kilometres south of Bern, about halfway between Geneva and Zurich.