To the southeast of Basel in Switzerland’s north, the Aargau is a quiet rural province covered in apple and cherry orchards, thick woods, and rolling hills. Although it is one of the least mountainous regions in the country, it is home to some deceptively difficult riding, with many short, steep climbs to explore. The roads are pitch perfect and almost trafficless. You can easily accumulate a couple of thousand metres of climbing on a ride or stay down in the valleys and spin your legs on the flat. 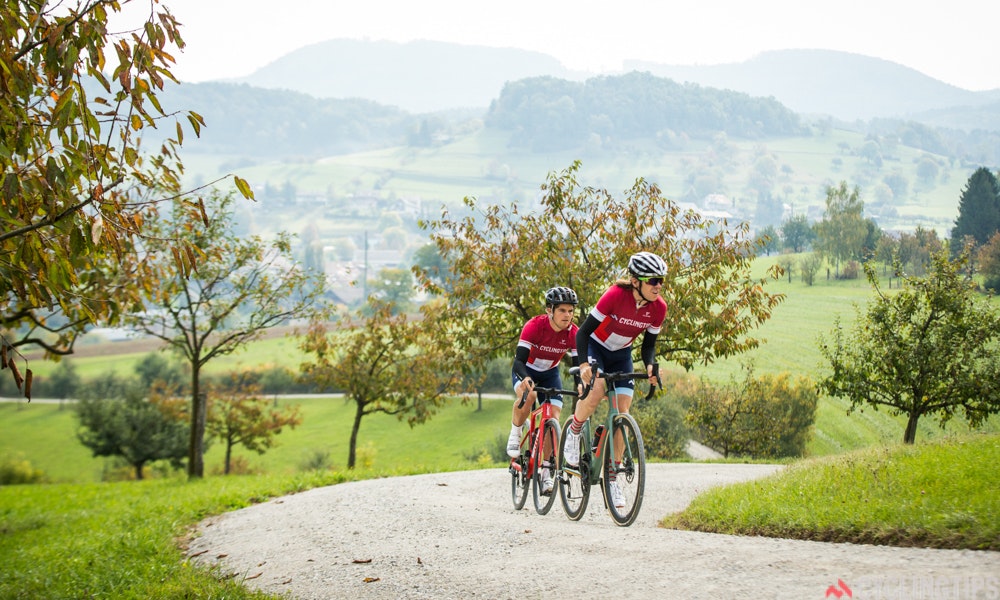 The mountain biking in the region is also superb. The foothills of the Jura ripple into the canton’s northwestern corner and are webbed with many cross-country routes. The trails pass through gnarled forests and by medieval fortresses.

The Engadine is located right in the southeast corner of Switzerland, so it’s a good jaunt by rail or car from Zurich or Geneva. Milan’s also an option if you’re flying in. Once you’re there though, you’ll want to stay for the sunshine, the luxury, and the thrills.

There are hundreds of kilometres of trails to explore in the area, from marathon cross-country routes to lift-serviced descents off the 3,056-metre summit of Piz Nair. There’s the Corviglia flow trail, a high-speed pump track chock-full of jumps and banked turns, which plummets down the 1948 Olympic ski course from the 2,486-metre Corviglia station to Chantarella. 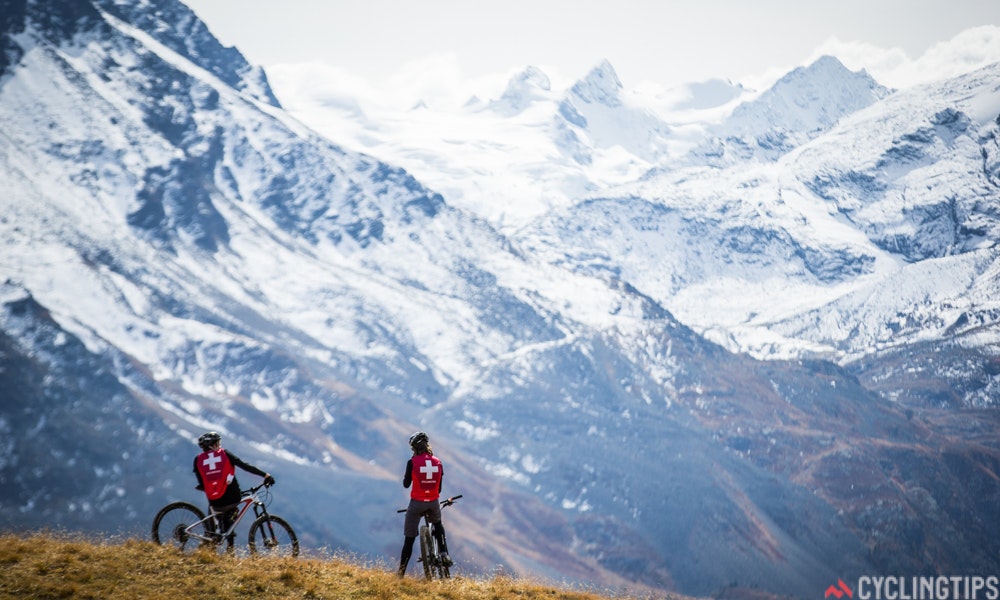 The road riding in the area is also superb. The Maloja Pass, to the southwest of town is one of the best descents you can ride. It drops down a squiggle of switchbacks into the Val Bregaglia and then races on into Italy for 30 kilometres. In Chiavenna, turn north towards the Splügenpass, an awesome 30-kilometre climb that averages 6%. Near the summit, you’ll cross back over the border into Switzerland. Then, there’s a long descent to Thusis, where you can turn towards home, heading first to Tiefencastel and then up the Julierpass. From the base to the summit, you’re looking at 38.6 kilometres of climbing with an elevation gain of 1448 metres. From there, all that’s left is the fast descent to Silvaplana and a short jaunt back to Saint Moritz to finish what is about a 190-kilometre day.

For a more in-depth look at the two regions covered, including a stunning catalogue of images, head on over to CyclingTips for the full article.