Andermatt has long been a favoured Alpine destination. For centuries, the quiet mountain town, which is nestled 1,437 metres above sea level in the Urseren Valley, provided refuge to travellers who were crossing the Saint-Gotthard massif on the main trade route between southern and northern Europe. In the 18th century, Goethe made several pilgrimages to the village to witness its rugged beauty, and by the 19th century, it was a bustling spa town, which was popular with upper-class British tourists, since it could be accessed by stage coach. The 1881 opening of the Saint-Gotthard rail tunnel meant that the main thoroughfare no longer passed through Andermatt however, and a tunnel for cars that was opened in 1980 and the recently-built Gotthard Base Tunnel, which is the longest and deepest train tunnel in the world, have created even faster routes to get from one side of the mountains to the other. 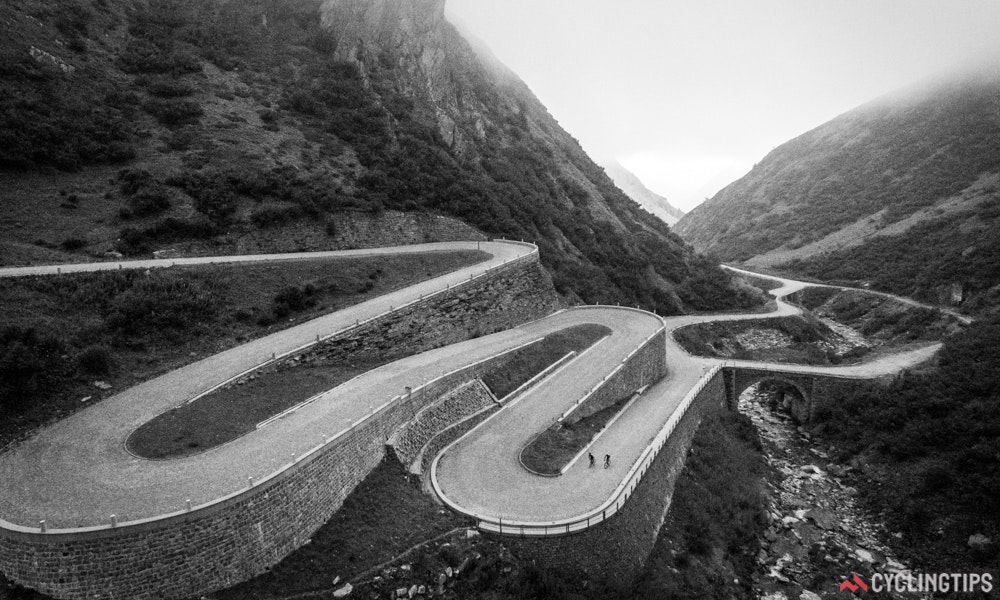 The fact that there are relatively few cars on the region’s stunning mountain roads makes them all the better for cycling. In this edition of the Discover Switzerland series, Keir and Dave from CyclingTips get their climbing legs on, tackling the stunning alpine climbs, and screaming descents on offer in the Lake Lucerne region.