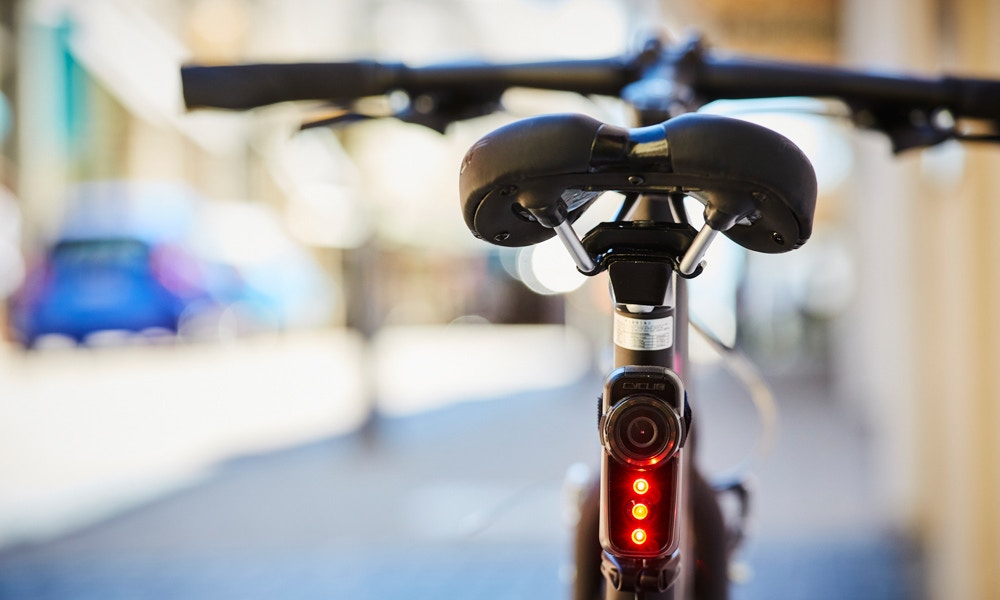 There’s little denying the impact that a decent light set on your bike can have to your safety when cycling out on the road. Whilst there are many light manufacturers flooding the market, it’s safe to say that Cyliq, the innovator of the impressive Fly range of lights with integrated cameras, are big on cycle safety.

Following on from the success of the original Fly12 front facing and Fly6 rear-facing cameras, Cycliq has updated the range to include a host of new features. With reduced weight, brighter light output, improved image quality and increased battery capacity all on the menu, read on for ten things to know about the all-new Cycliq Fly12/Fly 6 CE bike lights.

1. An Emphasis on Road Safety

Regardless of whether you’re wanting to feel safer riding on public roads or just want to share the wonder of your two-wheeled adventure, the Fly 6 and Fly 12 cycling cameras by Cycliq are simple additions to any bike.

Featuring an integrated Full HD camera front and rear, attention-grabbing lighting modes and all-weather durability, the Fly 12 CE and Fly 6 CE cycling cameras are as much about capturing the action out on the road as they are ensuring riders are seen out on the road. 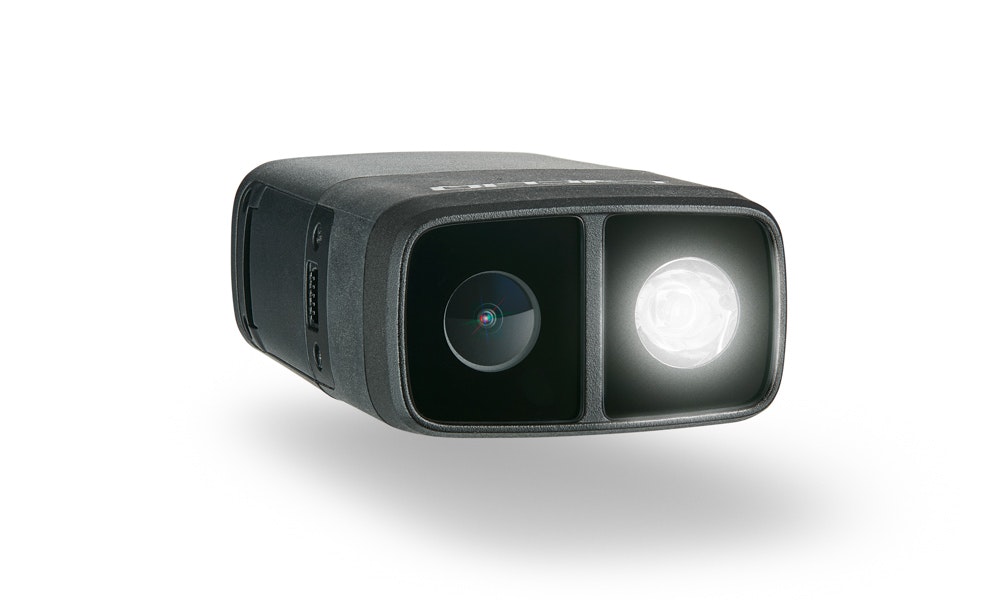 Standing for Connected Edition, the updated Fly12 CE and Fly 6 CE bike lights feature both ANT+ and Bluetooth connectivity. This allows the lights to pair with a host of Garmin cycling computers making information overlay such as speed, heart rate and power possible, whilst Bluetooth is said to make connecting to the Cycliq Plus companion app (Available on both iOS and Android) easier than ever.

Whilst it seems like there is an app for everything these days with some more useful than others, the standalone Cycliq companion app provides riders the ability to configure their Fly 12 CE and 6 CE cameras to suit individual needs, sync to third-party apps such as Strava, as well as review footage captured on the fly.

As with every update of the Fly 6 seen to date, there has been a boost to the HD looping video and audio capabilities of the units.

Video quality has seen a jump, with both models featuring 1080p HD video recording at 60 frames per second (FPS) while a new 6-axis stabilisation recording feature is claimed to provide greater footage stability than before. Aiding in the claimed increase in video quality are the new 135° wide angle lenses fitted to both models. The lens carries over from the outgoing Fly12 and is a step up from the Fly6’s current 100° field of view.

A decent, sustainable lumen output is key to any good bike light, after all being seen is just as important as seeing what's around you. Whilst the current Fly12 (400 Lumens) and Fly6 (30 lumens) are no slouch when it comes to lumen output, brighter is better. For 2018 the updated CE models see a bump in output with the Fly12 jumping up to 600 Lumen whilst the Fly6 has been bumped to 100.

The increased output is said to be accompanied by a range of dimmer and blinker configurations, allowing riders to fine tune the setting of the lights to suit personal preferences or cycling specific road rules. 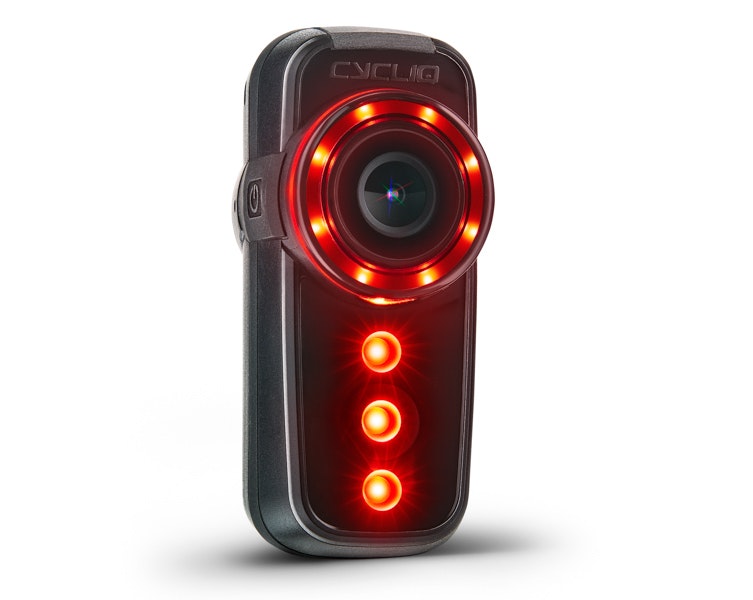 Weight weenies rejoice, as was the case with previous updates to the original Fly6, Cycliq has continued to refine the design of both lights, resulting in generous weight savings across both models.

The compact new designs see the Fly12 CE shedding 49g to tip the scales at a claimed 195g, whilst the Fly 6 CE has been whittled down to a claimed 110g.

The bump in output and video quality has come at the expense of battery life on The Fly12 with the CE claimed to last up to eight hours (down from ten hours) from a single charge. At eight hours, it must be said that this is still likely to be longer than most cyclists will be riding for, and it still beats the run-time of other popular action cameras or high-powered lights. The reduced battery life isn’t all bad though with the new units scoring fast charge capability. Cycliq claims the Fly12 CE scores full charge from dead flat in just two and a half hours.

Whilst it's a marginal loss in battery life for the 12, the Fly6 CE has scored a bump in capacity, with the newer units reportedly lasting up to seven hours on a full charge. The updated Fly6 CE also scores the same fast re-charging via USB-C as the 12, with a full charge from dead flat taking a claimed two hours.

First introduced on the Fly12, the updated Fly12 CE retains the innovative bike alarm function that’s enabled via the CycliqPlus app. As per the video above, when your bike or the unit itself is moved, an alarm will sound, the unit begins to flash and record, notifying you on your smartphone. Perfect for those wanting peace of mind at a cafe stop.

The ‘HomeSafe’ mode, a feature on both the Fly12 CE and Fly6 CE, kicks in if the battery depletes below 5% during operation. Think battery saver, for your bike lights, when entering ‘HomeSafe’ mode, the video recording will turn off to save battery power leaving the lights to function, albeit at a lower output, for a claimed one and a half hours, allowing riders to get home safely.

9. A New Range of Accessories to Suit

Cycliq have broadened its accessories range with multiple mounting solutions, including the Duo Mount and Telescopic Mount. The new mounts work with the units new ⅛ turn Quick Release Mounting System, which is said to make for a secure connection and is quick and easy to clip the devices on and off a bike.

The new Fly6 CE and Fly12 CE will be available to buy from retailers across the country from 30 November 2017. Prices are as follows.

Confused by lux, beams, and lumens and want to learn more? Check out our comprehensive guide to bike lights