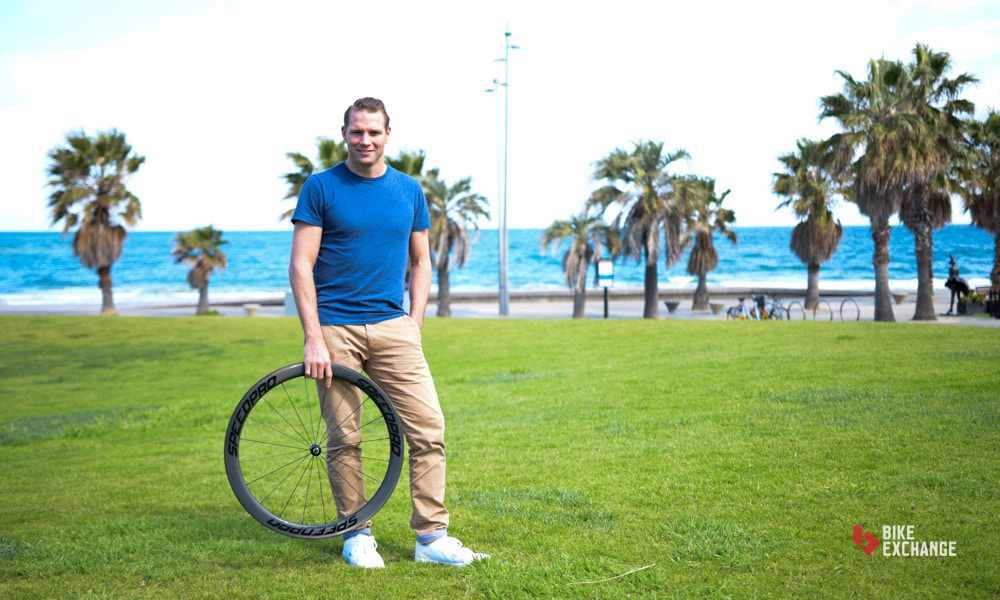 BikeExchange sat down with the duo to find out how their time as professional cyclists dictated the standard for the wheels and what sets Speedpro apart from the rest,

From the Peloton to the People 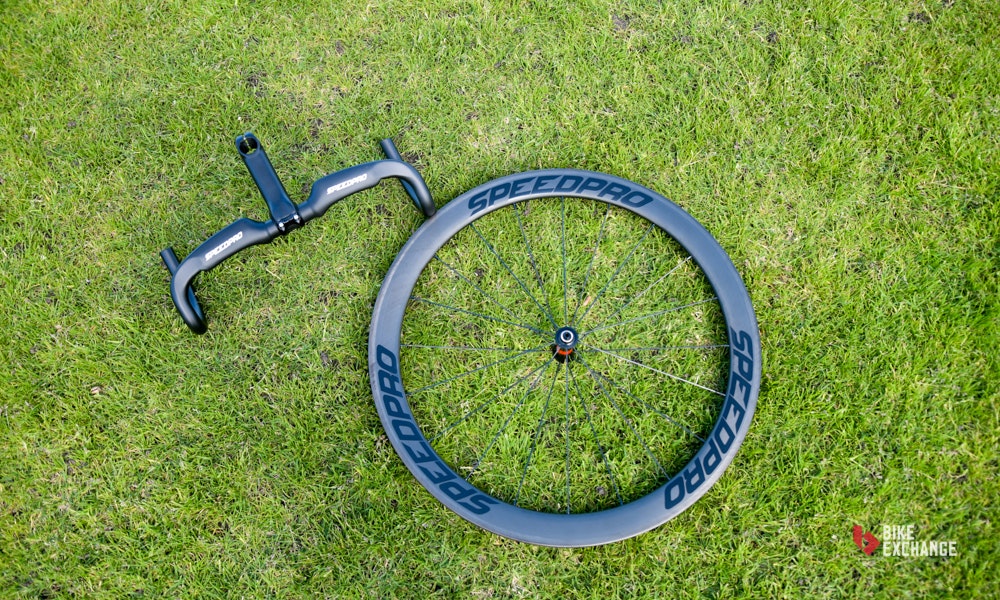 Cantwell has been involved in the bike industry since the tender age of 15, where a job at his local bike shop got his foot in the door and sparked a passion that is still as strong as ever some 20 years later. He points out that life after retirement as a professional athlete can be difficult to navigate, and he is thankful for becoming familiar with the ins and outs the bike business from a young age.

Any well-known athlete can put their name on a product and expect it to sell based on athletic merit, but it is the complementary nature of the duo's industry knowledge and first hand-experience as a paid bike racers that provides a difference for Speedpro.

Hailing from the Gold Coast, Cantwell rose from humble beginnings as a promising junior to racing amongst the thick of European scene at 17 years of age. Upon his return to Australia, he began working for Teschner - a frame building company, where he remained for three years until a moment of clarity gave him the motivation required to race at a high level again. “It was a moment I remember clearly, I thought to myself, I am 24 years old, I should be on the road racing bikes not on the road selling bikes”. It was then he took himself to the USA on his own terms to race the national series and saw much success.

His time at Teschner would later come in handy, as would the networks he formed with riders in the peloton.

Stepping up to a professional contract with Saxo-Bank, Cantwell found himself racing alongside Matthew Goss of Orica-GreenEdge who claimed overall victory at the 2011 Milan San-Remo, one of the most prestigious monument races on the professional calendar. They have many stories from the pro-peloton to share - Cantwell recounting a standout moment that cemented their relationship as friends and later, business partners - “It was the 2012 Tour de France, and I had (unknowingly) fractured my right tibia in an earlier stage, so coming into stage 19 my knee was blowing up and there was no way I was going to finish the tour. I was in the main grupetto of about 50 riders He (Goss) was pushing me up the 13km climb, I wouldn't have finished the Tour without him”. 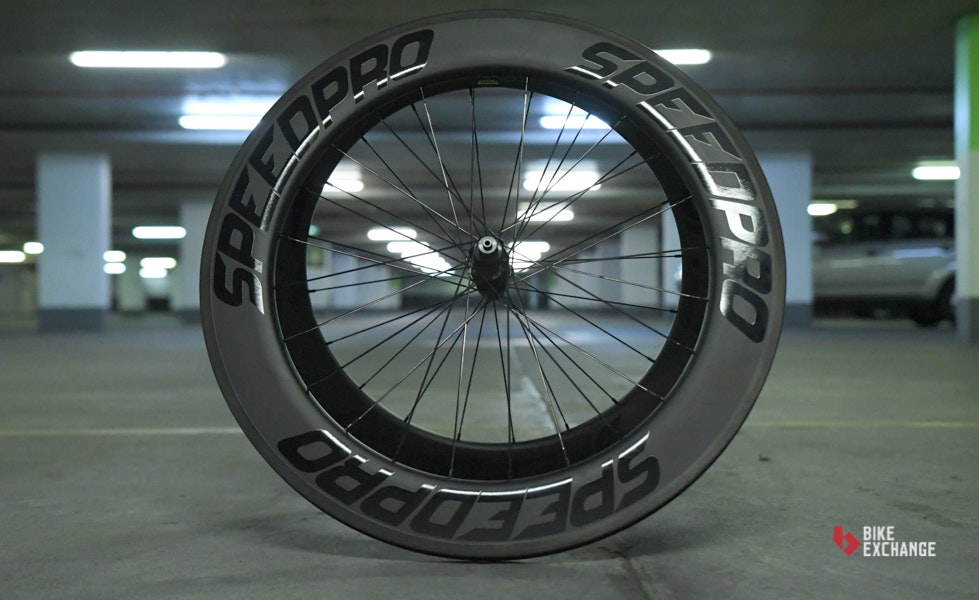 Both Goss and Cantwell agree that time on the WorldTour circuit helped nut out the elements of a worthy wheel, “We know what it feels like to ride good wheels and we know what it feels like to ride bad wheels” explains Goss. For Cantwell, it comes down to credibility “I spent many years as a pro athlete, I know what wheels feel like and how they should respond” - emphasising the point that if he didn’t 100% trust the performance of the wheels himself, it would not be offered to consumers - Goss adds, “We ask ourselves, if we want to ride it, will our customers want to ride it?”.

Today, Jonathan Cantwell is the CEO of Swift Carbon Australia, an exclusive distributor of the boutique Swift Carbon frames. His time is spent at the company's retail shop, based just off Beach Road in, St Kilda, the home of road cycling for inner-city Melbourne cyclists. His enthusiasm for not only the brand but the bike industry, in general, is evident from the first introduction.

Eager to share the story of Speedpro, Cantwell makes an early point in establishing that Swift and Speedpro are two separate entities - although given that all Swift bikes are custom built, it will mesh nicely to have a range of wheels on hand for build options.

Speedpro, conceptualised in November of last year, has seen a rapid actioning from idea to reality. The foundations with the factory in China where the wheels are manufactured had already been laid down courtesy of Swift. Cantwell had a prototype wheelset sent to him to personally put to the test. Having spent his last ride as a pro aboard Zipp wheels, he was eager to see for himself if the new prototype offered what was expected as a standard for a performance race wheel. After some constructive feedback and a few tweaks, the first wheels were rolling on Australian roads in March 2017. Strongly invested in club and domestic-level racing, Cantwell aims to start supporting grassroots cyclists who are the lifeblood of the industry. 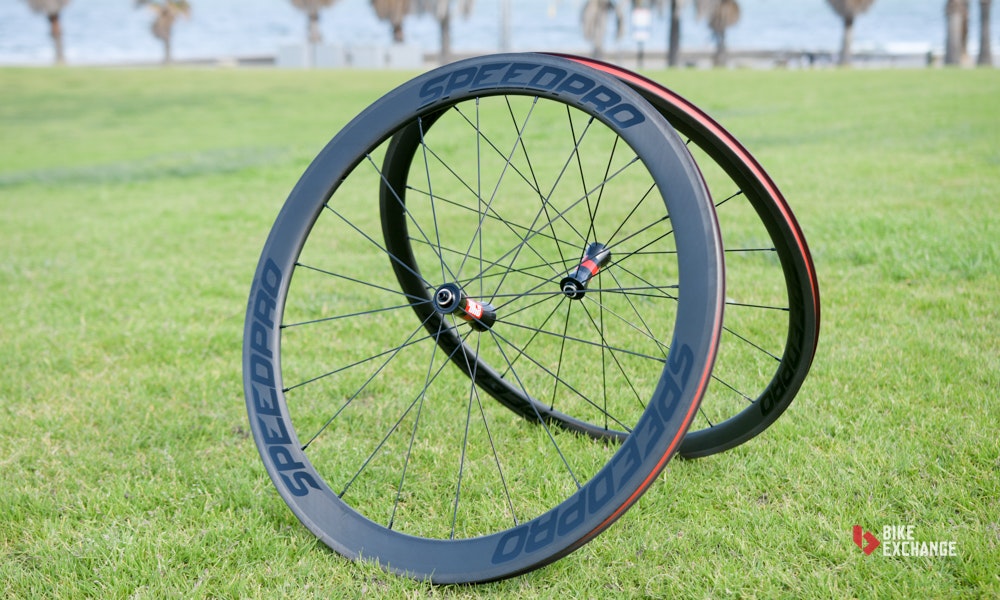 The beauty of the consumer-focus is that buyers can contact Cantwell or Goss directly to seek advice and suggestions. “We don’t want to pigeonhole our customers, we will work with them to meet their price range and desired build”. Speedpro wheels are available as a custom build and riders are encouraged to outlay their hub, spoke and rim depth requirements so that the ideal wheelset can be created.

On all existing wheelsets, riders can choose from DT-Swiss 240 or 350 hubs, Sapim CX-Ray spokes and soon, the option of custom coloured decals and the option to upgrade the stainless steel bearings to Enduro ceramic bearings. Additionally, Speedpro also plan to offer disc brake compatible wheelsets in the very near future.

The duo pride themselves on the fact that they can engage directly with their customers to and not leave people disillusioned with marketing jargon or contradictory advice. True to this philosophy, Speedpro takes no-nonsense descriptors for its products: Referring to the rim-depth in millimeters, Speedpro offer 36, 50, 60 and 80 carbon clinchers. There is also a Tri-Spoke and Disc wheel for the discerning triathlete or TT specialist.

The road wheels are not tubeless compatible, which Nick Edwards, resident wheel-wizard and GM of Speedpro Australia, explains due to the fact that sealing tyres at high-pressures, over 100 PSI, is not often successful. He also goes on to explain that the high pressure places strain directly back down onto the rim, which can cause problems with spoke tensions, making the wheels go out of true or constantly needing maintenance. The way they see it, the costs outweigh the benefits. 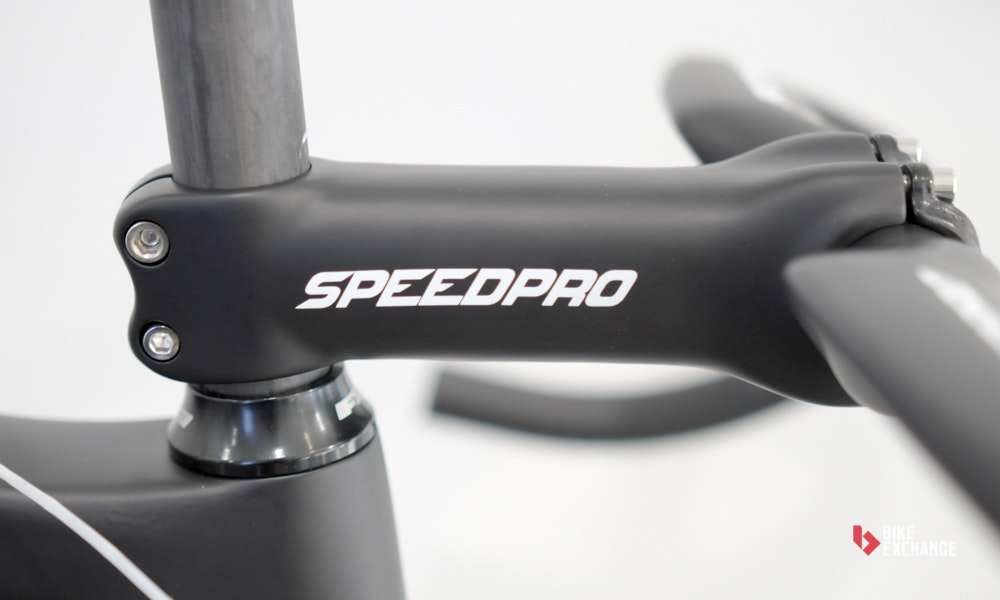 When asked about the option for tubular wheels, Cantwell brings the point back that for the majority of consumers, the U-shaped clinchers will perform as required. He hasn’t completely dismissed the idea though, commenting that although the tubular world is ‘niche’ - he has plans to enter the market later, perhaps with the partnering of a pro-team which is on the cards for the company's future.

When pressed about the manufacturing process, Cantwell is honest about the origins of the rims. “We don’t hide that they are open moulds, Matt and I have spoken at length about having our own moulds. The company is in its infant stages, so it has been discussed, but with a closed mould, is the wheel going to be better? Is saying we have our own mould going to increase the performance?”

While Cantwell hasn’t written off the idea entirely, there are other priorities for the brand. At this stage, they would prefer to inject money into growing the company locally and supporting racers and teams, rather than pouring all their resources into a closed-mould project for what they feel won’t make a groundbreaking difference. 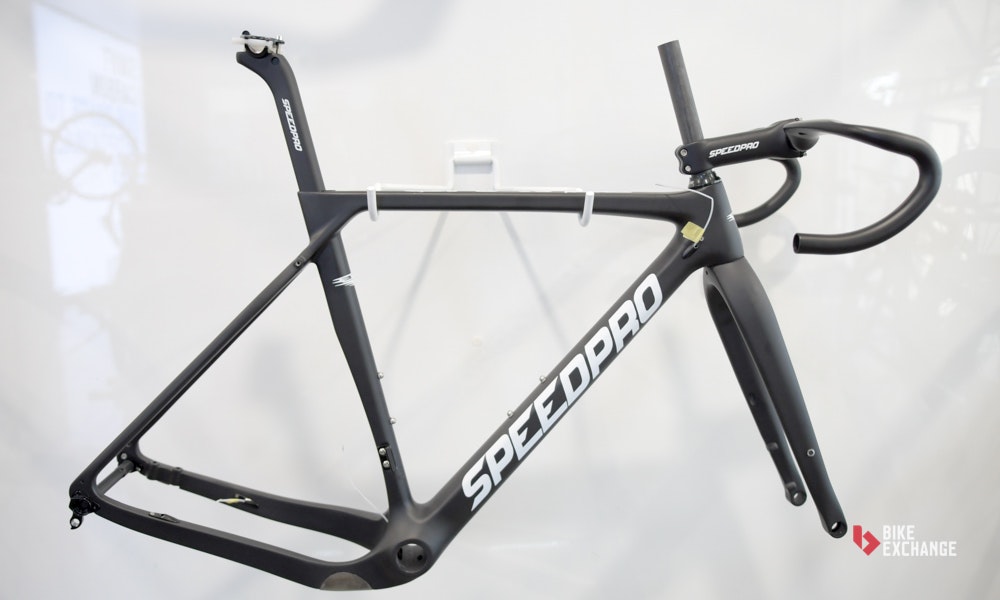 Today, many road cyclists are seeking out gravel for an all-day adventure and this hasn’t been overlooked by Speedpro. Speedpro Australia GM and resident mechanic at Swift, Nick, introduced us to their prototype Gravel frame and the soon-to-be-released DS38 wheelset. Capable of racing cyclocross, completing and all-day adventure gravel ride, or just simply commuting to work, the frame is as no nonsense as the brand's catalogue of wheels and can be built to suit a myriad of ride styles.

In addition to the gravel frame, Speedpro will also offer a range of carbon finishing components such as seatposts, stems, an aero handlebar and bottle cages

So what of the future for Speedpro? “The landscape of the bike industry is changing big time, so we have to be ahead of the game”, says Cantwell, who lists off some potential expansions across the globe. “We soon plan to build the wheels in house, we will have the rims sent to us and we will have our own wheel-builder, which creates another job for somebody, supports the industry.” Although plans to expand often mean a distancing from the personal touch of a brand, Cantwell brings home the driving philosophy behind Speedpro as a wheel that is made for the wider community in cycling - “If I can give 3 or 4 people a job, that will make me sleep better”.

Want more information on the rolling stock on your bike? Check out our comprehensive guide to road bike wheels.