Geelong and its neighbouring regions have long been regarded as great riding terrain, but this reputation has only grown in the last decade. The watershed moment was arguably the 2010 UCI World Road Championships, which was hosted by Geelong and put the city on the map for cycling fans. One of the region’s most famous residents, Cadel Evans, has also played a part. Australia’s only Tour de France Winner (2010) and World Champion (2009), Evans has a residence in Barwon Heads and deep ties to cycling here. 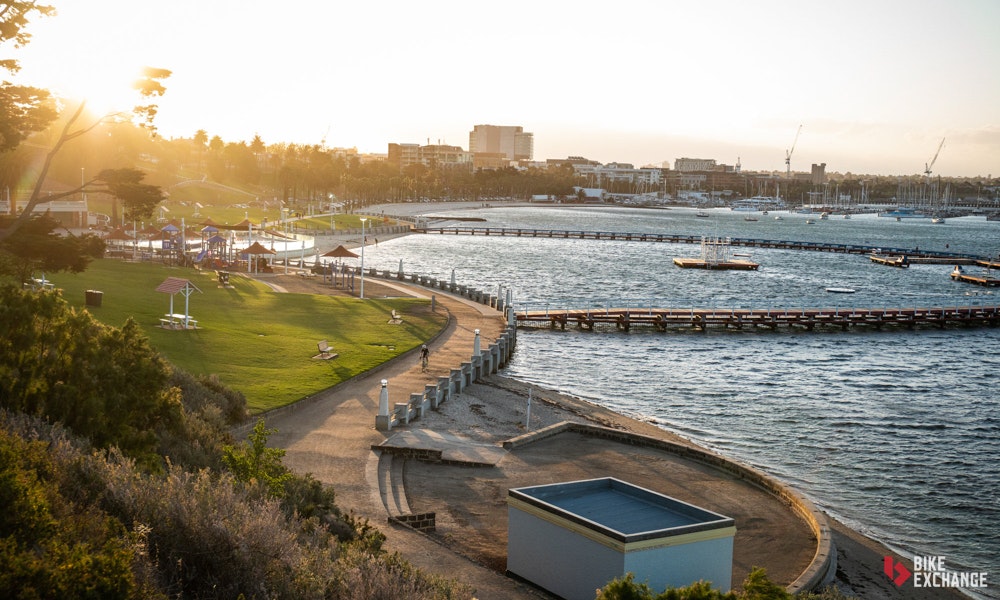 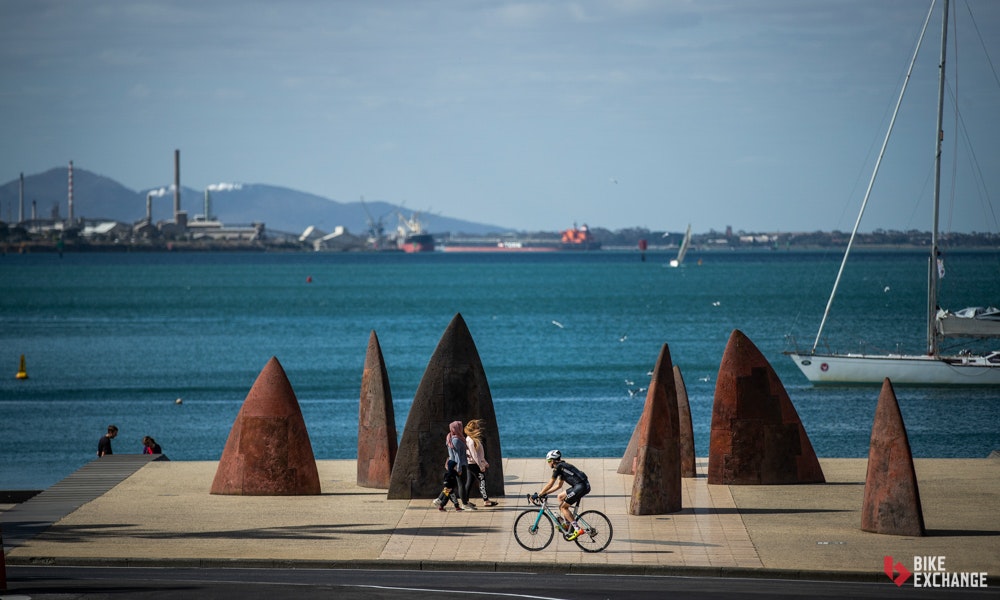 When Evans retired in 2015 after an illustrious career, his farewell race was the newly-established Cadel Evans Great Ocean Road Race, which has grown in status to be a UCI WorldTour classified race, and a standout of the Summer of Cycling.

Over a gruelling 167km, the race route takes the peloton along the Surf Coast and stretches of the Great Ocean Road, before turning back to Geelong for four laps of a technical city circuit featuring the hilly suburbs of Newtown and Highton and the steep, decisive Challambra Crescent climb. It’s a popular event for spectators – especially the climb of Challambra, which gives fans a close look at the suffering etched across the faces of their heroes as they grind their way up gradients exceeding 20%. 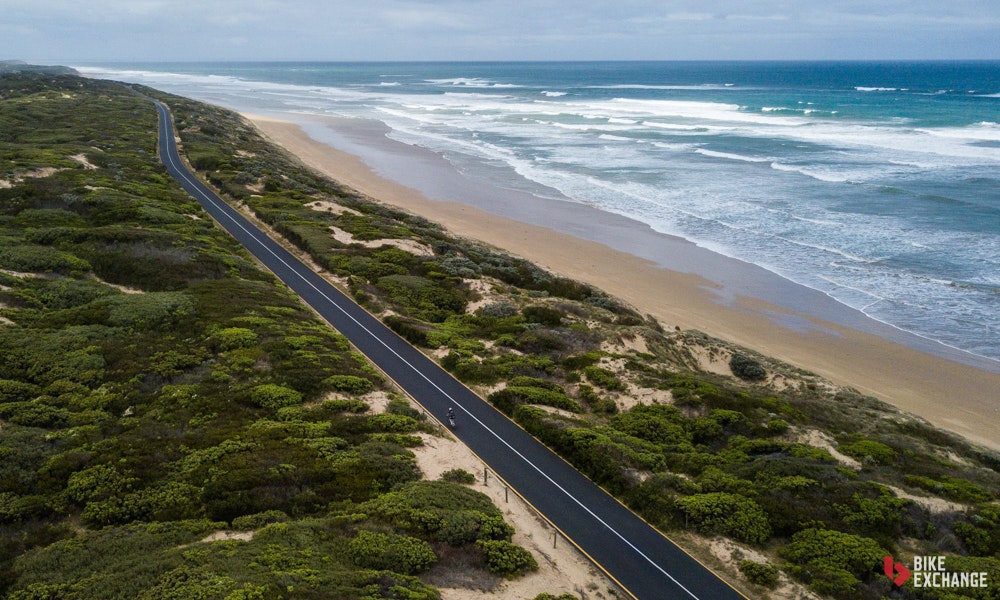 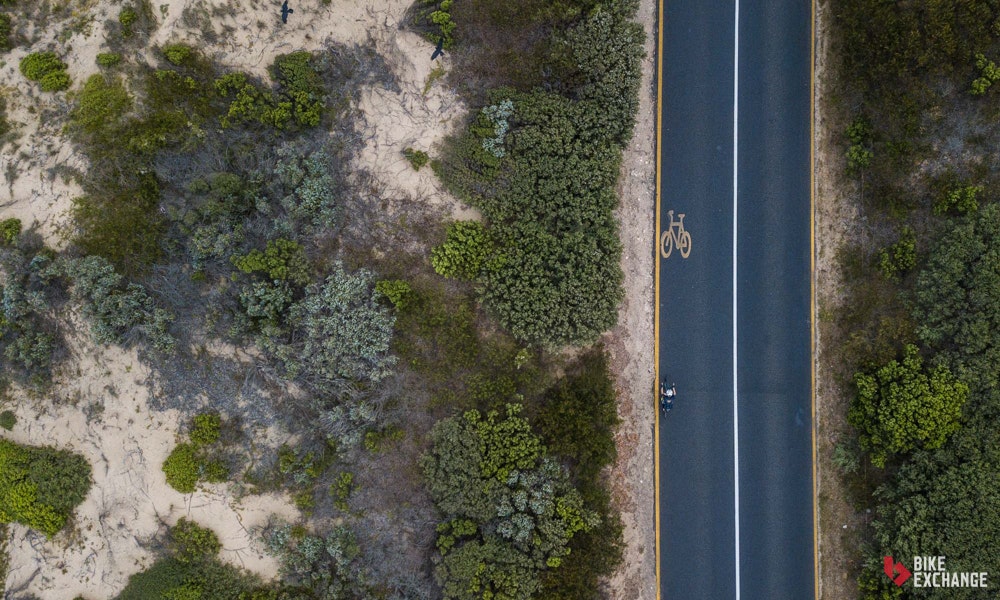 Geelong today is a mix of heritage-rich buildings, paired with newer developments. Close enough to Melbourne that it’s within commuting distance, the population steadily grows. University campuses bring the youthful vitality of a student population, while the city’s position as a gateway to the Great Ocean Road brings a steady flow of tourist trade. There’s plenty for visitors and residents alike to enjoy – a calm bay, open water baths at Eastern Beach, stunning coastal promenades, palm trees and botanical gardens. For more information on the region, and a stunning imagery catalogue, check out the full article over on CyclingTips. 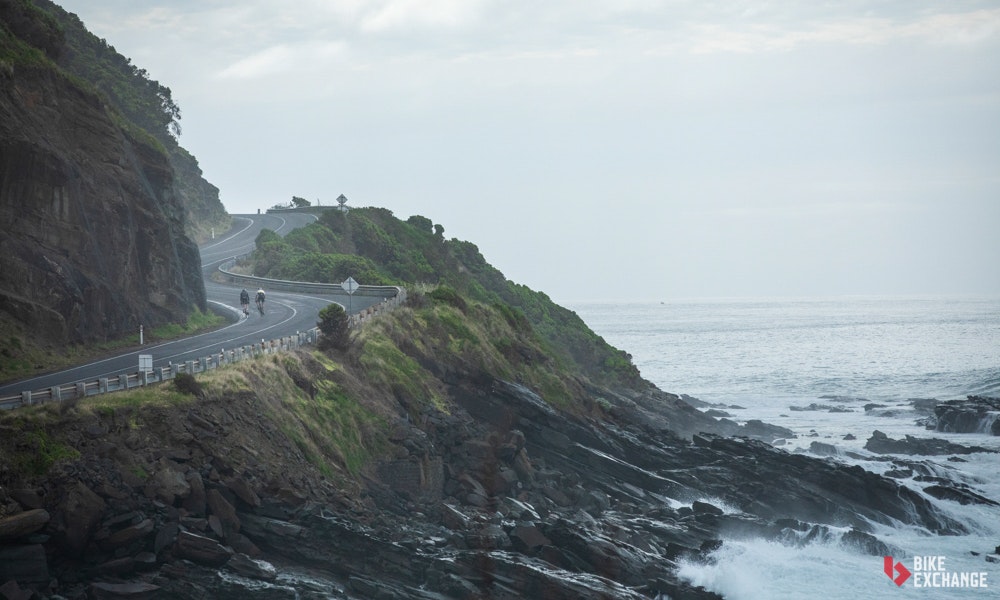 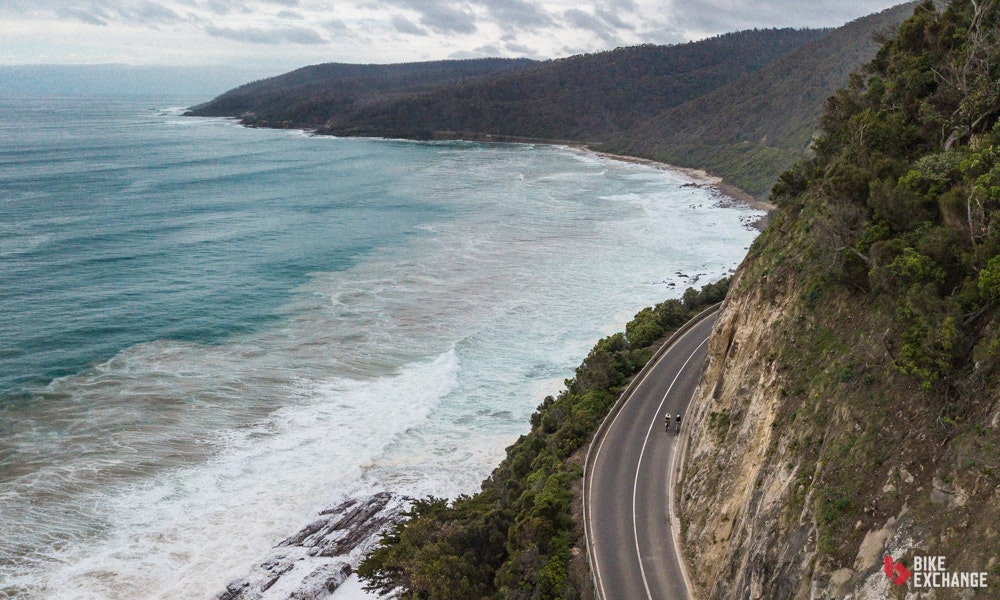 The Race Stay Eat Do

The 2018 Cadel Evans Great Ocean Road Race will be held over the Australia Day weekend, with associated events running from 24-27 January. Towards Zero Race Melbourne (24 Jan) is a thrilling criterium style race around Albert Park Lake, the Australian F1 Circuit located in Melbourne. Expect a masterclass in speed and strategy as the men’s and women’s fields show off their early season sprints. Entry is free. Held in the early evening of 25 Jan, the Vegemite Family Ride is a fun activity for the whole clan. The Swisse People’s Ride (26 Jan), meanwhile, offers participants the opportunity to ride with Cadel Evans and test themselves over 35km, 65km or 115km ride distances. The UCI 1.1 classified elite women’s race, held on the afternoon of 26 Jan, will see the cream of the women’s peloton tackle a tough 113km course. Australian sprinter Chloe Hosking took out the honours with a popular win last year – can she defend her title? Concluding the weekend on Sunday 27 Jan, the UCI WorldTour elite men’s road race has quickly become a prestigious fixture in the calendar, bringing the best in world cycling to Geelong. Over a gruelling 167km, the peloton will navigate the Surf Coast and stretches of the Great Ocean Road, before turning back to Geelong for four laps of a technical city circuit featuring the steep, decisive Challambra Crescent climb.

Whether it’s a resort, a B&B, budget accommodation or a luxury getaway you’re after, there’s a wide range of accommodation available along the Great Ocean Road and in Geelong. Multiple AirBnBs are dotted throughout the region, offering a glimpse into how it is to live as a local – although note that in peak times, especially during summer, demand can be high. If you want a more pampered experience, locations like the RACV Resort in Torquay provide a taste of family-friendly luxury. After a more curated experience? Stay at one of the region’s eco-lodges, or a bush retreat, or a secluded cottage.

Geelong has close enough proximity to Melbourne that it’s picked up enough of the capital’s tricks when it comes to quality food and drink, and enough local nous and skill to further those ideals. With a sizeable cycling community to cater for, you’re never short of a good coffee. On our visit to the city, we were particularly taken with Coffee Cartel. Outside of Geelong, on the Bellarine Peninsula, it’s hard to go past Annie’s Provedore in Barwon Heads, which serves excellent food for all three meals of the day along with great coffee and pastries. The Great Ocean Road is also not short of quality options in any of the major towns along its length.

Geelong and surrounds have plenty to offer visitors, both on the bike and off. Although the region is probably best known as a summertime drawcard, when the sun and the surf conspire to create picture-perfect days one after the next, it’s also lovely year-round. Explore the rolling vineyards of the region, visit the art galleries of Geelong and take in the cultural events that are scattered throughout the year.

This content is brought to you in partnership with Visit Victoria, Imagery courtesy of TBS Photography

Looking to get back into riding, stepping into it for the first time, or simply just chasing a cheap upgrade? Our guides to the best budget Road, Mountain, and Commuter bikes are the perfect place to start your search.