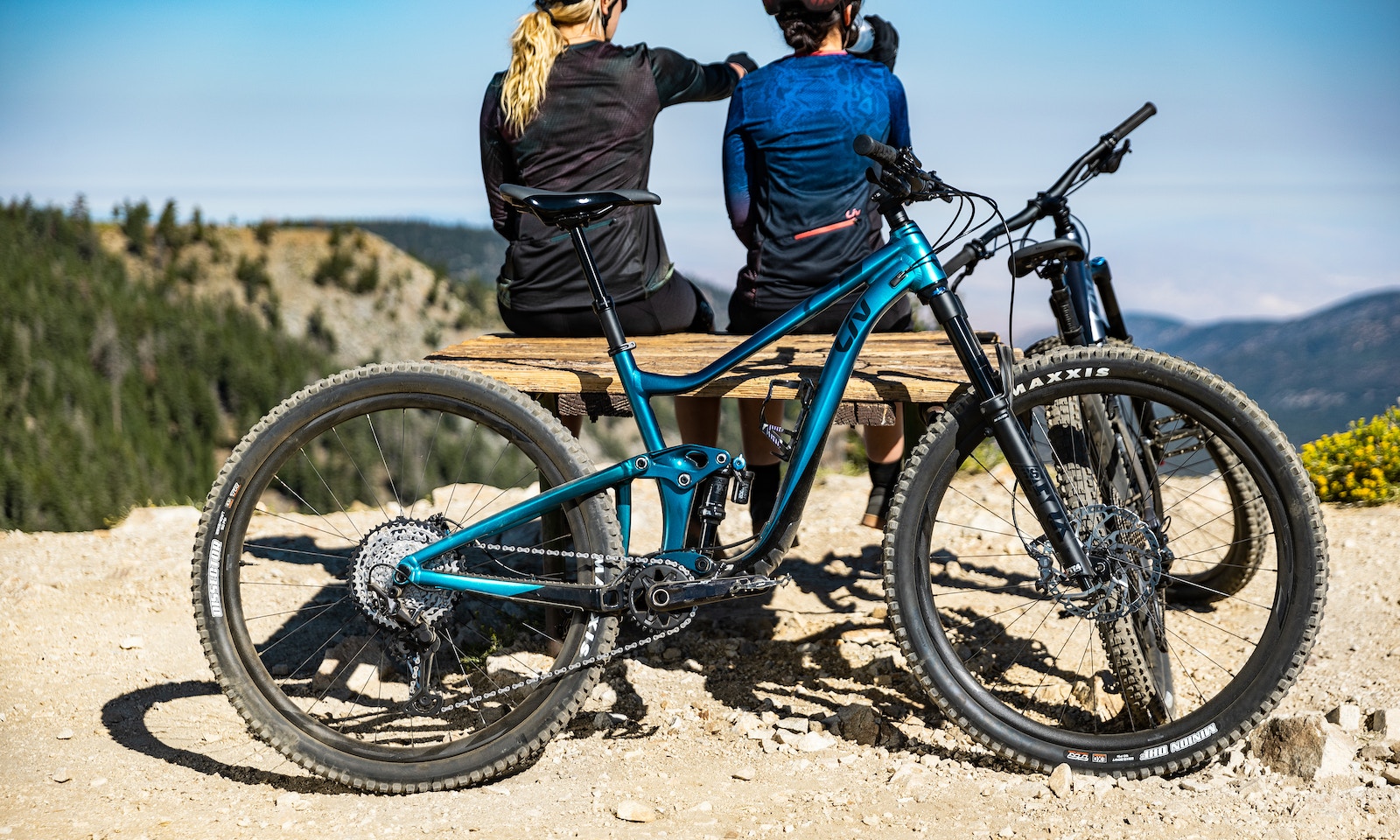 After being given a comprehensive overhaul in 2018 complete with the 29er treatment, the world's largest bicycle manufacturer has added another feather to the cap of its immensely popular Trance trail bike. While its female-specific Liv equivalent, the Intrigue, scores larger hoops for 2021 with the Intrigue 29. Both bikes are said to be designed for all-mountain style riding, while still offering the climbing prowess both bikes are known for. So with our further ado, join us as we take you through the 2021 Giant Trance X and the versatile new 2021 Liv Intrigue 29 trail mountain bikes. 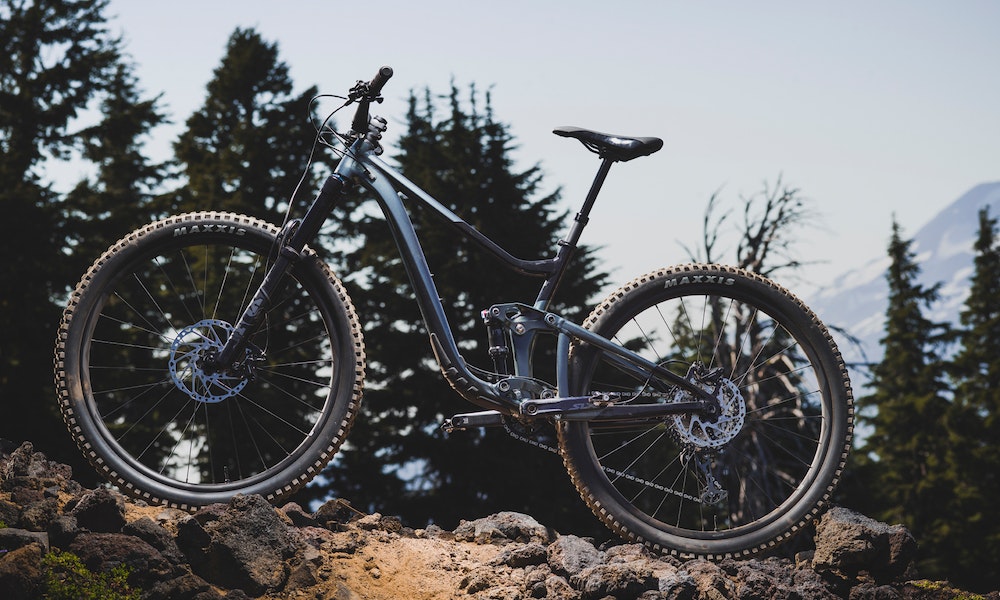 The Trance X 29, the latest addition to the Trance range of trail bikes, extends the versatility of an already impressive platform by combining longer-travel suspension technology with the added confidence and control of 29-inch wheels. Giant says the Trance X is also the first modern Giant mountain bike to feature flip chip technology, which allows riders to adjust the geometry of their ride on the fly.

Offered exclusively in an alloy frameset, the Trance X 29 screams value for money with the Taiwanese outfits ALUXX SL aluminium making up both the front triangle and the rear of the bike. Giant says they've slightly tuned the proportions and the properties of its alloy too, which is supposed to offer increased stiffness for punchy climbs and holding a line through sweeping corners. 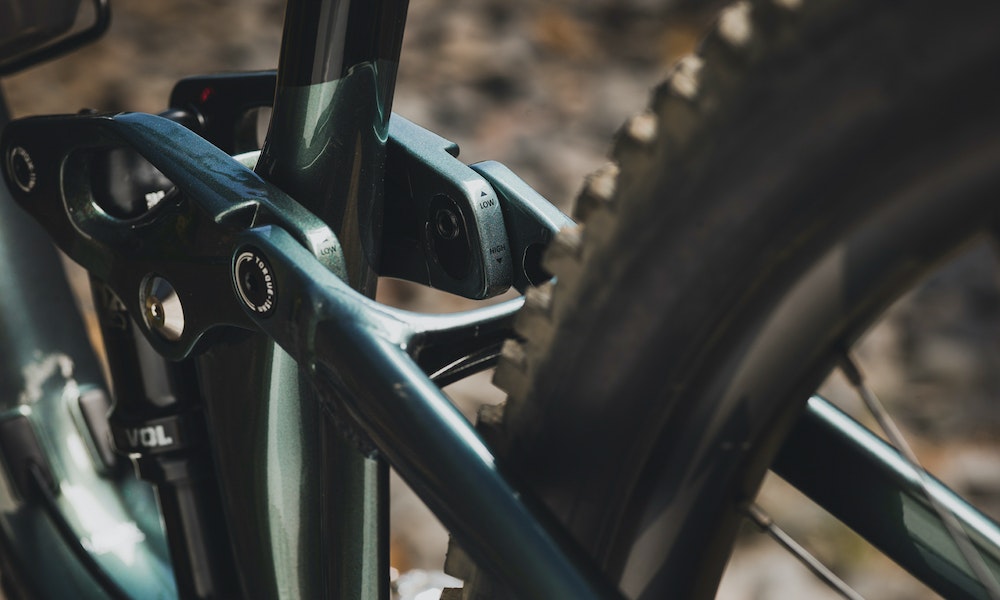 The geometry of the Trance X 29 has been given the "longer, lower, slacker" treatment. With its adjustable nature, the Trance X has an adjust headtube angle of 66.2 degrees to 65.5 degrees. The seattube angle adjusts from 77.9 degrees to 77.2 degrees. While the flip chip also alters the bottom bracket drop from 30mm in the low setting to 40mm in the high setting. Giant says the low setting gives you "slacker geometry that's better suited to faster, more open terrain". In contrast, the high setting offers "steeper geometry and is recommended for slower, more technical terrain." 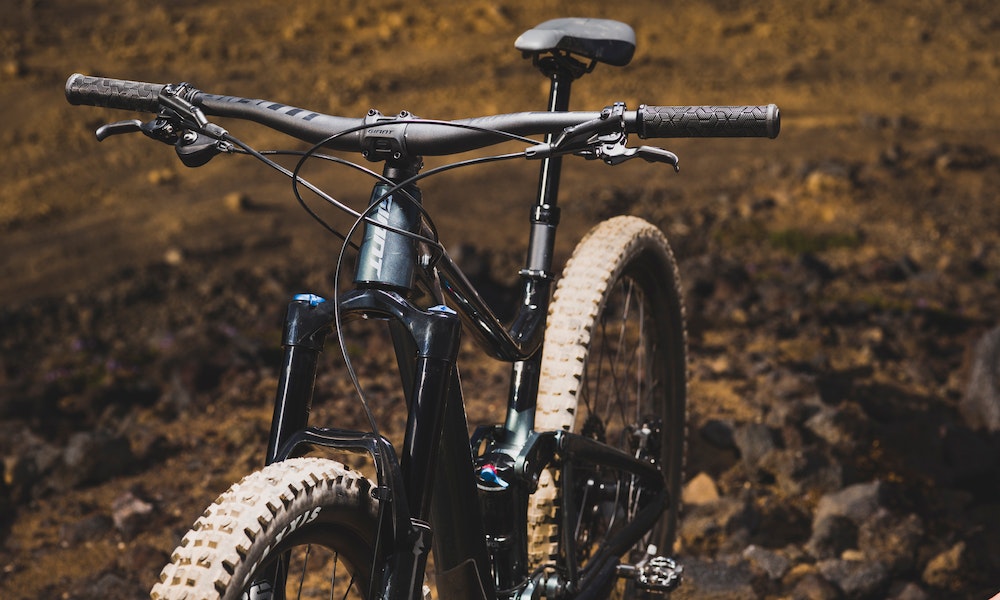 Onto the suspension and the travel has been extended by 20mm both at the fork and the frame. The Trance X 29 continues to make use of the Maestro trunnion-mount suspension system at the rear which Giant claims provides smooth and active travel over more technical terrain like rock gardens, and gnarly climbs strewn with tree roots and other features.

Rounding out the build kit of the new bikes is the rolling stock. The Trance X makes use of generous tyre clearance up to 2.5", boost spacing and is set-up tubeless from the factory. Ready, set, shred. 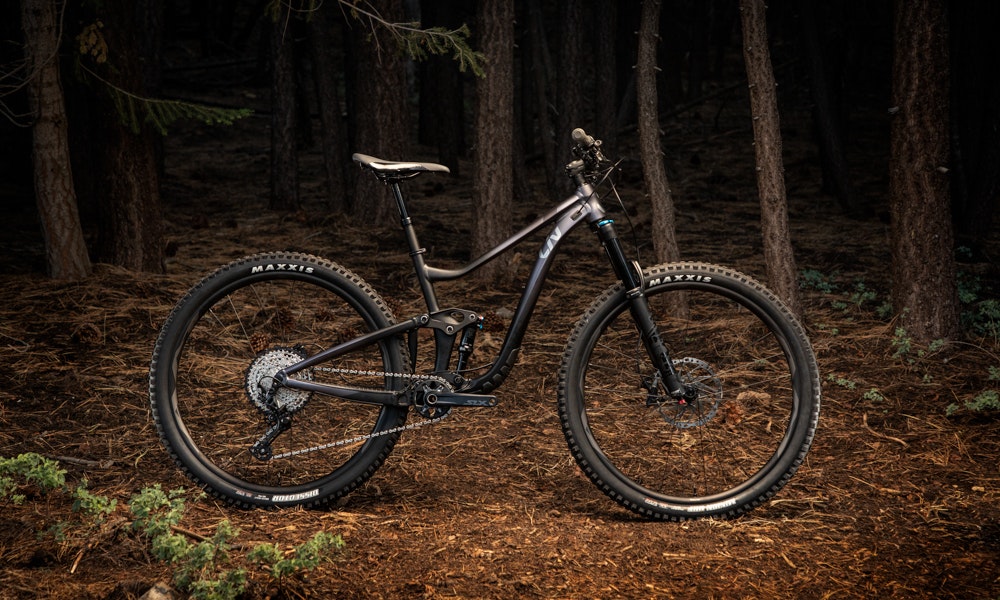 Over to the Liv side of the Giant family of brands and much like its stablemate, the Taiwanese company has adorned its Intrigue trail bike with bigger hoops and longer travel to boot. More than just a female version of the Trance, the Liv intrigue 29 was designed by women for women to be "hard-charging, versatile" and able to mow down everything from "technical single-track to aggressive terrain with ease".

Designed using Liv's 3F design philosophy, the Intrigue 29 makes use of both a frame geometry intended exclusively for women. Liv says that creating its bikes in this way allows its riders to optimise weight distribution, and efficiency for more traction, control and confidence, regardless of the terrain. 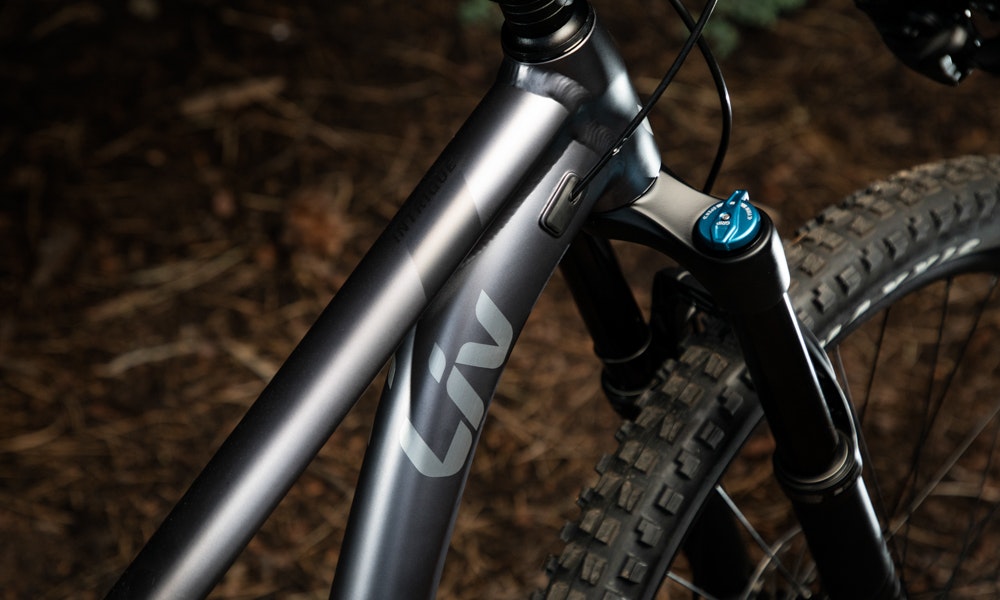 Much like the Trance X, the key features of the Intrigue 29 are the bigger hoops and the adjustable geometry offered by the flip chip. With the flip chip, riders can choose either a high or low setting. In the high position, a steeper headtube and seattube angle makes the bike handle quicker and places the rider in a more aggressive climbing position. In comparison, the lower position, with its lower bottom bracket height, and slacker headtube and seattube angle are claimed to give the bike more stability at speed. 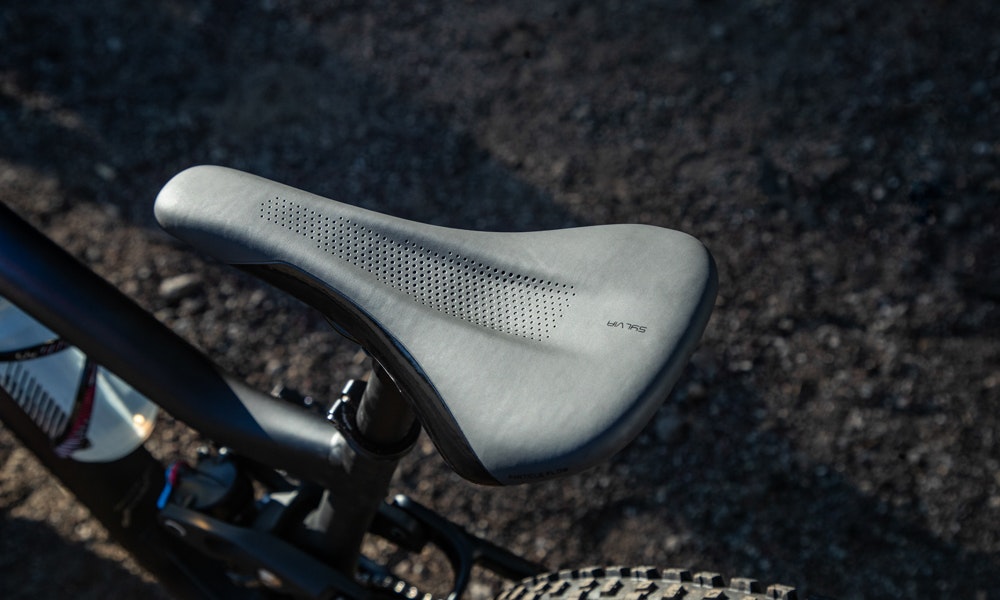 The Intrigue 29 makes use of an ALUXX SL aluminium front triangle, and rear swingarm which Liv claims offers up "best in class strength to weight ratios". All bikes in the range make use a 1x12 drivetrain, hydraulic disc brakes, dropper seatposts, integrated chainstay protectors and Liv's all-new trail-specific Sylvia saddles. When it comes to rolling stock, the Intrigue's 29" hoops make use of boost spacing and offer up to 2.5" of tyre clearance. Much like the Trance X and most other Liv mountain bikes, the Intrigue 29 is set-up tubeless from the factory, so this is a bike that truly needs nothing more than a willing rider atop its perch.

Both the Intrigue 29 and Trance X are available through Giant dealers Australia wide right now. The local range consists of; 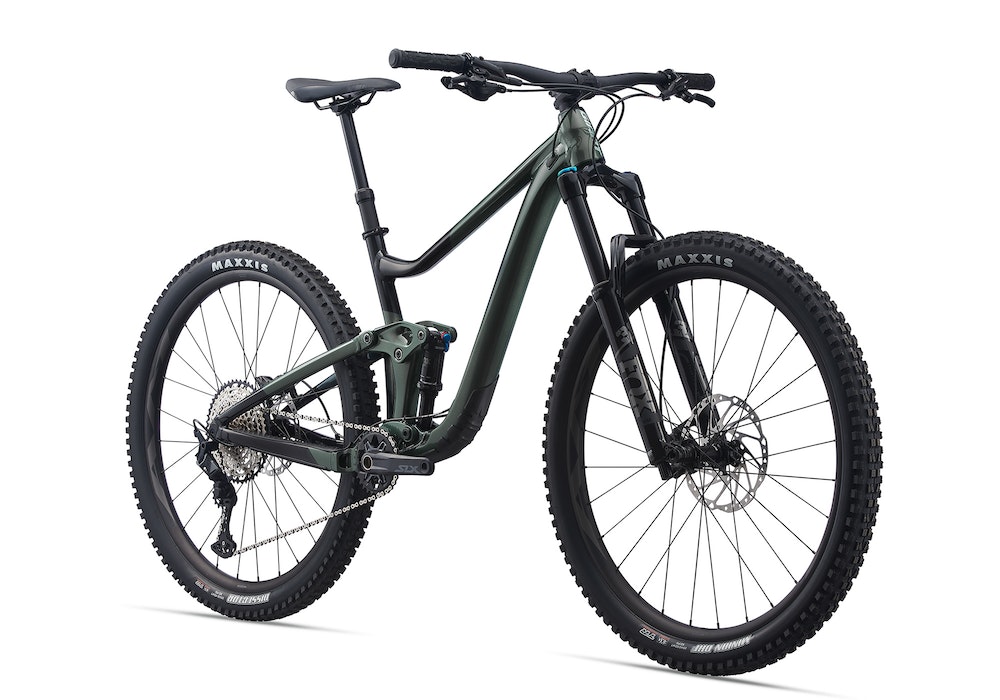 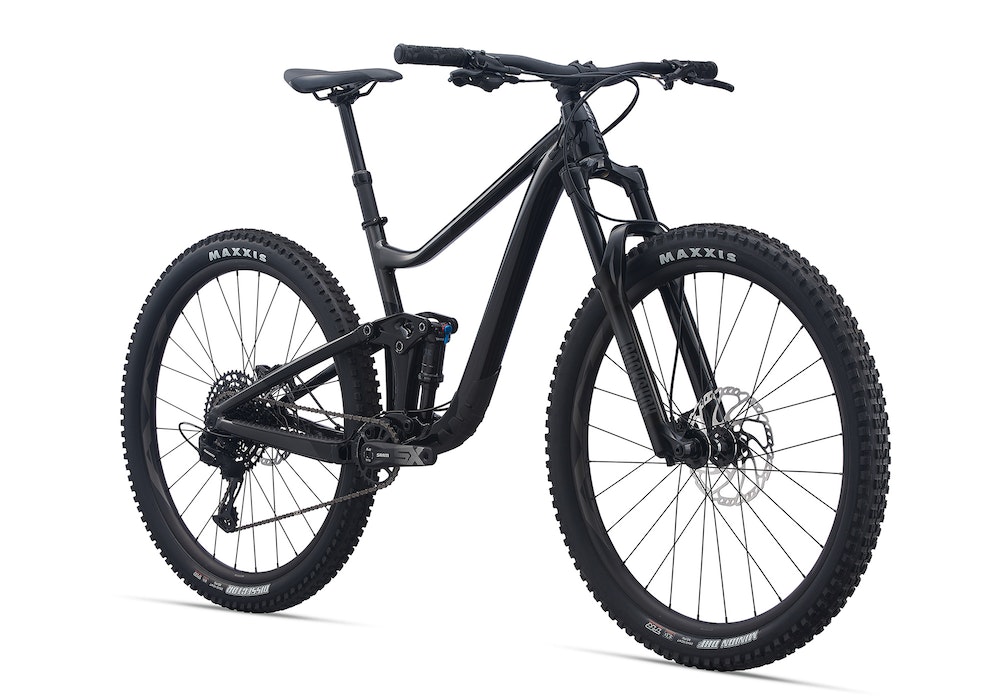 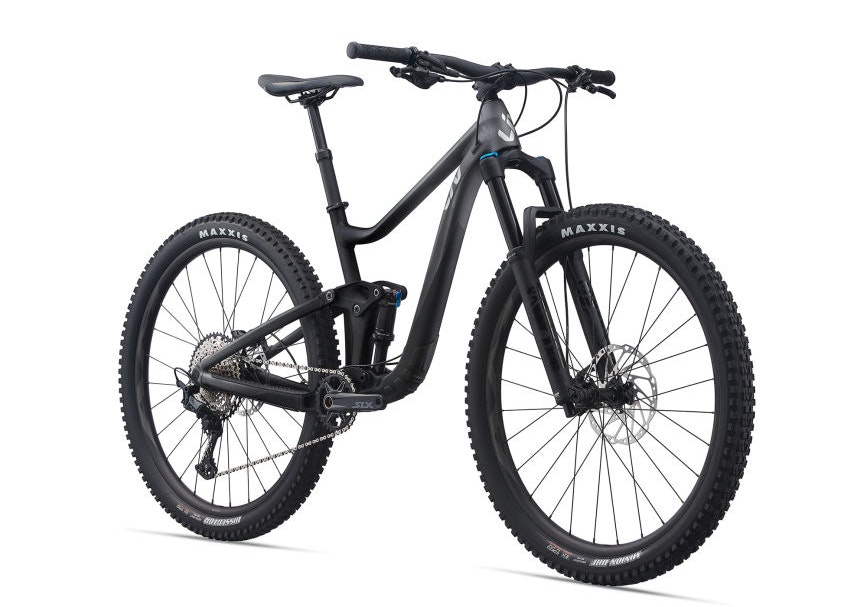 In the market for a new Mountain Bike and confused by the different options on offer? Check out our XC, Trail and Enduro Mountain Bikes Explained feature.