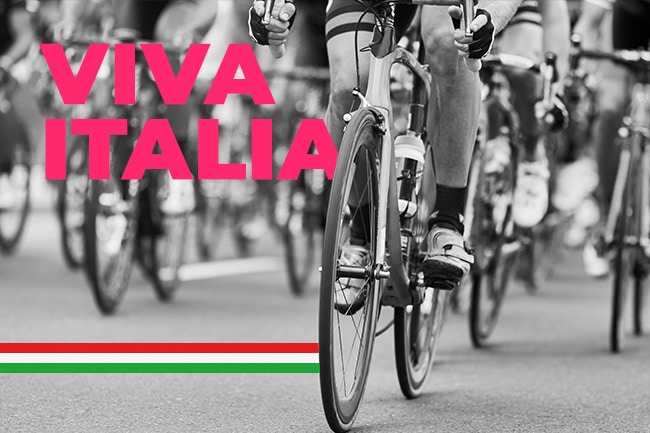 Home star Filippo Ganna (Ineos Grenadiers) crushed the field to take the opening stage of the Giro d’Italia on Saturday.

The 24-year-old world champion blazed through the downward-tilting 15.1km time trial into Palermo in just 15:24, setting an average speed of 58.8kph. His victory means he swaps the rainbow jersey for the pink of race-leader in his first-ever grand tour.

“I’m really happy,” Ganna said after the stage. “This jersey is fantastic for me, and my team will also be happy. I say a big thank you to them for the support to take the pink at the Giro.”

“Today I knew was one of the hot favourites but I tried to stay calm. We did it, what a great result and what a thrill to wear the Maglia Rosa on my first Giro, which is a good omen for the rest of the race.”

Ganna’s stage-winning ride comes just one week after he took the world championships in similarly dominating fashion. In August, he also took the Italian national time trial title, so giving him a trio of champion’s jerseys.

Behind the top-three, Geraint Thomas (Ineos Grenadiers) set the fastest time of the GC contenders, finishing in 15:47 – 23 seconds slower than his Italian teammate Ganna – leaving him in fourth-place on the stage.

How The Stage Unfolded

Saturday’s opening time trial into Sicilian city Palermo was all set for super-high speeds, with much of the race playing out on a downward slope. To add drama to the opening half of the race, strong crosswinds battered the long straight section of the course, visibly blowing riders off their lines.

Noted time trialist and outside contender for the stage Victor Campenaerts (NTT Pro Cycling) hit the deck during his ride early in the stage. The Belgian reacted in anger afterwards, citing rough surfaces and slick roads rather than wind as the cause of his crash.

Young Portuguese rider Almedia set the fastest time early in the stage of 15:46, moving him into the hot seat of race leader.

Soon after Almedia crossed the line, lightweight climber Yates defied his own expectations to post a strong time, less than 30 seconds slower than the Portuguese rider.

Former world time trial champion Rohan Dennis (Ineos Grenadiers) rolled down the ramp shortly after Yates, though failed to hit the provisional podium. The Australian visibly battled with his bike as he was battered by the gusting wind, riding long stretches out of the tri-bars, saying he was “taking no risks…. thinking of 21 stages, not 1” after the stage and claiming he felt unsafe.

As the wind began to ease, top GC favourite Thomas rolled down the ramp and finished just one second behind Almeida’s mark. “I’m pretty happy, the legs were pretty dead in the last two kilometres,” he said after the stage. “I haven’t seen many results, but I’m pretty satisfied.”

Ganna went soon after Thomas, crushing Almeida’s time by 22 seconds, hitting an average of 58.8kph over the 15:24 test.

It was a disappointing day all round for Astana. Not only did their GC contender Fuglsang lose nearly 90 seconds on Thomas, his key climbing wingman Miguel Angel Lopez crashed hard after hitting a bump in the road and losing control of his bike. He was taken away in an ambulance with the team stating on Twitter he has been taken to hospital for “further observation.”

Kruijswijk and Nibali, also contenders in the pink jersey battle, are also on the back foot before the race hits its first mountain. Sicilian hero Nibali finished 1:29 down on Ganna, just over one minute behind Thomas. Kruijswijk fared even worse, finishing 1:21 behind Thomas.