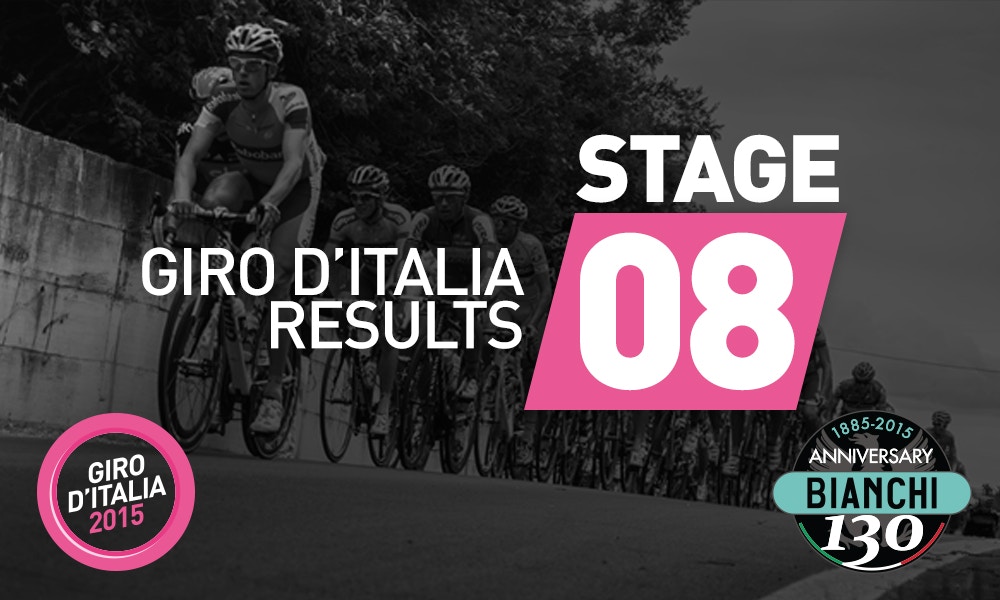 Stage 8 of the Giro d'Italia delivered a nail-biter day with the drama and anticipation we love to see from a Grand Tour.

Challenging weather, fast paces, two category climbs, an ever-changing peloton structure and breakaways on breakaways all combined to make for a gripping race.

The day's victory went to Movistar's Benat Intxausti who, after catching the head breakaway at the final climb and with only some 6km remaining, maintained a great and comfortable-looking click as he ascended up to and over the line, Mikel Landa of Astana and Sebastien Reichenbach of IAM Cycling less than half a minute off his tail.

Contador not only defied doubters to maintain his pink jersey; he even managed to score bonus sprint points early on in the race and, despite losing all his men but for Kreuziger, maintained a strong pace to finish with his key GC rivals. He might have been down but now it looks like he's far from out...

Tomorrow things really ramp up, with three KOMs along a 215km race, making for a long day in the saddle.

Thanks to Graham Watson for his image.

Missed any stages of the Giro d'Italia? Find them here