Pro Tips on How to Race Crits 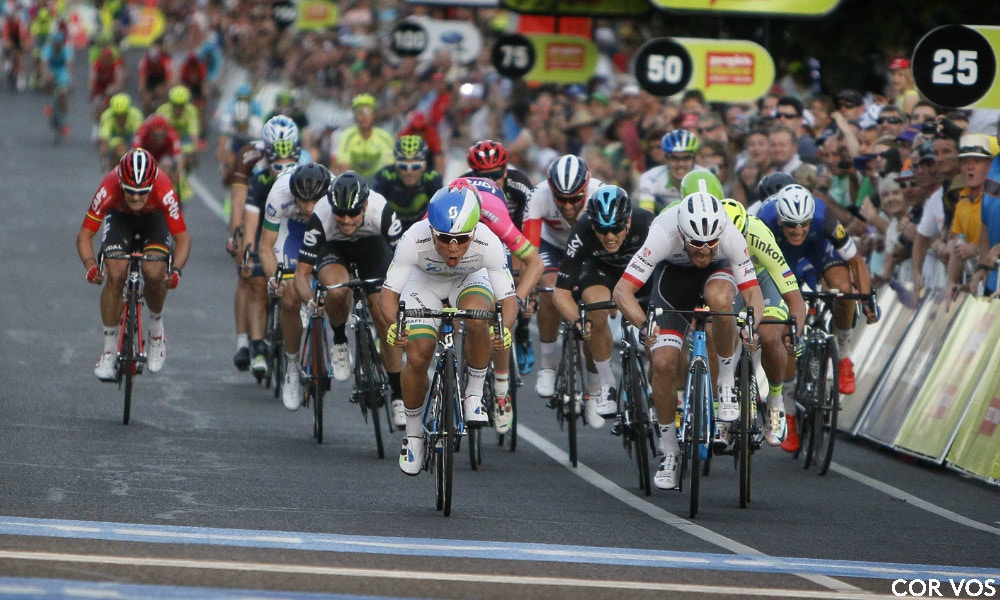 Criterium racing is fast paced, exciting and non-stop action from start to finish. Far be it from an extension of road cycling, this closed circuit racing is a different beast altogether and requires a unique set of skills to be successful. Criterium, or Crit racing is used to describe a short form of bike racing usually conducted around 1 - 2km closed circuits and is either based on total distance or time. Races based on time usually include a set number of laps to finish, for example a 45-minute race plus two laps. Due to the shorter duration, crits are more intense and faster than road races and require a different set of skills primarily based around cornering, positioning and sprinting.

To provide some helpful tips on being successful at crit racing, we've enlisted the help of crit racing master, Caleb Ewan, and former professional cyclist and founder of DaybyDay Coaching, Ben Day. Ben Day describes positioning as the most common mistake he sees in amateur crit races and the number one tip he would give to a new rider. "Positioning and efficiency are key. Get to the front and practice staying there, burning the least amount of energy as possible to maintain that position. Save the bullets (energy) for the sprint or when you go up the road. It's harder riding at the back than riding near the front - you're not saving energy back there." This sentiment is backed up by sprint sensation Caleb Ewan, "The biggest thing in crit racing is positioning. Never let yourself drop back too far, regardless of how tired you are. It's a lot easier racing from the front."

"It's harder riding at the back than riding near the front - you're not saving energy back there." - Ben Day

The front of the race is the best and safest place to be which is true in most forms of cycling, but even more so given the tight, fast, intense nature of crit racing. In and out of corners riders will slow down and speed up and if you are at the back of the group, the concertina effect of those changes in speed will get worse and worse as the race progress. You'll expend huge amounts of energy getting back onto a wheel when this happens.

There is also a greater chance of crashing at the back of the field as riders get fatigued, take risks to move up the bunch and have delayed decision making and reactions as they can't see up the road.

Try to position yourself towards the front quarter of the pack and stay there. It only takes a momentary lack of concentration to get swamped and end up at the back. And then you'll have to expend all your energy to try and get back to the front. Cornering is the difference between winning and losing as most crit circuits are short, between 1-2km in length and technical in nature. Being able to take a fast, clean and safe line through a corner is critical, it will keep you upright and in the race. Grabbing too much brake and washing off speed into a corner means you have to regain that lost speed when you exit the corner, requiring significant effort. The more speed you can safely carry through a corner the better. Ben suggests to "give yourself just a little more room so that you can maintain speed through the corners and not have to burn matches to accelerate hard out of the corner."

It's also important to hold your line. Often you will be taking a corner with two, three or more riders around you and so everyone needs to take a predictable line through the corner and not deviate. If you don't have the confidence in your cornering ability, pick out a rider who takes the corners well and follow them. Observe their braking habits, where they put their hands, how they approach the corner, if they pedal through and their body position.

"After an hour of racing, that’s a lot of corners" - Caleb Ewan

You will normally complete dozens of laps of the same course so you'll have plenty of opportunities to practice before the last couple of laps which Caleb says is ultra important. "After an hour of racing, that’s a lot of corners so you need to be able to handle your bike and take corners well, otherwise you'll be dropping a wheel and using too much energy getting back on."

How to move up in a race If you do find yourself at the back of the race and need to move up, don't waste your energy if the speed is high and the peloton is strung out. In that scenario, simply be patient and bide your time until the pace eases, making the progression to the front more manageable. As strange as it sounds given the fast aggressive nature of crit racing, patient riders often win.

Wait until the speed at the front of the race has died down and use this lull in momentum to move up. You'll be able to tell when this happens as the peloton which had been strung out in single file when the pace was on, will bunch up and spread across the road. When this happens and you recognise it's time to move, control your shift up the peloton and avoid any big fluctuations in speed as that will tax your legs which you'll need for later in the race.

If you do any work, make it worthwhile. Assuming that people are riding as individuals and not as part of a team, there's no point sitting on the front of a group setting tempo for everyone else, even if the tempo is strong. If you are racing as part of a team you may be required to set the tempo and keep the pace high to neutralise attacks, but if not, it's far too easy for others to sit on your wheel and save their legs, so avoid this situation.

Instead, if you are going to expend some energy, make it worthwhile and try to make the other riders put in an equal amount of effort to you. That means pushing hard out of corners to make riders behind you push equally as hard, and if there is any sign of cross winds, ride close to the gutter to make sure the rider behind you can't get a comfortable seat.

I can't sprint, so crit's aren't for me, right? Wrong!

Can you sprint? If yes, then great, but we weren't all born with the legs of Ewan, Kittel or Cavendish. Some riders will need to be a little more creative. Due to the fast pace of crits, it's extremely hard to breakaway solo, and even if you get away with a group, the high pace of the peloton will more often than not bring you back, and so crit racing heavily favours sprinters. However, if you are not a pure sprinter there are still plenty of ways to get a victory.

The breakaway is the most obvious example. If you can get away with three or four other riders, you have a chance of staying away. Four or five riders working cohesively can make it hard for the peloton to bring you back. If the breakaway group works together, the pace will be as high as the riders can manage behind, and no lone rider in the main group will want to use their energy to bring the breakaway back, especially if no one else is contributing to the chase. Again, that's assuming people are racing as individuals and no teams are involved. They key here is committing to the breakaway and putting the games aside until a size-able gap has been formed.

The other option is a surprise attack close to the finish line. Normally you will get a five, three or two lap warning to the end of the race, this is time to strike! If there is even the slightest lull in the pace, which there will normally be as no rider wants to be at the front of the race at this point, hit the group with everything you have. No rider wants to be the first to jump and try to cover it, which will lead to a gap opening. That gap could be two seconds, it could be ten, but if you can't sprint to save yourself, this is a great way to steal a victory. Similar to the breakaway, you need to 100% commit if you plan on taking this option. The formula for almost every crit race you will ever do; hard at the start, solid tempo through the middle with some attacks, hard towards the finish, culminating with a sprint. As a result you need to be prepared for the start of the race to the FAST!

Everyone is fresh, everyone is excited, and at this stage everyone thinks they can win the race. Don't get caught up in the hype at this stage, remember the earlier comment about being patient..?

Depending on the length of the race, give yourself 15 - 20 minutes to get a feel of the course, the riders around you, who's strong, who can corner, if there's anyone you can form an alliance with and to get away with. All of these things are important and will decide the podium positions. If you are chewing bar tape and in the red zone within the first 15 minutes of the race, you won't be in the mix at the end.

Often there is a lull in the middle part of the race when riders have settled into their rhythm and the earlier excitement has dissipated. No one really wants to expend any energy at this point because it's too far from the finish line, or possibly there is a breakaway up the road that nullifies any attacking from the peloton. Use this time to conserve energy, save your legs and start thinking about the finish.

The pace will start to wind up again approaching the finish, as all the non-sprinters will have read the advice above in this article and decided to attack, while the sprinters will be trying to position themselves for the final. Again, be patient and try to position yourself within the top ten or so riders, the winner is not going to come from 20 deep.

And now that you know the start is going to be fast and furious, do a proper warm-up. Either bring your stationary trainer down and spin your legs or do a 30-minute ride to get the blood flowing and your body ready.

Crit racing could be viewed as a fast moving game of chess. You need to be able to adapt and respond quickly without a second thought. By the time you have considered your options, it will be too late. Trust your instincts and go with your gut. The great thing is, the more your race, the better and more intuitive your decision making becomes.