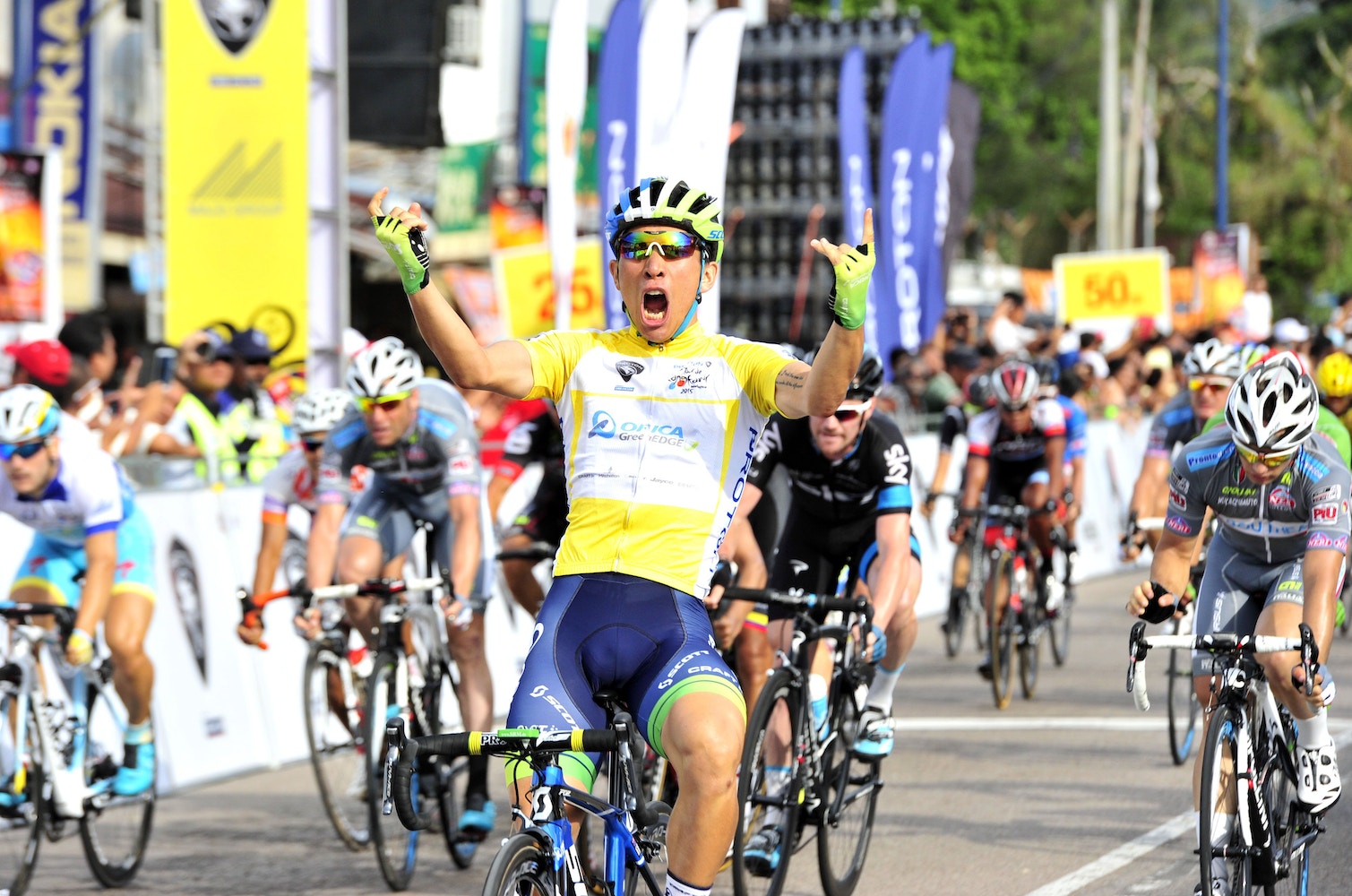 We caught up with Australian cycling gun Caleb Ewan on the eve of his 2016 cycling campaign. Although the young sprinter has been making waves on our shores for years with his impressive palmares, he's now looking to make a name for himself on the international stage and build on one of the most successful debut seasons in history.

Hi Caleb, to start with can you reflect on your highlights of 2015?

The biggest highlight of the year was winning a stage at the Vuelta a Espana.

The Tour of Korea was also a highlight. I won a lot of races there, and although they weren't massive races it was good to get the wins. Your debut year (14 wins at age 21) was better than Cavendish, Sagan, and basically anyone before you in terms of wins vs. age. What are your thoughts about that?

It's great to be around the mark with guys like Cav, Robbie and Sagan. Marcel Kittel was a little bit older than me, but had more wins in his first year. Hopefully my career will progress like theirs has and hopefully there are big things to come.

I still need to do all the hard work to get those type of results in the future, but it's nice to have the wins and be on par.

See also: Check out our chat with Caleb from the start of the 2015 season

What was it like riding your first Grand Tour?

It was really, really hard!

I didn’t know what to expect going into it, and I'm not sure my form was at its best, but it was so hard. I really struggled and got dropped in every stage other than my win. The plan was to target the first ten days and try to get a stage win, luckily it paid off.

What was it about the racing that made it so hard?

The intensity of the racing was on another level. Also having so many GC teams there meant that they kept pushing the pace trying to be up the front. It made the whole race very uncomfortable and intense.

How do you plan to improve and adapt to Grand Tour racing?

A lot more kms, getting stronger and also racing at that higher level more often. In 2016 I'll be racing a lot more at WorldTour level, which will help a lot. 2016 is a huge year – Australian Summer of Cycling, Spring Classics, Grand Tours, Olympics, World Championships…What are you looking forward to most, and which races are you looking to target?

I'm really looking forward to racing the Tour Down Under. Being the only Australian WorldTour team that is racing in the only WorldTour race in Australia is a big deal. It's great racing in front of our passionate Australian crowds and it's the only time of year we get to experience that.

Then I'm planning on doing the Giro d' Italia. The goal is to target the first half of the Giro and get some stage wins, and I'll try to push through as long as possible.

At the Nagambie training camp we interviewed a few of the boys and they were talking up your chances at the World Championship Road Race in Qatar. What do you think about lining up in the green and gold and winning a World Championship?

I'd love to go to the World Championships and represent Australia.

Being in Qatar, the course is flat, it depends a bit on the wind, but it will most likely be a bunch sprint. I wouldn't go into my first senior World Championships with expectations to win, but I'd certainly go and plan to do my best. The Australian team could be made of guys like Renshaw, Hass, Hayman, that's a super strong lead out, so it would be interesting to see what will happen.

The first goal is to make the team, then if that happens I'll take it from there.

You were so close to a National Road Race Championship win last year, are you hoping to take out the title this year?

I thought going into the race this year there would be more pressure on me, but it's great having Gerro there because he takes most of the pressure off the rest of the team. Most people will be looking at Gerro for the win, which opens up a lot of opportunity for others. A breakaway is a chance, sometimes the race goes that way and the breakaway wins. If it come down to the last few laps, Gerro is the tip.

I don't have any specific plans for the race yet, but I'll have a plan for the day. I was so close last year, but I hope I can win the race in the next few years and race the WorldTour wearing the green and gold. The last few years your season has started at the Bay Crits. What is it about that racing that you enjoy?

The Bay Crits are a good training block for the races coming up - Road Nationals, Tour Down Under, Cadel Evans Great Ocean Road Race. Going into those events without any racing is not ideal, and I've always found I come out of the Bay Crits with really good form.

What were your thoughts on the CEGORR last year?

I wasn't sure what to expect last year. I didn't finish, so I'll be hoping to improve on that. The guys that rode the Tour Down Under seemed to perform really well, so hopefully this year I'll be better prepared after a strong week of racing.

How do you think the 2016 version will play out?

The course is challenging, and can change depending on what the weather is doing. The climbs are short enough for me to get over and if there are no huge crosswinds hopefully it will end with a bunch sprint. If I'm on form I think the course could really suit me. The great thing for Orica-GreenEDGE is we have so many options so fingers crossed one of us takes it out.