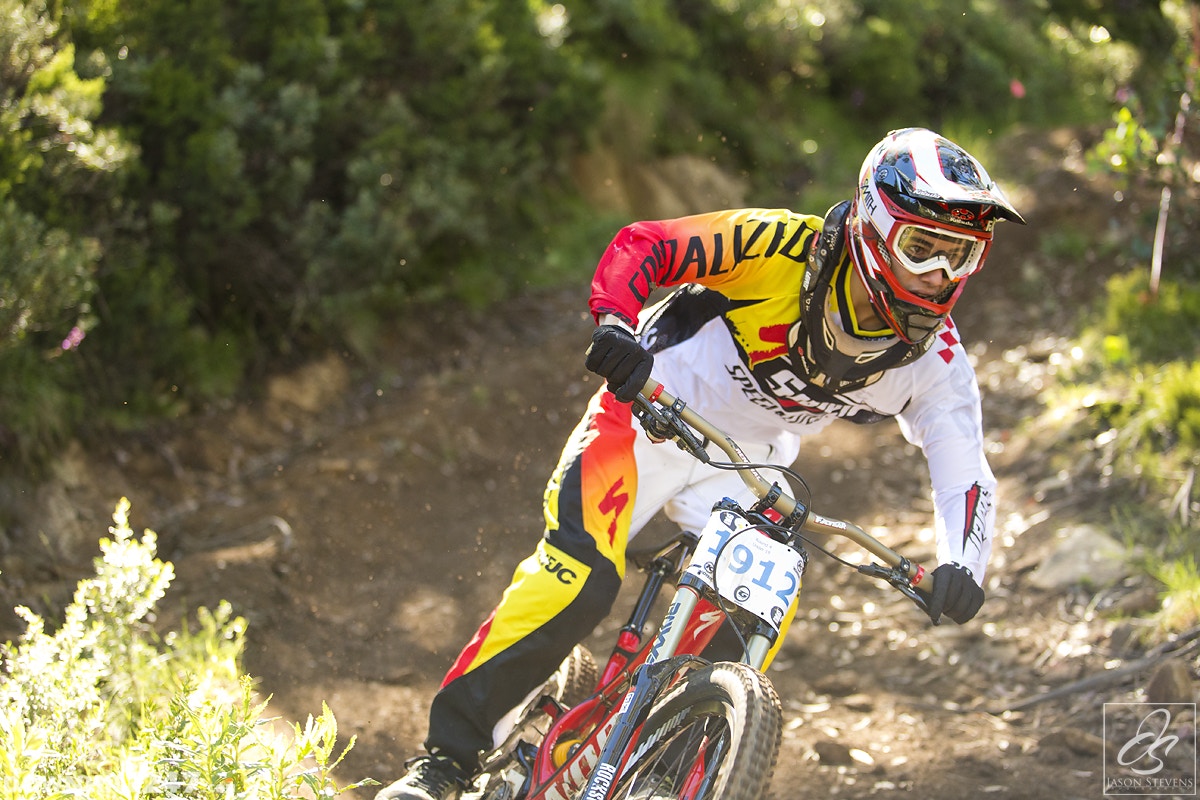 When Jackson Davis comes home to visit his family, his mum reckons she runs out of food pretty much straight away.

But given the 18 year old is fast becoming one of the country’s top emerging mountain bikers, Jackson’s a hungry guy.

His dad Tony was an Olympic track cyclist and is responsible for getting little Jackson addicted to two wheels. Back in the early days (when he was just three), Jackson took to BMX like a duck to water and was racing from the age of five. He stayed competitive until he was 13, when Tony bought him a mountain bike.

At the time, Jackson didn’t take mountain biking all that seriously. Then one week a race was held literally five minutes down the road from the Davis household, and Jackson thought he’d give it a nudge. It’s usually here we say the rest is history… But after an incredible 2014 Jackson looks to be on a path towards mountain bike greatness, so history looks like it’s well and truly still in the making.

But we’re getting ahead of ourselves.

It didn’t take Jackson’s parents long to realise that their son had potential – a lot of potential. He’d spend any spare time he had riding tracks in the nearby Goat Farm MTB Park (just out of Perth, WA), as well as a few other venues that – how shall we say – are a little less official.

Given the bulk of MTB races are located in the East, Jackson would spend a great deal of time travelling to and racing in Victoria. The family made a decision – they would move to the East Coast to support Jackson and give his talent the best chance to realise its full potential.

His commitment to the sport came at a cost – continuing such momentum meant schooling became increasingly difficult. So Jackson finished high school after year 11 and became a builder’s labourer to fund his sporting passion.

It was a big move, but it’s already returning dividends for the teenager, who is now sponsored by Specialized (along with Dave McMillian from the ACT and Rhys Atkinson from Cairns), Arbitrage Racing (based out of West Australia), SRAM and FJC Clothing.

Jackson, who races on a 2014 S-Works Carbon Demo8 (which is about to get upgraded to the 2015 model), got his first taste of racing with the big league this year when he represented Australia at the World Championships in Norway. His goal was to finish in the top 20, and he placed 21st. The experience has given him confidence and nerves in equal parts – he’s proven to himself that he has the potential to cut it at an international level, but he’s conscious of not letting anything get to his head. On the contrary – he’s back in Aus and buckling down for next year’s National Championships in Bright, where he will find himself racing against much older guys. He’s out to show that he can handle the pressure and the pace.

Perhaps surprisingly (given he’s based in Melbourne), Jackson is not sure if he will be able to make it up to the North-east to train for the event beforehand. Until then, his schedule is pretty full as he follows the national rounds. Chatting to him, you get a sense of how systematic and compartmentalised he is in achieving his goals. He listens to the advice of those around him, but he ultimately makes his own decisions. If he can’t get to Bright ahead of the Championships, it’s not the end of the world. It will be no different to arriving in Norway and preparing to race a course with which he’s fairly unfamiliar.

One of his favourite races each year is held in Bali, where he has a pretty sizeable fan base. During one of Jackson’s first national races he met a group of Indonesians who’d come to compete. They got talking. They got on well. The Indonesians saw how handy he was on the bike. They told him about their business – FJC Clothing – and wondered if he’d be interested in sponsorship. He hasn’t looked back and gets a big kick out of returning to Bali year after year.

Jackson’s sponsors Specialized, SRAM and Arbitrage Racing have also made his life a lot easier, helping him to manage his commitments, the logistics of daily training and regular racing, and the financial costs. He’s not working as a labourer anymore. In fact, his ‘day job’ seems like it would go at a decidedly slower pace – he’s an extra in television series and movies.

Lucky for them he’s not riding in the background, otherwise he might just steal the show.