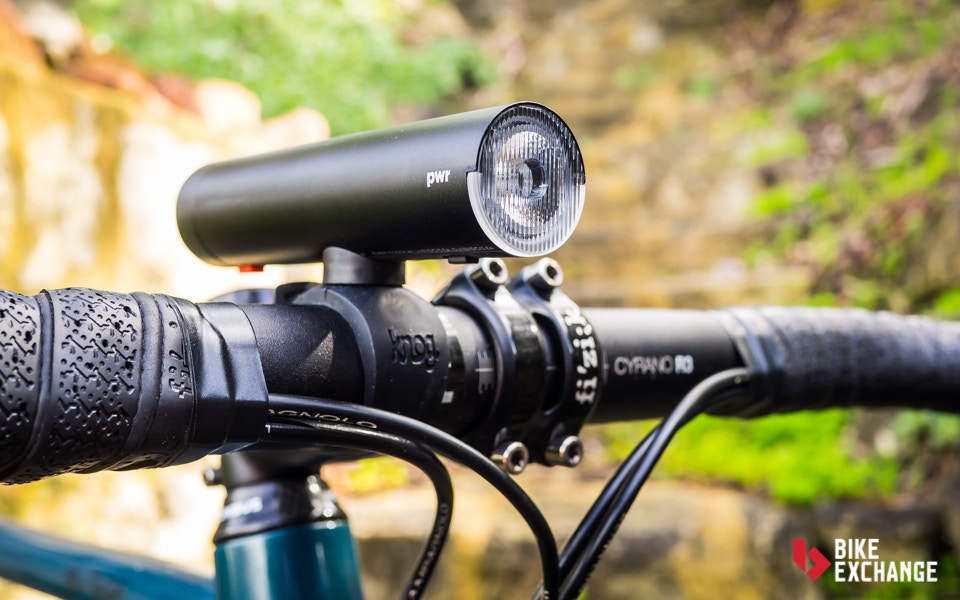 Based out of Melbourne, Australian brand Knog has a long history of combining sleek aesthetics with cutting edge technology in its range of bicycle accessories. Aimed at commuters, roadies and mountain bikers, the PWR series of lights offers riders the ability to run a range of lights (and accessories) from a centralised battery unit. Featuring decent battery life figures, good looks and customisation options, here are ten things to know about the PWR series of lights.

Does the PWR light system sounds familiar? Your mind isn't playing tricks on you, Knog unveiled the project on Kickstarter late last year. The project generated plenty of buzz in the short time it was live, raising over $30,000 in its first day.

However, citing "respecting community feedback" and stunted momentum caused by backers of the extremely successful "Oi" bike bell Kickstarter campaign who had not yet received their goods, the project was pulled one week later.

Instead, the brand chose to go about developing and expanding the PWR system in house to avoid a shadow being cast over the project. And now it's ready to hit shop floors!

2. Four on the floor (with plans for more) 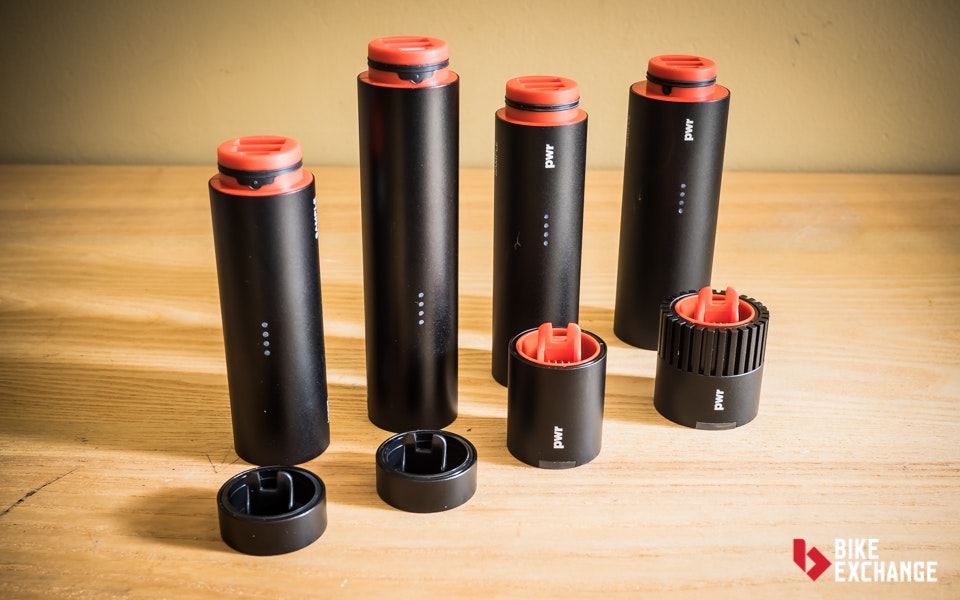 The PWR range essentially works as a system, relying on a single light/power pack to power other modular lights and accessories, it's a similar concept to that seen in the power tool market. The range currently consists of four units in total, PWR Commuter, PWR Rider, PWR Road and PWR Trail. There’s a fifth light in the works, the PWR Mountain which looks set to be released January 2018.

Made from CNC machined aluminium, The whole PWR range is weather resistant, making them a solid addition to any bike, no matter how dirty or wet it gets where you ride.

3. Power bank or modular? The choice is yours 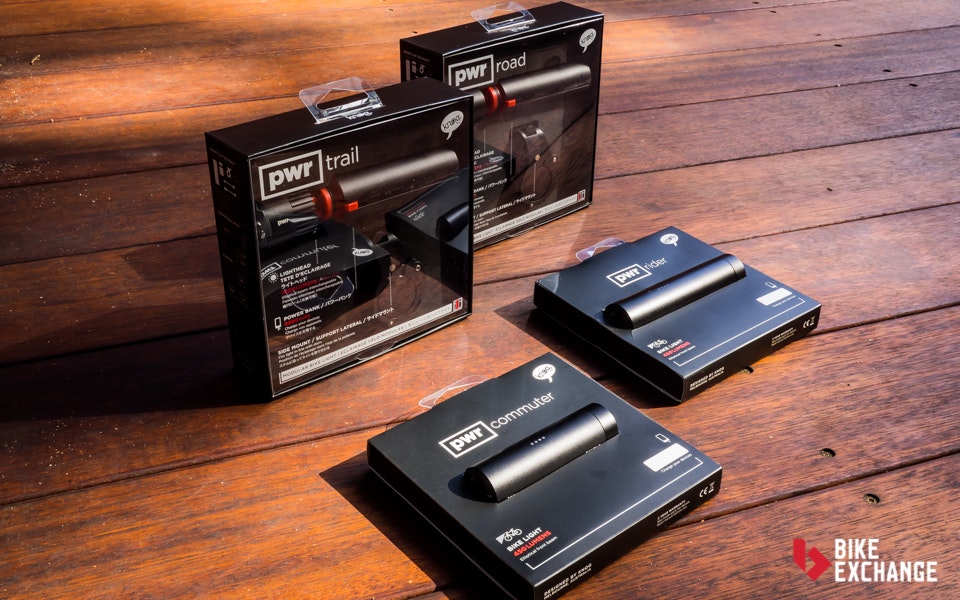 There are two different types of lights on offer in the PWR range, two options with an integrated PWR banks and the modular PWR bank with interchangeable lightheads.

The integrated PWR banks come in two different sizes, Commuter which features 450 lumens and an 850mAh battery, and the Rider which scores the same 450 lumens output paired with a boosted 2250mAh battery unit.

The battery capacity on offer throughout the PWR bank range is commendable, sure to suit all riders from commuters through to bike packers looking to power through the night. The PWR banks themselves come in three different sizes, Small - 3,200mAh, Medium - 5,000mAh and Large which packs a whopping 10,000mAh.

4. Emergency power on the go

Each of the PWR banks are designed to be dual purpose. A light first and foremost, and secondly a functionable powerbank capable of charging your phone, cycling computer and other gadgets. Charging times and power are dependant on battery size, however, Knog claims that the PWR range is capable of providing anywhere from 10% charge (PWR commuter) to full charging two iPhone 7 batteries (PWR Mountain) whilst running a lighthead at 100 lumens. 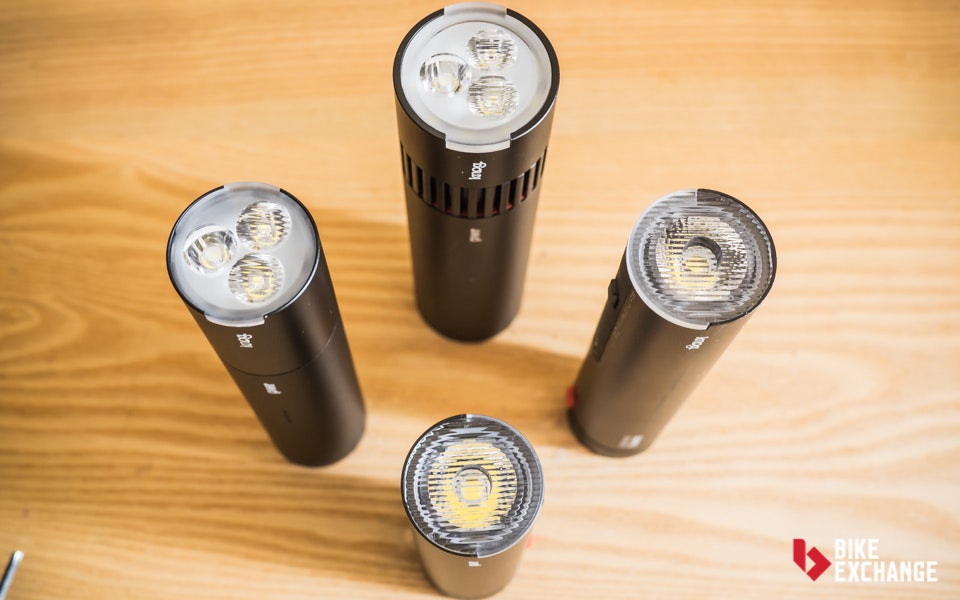 The interchangeable lightheads compatible with the PWR banks are available in three different outputs: 600 lumens, 1,000 lumens, and 1,850 lumens. Run times for each differ depending on the size of the PWR bank used, however, users can expect a minimum of around two hours run time from each lighthead.

Just like many other new cycling products hitting the marketplace, the PWR light range features a companion app. At this point, you’re probably thinking “great another app I won’t use...”. Don’t dismay, the ModeMaker app promises the ability to customise the type of beam, lumen output, pulse rate and a number of modes your light can run, making it a versatile tool rather than another memory clogging app. ModeMaker will run on both PC and Mac and is a web based app. It is expected to be available late September/early October.

ModeMaker allows buyers to program their own light modes. That includes spot intensity and flash frequency as well as the actual number of modes. So this means no more cycling through four pointless light modes just to get to that “be seen” eco flash you’re after, one click and you’re away.

The minimum number of modes you can configure to each light is one with the maximum number set at eight. The stock lights will ship with six modes configured as standard. 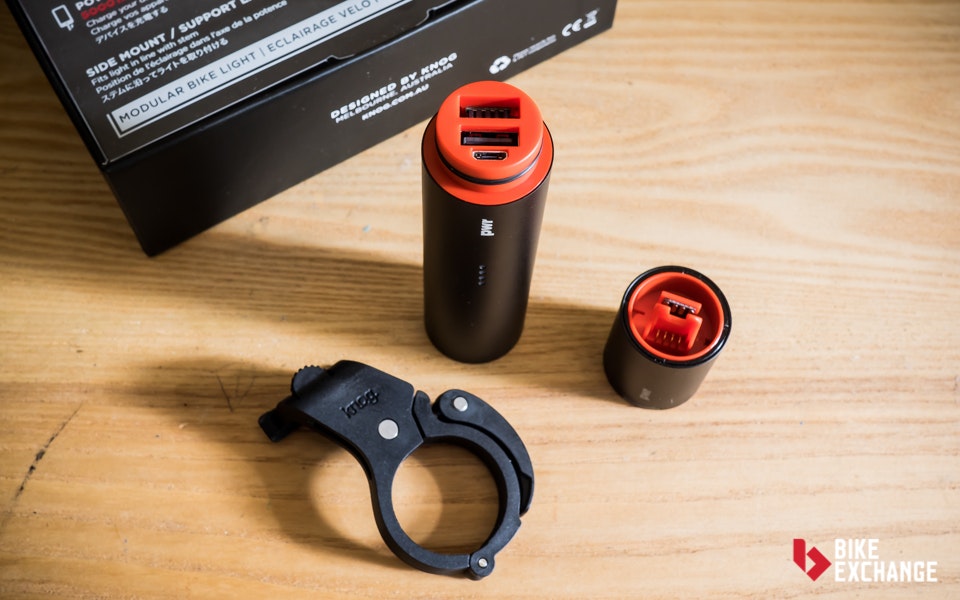 With great power typically comes increased heft, however, this is not the case with the PWR system.

With quoted weight figures ranging from 88g (PWR Commuter) to 335g (PWR Mountain) including the mount, the weight conscious in the cycling community need not fear weighing down the cockpit setup too much by adding the versatile light solution to their ride.

8. Accessories on the way

The PWR bank is compatible with a range of accessories that are due to be released later this year. The accessories set to be released include a lantern, speaker, and headlamp, perfect for bike packers that can all be powered by the batteries for the Road, Trail and Mountain PWR bank units. 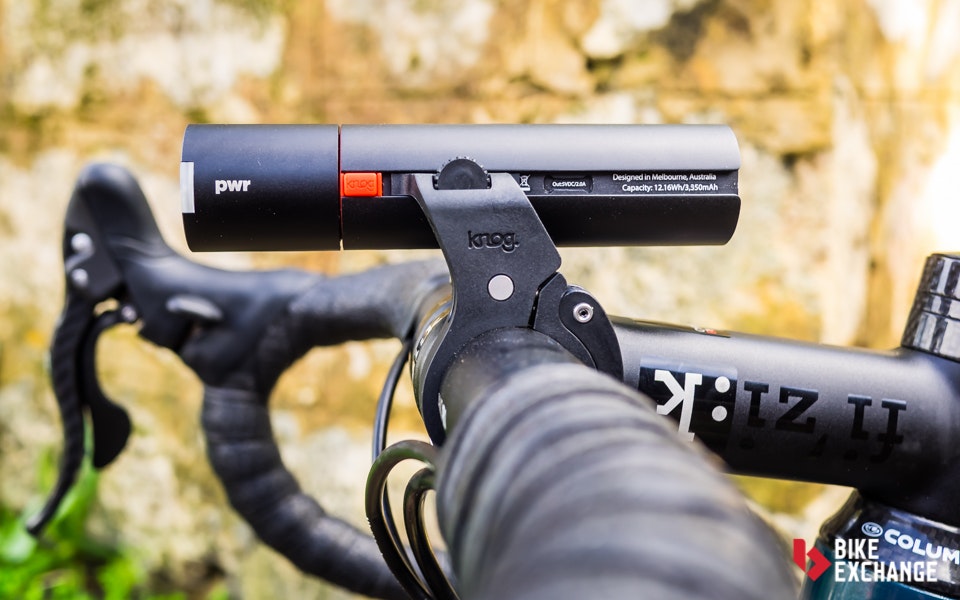 There are a number of mounting options that are compatible with the PWR range. The integrated Commuter and Rider units ship with a flexible silicone mount, which should make switching the lights between bikes a breeze.

The side and standard mounts will be available from launch and are compatible with the Commuter and Rider integrated units as well as the Road and Trail modular units. There is also a GoPro integrated mount set to be released mid-September with a helmet and bar to frame mount expected to follow in January. 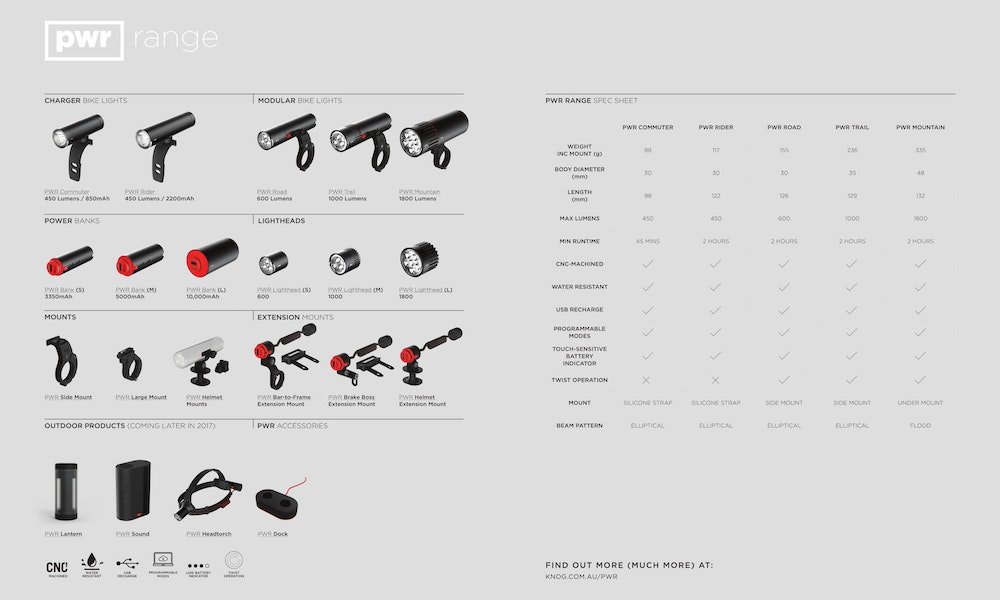 Images courtesy of CyclingTips. For more information, head on over to CyclingTips for a full review of the knog PWR light system