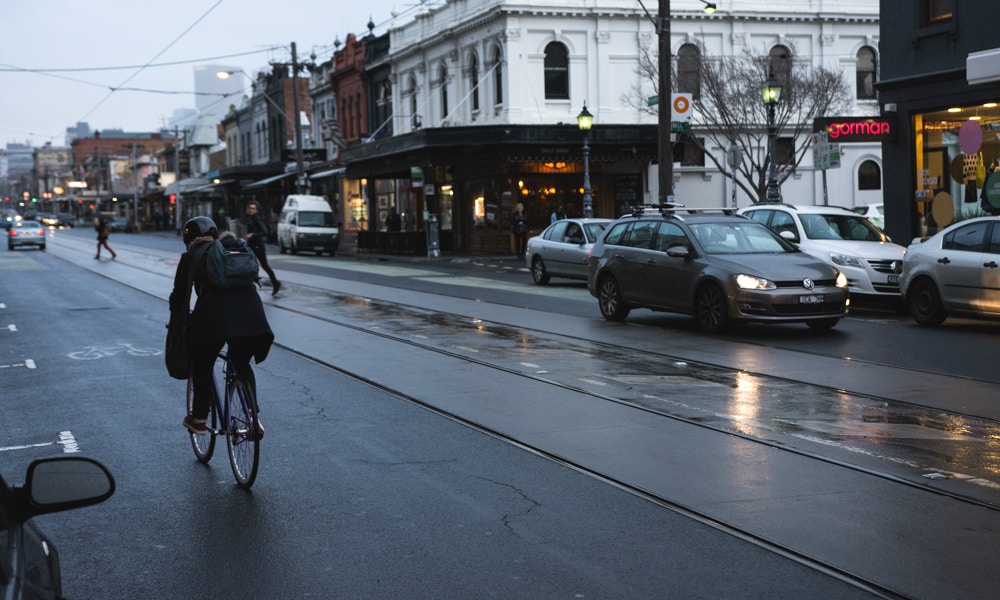 We all know about the new kind of bully that has evolved in the age of information; a bully who gets a kick out of abusing people online, attacking relentlessly, comfortably commenting on the movements of celebrities and strangers from the security of their anonymity. I experienced a situation the other day that was new to me, but that might be familiar to many other cyclists out there. I had my first serious run-in with the mobile equivalent of the internet coward. Comfortably he spat abuse from the security of his bucket seat, safe within the cab of his Ute.

The bridge I was aiming to cross wasn’t very long at all. I was riding from Fitzroy pool to work in the CBD – straight roads, a bicycle lane for the majority of the route and only a handful of corners – but little did I know there would be an angst-ridden motorist around every one. I pulled out onto Alexandra Parade and started pedalling towards the corner of Nicholson. I heard the revving of the engine behind me before turning my head as a Ute came out of nowhere doing about 90km, so I quickly pulled behind a parked car to avoid him.

Heart racing, I shrugged it off, glad that I had narrowly avoided an accident. I started out again toward the line of cars that had built up at a red light at the intersection with Nicholson. He was there, stuck in a queue. I didn’t look at him; you get pretty used to this sort of thing riding in Melbourne, and there was a chance he hadn’t seen me anyway…benefit of the doubt freely given. So I filtered past the line of cars and turned on to Nicholson as the light turned green. See also: How to handle the anti-cyclist at the BBQ

I got out of the saddle halfway up the small hill that runs alongside Melbourne Museum: I was feeling it after my swim. And then I heard it again, the all too familiar sound of the Ute as he ripped past me again leaving only centimetres between his wing mirror and my elbow. I swerved to a safe distance, but at this stage I was sure that he was doing it on purpose.

Obviously he wanted a reaction, but I refused to acknowledge his existence and let him scare me. I kept riding towards Victoria Street, he was way ahead now and I figured I had seen the last of him. But there he was, stopped at the lights again. I slowed in the cycle lane coasting towards the lights and just as I was coming up to his rear left bumper he swung his wheel hard changing into the left lane cutting me off, forcing me into the cobbled gutter where I slammed hard against my bars as my bike skidded to a stop.

He sat comfortably in his sweat covered chair and yelled, “Stay on the footpath where you belong!” raising a single finger as he drove a way, engine screaming.

I learned a valuable lesson from this event, one that many of you may have had to learn for yourselves upon encountering the road bully in its natural environment. That lesson is a tough one, because quite frankly, it shouldn’t have to be learned at all. Unfortunately, as a cyclist, it’s about picking battles.

I still can’t be sure how I should have handled this situation: you feel pretty powerless standing next to a hunk of metal with only a bike and a helmet. Should I have yelled at him and told him what I thought of him? Should I have turned off the road earlier and avoided the situation altogether? At what point does my personal safety become more important than my rights as a road user?

As a commuter in Melbourne, it is not unheard of to cop abuse from motorists even when you are riding in a marked cycle lane, following the road rules, stopping at every red light you see and paying them the same respect that you hope they will show you. See also: We investigate the role that social media plays in women's cycling

Recently Lord Mayor Robert Doyle proposed a ban on cycling on at least three of Melbourne’s inner city roads: Flinders Street, Lonsdale Street and King Street. He has said that the proposed ban is “pro cyclist”, calling for a regulation on cycling routes to make cycling safer in the city.

The Lord Mayor would propose a ban, whereas some cyclists might say, “why not create more cycling lanes?”

A joint study recently performed by the University of Queensland and the University of Lund in Sweden found that cycling is not only beneficial to the health and wellbeing of those who practice it in the city of Copenhagen, but has economic benefits for society as a whole. For every kilometre ridden, cyclists in Copenhagen cost society the equivalent of about 12 Australian cents, but they benefit society 32 cents. In comparison, cars cost society 75 cents per kilometre driven and the “benefits – job creation etc. – come nowhere to redressing the net loss caused by factors like air pollution, road-wear, health problems and congestion.”^1

The Lord Mayor is not wrong in his assessment of some of these roads. They are dangerous roads to ride down: they do not have cycle lanes, they experience high traffic flow and all are major bus routes. Cities like Copenhagen do indeed restrict cyclists from entering certain roads. But there are also a lot more cycling only routes available to commuters, creating a more balanced road environment for all road users. See also: Our top tips for getting your bike ready for spring

The main complaint made by motorists about cyclists is usually that they disrupt the natural flow of the traffic. And this, if we are honest is true in some cases. Many cyclists – when riding on inner CBD roads that do not have cycle lanes – disrupt the overall flow of the system, struggling to keep up with the flow of the traffic, often lacking the bike handling skills to hold a steady line and communicate effectively with other road users.

However, it has been shown that overall, bicycles create 95% less traffic congestion than your average car.^2 Many people also tend to assume that a car is a quicker mode of transport than a bike because they have more horsepower, however, door to door over distances up to 5km, a bike is often quicker.^3

A cyclist can legally ride in the centre of the road if they so wish. But belligerently following the rules, knowing full well that you are annoying the drivers in the line of cars behind you is not doing other cyclists any favours.

Media tends to focus on those with extreme positions along the spectrum of the debate. Drivers say, “Cyclists ride in the centre of the road disrupting traffic”. And cyclists say “motorists don’t give us enough room — we can ride in the middle if we want anyway.” People often fail to qualify their statements in order to make them sound like facts. The fact of the matter is that the vast majority of us behave appropriately on the roads – both cyclists and motorists. It’s just that the good guys usually get forgotten because they’re not loud enough.

The newspapers have called it a war between motorists and cyclists; but the thing is, not all of us want to participate. Most of us would like to see things evolve to a point where cyclists and cars can co-exist — cars will eventually become more efficient and produce less waste, cycling infrastructure will grow to match the growth of cycling as a preferred form of transport, more and more people taking to the bike.

^2: Dekoster, J., Schollaert, U.(2000): Cycling: the way ahead for towns and cities, European Commission, Directorate-General for the Environment

What would you have done if you were in my shoes? Let us know your thoughts on our Facebook page or join the discussion in the comments below.

Keep up to date with news, reviews, interviews and more - follow us on facie or subscribe to get out mail 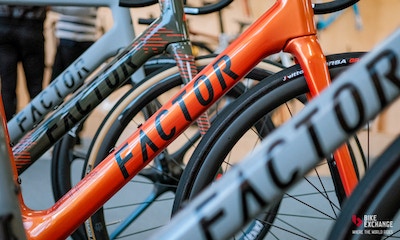 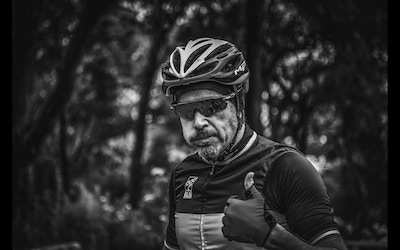 Introducing cycleWELL: A Training Camp for the Mind, Body and Soul

We take a look at the revolutionary cycleWELL coaching camp, a cycling retreat focussed on wellness and performance ...