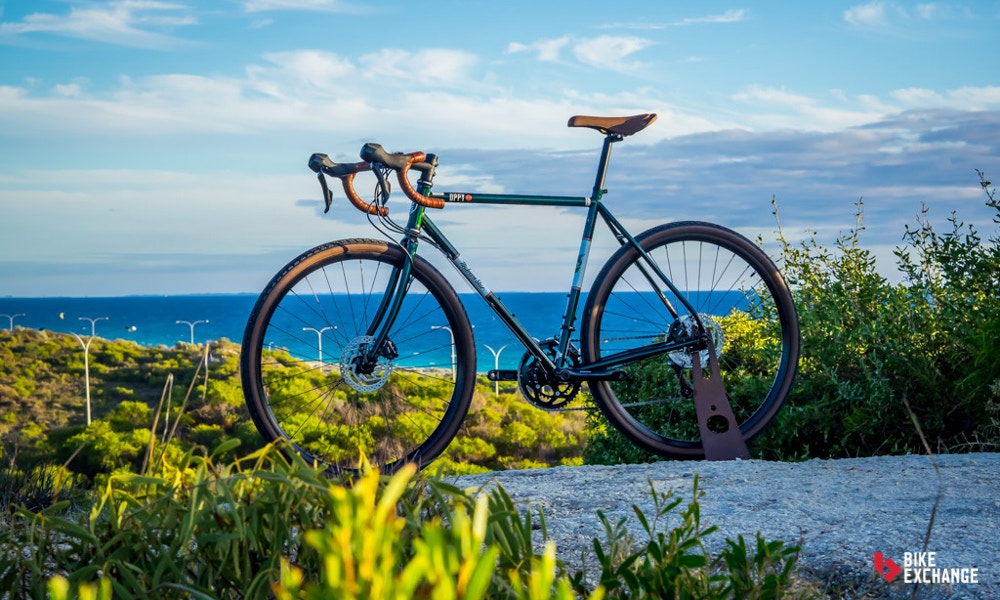 Over the last few years, there has been a small revolution in road bike design as a new sub-category of bikes has emerged. These so called "gravel-grinders" bring a little bit of mountain biking to road cycling, giving drop-bar enthusiasts a chance to travel unpaved roads in relative comfort thanks to larger tyres that are also more resistant to pinch-flats. While some manufacturers use high-tech engineering to design their gravel-grinders, Malvern Star has opted for a traditional approach, choosing to use steel for the frame and forks. It may be an old-fashioned material but it makes for a comfortable bike that is cost-effective with arguably more utility than a carbon fibre equivalent.

At the very least, buyers won't have to worry about the damage that rocks and other debris might inflict on the frame. They will also find all the fittings needed to mount mudguards as well as pannier racks, so the bike can easily serve as a tourer or a commuter.

There are two gravel-grinders in Malvern Star's 2016 catalogue, the Oppy S1 and the Oppy S2, and both are built around the same double-butted cro-moly frameset. A difference in groupsets (11-speed 105 versus 8-speed Claris), disc brake systems (hydraulic versus cable), wheels (tubeless-ready versus standard clincher), and bar tape (leather versus synthetic) accounts for extra expense of the S2 (AU$1,699 versus AU$999).

The finish of the two bikes recalls an earlier era, making use of Malvern Star's traditional logo along with heritage colours. That doesn't mean the bikes are devoid of contemporary features. The Oppy S2 in particular makes use of Shimano's latest 11-speed transmission and flat-mount disc brake calipers with IceTech pads.

CyclingTips' Australian tech editor Matt Wikstrom has been testing the Oppy S2 and will report his findings next week (update: read the full review here). The test bike weighed in at 12.73kg for a size medium without pedals and bidon cages.