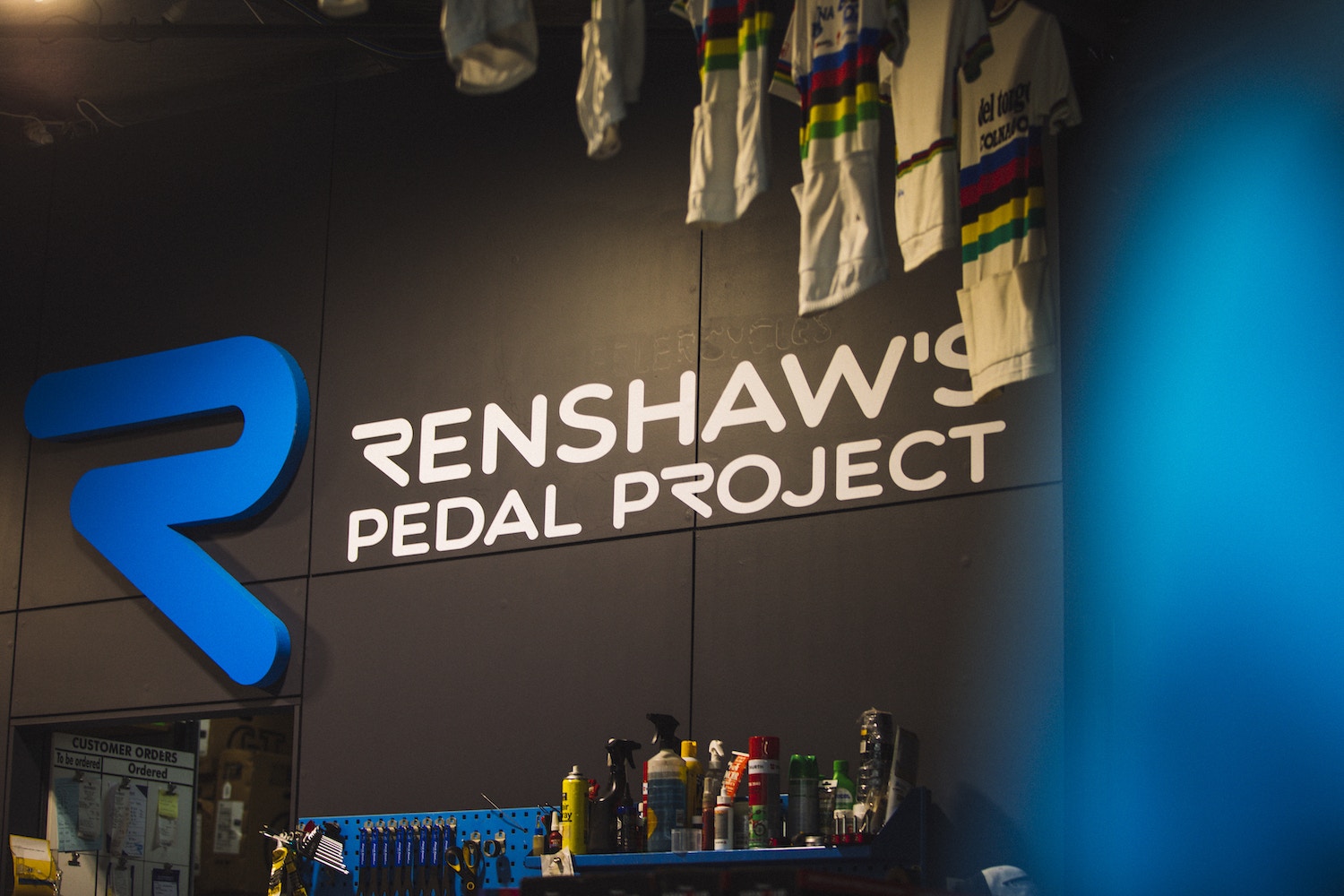 The team recently sat down with the peloton veteran to run through his storied career as one of the world’s most prolific lead-out men. What motivated him to pivot into the world of bicycle retail and his transition into the media, and his thoughts of the peloton at the moment.

From the Peloton to the Shop Floor 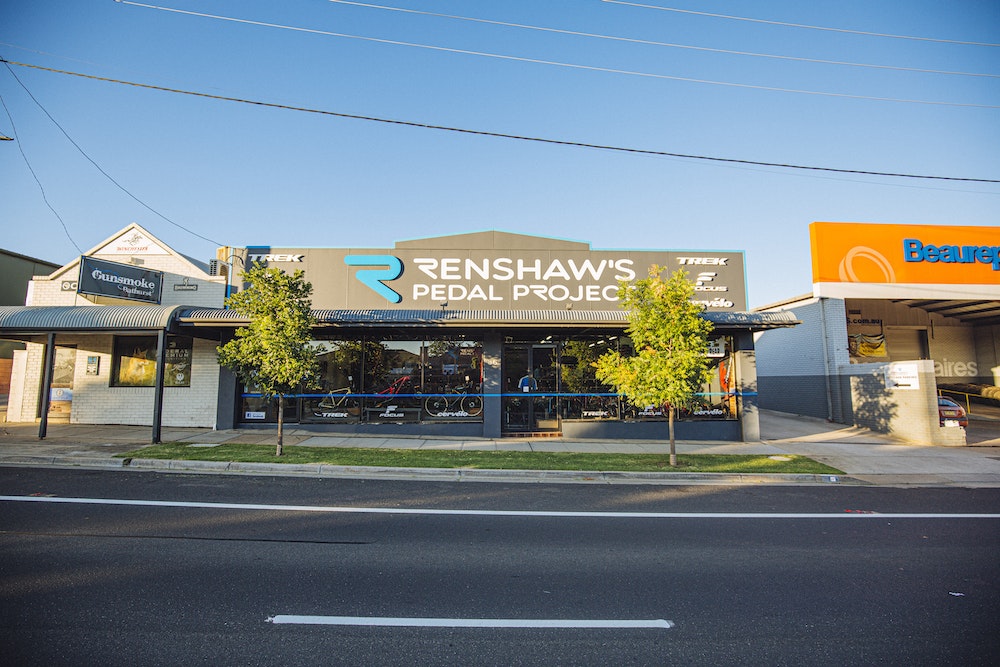 BikeExchange: Described by Mark Cavendish as “the world’s greatest lead-out man” as well as being a powerful rider in your own right, both on the road on the track. We’re happy to be joined by none other than Mark Renshaw.

Welcome Mark, congratulations on the new shop, it’s a very impressive looking fit-out and operation you have going there. How did the move to a bike store come about?

Mark Renshaw: Leading into retirement, the idea to open a bike shop was always there, but it wasn’t until I’d moved the family back to Bathurst that we decided I had to pull the trigger and do something. That something was heading into bicycle retail. So with that, I asked a lot of people for advice, and if I’m honest, about two out of the hundred people I asked said do not go into bicycle retail, haha.

But since COVID, the way the world works has changed and ever since we got the keys 12-months ago, we’ve been full-gas working on the store and absolutely flat out as a result. We’ve had some issues with stock and so on, but we’ve been really embraced both here in Bathurst and our online store. I have a great team around me, and I look at the shop like a cycling team. I have my star salesperson, my sprinter; I have our lead mechanic; he’s like the lead-out man. So no, it’s great.”

BE: We’re well aware of the reports from stores that it’s like Christmas every day with demand both in-store and online, and you touched on supply before; how have you found navigating that being fresh into the industry?”

MR: I guess the main difference is that I went into this with a solid plan and cash positive. So were other stores were ordering 1 bike, I was ordering 10, and where they order 10, I’d order 20 or 30 bikes. Our space is quite large,, and we have a LOT of stock, eight or nine times the amount the previous store owner ever held. With that, while there’s demand there instore, I quickly realised that I had to explore other avenues or go to other areas to sell the product, that’s when BikeExchange popped up, and I was like “That’s it, that’s perfect, I have to go down that avenue”.

BE: We’re proud to have you on the platform! How have you found working both in-store and online?

MR: Yeah it’s pretty exciting! Especially for someone like me, who’s new into the industry, and I’m obviously pretty ambitious with the amount of stock I have. I treat the bike shop like my cycling career. I want to be successful, be the best, and having an online presence is a must in this day and age. The model is great; our whole point of sale system is integrated with our online store so you can jump online and see what bikes we have, the sizes, colours, availability; it’s all there. Then we have all of our bikes click and collect, so if you like what you see, you know we’ve got it in stock, which is the biggest issue that shoppers face and purchase the bike. Actually, we’ve sold a few bikes on BikeExchange, so we’ve got a few runs on the board; it’s excellent!

The Transition to Media 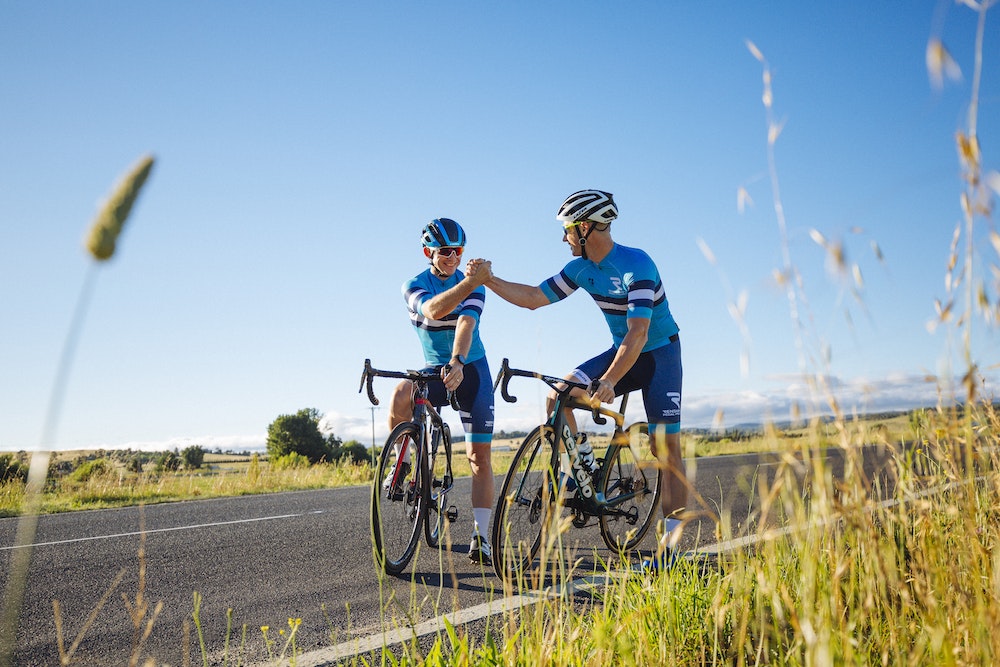 BE: That’s great to hear Mark, All the best for the store moving forward! Moving on from the shop, we’ve seen you pop up in the media a bit post-peloton, with SBS on their live coverage; how have you enjoyed that transition?

MR: That’s another thing that a huge change from my cycling career; I’ve had a lot more to do with the media! No, it’s been great, but I’ve been pretty hard on myself on area’s to improve. It’s pretty intimidating when they stack you up with (Robbie) McEwen, (Matt) Keenan, Kate Bates, all these great riders that have had so much time in the media. It’s a steep learning curve for me, and I was certainly very nervous the first time, but I’ve got a lot of insights that I want to share with people, so I’m more than happy to take on that task.

BE: So when you were racing, how was your relationship with the media? You always came across as approachable in your riding days, but how did you find the dynamic of the media over the journey?

MR:Yeah, I really enjoyed doing the media over my career. Yeah, there were some times I didn’t want to chat to them, haha. You know when you’re just about to get booted out of the Tour de France, and they’ve stuck a camera or a microphone in your face asking, “What happened?” so there’s probably a few times I should have turned around and walked away, but overall I had a good time with it. But I’m really looking forward to being on the other side of that now, getting back over to the big races, sticking a microphone in front of someone like Sam Bennett, and analysing what happened in the sprint.

BE: You mention being on the ground over at, say, the Tour de France. Is that something you’re looking at sinking your teeth into a little more?

MR: Yeah, I’d love to have a more significant role in the media, and I’m certainly looking forward to the day we can get back to Europe. You know, I just sort of packed up in September 2019 post my racing days and haven’t been back, and I miss it. Haha, every year in March, I’m on the verge of packing up my suitcase and heading back over, saying, “It’s getting too cold here, I need to get back!”

BE: Do you still keep in contact with some of your old teammates in the peloton. Obviously, it’s been a big talking point, Cav (Mark Cavendish) getting back to his winning ways; that’d be huge for his confidence.

MR: Yeah absolutely, I bounce some messages around chat on the phone with them every now and then, I haven’t spoken with Cav since that stellar week, but it’s amazing to see that he’s bounced back like that. It just shows how much drive he has as an athlete. I think you have to remember, he’s had some dark years and some hard times in the last little bit. I know him well, and I know what he’s capable of, so it’s great to see him get back on top.

The Current State of the Peloton 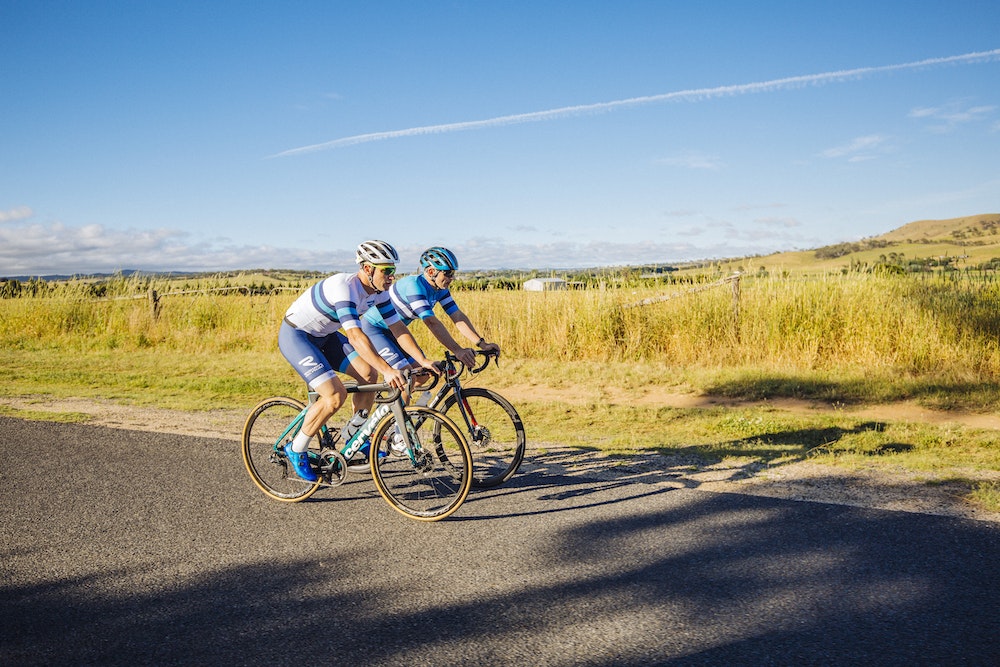 BE: Cycling has changed a lot since you’ve come into and; I dare I say it, out of the peloton. No longer do you have neo-pro’s in the peloton serving their apprenticeship, so to speak, you have young guys winning sprints, 20 year-olds winning the Tour de France. How have you seen that change?

MR: Yeah, it’s a massive change, and most of that has come in the last three to four years if I’m honest. I remember back in my early days. I was sitting in the top three of the Tirreno-Adriatico and Mario Cippolini looking over at me, going, “What’s this young guy doing up here? Get to the back of the peloton” haha. Now you have these young guys, Mathieu van der Poel, Wout van Aert and the like, and you’re just in awe of them. In this day and age, kids are turning professional and are winning almost on debut.

You see young guys, like Jay Vine, who has come through the Zwift Academy, earning a spot on a big team, being thrown in the deep end in something like the Tour of Turkey. He’d never met his teammates until a week before the race, let alone raced against WorldTour guys, and all of a sudden, he’s leading out his teammates, rubbing shoulders with the likes of Cav. That’s what’s different; these young guys are coming into teams, in form, and pretty quickly can go from sitting on the front putting in the work for the team leaders to sitting in the wheels and chasing results.

BE: It’s something you hear quite a lot from the veterans that there’s no respect in the peloton these days; they genuinely seem to be upset about the new dynamic.

MR: Yeah, it’s a bit of a case of the younger guys saying, “you’re going to have to respect the results because we can beat you.” That was a big thing in the last few years of my career; I took on that role in the peloton where you’d pull a young fella aside and say, “Look, we’re 20km to go, and in that situation, you could’ve braked, there’s no need to dive bomb” or something like that. As you do get older, your attitude does change in the peloton. Guys were giving me tips and pointers as I was coming up; at the end of the day, it’s more getting across that “We’re all professionals, nobody wants to crash, and you can’t get a result if you never make the finish line”. But I understand that the younger guys want to win to get results, earn that big contract, and set themselves up.

BE: Speaking of mentality, how do you develop a mentality to handle a bunch sprint?

MR: Most sprinters will start off with some of that mentality just wired-in, that sprinters mindset, especially when you’ve got a knack for it. But you do have to learn how much risk to take. That’s one thing I always said to Cav “We have to make it to the finish to win.” Especially when it comes to leading out, you have to be thinking just as much about you making gaps as the guy riding right behind you.

When I was coming up, I had a history of doing hard 1-2 minute efforts thanks to my development days on the track as a junior world champion and eventual world champion in disciplines like the Kilo (1km time-trial) and the teams’ pursuit. I figured out pretty early on that I wasn’t quite fast enough at the top end to get around the big sprinters of the day, but I was quick enough and knew the craft enough to put myself in the correct positions in the closing stages. So starting out with Thor Hushovd and Credit Agricole in 2006 after 2 years of learning under guys like Baden Cooke, Phillipe Gilbert and the like at FDJ, that’s where I started to hone my craft. We had some good results and chemistry those few years, then obviously moving to Highroad and HTC, then teaming up with Cav; the rest is history.

BE: Thanks so much for your time Mark, appreciate the kind words and insights into the peloton. We wish you all the best with the shop and the future.