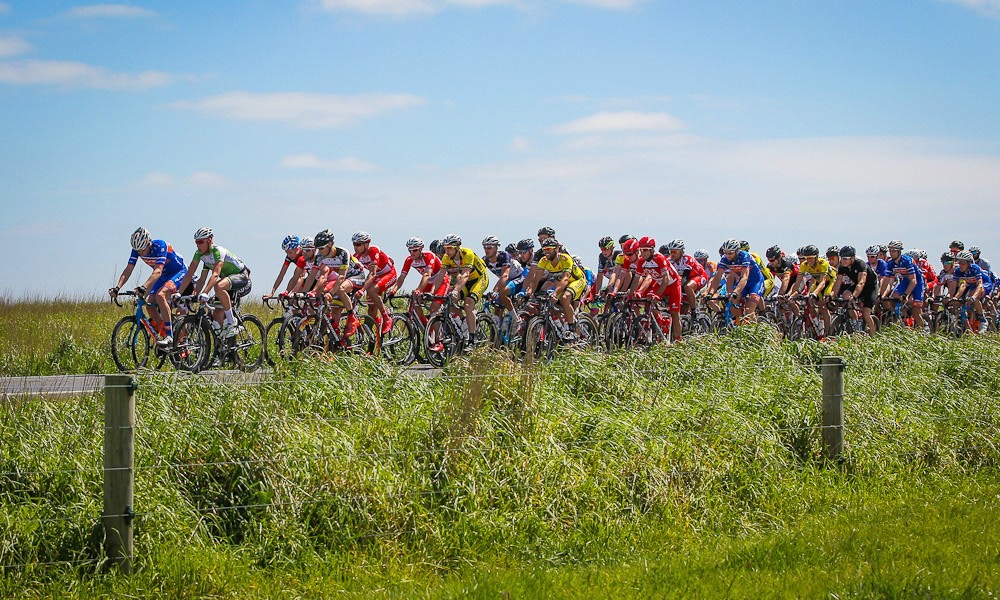 “If you’re worried about where you might go to the toilet during the Melbourne to Warrnambool, then perhaps this race isn’t for you”.

One of only 13 women to have completed the second oldest and what may arguably be considered Australia’s toughest one day road race, Nadine O’Connor doesn’t mince words when it comes to advice about the iconic event. The only woman to compete in the race in 2012, Nadine spent nine months preparing specifically for the big day.

The Marketing Manager for Rapha Aus/NZ sat down with us over a couple of choc/raspberry brownies (we’ll be back for more of those, by the way) to share her experience with us. Why the Melbourne to Warrnambool?

I grew up on the Bellarine Peninsula and every year there was a sense of excitement and anticipation as the race drew near. It was part of my growing up – I’d be on the sidelines year in, year out, watching cyclists prepare for the race. I’d see them train and compete in the pouring rain, hail, and battle the wind. More often than not it would be a cross or block head wind (seemingly never a tail wind) and often strong enough to knock riders from their bikes. I had several friends who had conquered the Melbourne to Warrny and I became intrigued by their stories of the challenge and how the race could be so very different from one year to the next. I guess it seemed to me to have an almost mythical status that just drew me to consider attempting it.

How did you prepare for it?

I was very fortunate to have two friends who mentored me just for this race. Steven Draper of Hendry Cycles and Ridewiser’s Rob Crowe have competed and completed several Melbourne to Warrnambools. They both took me under their wing and gave me invaluable advice and direction. I remember sitting down with Rob, and in his own unique and generous way, he recounted and shared his experiences, particularly from the 1993 race where he finished in 2nd place to Dean Woods, the Olympic gold medallist.

Rob’s words still resonate with me today; “you have to look at this as a two-year campaign. The first year is about trying to finish and not being daunted by the ride. It’s about taking away a bucket load of learning”. He was absolutely spot-on. You have to look at the Melbourne to Warrnambool as at least a two-year plan. It’s too big a day and there are too many variables for it to be smooth sailing. He also encouraged me to respect the race. In his words “it’s not a Gran Fondo, it’s the second oldest race in the world following Liege–Bastogne-Liege. It’s hard to race and finish within time so if you get your medal it will be well earned.”

As for the training itself, I was probably putting in about 400km a week. But they were 400 very diverse kms in the saddle. I trained for endurance and speed with many motopacing and hills sessions. Don’t be under any illusion that this course sf flat. While it’s clearly an endurance event, in Rob’s words again “it’s like riding an A grade crit, followed by a men’s road race and then another A grade crit”. That’s really an apt way to describe it, as it’s full gas for just under 300km, and you have to train for every kind of road riding because the day can throw anything at you. You talk about year one being all about learning. So what were the key lessons you feel might be helpful to those taking on the race for the first time this year?

The pace is high. In preparation I raced several handicaps against the men. I wanted to experience the close quarter bump-and-tussle that you don’t get in the women’s racing. It’s more intense and even physical. Gender doesn’t come into it on the day. It’s raced on merit, not reputation and there’s no quarter given. Just before the second feed zone there was a large crash. I wasn’t involved but I had to come to a virtual stop at the bottom of a hill and chase back on. As the day progressed I had to deal with the effects of fatigue. The pace is high, especially through the corners where the lead riders use the wind to attack. The feed-stations are chaotic, like rush hour at Flinders Street station, it’ shoulder-to-shoulder with everyone vying for the perfect position to grab their musette. That was one of the key lessons, you never have the right amount of food. The bag either has too much or not quite what you feel you need. So you pack them with everything and discard what you don’t need. Unless you’re on a pro team with a support car, you must only take food in the designated zones or risk disqualification. It may sound trivial in the scheme of things but I’d encourage anyone racing for the first time to practice being handed a musette by your handler, do it at speed and get used to swinging that weight over your shoulder without losing control of your bike. On the day you’ll have to do this three or four times whilst riding at 40kph and not getting dropped in the process.

See also: How to build you base I think in the latter stages of the race you might consider smaller bidons (less weight) and carry plenty of food from the start.

I also discovered that my body craved real food. I had trained on bars and gels but on the day itself I had this desire for proper food only. Incredibly, on the eve of the race someone suggested I pack a toastie and so on a bit of a whim I made a few ham and cheese toasties and ended up absolutely devouring them (cold, obviously) during the ride.

I discovered some things about me as well. I’d already achieved several goals in ocean swimming and endurance Triathlon, both of which were tough enough. But the Warny is different. From the whole experience I learned that I really do have the mental toughness to take on and get through something like this. What I mean is that the race requires much more commitment than simply showing up on the day. I think if you heed Rob’s words, and respect the race by preparing absolutely the best you can, then you’ll be on the starting line having ridden through the dark and damp of the Melbourne winter. You’ll have endured pouring rain, ice cold and dark early morning starts and you’ll have sucked it all up to get yourself ready. If you stand on that start line in the knowledge that you cut corners and didn’t do everything possible to prepare yourself then it’s an insult to the other riders and to the race itself. You just never know what Mother Nature may throw at you on the day. I remember the first recce run of the course I did. It was blowing a gale, I was soaked through from the rain and cold and by the time I got to Inverleigh (the first feed zone) I’d had enough. It was a tough day but helped me prep far more than any fair weather training session.

See also: How to shed weight (smart) for racing

Is this one of your greatest achievements in life?

I’ve feel very fortunate to have competed for Australia in netball. Representing your country without a doubt is the highest honour I feel you can ever experience as a sports person… But there’s nothing that I’ve experienced to come close to emotion I felt; that sense of achievement, knowing I set a goal and earned it, when I crossed the line in Warrnambool. You’ve taken a few female cyclists under your wing as they embark on the 100th year of the Melbourne to Warrnambool. What’s the one bit of advice you’ve shared with them all?

In the words of Rob Crowe, it’s not a Gran Fondo. If you make it to the line then don’t expect to be treated any different from all the others around you. Do the hard yards in training. In that brief moment before the starter fires the gun, know you are prepared the very best you can be by having given it 100%. I tell them there’s no point sugar coating it, you’re going to start with A-grade men, it’s going to be fast and hard. You need to be every bit as serious as they are on the day. Have respect for all the competitors, volunteers and marshals, be smart, find a good position and a strong wheel to follow.

See also: Why we think you should start racing your bike

So when is year two?

Keep up with news, reviews, interviews and more - follow us on Facie or subscribe to get our regular email