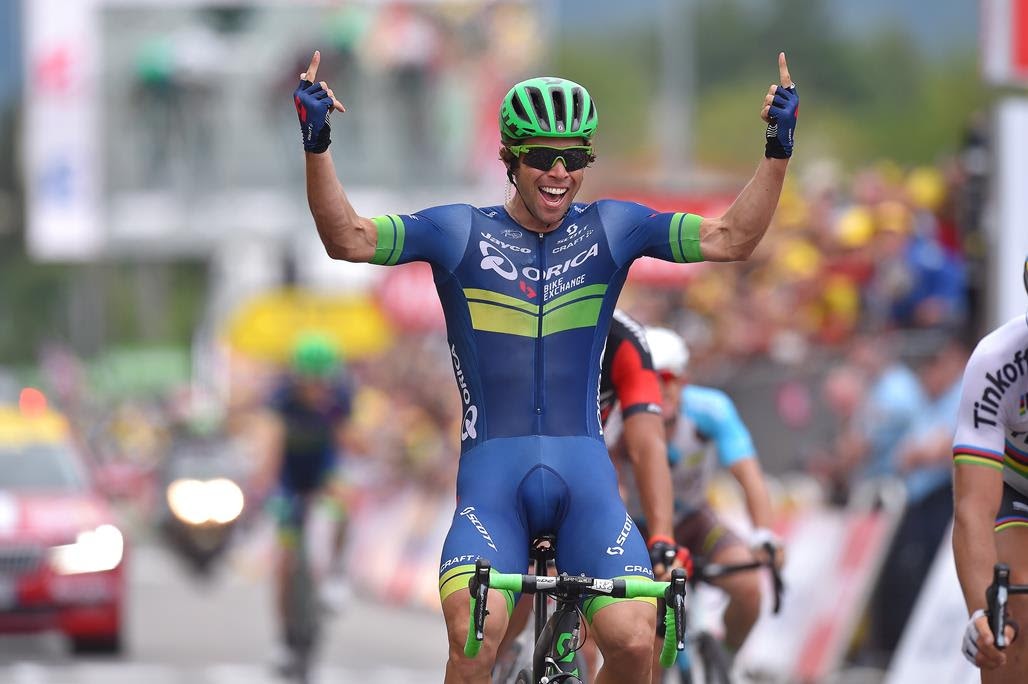 After four years with Team Sunweb, the recent Bretagne Classic winner has signed a new two-year contract that will see the 29-year-old reunited with the Australian team until 2022.

A complete package, ‘Bling’ has 35 individual professional career victories, including 18 during his time in GreenEDGE Cycling colours between 2013 and 2016.

A two-time podium placer at Milan-San Remo, including in 2020, Matthews will be a serious contender for monument and one-day Classics success, as well as adding stage winning capabilities to the Mitchelton-SCOTT outfit.

Michael Matthews: “I saw a moment where it just felt right. As a sprinter and as a rider you feel moments like this and sometimes you just have to go with instinct.

“The opportunity was there to come back and you have to take them when they are there. At this moment in my career it just felt right, and the team has welcomed me back with open arms which is really special.

“I’m definitely happy to be coming back, I have some amazing memories from GreenEDGE. Gerry Ryan supported me through my under-19, under-23 days and also in helping me turn professional, so it just feels like coming home.

“I want to get my own results, but also to be a part of the team that has GC goals as well. We will have Simon Yates that can win the biggest Grand Tour’s in the world and I would love to be part of that and there’s some young guys coming through, to help them progress too.

“I wouldn’t put it down to one particular race or result to make the next two years successful, but I want to progress as a rider and as a teammate, and enjoy races.”

Gerry Ryan – Mitchelton-SCOTT Team Owner: “I have followed Michael’s journey from an aspiring junior to the world-class rider he is today and to witness the transition, both on and off the bike, has been incredibly satisfying for me.

“Michael is a one-of-a-kind rider and has given this organisation some of our most spectacular victories on the world’s biggest stage, including the Tour de France.

“We couldn’t be happier to have him back home, this is where he belongs.”

Brent Copeland – Mitchelton-SCOTT General Manager: “It is with great pleasure that we welcome Michael to the team.

“First and foremost a big thanks to Gerry for making this agreement become a reality, Michael’s presence in the team helps us come full circle with the team roster that we have been working meticulously on in the past few months together with Darach McQuaid and Matthew White as well as with the team's technical staff.

“He is a rider who brings a huge amount of excitement to racing as well as being a true personality that fits in exceptionally well with the team culture.

“We are sure the Australian and worldwide fans are just as excited as we are about the return of Michael and we are looking forward to a solid future ahead of us.”