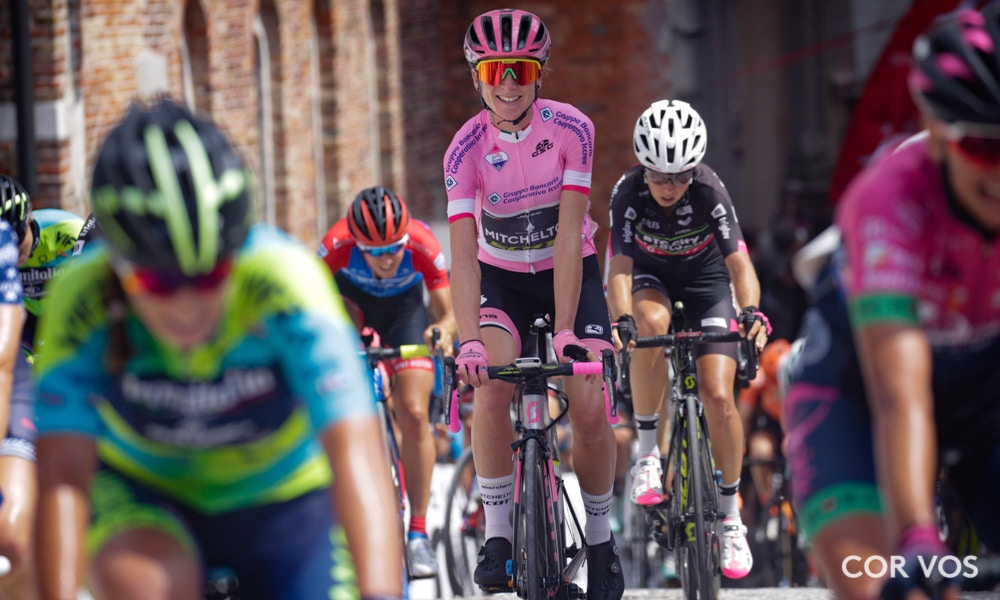 World time trial champion Annemiek van Vleuten has claimed a impressive consecutive overall victory at the 2019 Giro-Rosa, the only women’s Grand Tour of the year, winning two-stages in the process.

Van Vleuten claimed a solo victory on stage five which moved her into the Maglia Rosa, before extending her lead even further on day six, winning the individual time trial stage by an impressive margin of 52-seconds. 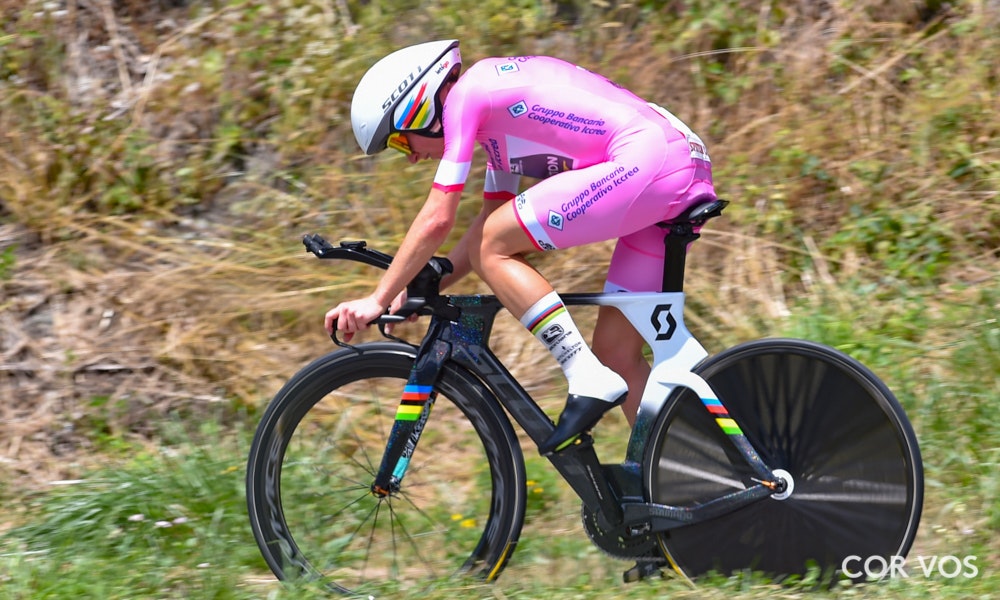 With a strong and committed team around her, the Mitchelton-SCOTT leader just needed to stay safe throughout the final four-stages, holding onto her sizeable advantage of three-minutes 45seconds to eventually be crowned the 2019 champion today in Udine.

History repeated itself with teammate Amanda Spratt also riding onto the podium once again for third place, after riding consistently strong throughout the week in support of team leader Van Vleuten, highlighting the strength and depth of the Australian outfit.

The final stage began with a fast pace with many riders trying to breakaway. Nobody was given any freedom with Mitchelton-SCOTT patrolling the front of the peloton keeping their race leader safe.

Eventually, inside the final 30-kilometres, a duo snapped the elastic, broke away and opened up a gap of around one-minute.

The leaders were caught just in time for a hard finish up a steep cobble climb into Udine. It was Marianna Vos (CCC-Liv) who claimed the stage victory with Van Vleuten in the main bunch, crossing the line for her second Giro-Rosa victory. 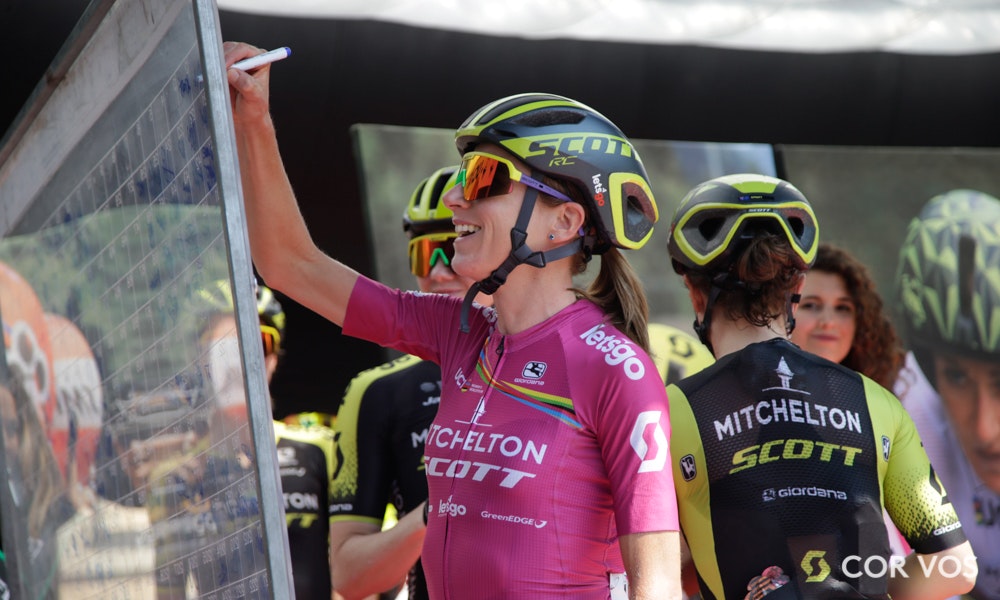 After winning the event last year, Van Vleuten returned as the defending champion but with a stronger field of competitors on the start list, a consecutive victory was always going to be a big challenge.

The key and defining moment of the race came on the fifth stage where Van Vleuten displayed her incredible form, climbing to a solo victory in Lago di Cancano, two-minutes 56seconds ahead of all her main general classification competitors. From then on, her advantage continued to grow. 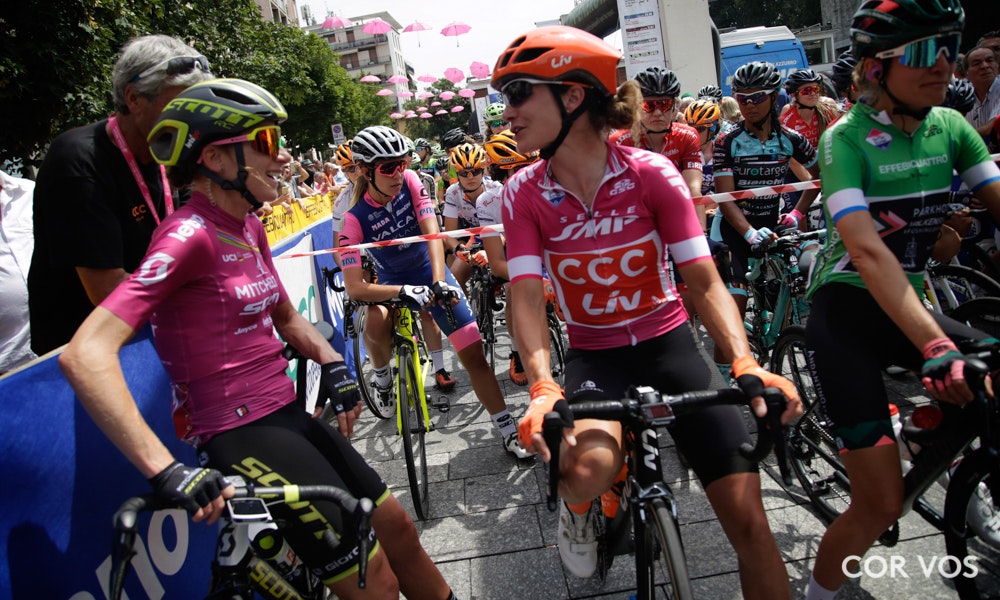 Earlier on in the race on stage two, Lucy Kennedy had her own opportunity and took a thrilling second place, a close call, but her first-ever podium finish in a WorldTour event.

The team wrap up the prestigious event, their main goal of the 2019 season, satisfied with first and third place on the general classification plus the overall victory in mountains and points classifications. 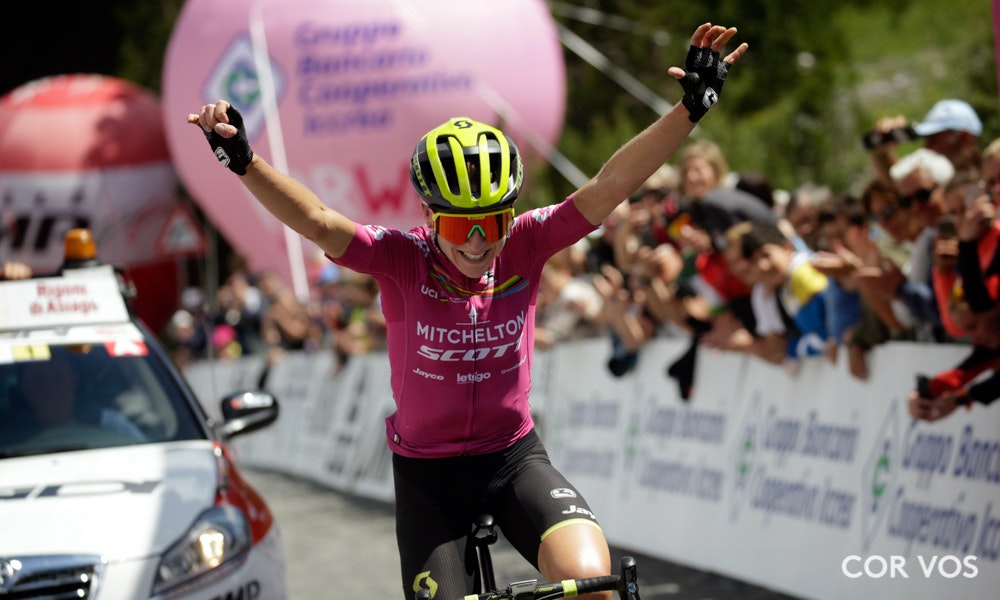 "It's so cool to win again, especially as I felt even a little bit better than last year. I felt so relaxed today with all of the team around me so it was a fantastic Giro-Rosa.

"It is a dream come true again. Last year was the first time and now we did it again. It was a really big goal of mine this year and to finish it off for the second time in a row is really special.

"We prepared 100%, we worked so hard for this and it's so nice that it pays off with the win. It’s also so nice for my team. We worked hard for it, we were all prepared, we reconned stages, the whole team was all in. You feel some pressure but then it is even more special to finish it off.

"In a one-day race you can maybe win by yourself but in a stage race you really need the team everyday and that makes it so special and beautiful. We really nailed it as one team and tonight we will celebrate well." 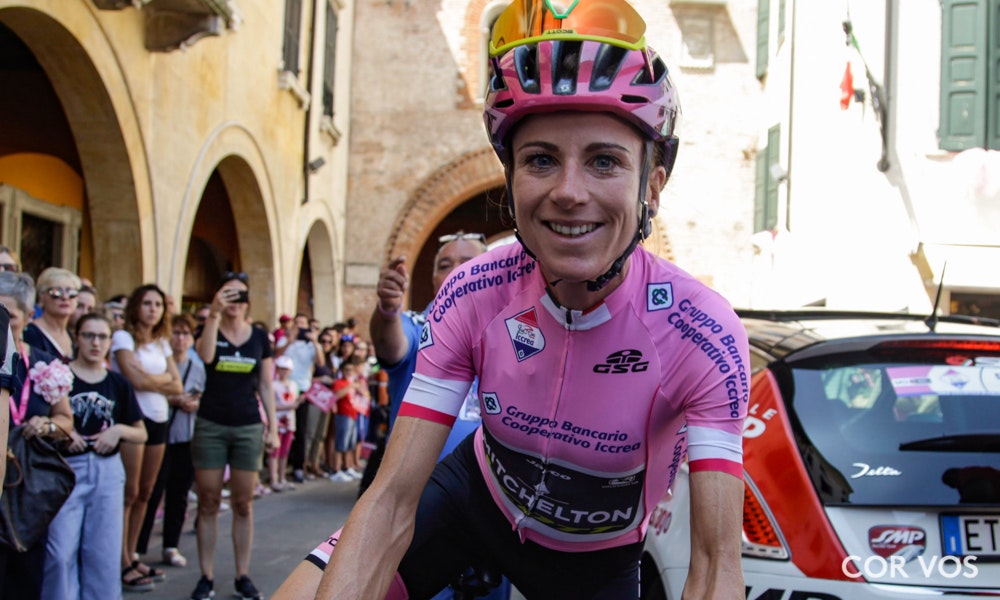 “It is a really big achievement, coming in with all the pressure having won last year and to have pulled it off and kept that focus, not just these 10-days but the last months, it is really, really impressive.

"I don’t think there’s many people who realise how much Annemiek has sacrificed for this win. She has been so professional, doing all the little things right and that also reflects over to the rest of the team.

"It has been a massive team effort, everybody has been so committed. It is also great to see Spratty get on to the podium too, this year she has taken another step up.

"It was nice we actually had the opportunity to help Spratty, with Annemiek holding a good solid lead overall she could ride to try and help her.

“It was a big thanks to Annemiek in yesterday’s stage, she probably sacrificed a stage win by giving Spratty that early attack to split the group. It just shows what kind of team we are and the respect between the riders.”

Looking for another race to follow? There's a little bike race happening across the border! Check out our Tour de France Race Hub to stay up to date with all the details.