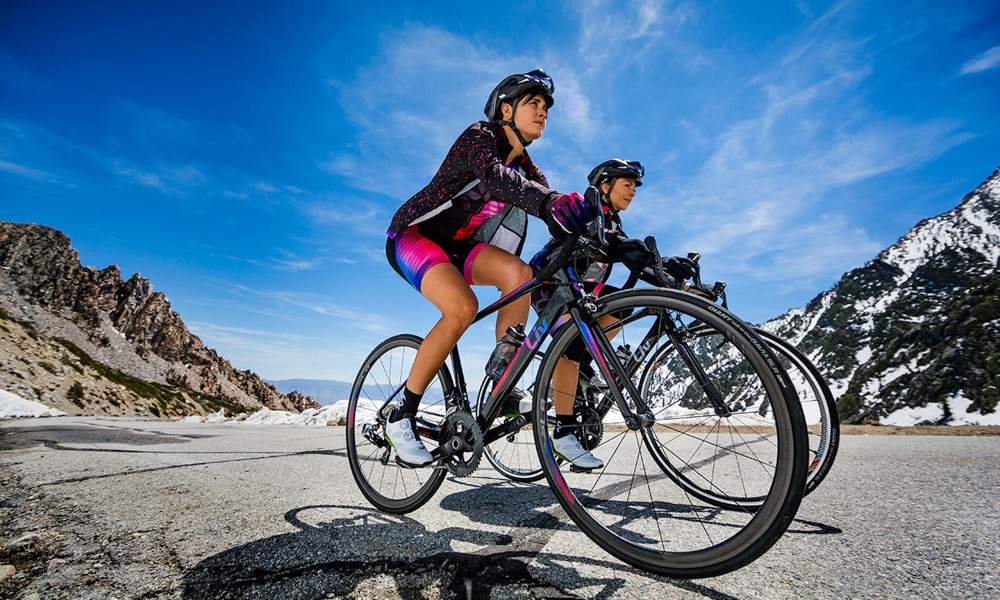 After more than two years worth of development, female specific bike brand Liv recently pulled the covers off its new lightweight race bike, the Langma. Named after the highest peak on earth, the Langma was designed to dominate mountain stages and still shine as an all-around race bike.

Featuring the lightest frame that parent company Giant has ever manufactured, aerodynamic tubing and no compromises in stiffness, the Langma range covers all abilities from race ready money-no-object specification, down to the entry level. Here are ten things to know.

1. Women’s Specific Amongst a Unisex Market 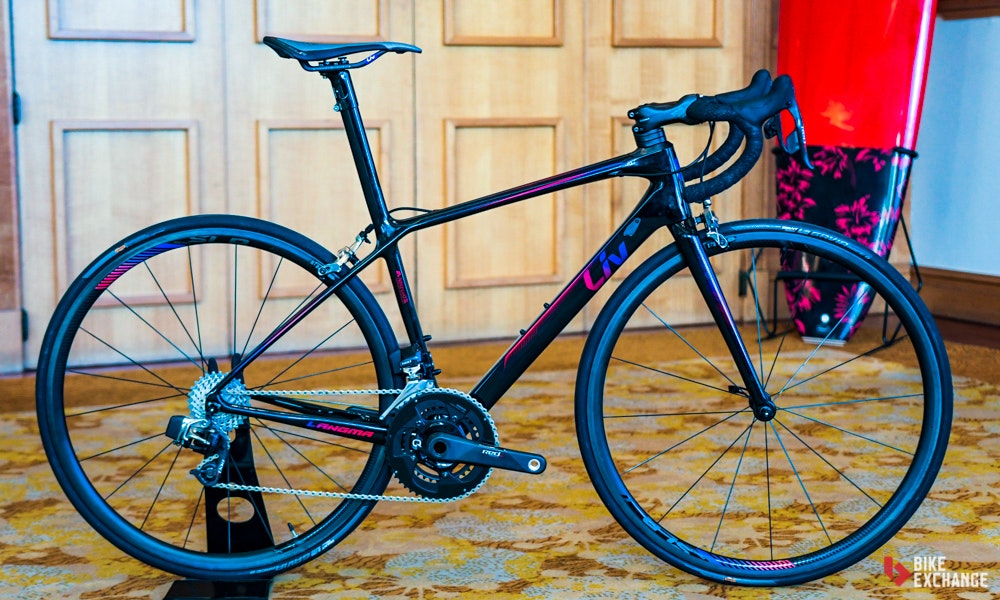 Whilst other key rivals in the bike industry such as Specialized and Trek have gone gender neutral in their respective bike ranges, Liv stands out from the crowd by offering a female specific geometry, designed by women, for women. The “3F” design philosophy, standing for fit, form and function is centered around catering to the specific needs of female riders based on Liv’s own global database of body dimension data.

In a nutshell, whilst women are perfectly capable of riding a men's, or gender neutral bike, Liv female specific bikes are claimed to the maximise comfort and the efficiency of female riders by providing an optimised geometry based key physiological differences between men and women such as flexibility, reach and height amongst several other factors. 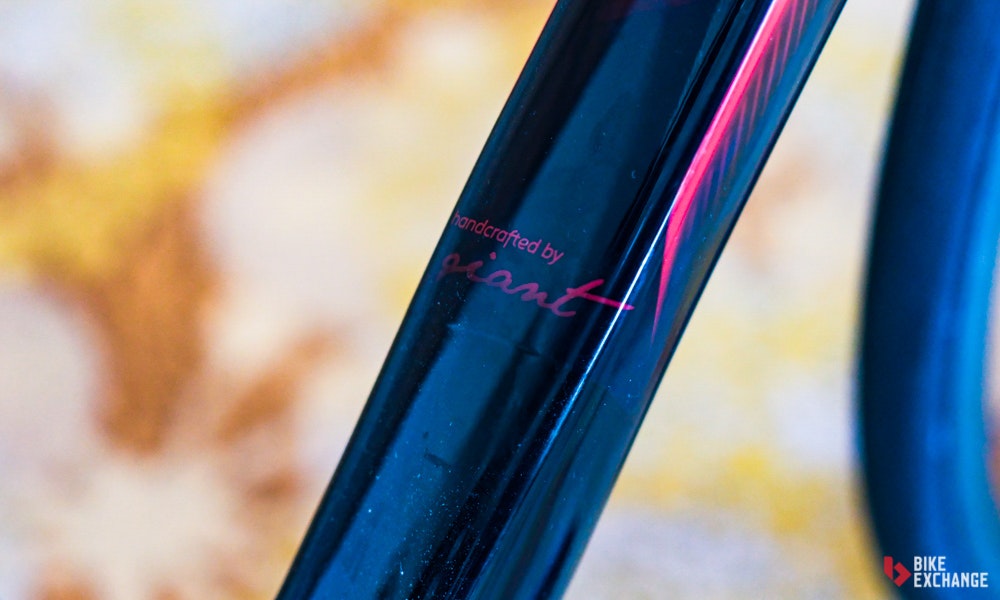 Whilst featuring a Compact Road design made famous by its brother, the TCR, the Langma began life as a blank sheet of paper and was engineered specifically for female riders. The geometry charts of the two bikes are noticeably different, proving this bike is not from the TCR mould.

Weighing in at a claimed 6.05kg for a fully built Advanced SL 0 (size S), the Langma is the lightest bike Giant has ever produced. The weight savings are mostly attributed to the ultra light frame and fork combo which tips the scales at a meagre 1155g (claimed).

The build kit for the Advanced SL 0 isn’t all about weight savings either, kitted out with SRAM eTap, Quarq powermeter (more on that later), proprietary bar/stem combo and wheelset, there is still wriggle room for the weight weenies to drop the weight even further.

Not just built for climbing, the Langma is also designed to excel on descents thanks to a mix of aerodynamically optimised tubing. Featuring a thicker d-shaped tapered downtube, a slender seattube, pencil thin chainstays and aero shaped headset cap and spacers, it's clear that the bike was not designed to be a one-trick pony like many other lightweight climbing bikes.

5. She's Stiff (but compliant where it counts) 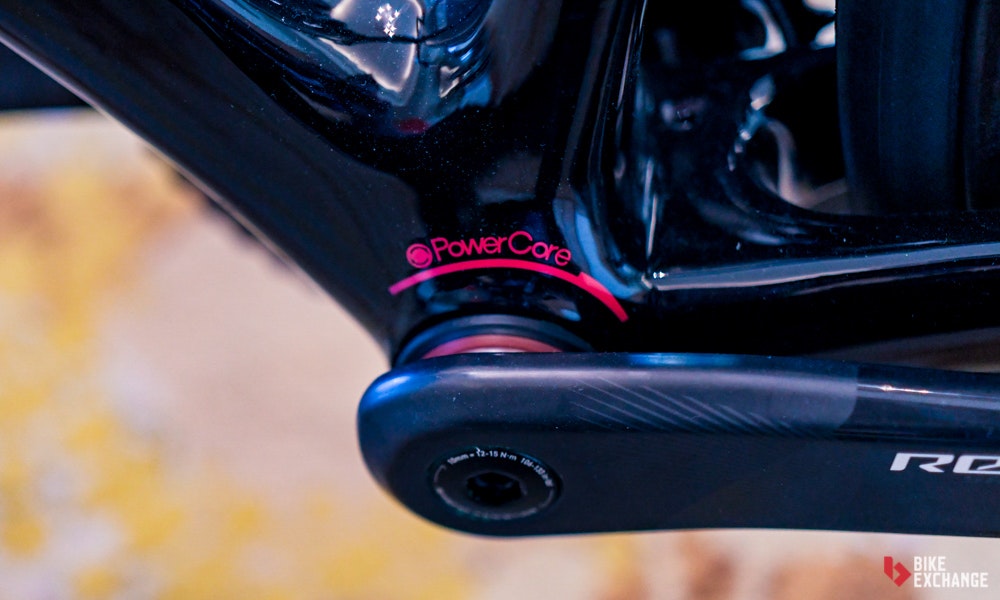 Engineers at Liv claim that the goal when creating the Langma wasn’t to create the stiffest bike they could but to balance stiffness and compliance. Featuring a host of proven technologies, carried over from its brother in the TCR, this balanced approach is evident. Featuring an oversized bottom bracket area and asymmetrical seatstays for efficient power transfer and a smoother pedalling stroke and an integrated seatpost for added compliance, Liv claim that the Langma is its most balanced ride yet. 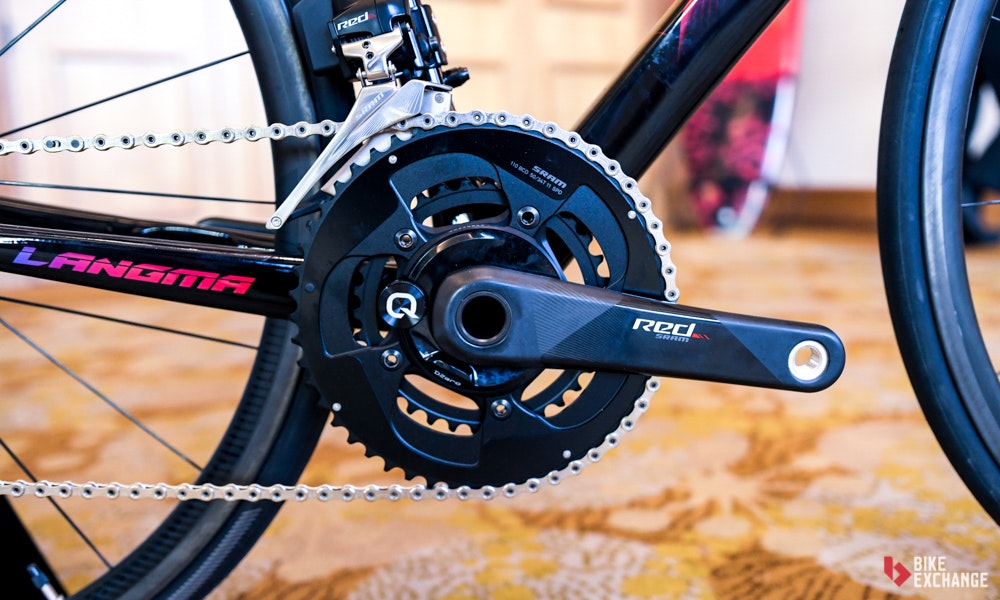 The top of the range Advanced SL 0 comes ready to race right out of the box, and as such features a pro-level spec. Similar to Advanced SL 0 TCR models found in [Giant’s 2018 road range], the Langma scores a crank-based, dual-sided powermeter direct from the factory.

The powermeter in question is the new Quarq DZero powermeter which boasts Bluetooth and ANT+ connectivity for easy connection to your smartphone or cycling computer, and a claimed accuracy to within 1.5% (anything within 2% discrepancy is nearing gold standard).

Released in conjunction with, and designed for the Langma, the all new Contact SLR Flux is a carbon composite aerodynamically optimised stem that is claimed to optimise stiffness and weight for responsive feedback.

The new stem design offers a claimed 1.5% reduction in drag thanks to intricate air channels running down the length of the stem. The Flux also features an aerodynamic headset cap and spacers for a clean look and optimal efficiency. 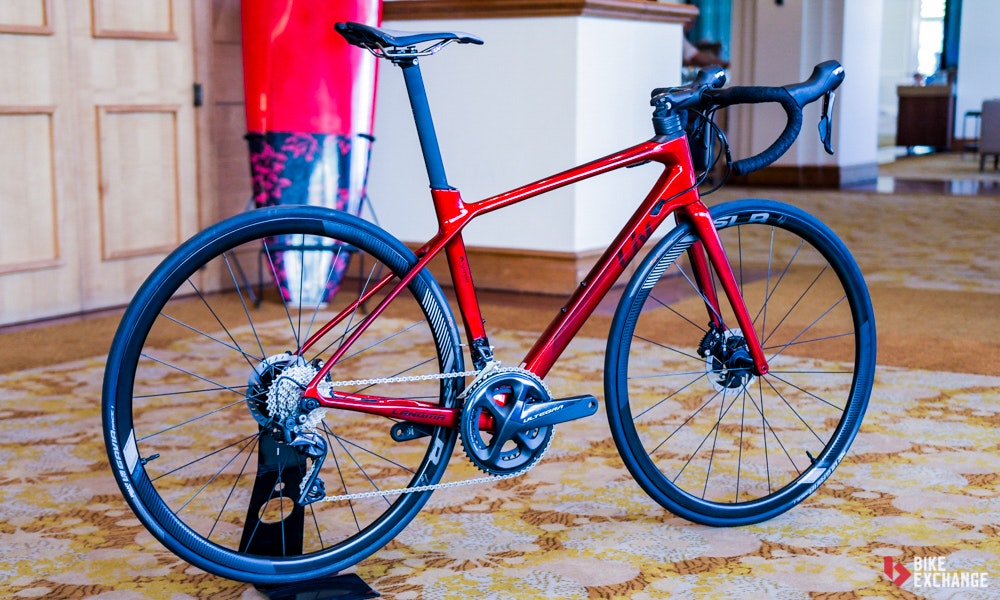 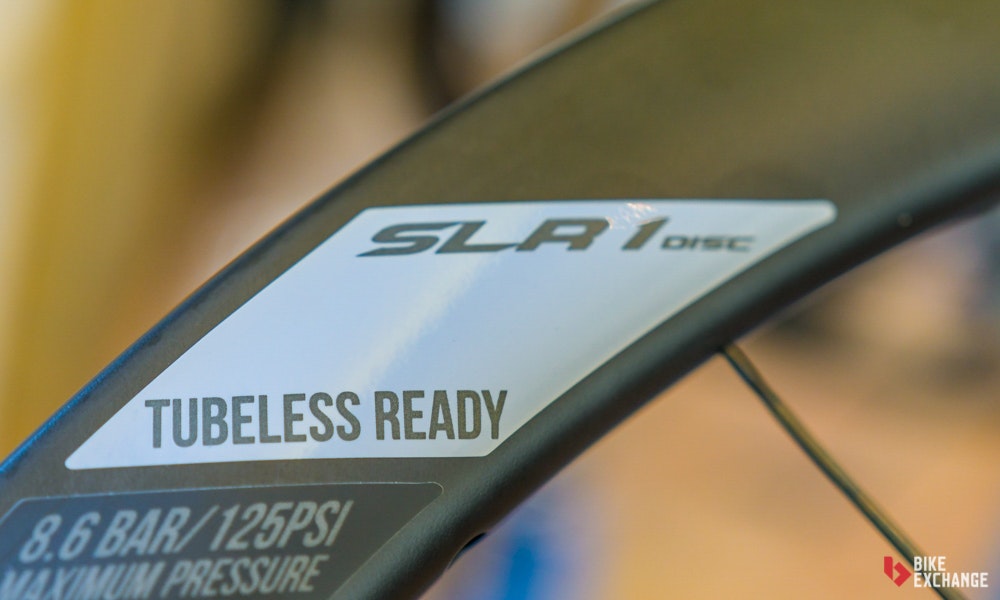 For 2018, all Langma models come equipped out of the box with variants of Giant’s own proprietary tubeless wheelsets and tubeless tyres. Tyre clearance for the Langma range has been bumped up too, with all models able to run tyres up to 28c wide. Tubeless tyres allow you to run a lower tyre pressure while reducing the risk of flat tyres. It’s something that can offer a more comfortable and yet faster ride.

With the 2018 Langma now here, why not find yourself a bargain on an older generation Liv road bike? The BikeExchange marketplace has a number of amazing deals on previous year Liv Bikes available from leading retailers across the country.