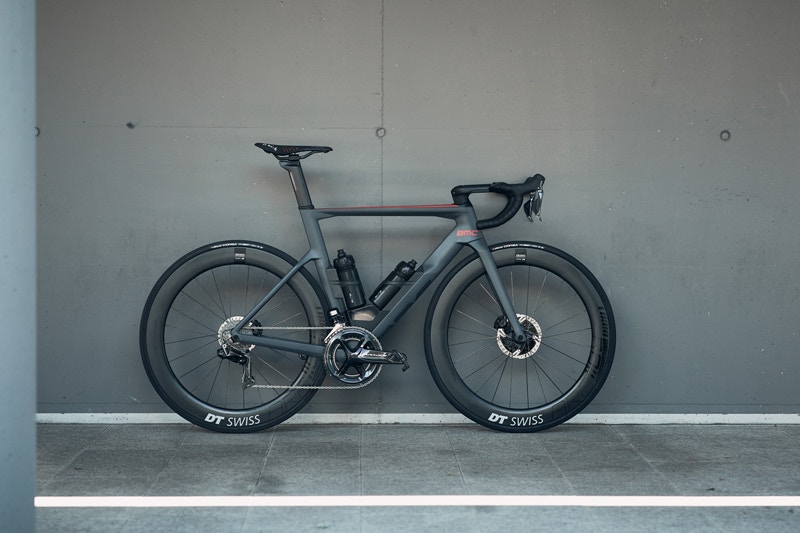 A little over 12 months after unveiling its updated Teammachine all-around race bike, BMC is back at it again, this time pulling the covers off the latest iteration of its Timemachine aero road bike.

BMC isn’t the only manufacturer using the week leading into the Tour de France to unveil their latest creation, with a number of other key rivals also unveiling wind-cheating and disc-equipped aero bikes.

Featuring impressive claims with regards to stiffness, overall weight and aerodynamics, join us as we take a look at ten things to know about the all-new BMC Timemachine aero bike. 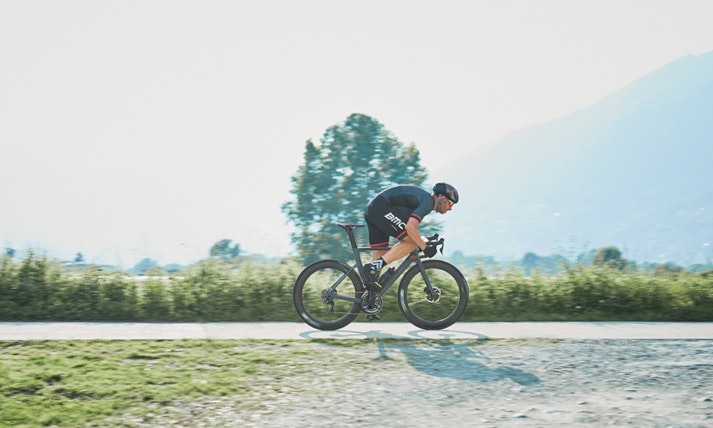 The Timemachine moniker has been a part of the BMC product line-up since 2012, with two versions of the bike initially unveiled, one for road, the other, a more radically styled time trial and triathlon specific frame.

Whilst the previous road-going version of the Timemachine enjoyed a little success in the pro peloton, it quickly fell out of favour, with the BMC race team opting for the all-around prowess of the TeamMachine instead.

That looks set to change with this latest iteration. With quantifiable aerodynamic qualities and an up to the minute frame profile, we hope to see the Timemachine used extensively for many years to come.

For 2019, the Timemachine Road will be electronic groupset and disc brake specific. The shift to electronic gearing and disc assisted stopping power is due to the aerodynamic benefits that they provide and is seemingly a common trend in the space, with Specialized announcing a similar decision just days ago.

At the cockpit, a lack of cabling makes for a sleek, drag reduced front-end whereas removing the brake caliper from the fork crown allows for frame designers to smooth the airflow around the front end of the bike. In addition to increasing efficiency, this also allows for a wider tyre to be used. BMC claims the Timemachine Road is optimised for 25mm tyres, however the frame will comfortably fit 28mm tyres. 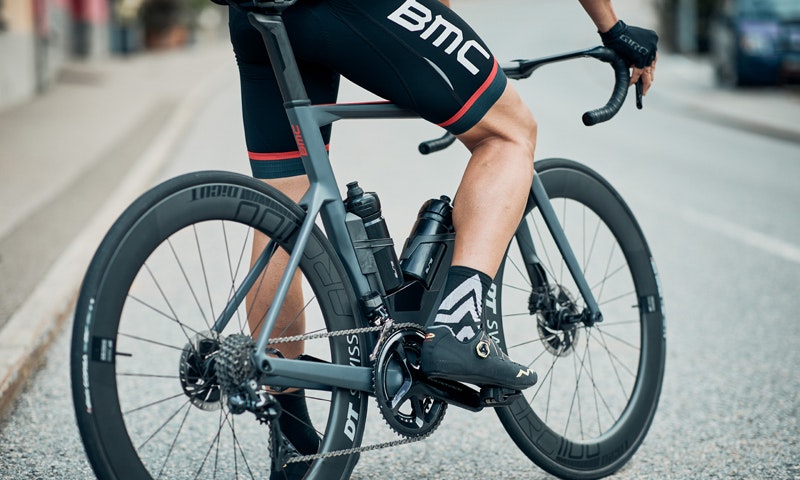 One of the key considerations of creating a balance between fast handling and stability is the stiffness of a frame. BMC claims the Timemachine is almost as stiff at the bottom bracket as the company’s climbing steed, the TeamMachine, whilst posting higher torsional rigidity (side to side stiffness). This should make for a bike that's just as efficient powering along the flats, as it is climbing out of the saddle.

BMC claims the new aero steed has a frame weight of 980g plus an additional 410 grams for the fork. This is around 200 grams lighter than the previous Timemachine and only around 240g heavier than the Swiss company’s lightweight racer, the Teammachine. This sub 1kg frame weight places the BMC on par, or within spitting distance of its wind cheating rivals also released in the lead up to the tour. 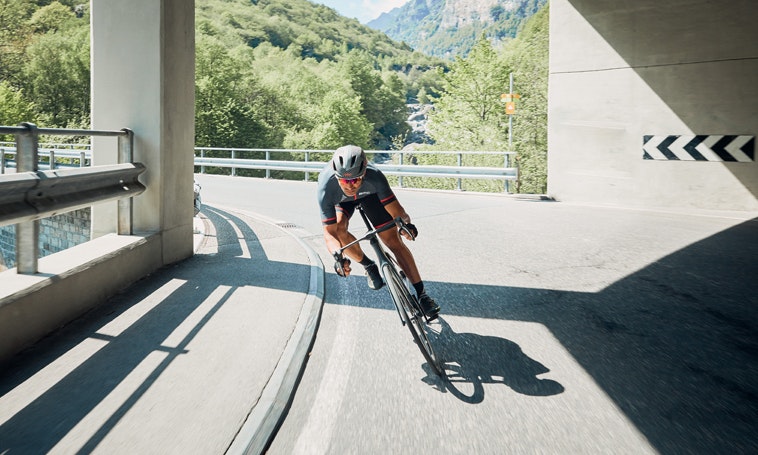 It wouldn’t be an aero bike release without some impressive manufacturer claims surrounding the new bike’s aerodynamic efficiency. BMC claim the Timemachine has a sizable aero advantage over the Teammachine, saving approximately 8 watts over 40km. This figure is claimed to balloon out to 18 watts, or ~3kph when riding out on the road in realistic wind conditions (15° yaw angle), impressive indeed.

Rider positioning for the new steed is as to be expected from an aerodynamic racer, flat-out fast. The Timemachine is said to have between 3-6mm more reach and 10mm less stack than the Teammachine, meaning that this is one bike suited to those that favour a more aggressive riding position.

Aiding in stability at speed, the wheelbase is 5-10mm longer depending on the size of the frame whilst bottom bracket drop is marginally lower which should aid with handling fast, flowing descents.

The Timemachine doesn’t just pigeonhole riders into an aggressive position however, a choice of three post offsets ranging from 0-30mm and adjustable headset spacers should provide riders with flexibility in fine-tuning their setup. 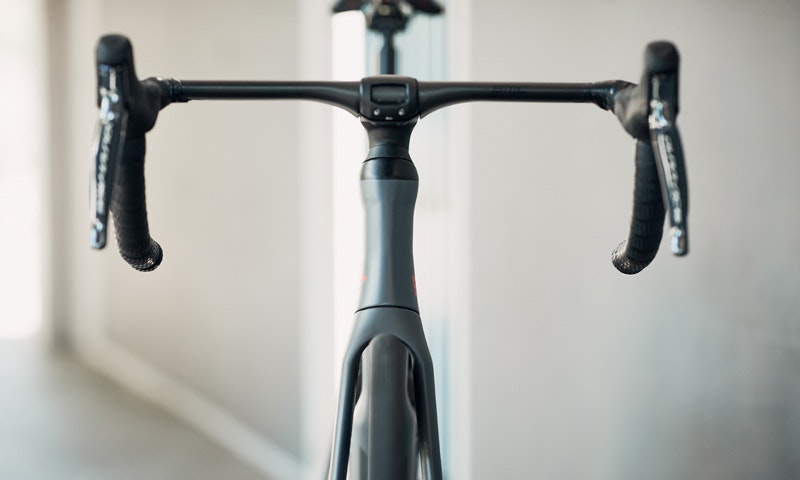 As is the case with modern race bikes, the Timemachine is loaded with integrated technology to make the frame as efficient as possible. This includes an integrated seatpost, cabling, optional bottle cages and an all-new one-piece cockpit (more on the latter two elements below.)

The integration also extends to the Di2 junction box, which lives hidden behind a mounting plate on the downtube, well out of the wind. For those running eTap, a blanking plate can be used to block off the partition altogether, neat!

BMC have equipped the Timemachine with an all-new proprietary cockpit. Whereas the majority of other aero cockpits feature a 31.8mm handlebar clamp, the Timemachine features a downsized 25mm clamp that BMC say boosts aerodynamic performance. The cockpit is made from carbon fibre and has an ergonomic compact bend to it, which should allow riders to settle into the drops with ease.

Whilst the new cockpit boosts efficiency, it also means that it will not be compatible with the majority of aftermarket handlebar options. Thankfully the 1-⅛” steerer clamp means that if the stock offering isn’t to your liking, swapping it out for something a little more to your taste should be a breeze, albeit at the detriment of aerodynamics. 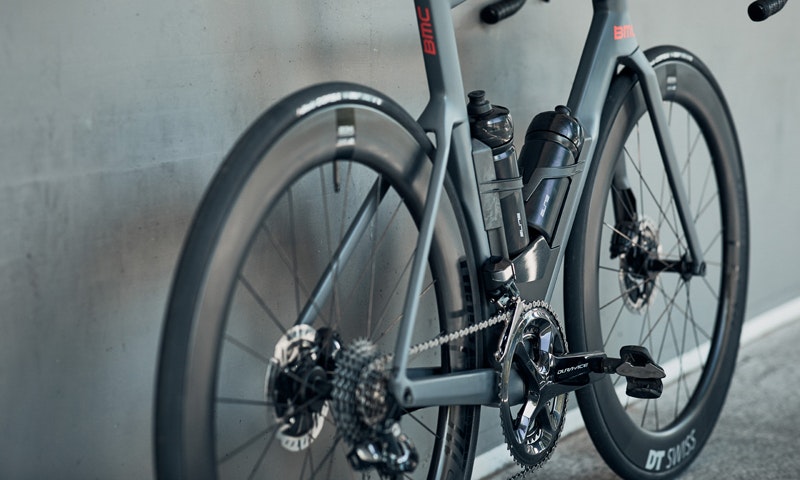 In collaboration with Italian cycling component manufacturer Elite, BMC have co-developed a set of aerodynamic bottle cages that neatly integrate into the downtube and seattube. There’s also space for a storage compartment above the bottom bracket that’s said to have enough room to house enough spares to get you out of trouble on a training ride. Don’t expect to see these in the professional peloton however, as storage boxes are banned by the UCI for use in mass-start events.

The BMC Timemachine will hit Australian shores in October 2018 and will be available in two complete builds, as well as a frameset option. Specifications and pricing below.

BMC aren’t the only manufacturer to announce new product in the lead up to le Tour. Check out our dedicated Tour de France page for all the latest news, product releases and race results.