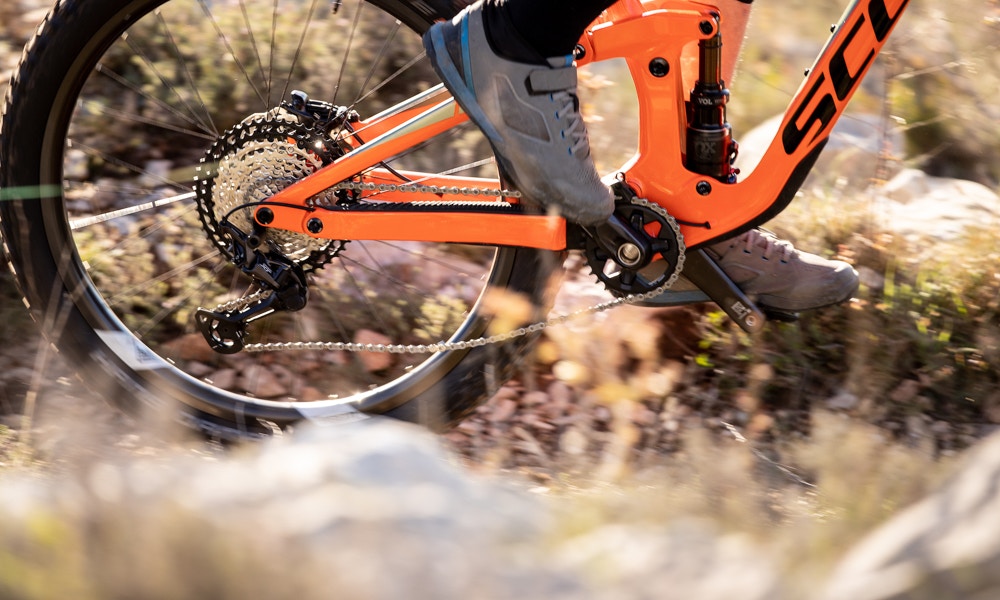 12-months after unveiling its first 12-speed mountain groupset, XTR, industry leader Shimano has trickled down its 12-speed tech not one but two tiers in one fell swoop. Boasting the same increased range, new hub standards, shifting capabilities (albeit with a slight weight penalty), and braking performance, join us as we take you through ten things to know about the all-new Shimano SLX M7100 and XT M8100 12-speed mountain bike groupsets. 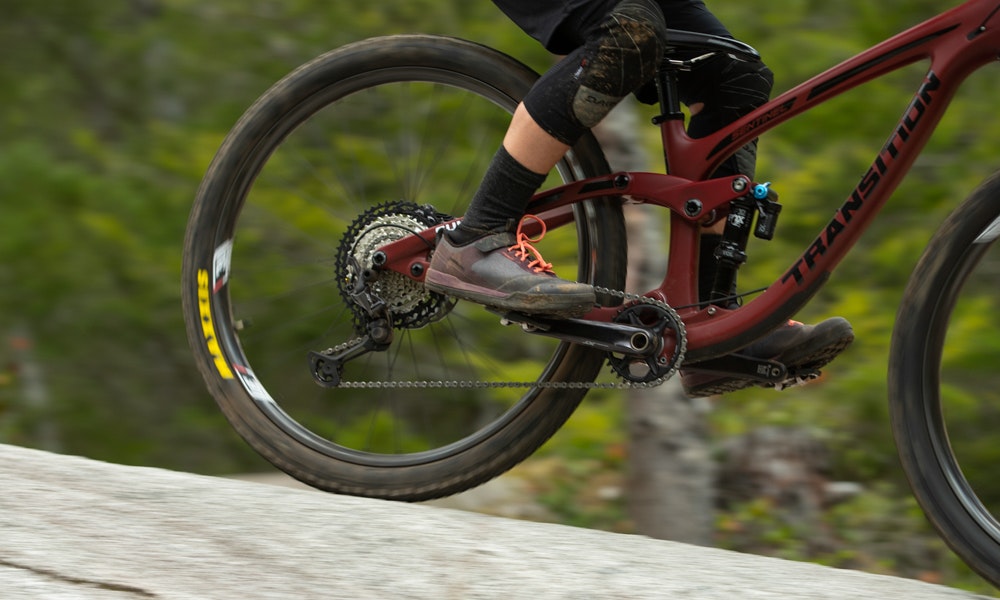 2.The Front Derailleur is Still Kicking (For now) 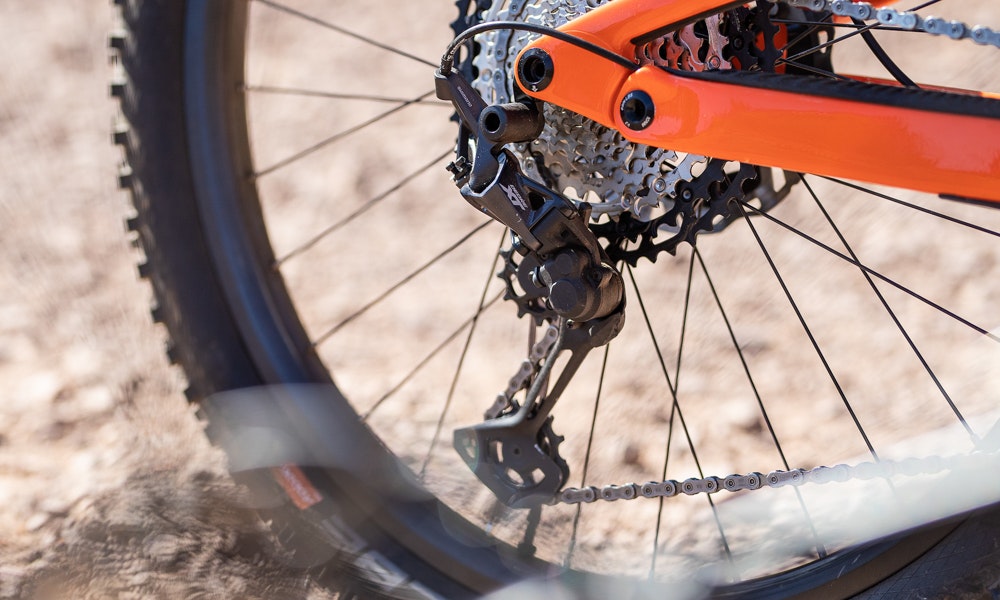 Building on the immensely popular Shadow RD+ derailleur design, the 12-speed M8100 and M7100 derailleurs carry over with little in the way of updates save for a larger 13T pulley to accommodate the larger 51T cassette cogs, after-all if it ain’t broke…

With the larger pulley diameter, both cog swappers are said to be quieter in operation. Additionally, both groups offer two variants of the rear derailleur, one suited for 1x shifting, the other for 2x shifting. 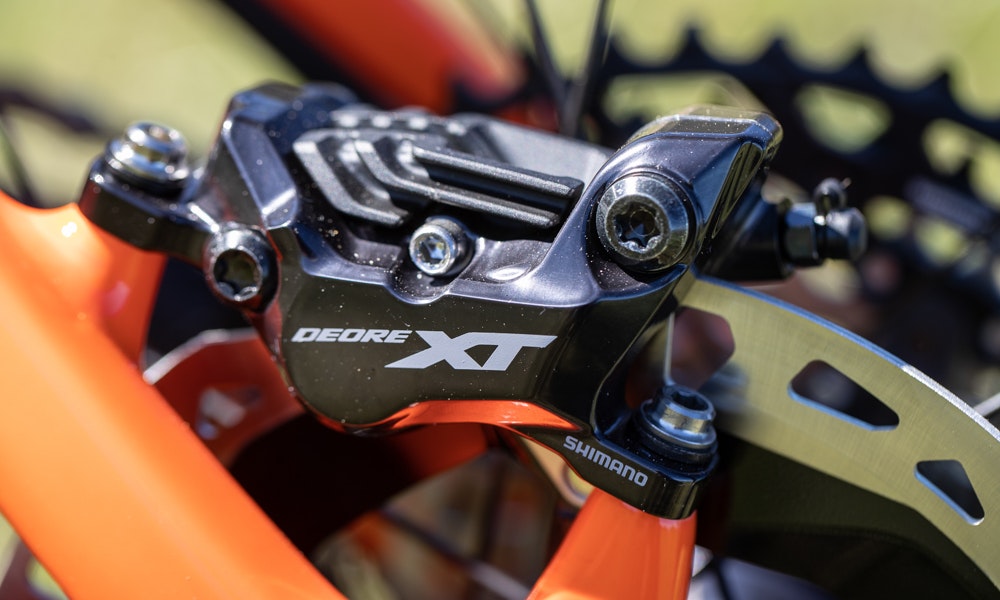 Both SLX and XT have taken a leaf out of the XTR’s playbook offering groupsets available in both XC (cross country) and trail/enduro specification. Aside from a slight weight penalty of 19g, the main difference between the two lies in the braking specification with enduro groups scoring beefed up 4-pot stoppers front and rear. XC specification brake callipers share the same twin-piston design as their predecessors and as such as compatible with legacy XT and SLX resin and sintered brake pads.

Temperature efficient Shimano ICETECH rotors are also offered at both M7100 and M8100 levels in 140mm,160mm,180mm, and 203mm sizes with XT level rotors scoring FREEZA technology and a weight saving of ~30g per rotor across the size range.

5. A Choice of Cassettes 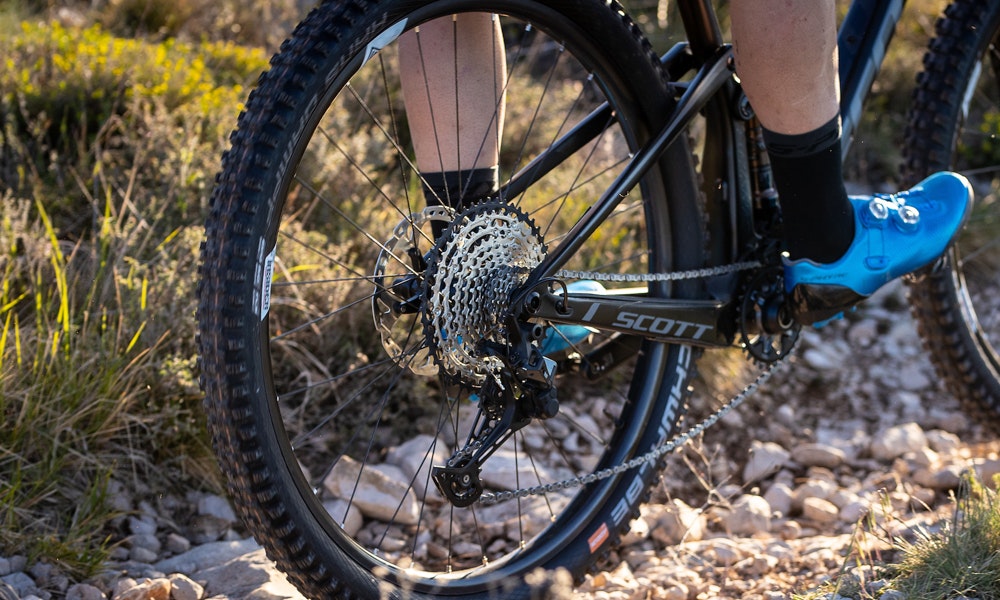 Using the same MICROSPLINE fitting system debuted with the release of XTR, both SLX and XT groupsets offer a choice of 10-45T or 10-51T cassettes. Both cassette options make use of Shimano’s HYPERGLIDE+ technology which is said to provide quicker, more precise shifting up and down the cassette while quieting down the drivetrain in operation. Both cassettes make use of an aluminium spider housing ten steel sprockets (11 on SLX level cassette’s) and two (one on SLX level) aluminium sprockets.

Making use of Hollowtech II technology, an integrated bottom bracket axle, and direct mount chainrings, both SLX and XT drivetrains offer a load of different options for 1x cranksets and a single 36T-26T 2x option for both groups. Chainrings are said to be interchangeable across XTR, XT and SLX platforms, and all feature a Chain Engagement+ narrow/wide tooth profile.

1x cranksets are available in three different chain lines 52mm, 55mm, and 56.5mm to suit a range of axle standards. Crankarm choice is also limited to three sizes on SLX with 165mm, 170mm and 175mm offered, while XT offers an additional 180mm option.

Chainring options per groupset are as follows; 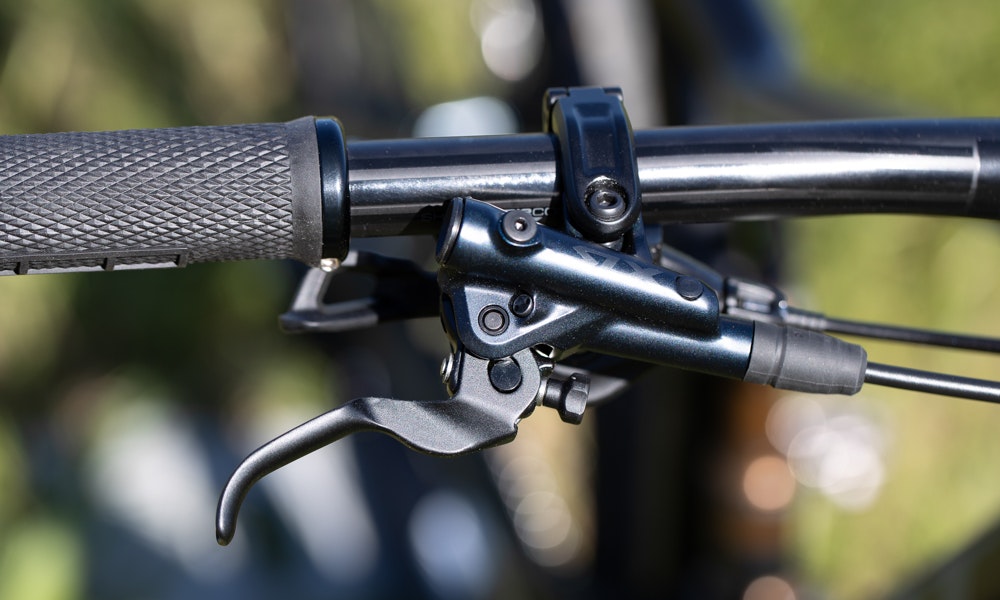 The upgraded shifters are arguably where the most significant performance difference between XT and SLX lies, with XT scoring a host up trickle-down tech. These include; “Instant release” for an immediate shifting response out back, multi-release for shifting a handful of gears at once, increased tactile grip with rubber bumpers added to the levers and internal ball-bearing construction for smoother operation. The more frugal SLX shifter misses out on all of these updates, however; is still capable of shifting up to 3 gears in a single lever press.

Another addition to both XT and SLX shifters is a claimed 45-degrees of rotational adjustment from the trickled down ISpec EV mounting system, which fixes the shifter directly to the brake lever.

Also benefitting from trickle-down tech are new M7100 and M8100 chains. Both units feature an extended inner plate profile and Hyperglide+ technology, which is said to improve chain engagement, provide smoother shifting under power and quieter operation than their predecessors. XT level chains feature a sturdier chromised roller link plates which are said to be more durable than the SIL-TEC plates offered on SLX level chains.

Whereas the XC wheelset is built for speed, the Trail/Enduro specific wheelsets are designed to be both lightweight, and suitable for aggressive riders/terrain. With an internal rim width of 30mm, the beefier tubeless ready wheelset will take tyres up to 2.6” wide, are laced with stronger J-bend spokes, and carry a marginal weight gain, weighing in at 1846g (27.5”) and 1932g (29”) respectively.

While the M7100 group doesn’t offer a complete wheelset, it does offer MICROSPLINE SLX level hubs in the same 100-110mm (front) and 148mm-157mm (rear) width as those found on the XT level hoops above. 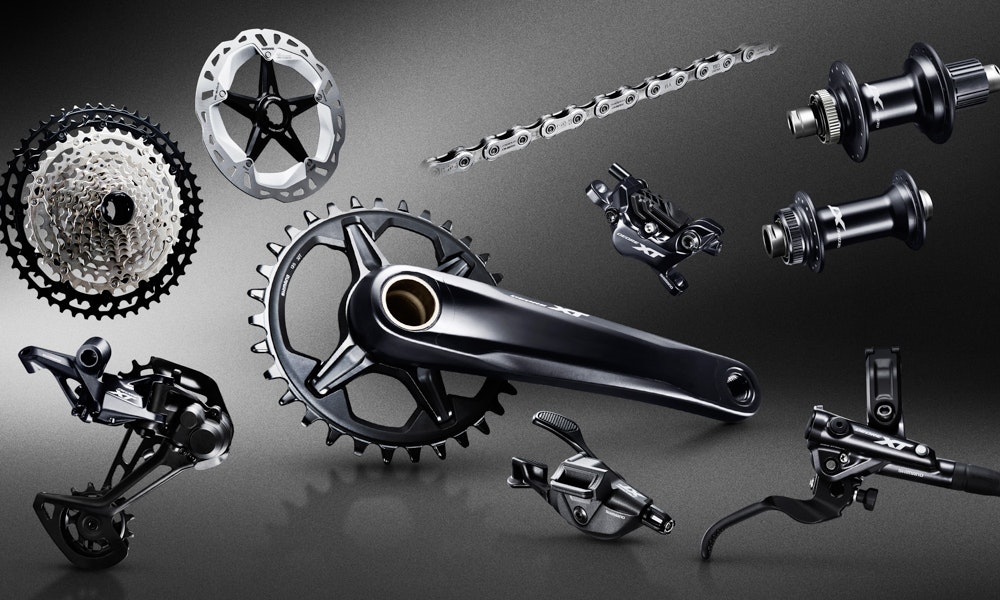 Arguably the biggest news of the release is that both XT and SLX drivetrains are slated to hit local shores from mid-June 2019 onwards. Check with you bike store for local availability. 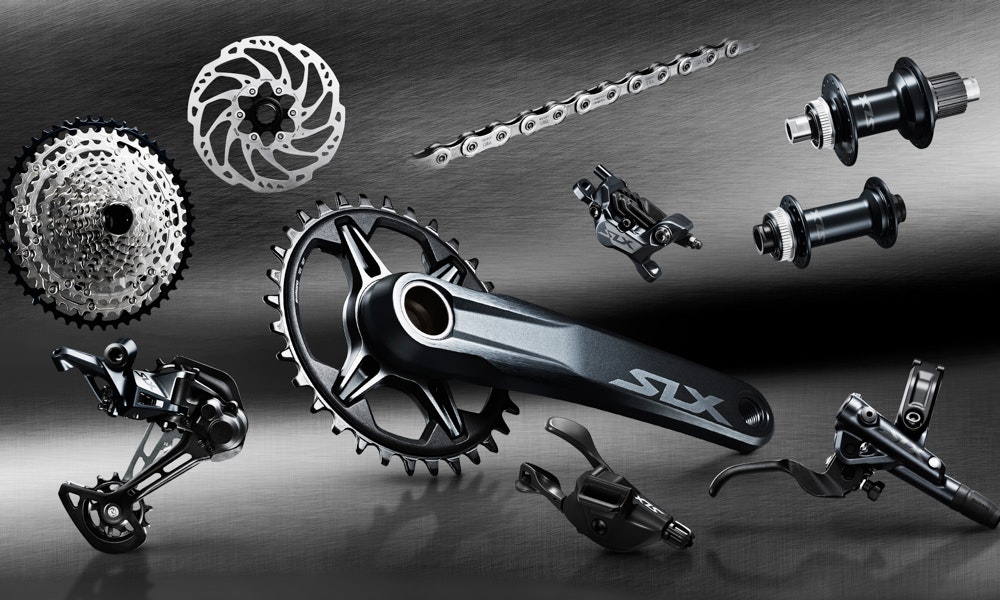 Both XT and SLX groups are sharply priced, aimed squarely at knocking its SRAM GX Eagle competition off its perch. For a partial Trail/Enduro groupset with four-pot brakes, 1X 32T chainring, and a 10-51T cassette out back expect to part with AU$1,499 for XT and AU$999 for SLX.

With new XT and SLX components expected to hit stores in the coming weeks, grab a deal on previous generation Shimano mountain bike groupsets right here, at BikeExchange. Looking for more information? Our Ultimate Mountain Bike Groupset Buyer’s Guide is loaded with all you need to know.