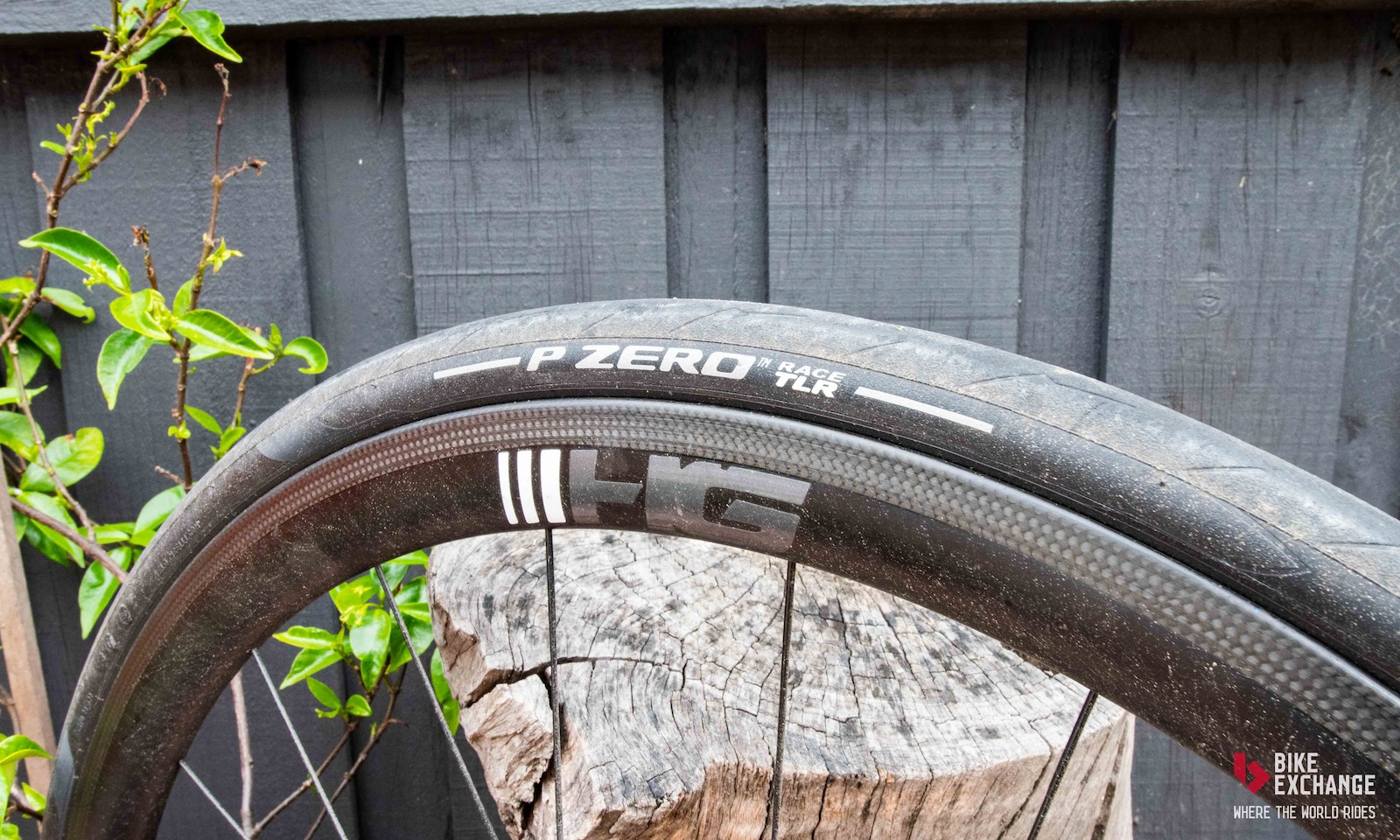 Four years after re-entering the bike tyre market, Italian outfit Pirelli updated its tyre offering towards the back-end of 2020, bringing with it a tweaked rubber compound, two new tubeless options and a claimed increase in puncture protection. We’ve spent the winter rolling around on a set of P Zero Race TLR tyres, putting them through their paces and seeing how they stack up against their tubed counterparts. Read on for more on how they compare to the competition, what we liked and didn’t.

Who’s it for?: Riders looking for an all-arounder tubeless tyre that is equal parts fast and durable.

What we liked: The improved puncture protection, grip, comfort, and speed on offer

What we didn’t: They aren’t cheap, and while easy to fit, they take some time to seal. 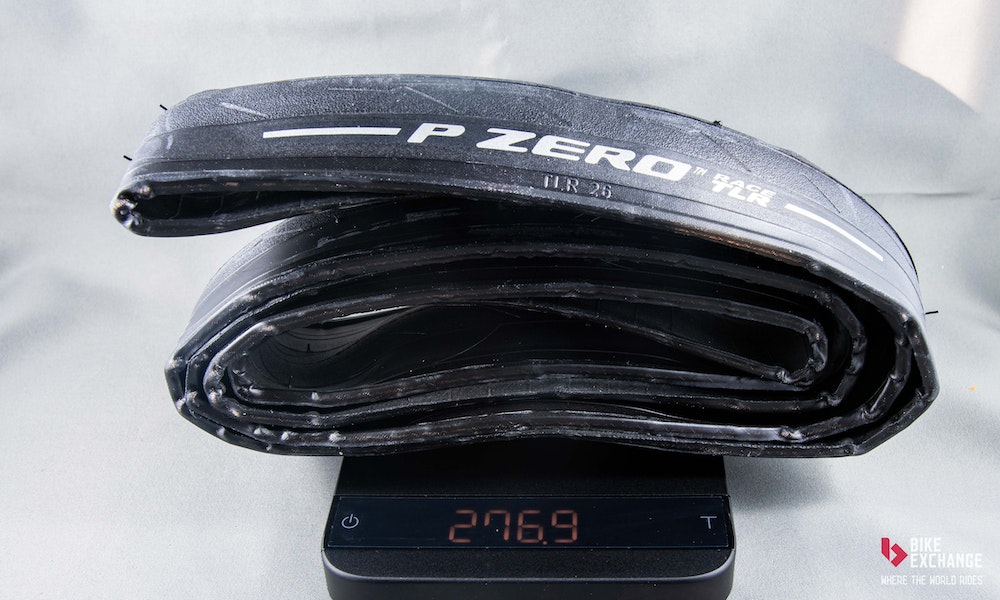 With the revised range of tyres, Pirelli made some small yet significant tweaks to its already stout lineup, first unveiled back in 2017. The most significant change is in the 120 TPI TechWALL+ Road carcass, which is claimed to improve puncture protection without adding any additional weight. At the same time, the SmartEVO rubber compound responsible for the grip is an evolution of the SmartNet Silica compound that the tube specific P Zero Velo originally shipped with. The revised compound is claimed to provide increased grip and

The P Zero Race TLR was launched in both standard form (tested) and in an SL model that is essentially identical, save for the omission of the tread pattern and the puncture protection belt to bring weight and subsequently rolling resistance figures down. Both tyres are available in 24, 26, and 28mm sizes, with the standard P Zero Race TLR also available in a 30mm option. The standard TLR and the TLR SL are compatible with hookless rim, however only in 28 and 30mm sizes. With its latest batch of tyres, Pirelli has also started labelling the tyres at Width as Measured (WAM) and Radius as Measured (RAM). This means that the width is more or less what it says on the box. In the case of our 26mm test set, the tyres pumped up to 26.5mm when paired with a 19mm internal rim width wheelset. This allows riders to easily decipher the actual inflated width and height of the tyre, without getting the tyre home, only to pump it up and realise it isn't going to fit their frame, or won't provide adequate clearance for tyre deflection, or debris etc. 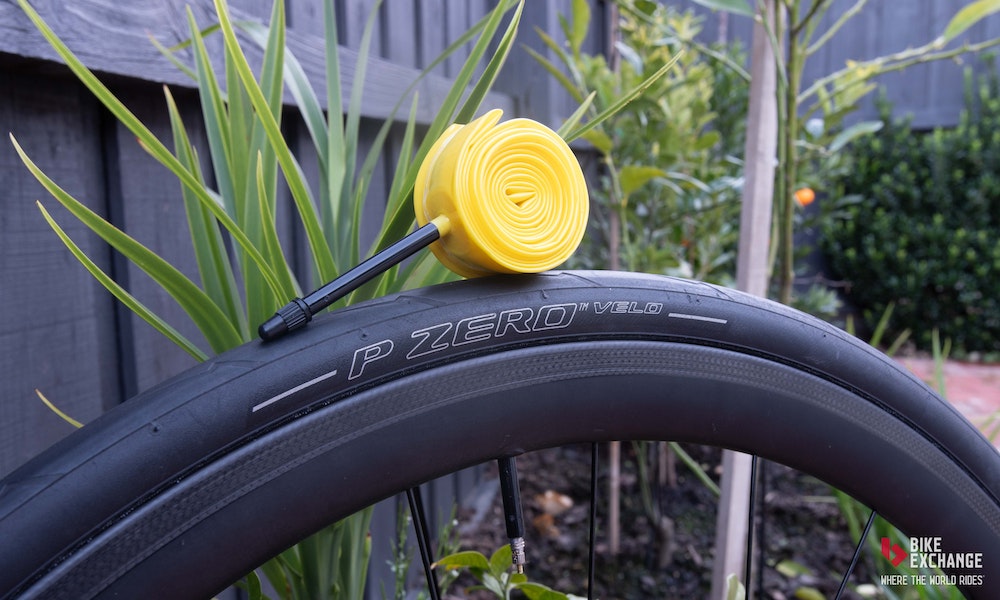 The tube vs tubeless debate has been raging for a few years now. With the limited options and approach that early tubeless adopters had to deal with when the tech first came to the high-pressure road world, it’s safe to say that team tube inside definitely had the edge. However, as key tyre manufacturers continue to invest in the development of the technology and wheel manufacturers creating wheel options that work well with the tech, the argument for road tubeless is heating up once again. Throughout the test period, I conducted my own mini-experiment, pitting the tubed P Zero VELO clincher tyre with Pirelli’s all-new P Zero SmarTUBE TPU inner-tubes against the P Zero Race TLR to see how they stacked up on price, weight, ease of use and riding impressions.

Weight wise the tubed variants tip the scales at 203g, 2g under the manufacturers claimed weight, while the SmarTUBE tipped the scales at a meagre 33g per tube. All told, the tubed set-up weighed in at 236g per wheel, vs 303g for the tubeless set-up (Tyre + Sealant). 70g difference, how did that feel out in the real world? Read on to find out. 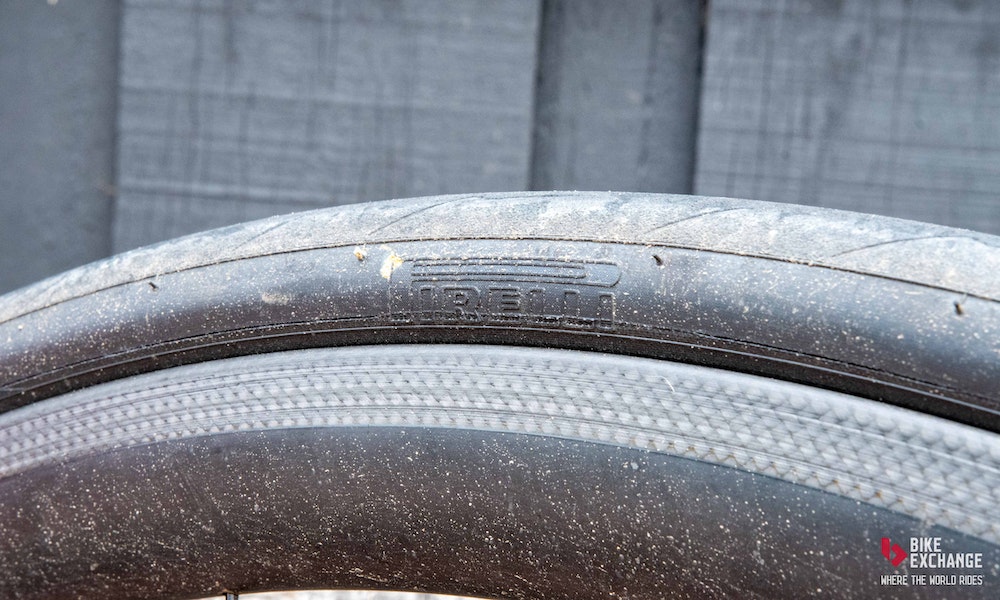 As a motorhead with a soft spot for Formula 1, I was an excited early adopter of Pirelli’s return to the world of cycling. Across the 2-3 times I’ve attempted to transition to the french made rubber, I’ve enjoyed the performance and ride feel of the tyres on the road, but simply put, they were too fragile for full-time use on the coarse chip seal roads I ride. So when the information floated across my desk that Pirelli had set out to improve the puncture resistance, as well as make it compatible with a tubeless set-up, I was excited to throw a set on my hoops and see how they fared.

Like the tube type variant, the Race TLR was a breeze to fit to my tubeless-ready wheelset. No faffing with compressors, broken tyre levers or blistered hands; just roll the rubber onto the hoops, remove the valve core, seat the beat with a floor pump, add sealant and go. It must be said that one of the tyres provided did take a little sealant to plug some gaps at the bead. After this, air retention was just about as you’d expect from a tubeless set-up. In my mini comparison test, the tubed clincher set-up had excellent air retention, with the TPU tubed P Zero Velo losing a marginal 3-5psi over 72 hours compared with 20psi on the fresh tubeless setup. A lot of this has to do with the TPU innertube, which due to its plastic construction, is significantly less porous than a standard butyl or latex innertube.

When it comes to riding impressions, I’ll happily admit that these are amongst the nicest riding tyres I’ve ridden, let alone the most confidence-inspiring riding tyres that Pirelli offers. The rolling resistance feels well suited to the intentions of the tyre. The 120TPI casing of the tyre itself results in a ride that provides a nice amount of feedback from the road while still offering a plush ride. While the ride feel impressed with its supple nature, the real winner was in the durability department. I mentioned at the start of this review that I’ve had two or three false starts on Pirelli tyres over the last few years; I’ve wanted to love them but had too many rides cut short by cuts and punctures. I’m happy to report that over the three month testing period, I’ve experienced no flats despite riding through the depths of winter on Victoria’s surf coast. Sure I’ve picked the odd thorn, shards of glass, and other miscellaneous debris out of the tread over the journey, but the puncture protection band is a real game-changer with the latest iteration of P Zero tubeless tyres. The durability of the tread itself is to be also commended, with no real signs of squaring off in the profile on either the front or rear tyre. The grip on offer with the P Zero Race TLR is also to be commended, regardless of whether I was attacking a descent, a sharp crit track corner, or simply riding on wet roads, the rubber felt sure-footed with plenty of grip on offer, no matter the lateral load i placed on it. 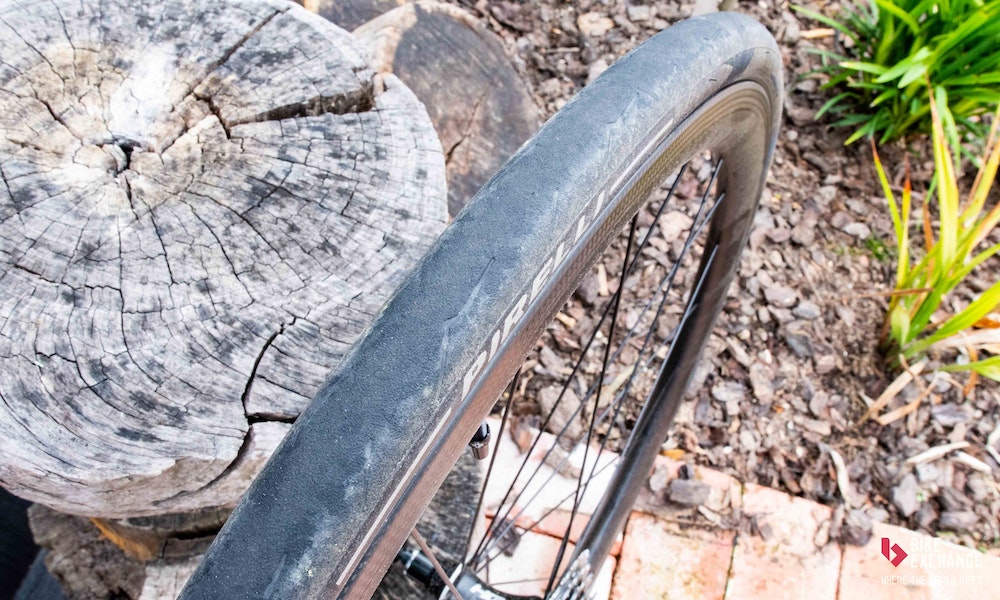 The same, however, can’t be said for the tube type P Zero Velo SmarTUBE setup. While the lighter weight was somewhat noticeable out on the road, and during dry conditions on good roads, the tubed set-up felt every bit as capable as the tubeless set-up, however, the reduced puncture protection was prominent. Whether it was just sheer bad luck or a product of the reduced puncture protection on offer but I was unlucky enough to puncture both SmarTUBES over the three month review period while suffering the same abrasions to the tread I’d experienced in the past. Priced at AU$52.95 a pop, the cost/benefit analysis quickly starts to fade away, especially when you go through a few fancy tubes in the space of a month. That's not to say the SmarTUBES were at fault here, I'd put this down to the tyres not offering enough puncture protection. Aside from the same durability concerns, the Race TLR just inspired more confidence when riding, particularly when riding in inclement weather. The added grip on offer with the new tyre allowed me to brake later into turns, push a little harder on sweeping bends and was more comfortable to boot thanks to the lower pressures I was able to run with a tubeless set-up.

With the P Zero Race TLR, Pirelli has clearly gone after the everyday rider, outfitting the rubber with a handful of sensible features and bestowing an excellent rubber compound upon it that excels both in everyday and race day situations. So if you’re in the market for some new road rubber, or want to give tubeless a go, we have no hesitation in recommending the P Zero Race TLR, after all if they’re good enough to carry Lizzie Deignan to a win at Paris-Roubaix, they’re more than capable of seeing you through your two-wheeled adventures.

Thanks to FE Sports for providing the product for this review

Confused by the different tyre options on offer for road bikes? Check out our Road Bike Tyre Guide for everything you need to know about the rubber that meets the road.