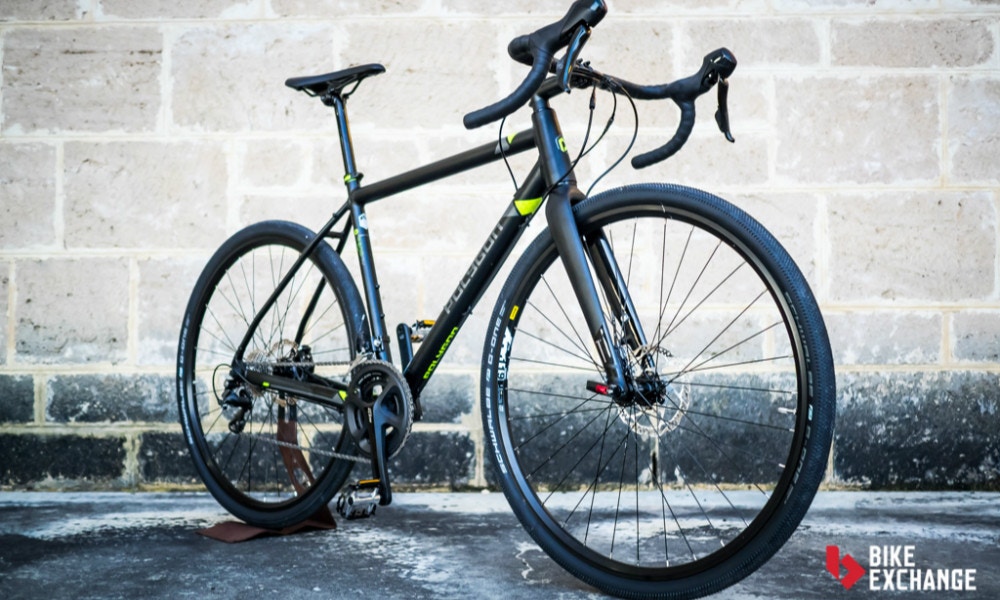 In an age where manufacturers are creating highly specialised bikes built for specific conditions or terrain, the latest trend is a throwback to a versatile bike that can do it all. These bikes are part road, part mountain bike and are created to conquer tarmac, trail, and everything in between. Without a definitive home to call their own, this latest bike is described as a Adventure Road or gravel bike and typically features a road type frame with huge tyre clearance, disc brakes, easy pedalling gear ratios and in some cases, racks and fender mounts for touring or commuting.

CyclingTips’ Australian tech editor Matt Wikstrom will be testing and reviewing the latest gravel bike from Polygon, the Bend RV over the coming weeks. We were able to get our hands on the bike for a brief moment to take some shots and get an idea of what this bike is all about before Matt’s full review is released on CyclingTips. Polygon describe the Bend RV as a 'gravel / cyclocross' bike which gives an insight into its development. Cyclocross bikes are like aggressive road bikes, purpose built for fast and furious short form racing over obstacles and tight circuits. Gravel bikes take elements of cyclocross bikes and relax the geometry to create more predictable, stable handling and improve comfort for longer adventures.

The foundation of the Bend RV is a 6061 Hydroformed aluminium frame paired with carbon fork. As mentioned the geometry is in the endurance mould with a 'slack' headtube angle ranging from 70.5 degrees to 72 degrees depending on frame size, although the headtube length isn't overly tall, ranging from 120mm for a small to 185mm for an extra-large. Rack and fender mounts are an optional extra if you plan on commuting or using the Bend RV for adventure riding.

The drivetrain is the tried and true Shimano 105 11-speed in a traditional road compact ratio of 50/34 on the front and 11/28 on the back. "The gearing might not be low enough depending on the desired purpose, with some wishing for the return of road triple cranksets to make this bike work for long journeys on a bike packed with camping gear", Matt says of the gear ratio choice. For reference, Cyclocross bikes and gravel bikes will typically run a 1x drivetrain or a double crankset with a 32/42, 34/44, or 36/46 ratio that allows for riders to ascend steep hills. The wheelset features Mavic XM119 rims paired with Novatec Hubs and Schwalbe G-One 700x40c tyres. Early impressions from Matt were positive regarding the tyre choice. "Schwalbe G-One tyres are awesome. The tyres roll really nicely on paved surfaces and they seem to work well on unpaved as well. Looking forward to riding this bike everywhere."

Matt is testing a medium which tipped the scales at 10.52kg without pedals and cages and his early impressions are promising. "It's similar build to the Malvern Star Oppy S1 tested previously", Matt says.

"The bike feels sure and sturdy and the weight feels pretty good too. At face value, it's a super-commuter for riders that like to travel on mixed surfaces, or, an adventure bike that's ready for bike-packing."