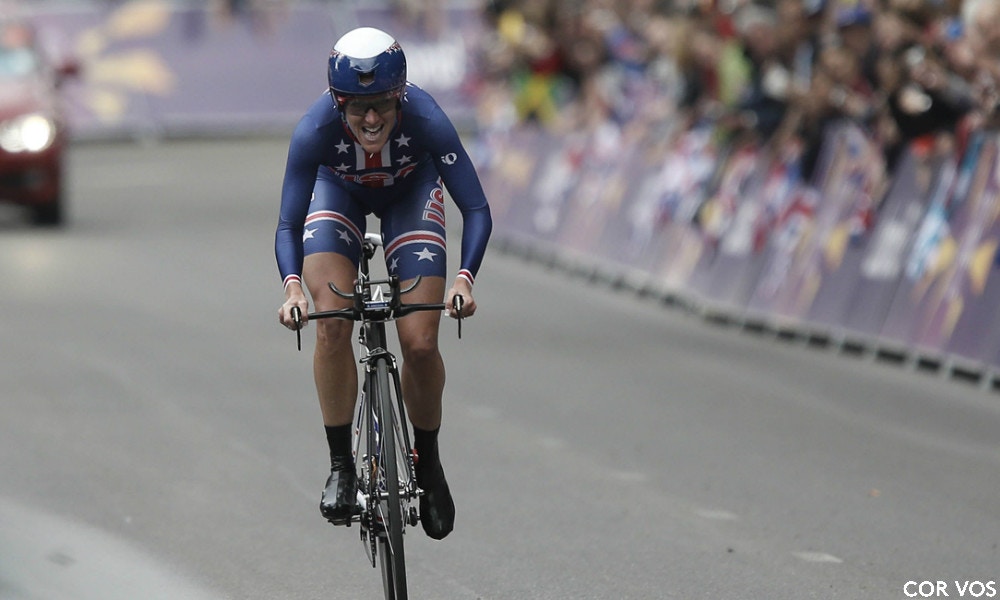 With the 2016 Olympic road races completed and written into the history books, it’s now time to turn our attention to the individual time trial held on Wednesday morning.

All of the 24 female cyclists set to compete in the time trial also competed in the hard-fought road race on Sunday, meaning they had a mere two days to recover from their efforts.

Two-time defending Olympic champion Kirstin Armstrong (Twenty16-RideBiker, USA) will be lining up as a favourite, but Anna van der Breggen (Rabo-Liv, The Netherlands) could be making history if she manages to snag the gold medal in the time trial after already having won gold in Sunday’s road race.

Here’s what’s in store for Wednesday’s race against the clock.

The women will be the first to ride their individual time trial on August 10, with the men following later that day. The first female rider will roll off the start ramp at 8.30 a.m. Brazil time (1.30 p.m. CEST, 9.30 p.m. AEST). The 29.8-kilometre race starts and finishes along the scenic Pontal Beach, in Tim Maia Square, and uses the same Grumari circuit as featured in the Olympic road race. As we saw in the road race, the Grumari Circuit is defined by two main climbs: a 1.2km ascent at an average 7% (which reaches 16% at its steepest) and then a 2.1km ascent which averages 4.5%. While the course demands excellent climbing skills, the descents are a big factor, too. Steep and technical with sharp corners, the descents will be tricky to maneuvre on a TT-bike. Anna van der Breggen was a mere two seconds removed from the world time trial title last year, when she came in second to New Zealand’s Linda Villumsen, and, as she proved on Sunday, this hilly course will suit her better than the Richmond course.

Van der Breggen was a common face on the podiums throughout the 2015 season, but she’s been coming into her fitness late this year. She won Fleche Wallonne Femmes but then we didn’t see too much of her until the Giro Rosa where she showed good time trialing form, finishing third in the prologue, second in the time trial and ultimately third in the GC.

It seems like she timed her peak fitness just right, and with one gold medal already in the bag, Van der Breggen could very well go for an historic double.

She won Olympic gold in 2008, and again in 2012. She retired twice already Kristin Armstrong just can’t seem to bare watch the Olympics from home. Attending her fourth Olympic Games in Rio, Armstrong, now 42 years of age, hopes to add a third straight medal to her collection.

Armstrong came out of her second retirement in the spring of last year and has shown good form this season, winning Redlands Classic and the Tour de Gila time trial and performed well against international competition at the women’s Tour of California where she finished second in the overall. Early this year, Evelyn Stevens (Boels-Dolmans, USA) proved just how good she can be in racing against the clock when she set a new UCI world hour record. And just last month, she showed excellent form in the Giro Rosa where she won three stages and traded the pink leader’s jersey only with fellow Americans Mara Abbott and Megan Guarnier.

On Sunday, she was unable to make it up the climbs with the race leaders and had to settle for a disappointing 12th place finish. The time trial will be her second chance.

4. Emma Pooley, who came out of retirement just for this event Before retirement, Pooley’s nine-year career saw her win a silver medal in the time trial at the Beijing Olympics, a UCI world champion title in that same discipline as well as several additional medals at the world, Commonwealth and national championships. During that time she established herself as one of the best hill climbers of the peloton and if her tireless chasing efforts in Sunday’s road race are anything to go by, she’ll be a good medal candidate. When Ellen van Dijk (Boels-Dolmans, the Netherlands) was crowned world ITT champion in 2013, almost half a minute ahead of the number 2, Holland thought it had the next Olympic time trial champion in its midst. But due to a flurry of bad fortunate and injuries, her time trial performances in 2013 and 2014 we a bit of a mixed-bag.

This season, however, it looks like Van Dijk may have recovered her TT legs with wins in Qatar, the Thüringen Rundfahrt and Energiewacht Tour this year.

With that said, Van Dijk would very much prefer a flat course but she will give it her all to put down a good result tomorrow.

“The time trial was the big goal for me this year, but to be honest, the course really doesn’t suit me,” she told Ella CyclingTips earlier this year. “I knew it would be a tough course but it really is a lot of climbing. But I’m going to give it 150 percent.” Current world ITT champion Linda Villumsen hasn’t been showing the rainbow stripes very much this season, but she knows when to peak. She has stood on the world championships time trial podium six times and is always a contender when there’s a race against time. Sunday’s bronze-winning ride tells us that Italy’s Elisa Longo Borghini (Wiggle-High5) is in great form and stands a good chance at bringing home a second Olympic medal on Wednesday.

In the past two months, we’ve seen Borghini win the Italian time trial championships, podium in the Giro Rosa time trial and win the Giro Rosa mountains classification. With her solid descending skills and excellent form, Borghini may have a career-best performance. Kasia Niewiadoma (Rabo-Liv) sporting the white skinsuit for best young rider. She climbed to 7th in the GC in stage 6 and was able to hold on to that place today.

With her climbing skills and an impressive sixth place finish in the Olympic road race, we expect Kasia Niewiadoma (Rabo-Liv) to do well in the time trial. She may be young but she’s having a fantastic season, with wins in both Polish national championships, the Giro del Trentino and the Festival Elsy Jacobs.

NBC will be broadcasting the race for an American audience, tune into BBC One and Two if you’re in the UK, and if you’re in Australia tune into Channel Seven or use the 7 app.

So, who’s your pick for the women’s time trial at the 2016 Rio Olympics?