Richie Porte wins the 2017 Tour Down Under 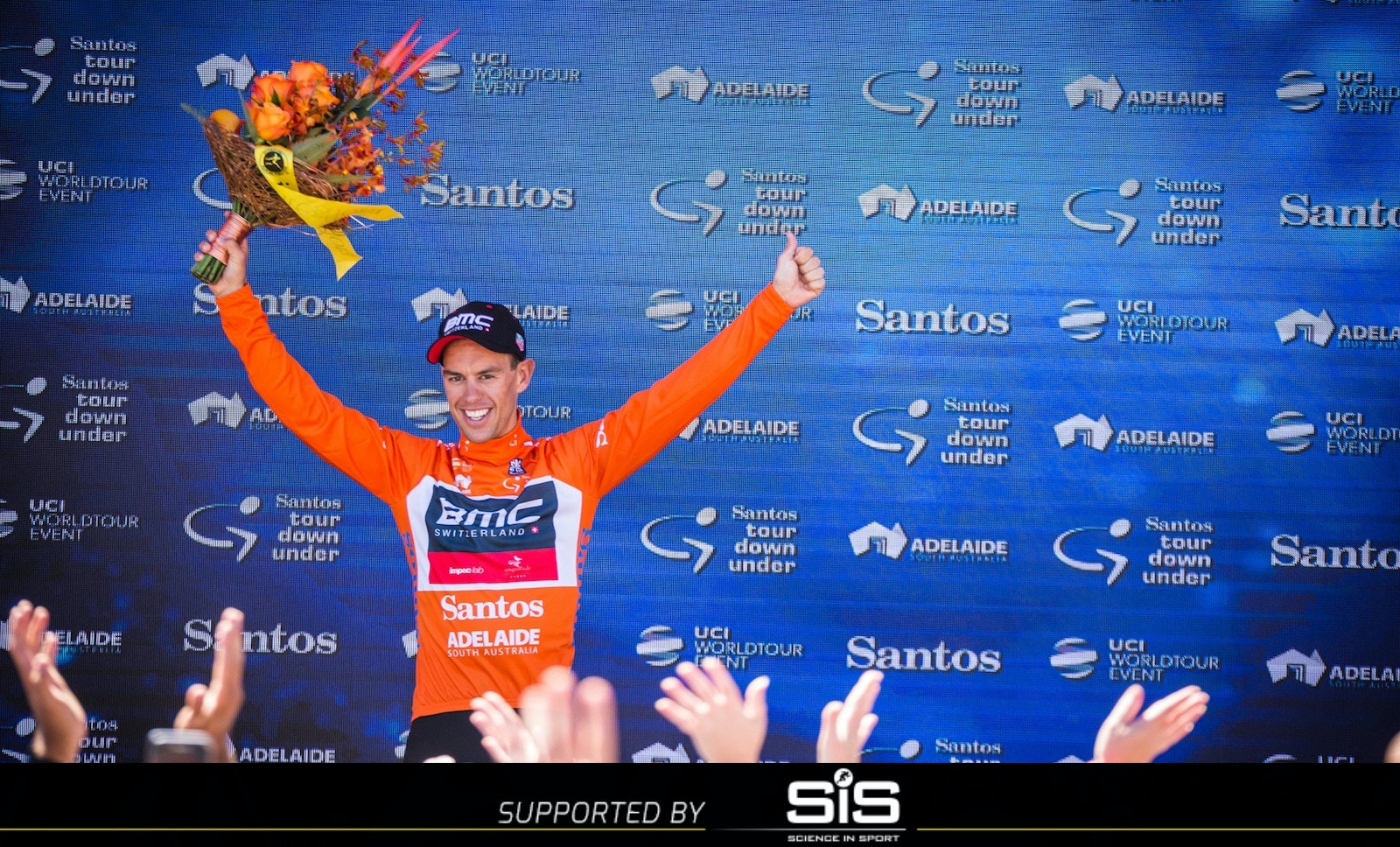 ADELAIDE, Australia (CT) – History will show that Richie Porte (BMC) won the 2017 Tour Down Under on stage 2 when he rode into Paracombe on his own. His win on Willunga Hill three days later — his fourth straight victory on that climb — only padded out his eventual winning margin.

Of course, the race wasn’t properly over until Porte crossed the line in Adelaide at the end of today’s sixth and final stage. And when he did, the overriding emotion was one of relief. It was his first overall victory at the race after finishing second in the past two editions, including by just two seconds in 2015.

“It’s an incredible relief,” Porte said. “I think back to nine years ago — this race really kicked off my career. This is where I came as a wildcard [with the UniSA-Australia team] then two years later I was in the WorldTour.

“So to win it’s a massive relief. I’ve been close two times before so it just feels fantastic.”

Porte is hoping that today’s victory will put him good stead for the season ahead. He’ll race the Cadel Evans Great Ocean Road Race in Geelong next weekend before heading back to his European base in Monaco. Then it’s off to Paris-Nice — a week-long race he’s won twice before — as he builds towards the Tour de France.

For the first time, Porte will go into the world’s biggest race as the outright leader of his team.

“Quite a few of the guys here will do a program in the lead up to the Tour de France with me and that’s exciting that I’ve got a team built around me for the first time ever,” Porte said. “I’ve often been the plan B or whatever so BMC Racing Team’s put a lot of faith in me this year and I think today I’ve shown that I can repay that faith.”

While Porte only had to finish today’s stage in the bunch to win the tour, those vying for the overall podium had a far more stressful race on their hands. Esteban Chaves (Orica-Scott) began the 90km circuit race in second place, 48 seconds behind Porte but only three seconds ahead of Nathan Haas (Dimension Data). Jay McCarthy (Bora-Hansgrohe) was lurking in fourth place, another three seconds behind Haas.

With six bonus seconds on offer at both of the stage’s intermediate sprints — three, two and one second for the first three respectively — both McCarthy, Haas and indeed others were within sight of the overall podium. As a result the first sprint was a hotly contested one.

With a lead-out from world champion Peter Sagan, McCarthy managed to claim the maximum three-second advantage, putting him on the same time as Haas. Neither of the pair managed to take any time in the second sprint nor at the finish, meaning it came down to a countback to decide who would finish third overall.

As per the UCI stage race regulations, the commissaires tallied up the two riders’ stage placings throughout the week and it was McCarthy that had the lower total.

It was a close-run thing, but a case of mission accomplished for McCarthy, who finished fourth last year.

“I’m super happy – we had the plan to go for the intermediate in the team meeting this morning and it worked,” a jubilant McCarthy said afterwards. “I have to thank the team so much – we controlled it from the start and made sure the breakaway wasn’t gone for the intermediate.

“Having the current world champion, Peter Sagan, leading me out, is bloody awesome, so I’m really happy I’m on the podium.”

Chaves remained second overall in what was a thoroughly successful week for his Australian-registered team in its home race. In addition to Chaves’ podium finish, Orica-Scott won the sprint classification and four of the race’s six stages, courtesy of sprint ace Caleb Ewan.

On the final stage, with three victories to his name already, Ewan contested the first intermediate sprint — to defend Chaves’ GC position — before sprinting to stage win number four. Again it was Peter Sagan that had to settle for second place, while Marko Kump (UAE Abu Dhabi) finished third.

For Ewan, four stage wins — five including the People’s Choice Classic criterium — was beyond expectation.

“I actually joked with my girlfriend at the start of the week that I’d go for four stages and I didn’t actually think it was going to be possible,” Ewan said with a laugh. “But I kept backing up and feeling good every day and you know obviously I was going to go for the sprints when I could.

“The team backed me 100% on those days that could have gone either way. I really have them to thank.”

Like Porte, Ewan’s success at the Tour Down Under is satisfying on its own, but also a good barometer of form for the European season ahead.

“[It gives me] a whole lot of confidence going back over to Europe,” Ewan said. “And I think as a sprinter it’s just something that you really need. I felt like in the middle of last season that I was kind of lacking confidence a bit and I was hesitating in the sprints a lot and that caused me to get boxed in and I wouldn’t really be able to open up my sprint a lot.

“I think here you could see that with the confidence that I have I’m really relaxed in the sprints and I’m able to get out of gaps and everything when I need to.”

Several small breakaways defined the early stages of today’s 20-lap race through central Adelaide. Thomas De Gendt (Lotto Soudal) was active again, hitting out in search of points in the KOM classification. He was successful in his endeavour and ended the day as the winner of the climbers’ prize.

Jack Bauer (QuickStep Floors) was in a five-rider break with De Gendt and later rode off the front on his own. As a result the Kiwi was awarded the most competitive rider prize for the third day in a row. Jhonatan Restrepo (Katusha-Alpecin) won the best young rider classification while UniSA-Australia won the teams classification.

With the Santos Tour Down Under now complete, the Australian summer of cycling returns to Victoria next week with the Cadel Evans Great Ocean Road Race (and its kermesse curtain-raiser, Race Melbourne) and then the Jayco Herald Sun Tour.