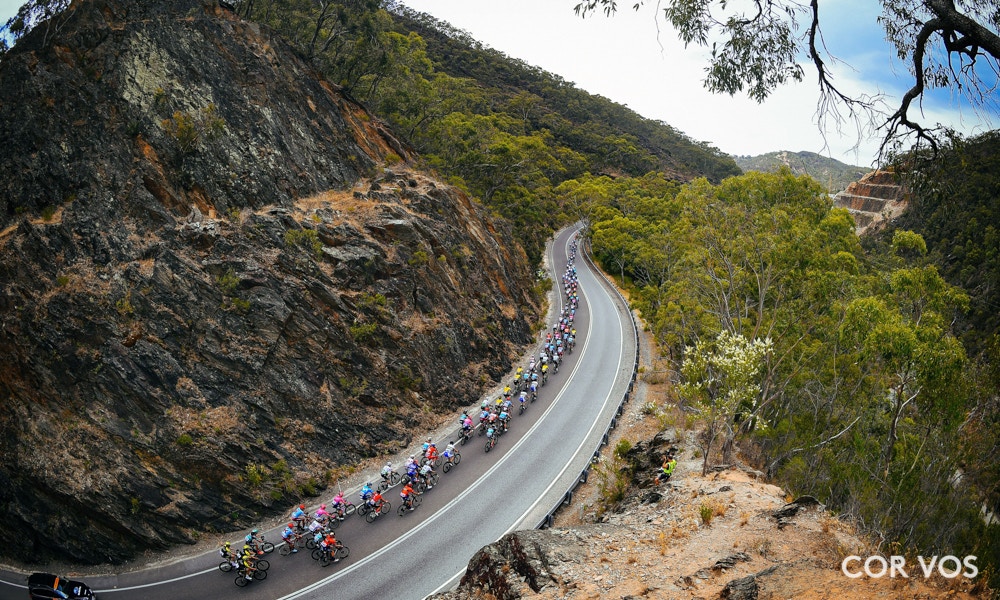 URAIDLA, Australia (CT) – Peter Sagan (Bora-Hansgrohe) made the most of his climbing legs, wearing down his rivals take out Stage Two of the 2019 Tour Down Under.

In what was one of the most deceptive stage profiles of this year's race, the teams jostled for position at the front of the bunch setting a stifling tempo, shelling all but 35 odd riders. As the bunch plunged down into Uraidla, it was deja-vu for Sagan, who followed the wheel of Daryl Impey (Mitchelton-Scott) to jump the South African on the run into the line, narrowly holding off a fast-finishing Luis Leon Sanchez (Astana) just as he did in 2018. 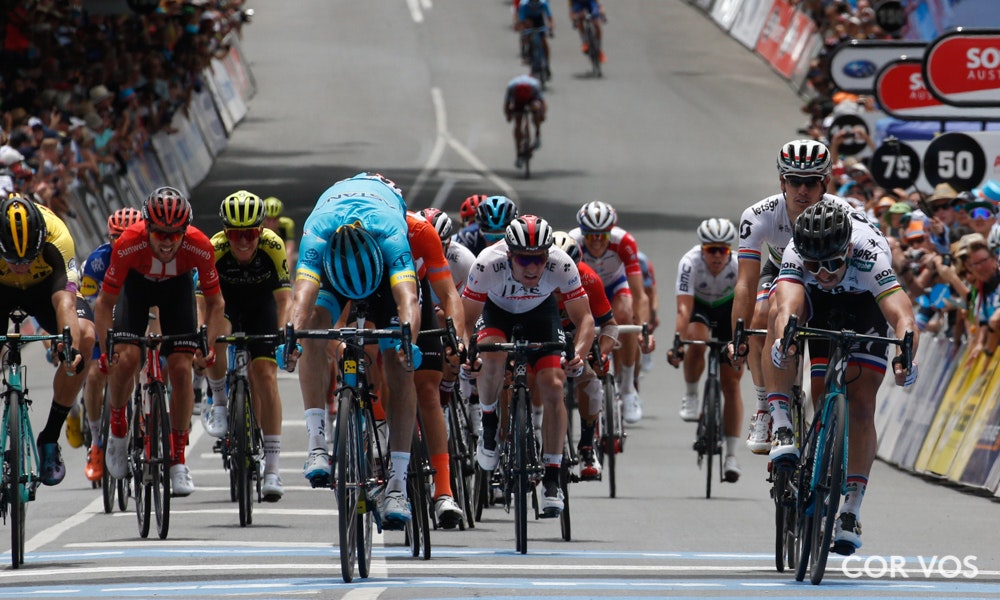 The racing was on from the gun this morning, with no neutral roll-out easing riders into the stage. Attacking from the first sprint point 4.7km into the stage, a small group of seven riders including Elia Viviani (Deceuninck Quick-Step) jumped clear of the field.

Viviani used his sprinting prowess to take both the sprint points for the day, whilst Manuele Boaro (Astana) was first across the stages only KOM for the day up Snake Gulley 39 kilometres in.

From here the Septet pushed onto the finishing course, of which the peloton completed 7 laps and amassed more than 3300 metres of climbing for the day. Despite working together rather harmoniously, the escapees were slowly reeled in and swallowed up with around 35 kilometres to go. 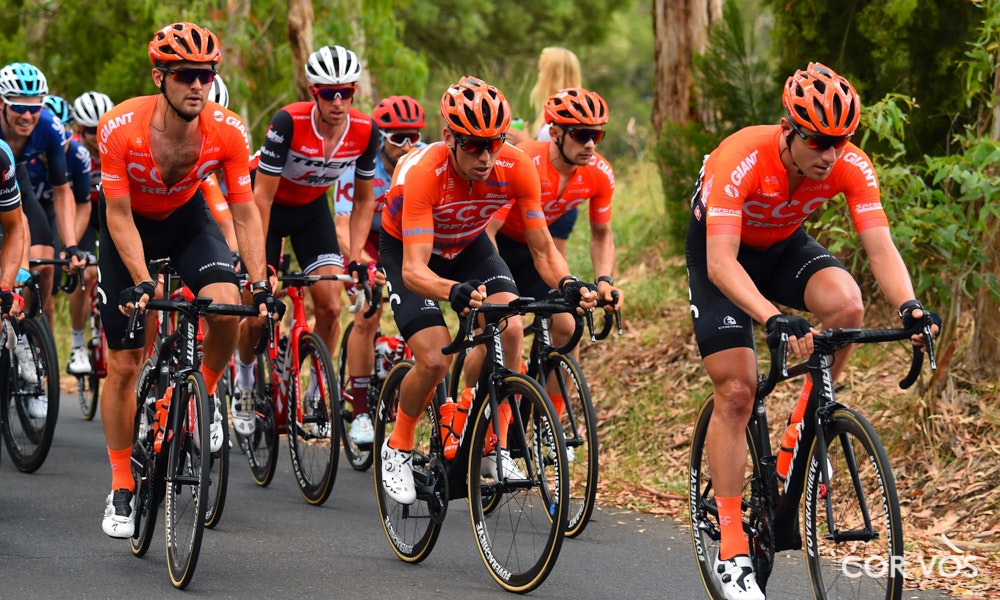 It was the closing lap that the action really hotted up, with all of the big teams jostling for position at the front of the peloton. Mitchelton-Scott took over from Team CCC at the front of the bunch, sacrificing a number of riders in an effort to reduce the size of the main bunch. On the final ramp of the day Michael Woods (EF Education First) jumped clear of the peloton, however, his effort was quickly marked by his rivals.

As the dwindling peloton charged downhill into Uraidla, Daryl Impey tried to surprise his rivals, however, as was the case 12-months ago, he was closely followed by Sagan who outsprinted all comers to the line. Sagan heads into Stage Four just one second shy of Ochre jersey holder Patrick Bevin (Team CCC).