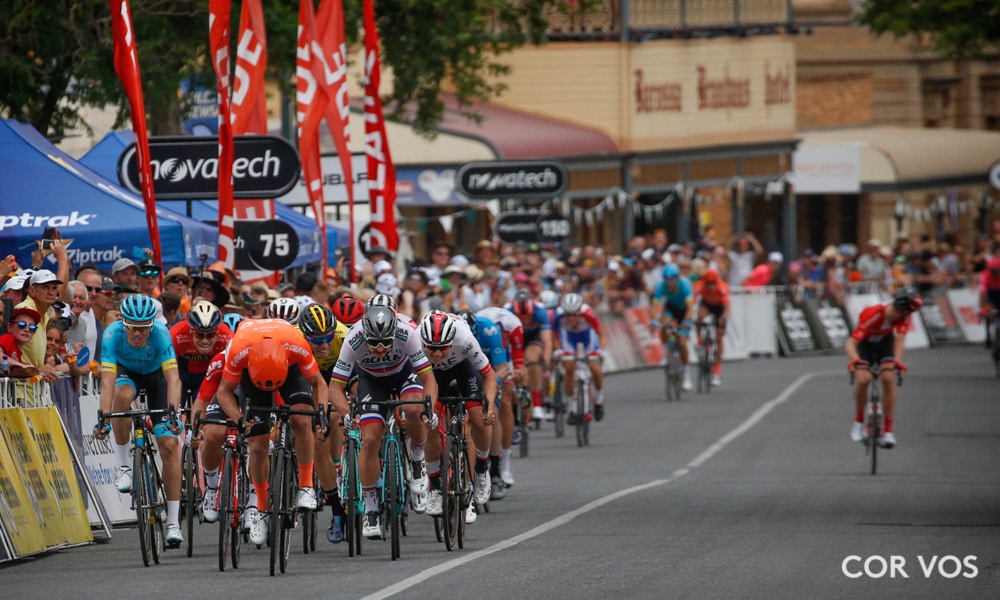 ANGASTON, Australia (CT) – It was yet another scorching day in Adelaide as Patrick Bevin (Team CCC) made the most of a crash-marred final kilometre to take out Stage Two of the 2019 Tour Down Under.

In what was a three-kilometre long uphill drag to the line, Bevin was able to out hold-off pure sprinters Caleb Ewan (Lotto-Soudal) and Peter Sagan (Bora-Hansgrohe) to move into the Ochre jersey with a handy lead over his rivals. Bevin’s win marks the first success in the WorldTour for Team CCC, who rose from the ashes of the now-defunct BMC Racing squad. 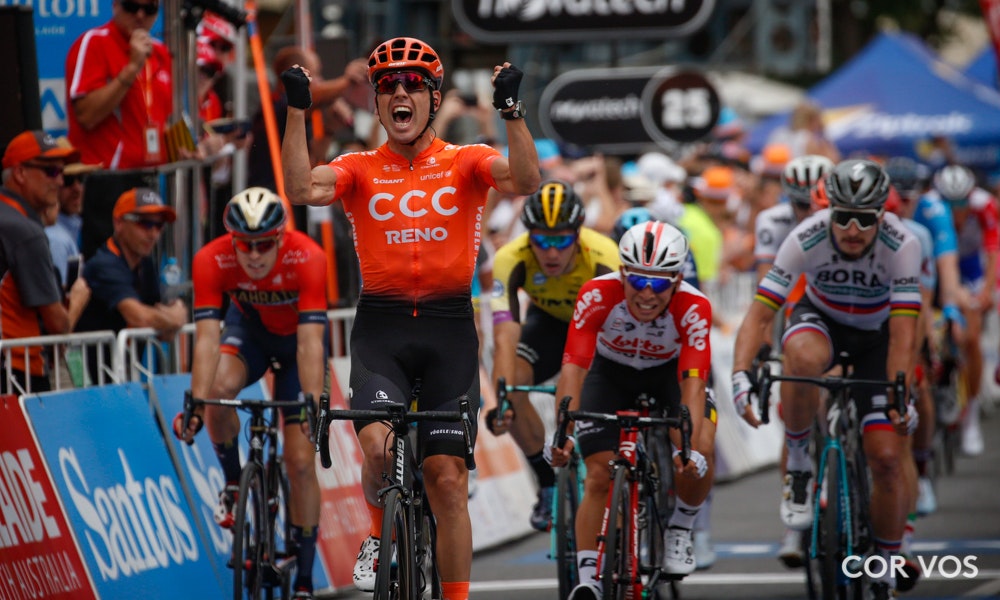 Although it was overcast before the start of the stage, conditions were a little cooler than expected, the race from Norwood to Angaston was abbreviated from its original scheduled format: 26.9km was cut from the route. Once again, the race director explained that the change was made because of a duty of care for the riders. 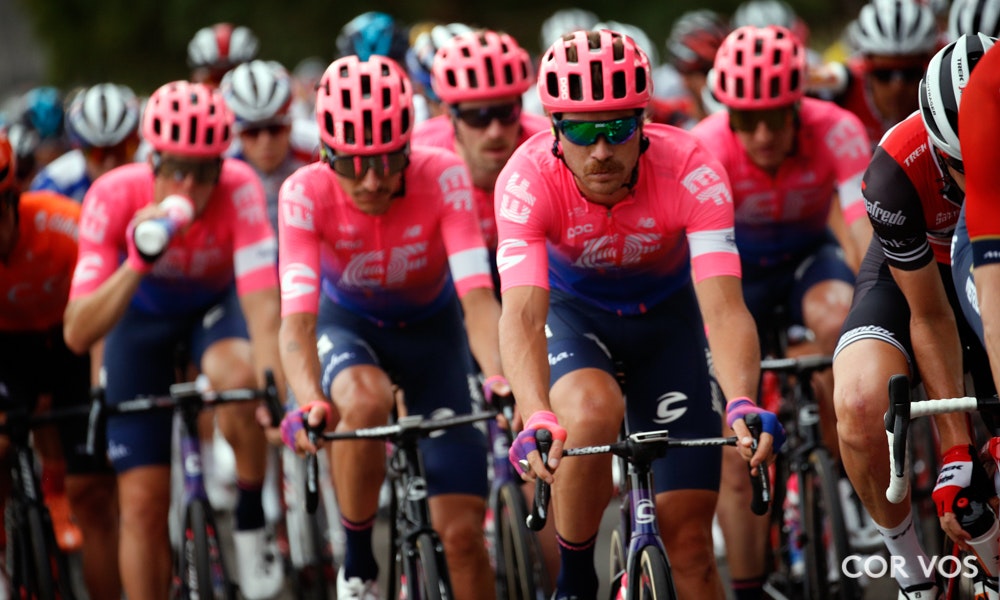 By the time the flag dropped at 11am (ACT), the temperature was nearing 38 degrees. An immediate attack went away as the race kicked off, again instigated by UniSA –and, just as it was on Stage One, Jason Lea was the rider kicking off proceedings. Another repetition from stage one was Lea being joined Artyom Zakharov (Astana) as an escape companion and, soon after, Jaime Castrillo (Movistar) bridged to the lead group. On the categorised climb of the day, Checker Hill (24km), Lea claimed maximum points to ensure that he maintains his lead in the King of the Mountain competition. 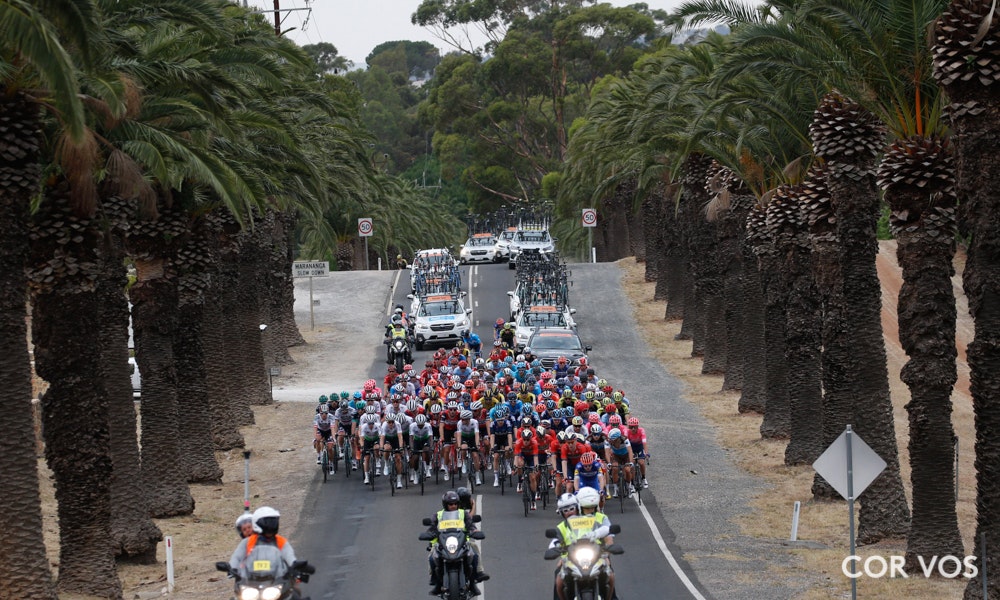 From here the escapee's made their way back to the peloton as Matthieu Ladagnous (FDJ), spent a little time off the front as the sprint trains started to get organised for the up-hill drag to the line. Ladagnous was eventually caught with three kilometres to go, however, as the riders jostled for position, a crash towards the front of the peloton with one kilometre to go bought the bunch to a standstill as a reduced bunch continued on towards the line. From here it was Bevin that timed his run to the line to perfection, outgunning a handful of the world's best sprinters to take the victory. With his win, Bevin moves into the Ochre jersey, putting five seconds into Stage One winner, Elia Viviani, and 10 seconds into his GC rivals.