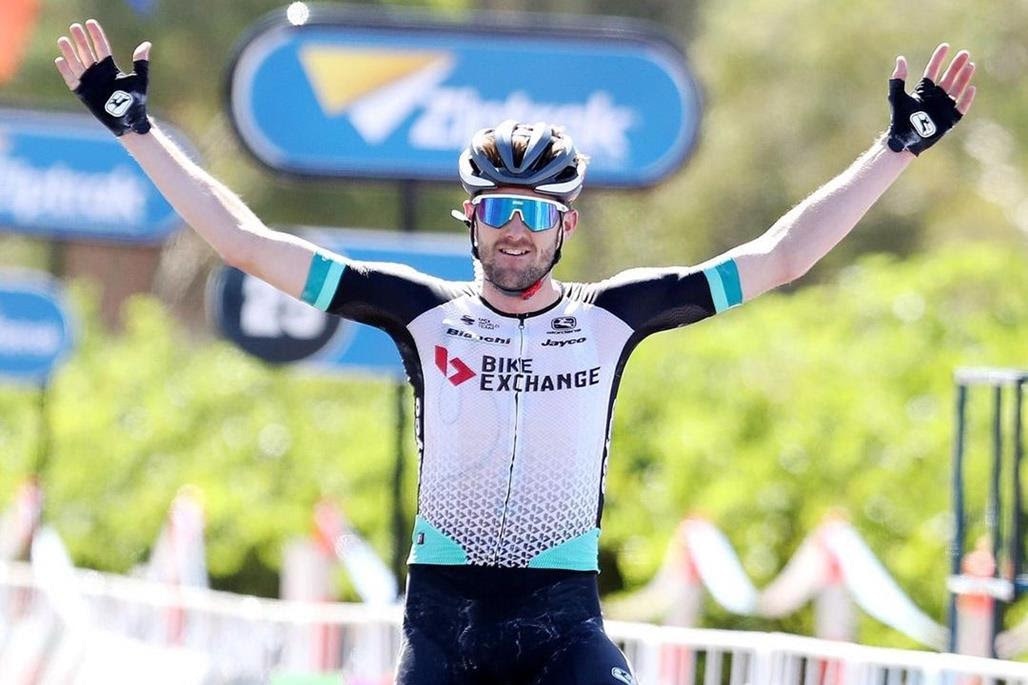 Australian time trial champion Luke Durbridge soloed to an emphatic victory on the opening stage of the Santos Festival of Cycling to take [Team BikeExchange]'s first victory of the 2021 season.

The race blew apart over the first passage of Menglers Hill and as the peloton assessed the damage through the intermediate sprint, Durbridge rolled off the front. A chase group formed with Czech Tour winner Howson amongst them, but a meaningful chase failed to materialise, allowing Durbridge to slip further up the road.

Durbridge didn’t look back and continued to press-on solo, opening up a maximum advantage of over four minutes. It was clear there was no catching the 29-year-old as he headed onto the final lap and eventually crossed the line 2'24" ahead to take his first victory of the season, after almost 80km solo.

Luke Durbridge: “I guess it wasn’t really the plan. Obviously, there was big pressure on our shoulders, being the only WorldTour team here. All the boys are motivated and I’m just glad I could finish it off.

“I sort of said to myself ‘be a bit brave and go for it, only 100km’. But when I got out there and it’s 40 degrees, 100kms is still a long way. I countered the sprint at the first intermediate and just sort of squeezed on a little bit and nobody really came with me.

“Then after I got a gap, I just sort of settled in. That’s my style, most of the time of the year I’m doing that on the front of the peloton, so as soon as I got the gap, I knew I could settle into a nice tempo."

Matt Wilson (Sports Director): "It was very early in the race when Luke jumped up the road, but he had a strong team behind him and that made it hard for the other teams to try and get across to him with us covering behind, and Durbo didn’t die, he just kept putting time into them.

"We’re in an awesome position now, we’ve got the strongest team in the race and got the lead by two and a half minutes, so we couldn’t ask for anything more."