Scott at the Tour de France 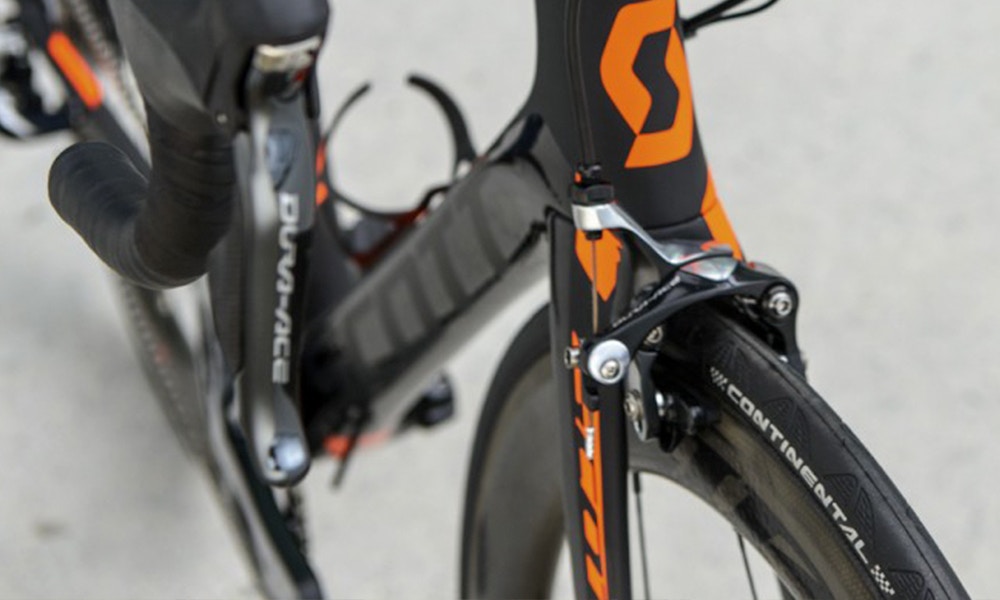 Here's a full image gallery of the new Scott Foil

The Scott Foil is a favourite of sprinters like Matthews and Haussler given its stiffness and aero profile. The Foil borrows a lot of technology from the Plasma, incorporating the partial airfoil shape to improve aerodynamics without compromising on weight and stiffness. Focusing on stiffness, the frame is heavier than Scott’s climbing bike the Addict, but with a thick downtube and stays, it is clear to see where the extra weight comes from. Expect to see the Foil on the flat lands and featuring heavily in the final sprints. Get the Orica-GreenEDGE look

The Scott Addict is the choice of climbers given is exceptionally light weight frame and wide bottom bracket. The combined weight of the frame and fork is 1kg making it one of the lightest production frame / fork combinations available. Simon Clarke lives on the Addict and it served him well during his recent Giro campaign. Simon Yates is also a fan, winning the Best Young Rider competition at the Criterium du Dauphiné and placing 5th overall onboard this climbing machine. The Addict still manages to maintain an aero profile similar to the Foil whilst keeping its weight significantly less. The robust down tube and bottom bracket also combine to deliver power to where it is needed most. The Scott Solace will be the choice for Stage 4 of this year’s Tour de France. Endurance features such as a more upright geometry, longer wheelbase and seat stay dampening suspension make the Solace the perfect accompaniment for the cobbles. Some riders have opted for the Addict over the cobbles with some retro adjustments to the brakes, tyres and drivetrain, but most riders would be wise to favour Scott's endurance machine. Scott’s TT machine the Plasma has had a slight re-gig recently, focusing on improving aerodynamics with a rider on board. The frameset looks to target specific zones, whether they be meeting the wind uninterrupted or working in collaboration with the rider. As a result Scott has gone over every aspect of the bike to make small improvements offering up a faster, more aero TT bike. Orica-GreenEdge have had tremendous success upon this model, winning multiple grand tour Team TTs. Luke Durbridge and Michael Hepburn have both won National ITTs on board the Plasma. OGE have dominated Team TTs over recent years, and no doubt they will be looking for a stage victory again in this year’s tour. Everything you need to know about bikes is right here

Thanks Graham Watson for the great photos. 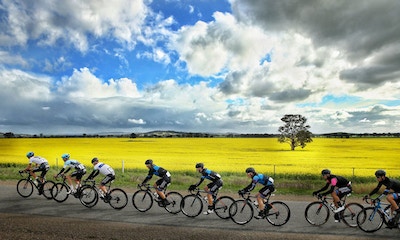