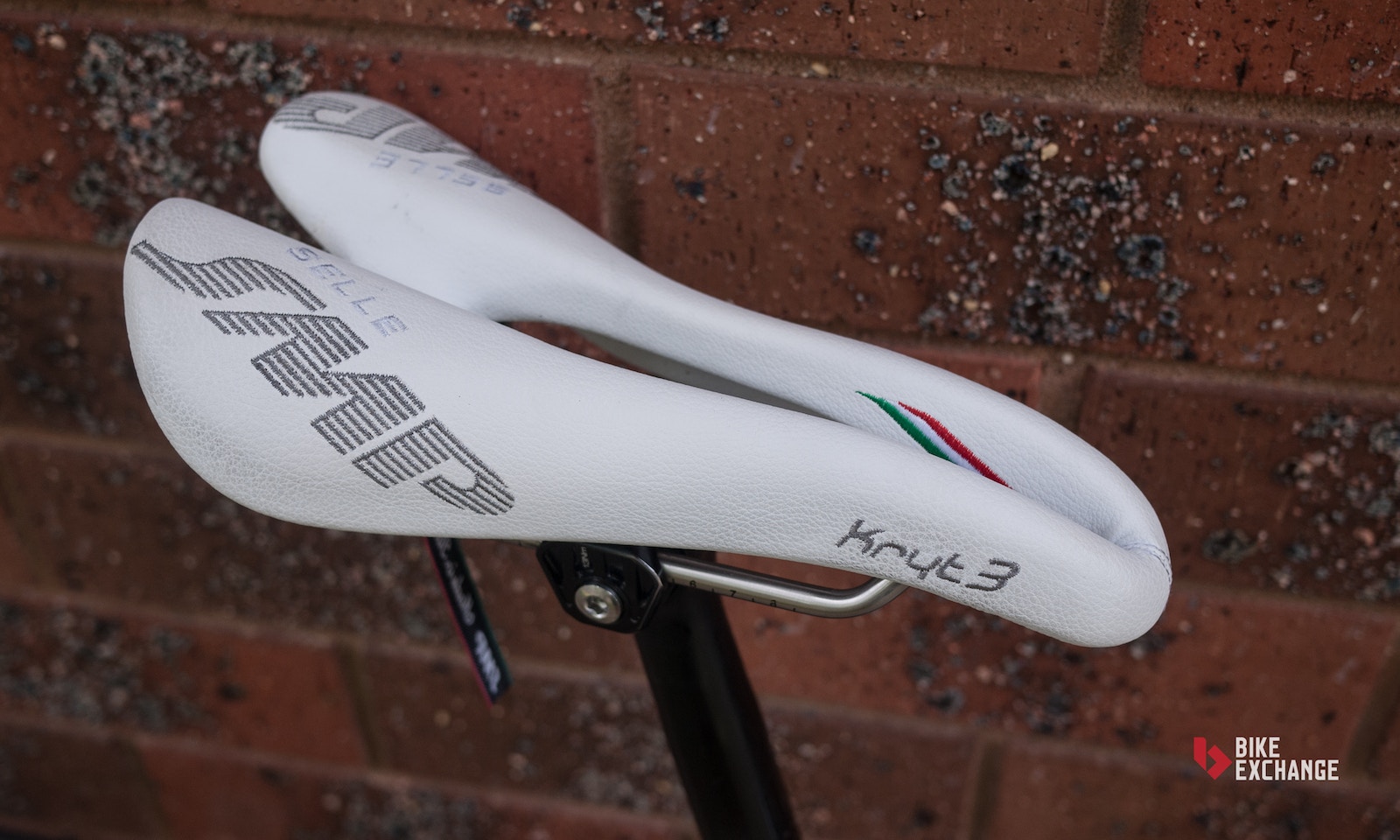 With a history stretching over 70 years, Italian company Selle SMP is renowned for its ergonomic range of bicycle saddles. Whilst typically focussing on saddles suited to longer rides, the Italian company has recently introduced a flagship criterium specific saddle, the Kryt3 to its already extensive 35+ model lineup.

SMP says the Kryt3 is characterized by its unique shape devised to support the rider's quick movements and express full power. So with that in mind, I fitted a test Kryt3 to my race bike and put it to the test on some training rides and fittingly, some local criteriums that I like to frequent.

Who’s it for: Riders with an affinity for hard, fast short circuit racing or bunch rides.

What we liked: The attention to detail, sturdy design that would make it a long lasting one, favours aggressive racing position.

What we didn’t: Can take a little persistence to break it in, really needs to be done in conjunction with a proper bike fit. 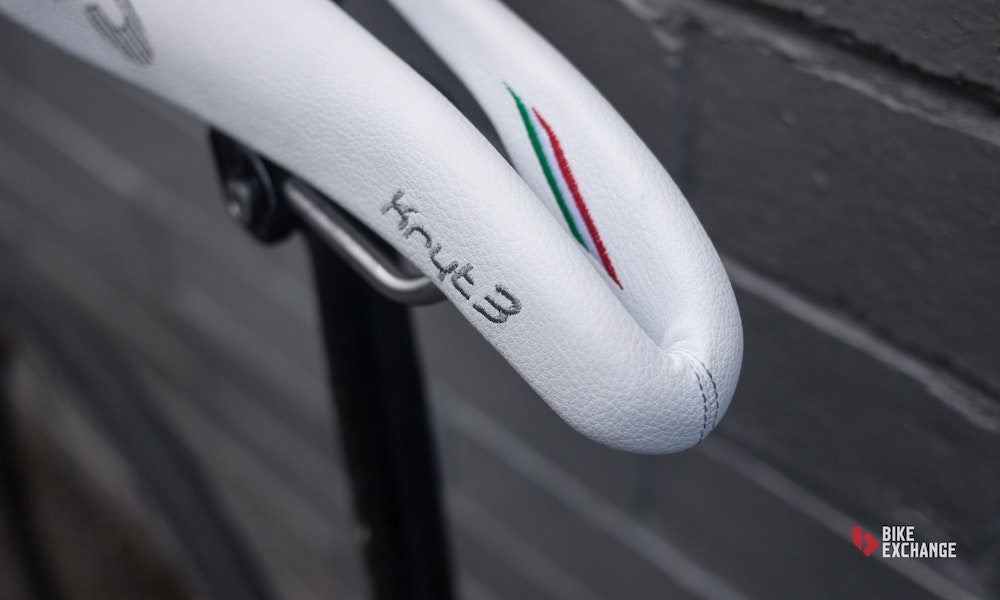 Selle SMP has a bit of a cult following with its ergonomic, somewhat outlandish looking saddles. Distinguishable amongst other saddles by the ‘eagle beak’ nose and the wide central channel, these defining features have been toned down significantly for the Kryt3. The Kryt3 features a shortened 245mm length and 142mm width. No other widths are available as yet.

Despite this, the Kryt3 is still unmistakably Italian in form and function, still featuring a hand stitched leather upper for the classic black version, and a microfiber covering for the fluoro and white versions. Adorned with an Italian flag ribbon at the rear of the saddle, as well as an embroidered ode to the Italian flag on the leather itself, it is certainly a nice piece of equipment to own. 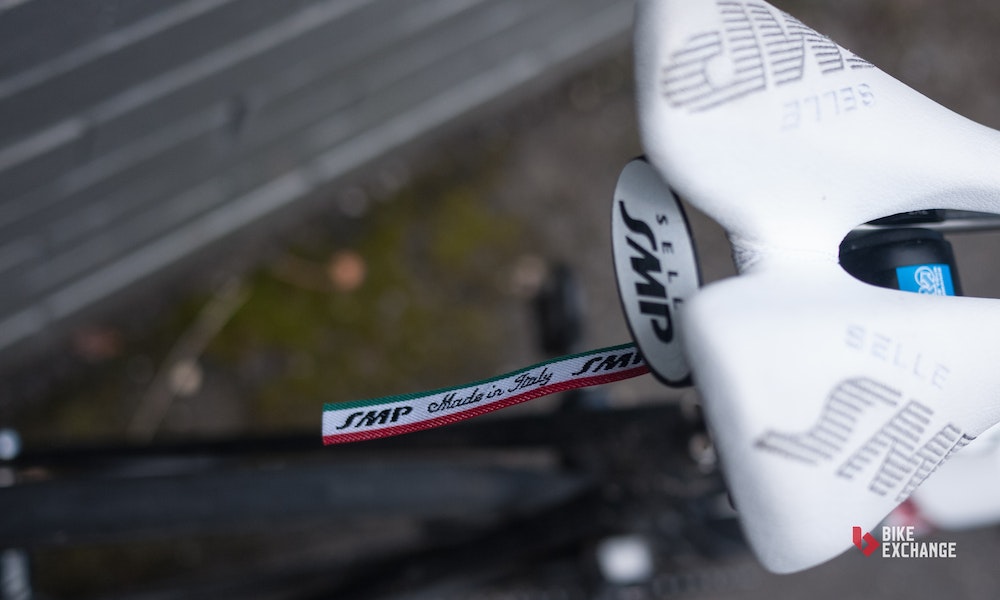 As the performance model is yet to be released, this stainless-steel railed version with thicker padding added weight to my bike (It weighs 300g exactly), however, I'm told a carbon railed saddle with lesser padding density promises to shave off 50g with a total weight of 250g (spoiler alert, I liked this one enough to order the lighter one for myself longer term). While this weight loses it some brownie points when it comes to weight weenie standards, for a criterium racer this shouldn't be a performance detriment.

Many riders who have used an SMP are either fervent devotees or fierce naysayers. The devotees will tell you that you need to give the saddle a good chance and then one day, your pelvis will find that perfect comfort point that eluded you the first few rides. Many SMP owners will attest to the fact that once a little worn in, you have a saddle for life.

Make no mistake, Selle SMP has done the research to support its message, based on empirical studies with a focus on ergonomics. The saddles are designed to distribute cyclists weight precisely over the pelvic bones and buttocks, protecting the coccyx from becoming bruised (caused by rough terrain).

What’s more, it’s most salient selling point is that that pressure relief offered by its design prevents delicate perineal structure compression, resulting in a significant increase of blood flow to the genitalia, allowing cyclists a chance to reproduce many more cycling spawn in the future, hooray!

I’m unsure if SMP had planned to produce a saddle like this or are just following suit and providing a short-nosed, wider saddle as current trends reflect. Either way, it’s a welcome addition to their already extensive lineup of ergonomically minded saddles. 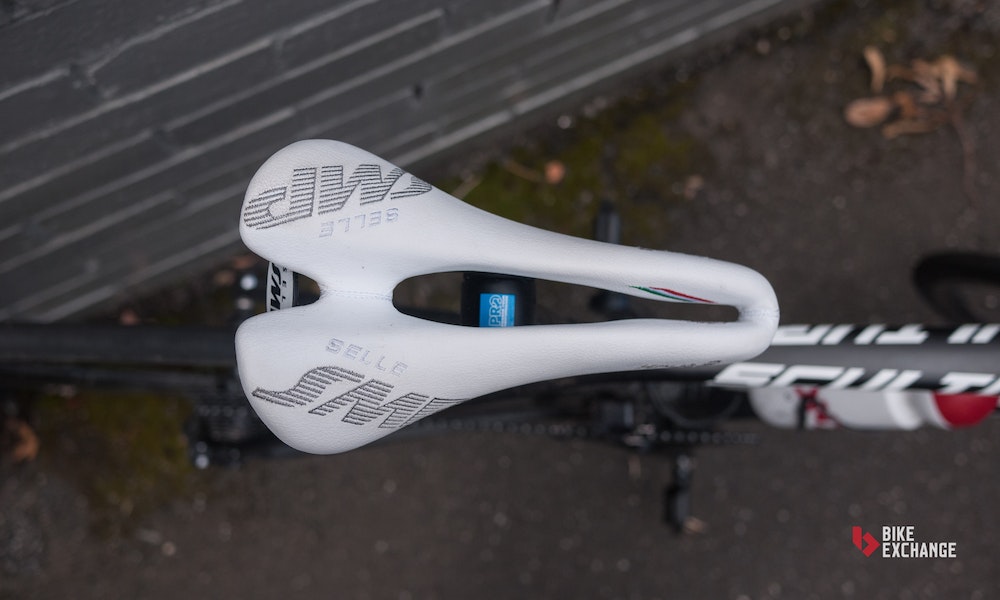 Disclaimer; the benefits of this saddle are arguably only discoverable by way of a proper bike fit. Because of the ergonomic precision in the design, it only makes sense for that to be confirmed by an ergonomically correct position on the bike.

I am lucky enough to be able to tolerate just about any saddle with little long-term trouble, so I got away with a rough estimate of position and a few mid-ride tweaks, but I was advised (and in future) will surely skip right to the bike fit physio for a proper assessment and fit.

Although the padding on this test saddle appears plush, make no mistake, this saddle is firm. There is very little flex in the structure, which means less rocking around and more power transfer, lending itself to short rides where the rider wants to remain sturdy and stable. The Kryt3 remained staunch even when I felt like I was swinging the bike around or planting my buttocks back down without grace after an out of the saddle effort. 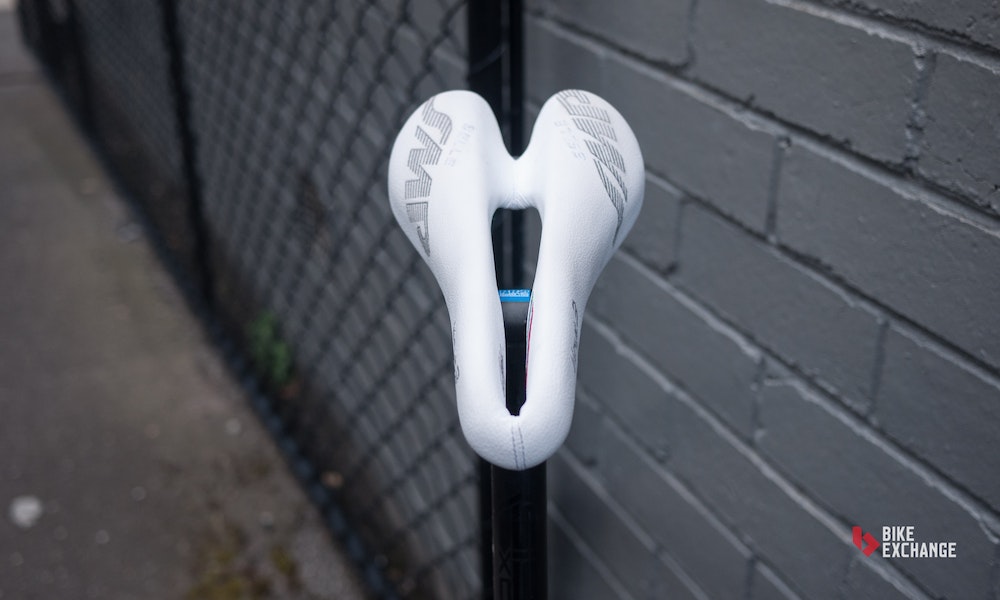 I was advised to angle the saddle down (as pictured), and although this originally felt a bit odd, once in the drops in a forward aggressive position, I settled into the angle and had no pressing pressure points to distract me from the task at hand (holding on for dear life at the crit!).

As mentioned, the Achilles heel of this review was the absence of a bike fit to really dial in the position. I fiddled with angle and fore and aft a few times and felt a dramatic difference each time, with the varying pressure points (or absence of) becoming very obvious and changing the way I sat on the bike. The best way to start is to look at the rails and ensure they are level, although the nose will still appear to be pointing downwards.

What I like most about this saddle is that the purpose is self-descript, it is designed for criterium racing and so it is designed to compliment this position. SMP advise that nose down or just level is the best position for all it’s saddles, with many riders opting for a negative 3-5 degree forward angle for comfort. This favours riders who are flexible and can fold forward with ease, naturally prompting a comfortable, sustainable position in the drops. The shorter nose compliments this position as I suspect it is to reduce the likelihood of chaffing and rubbing which can result from the more traditional longer nosed saddles when in the drops. 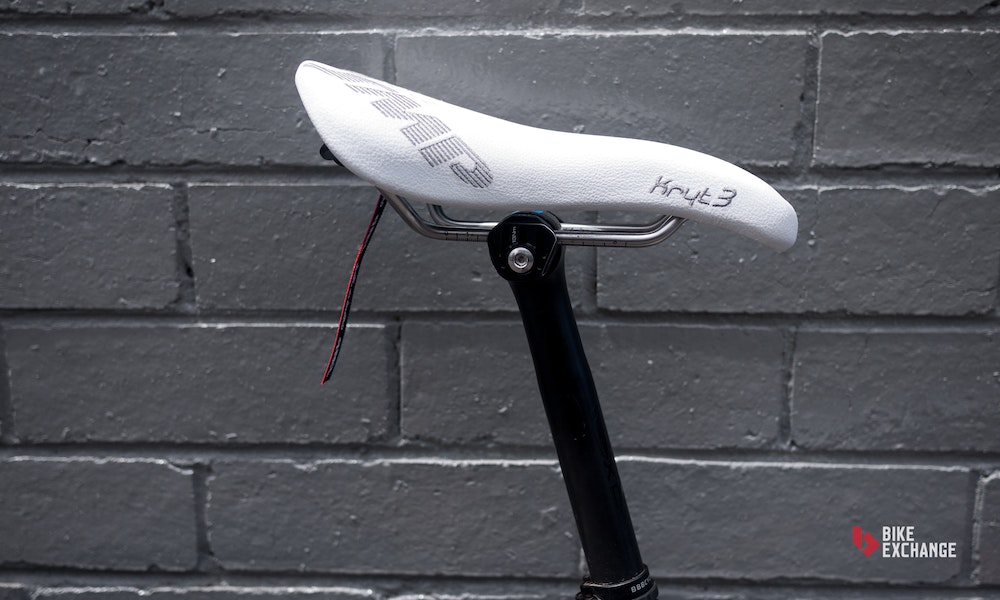 This saddle screams hard and fast, much like the ideal criterium race. While not initially inviting enough settle into a long day in the hills, it's not to say this saddle couldn’t become your everything saddle with a bit of tough love. As it is reliant on bike fit and a 'breaking in', I imagine that given some time and tweaks it could be used over longer distances, although not particularly designed with this in mind.

The Kryt3 delivers its purpose, while I wouldn’t choose it as my all-round saddle, it certainly ticks the boxes for an ‘hour-of-power’ themed ride, and with the right set-up, will get the most out of an explosive sprint. Given some time to mold to the rider and paired with a bike fit, there is a good reason to give this saddle a run on the race rig.