If your life is going to be inspired by a quote, then American author and activist Jack London is a pretty formidable starting point:

"I'd rather be a superb meteor, every atom of me in a magnificent glow, than a sleepy and permanent planet".

Meet figurative meteor Tim Spiteri - an outdoor adventurer, ocean rower and action man; a person whose life is as far from sleepy and permanent than you will dare imagine.

In the premiere episode of 'Off the Bike', Shane Kelly catches up with Tim to chat about his attempt to break a record and ocean row from Geraldton, West Australia to South Africa. For 57.5 days Tim and his rowing team (seven in total, including one other Aussie), were pitted against every conceivable challenge. In Tim's words - "everything that could have gone wrong, did go wrong".

Find out more about Shane and the Off the Bike series

They got off to a flying start, no doubt about it.

They covered an astounding 100 miles on their first day and were well and truly inside world breaking material. But insert bump-ins with Blue Whales, worrying encounters with pirates, nightmare boat mechanicals and First Aid burn emergencies, and you have all the ingredients for a gut-wrenching human endeavour.

The crew endured 57.5 days of some of the harshest conditions and toughest mental battles.

But what's all this got to do with a bike? Well, rowers often make for good bike riders, and vice-versa, and Tim is no exception. Bike riding has been a fundamental part of his cross training and his plans now are to be the first person to ride a fat bike from Oman to Dubai... Seriously how does he come up with these challenges?

Settle in for a meteoric ride.

Tim tells the tale to Shane and we strongly recommend if you have more time to check out the extended version of this recording; it's truly unbelievable.

What is Off the Bike?

Off the Bike is a series of interviews with living track cyclist legend Shane Kelly and people who - for some reason or another - are connected to the bike. Be it racing, recreational riding, coaching... Candid and intimate conversations are shared as people open up about adversities they'e encountered, challenges they've overcome, and the incredible successes they'e enjoyed along the way.

Check out more from the Shane Kelly Off the Bike Series! 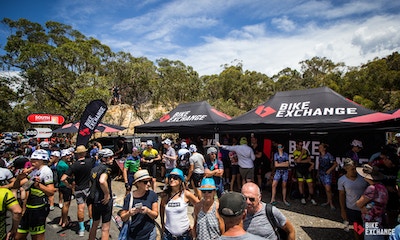