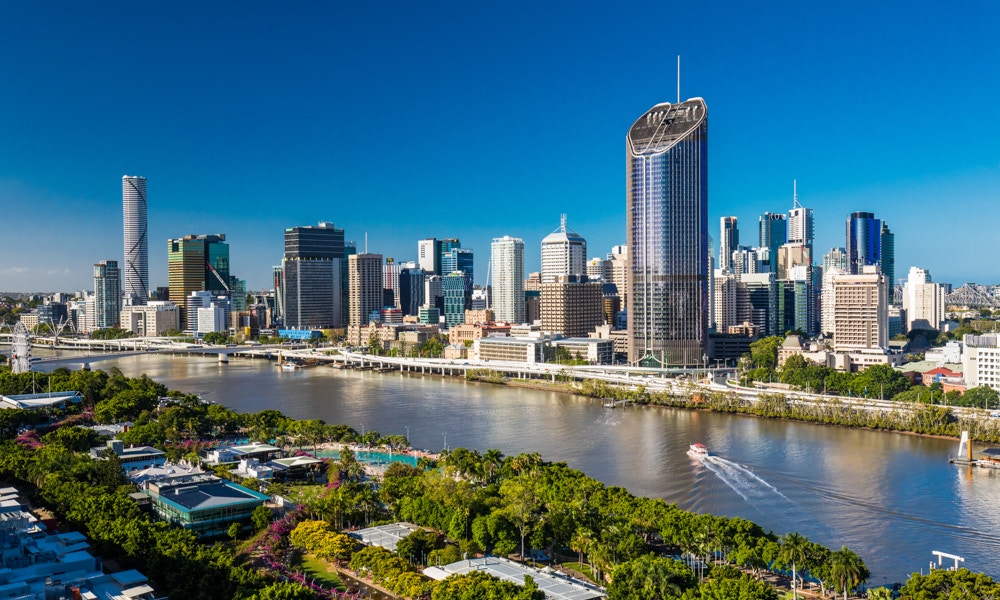 This is sponsored content created in conjunction with the Six Day Series.

Brisbane is soon to be host to the finals of the six-day cycling series! April 3rd to April 5th, 2020 the fastest track cyclists will be coming to Brisbane to fight it out at Brisbane’s very own Anna Meares Velodrome.

However, before you check out the action on track, it’s worth exploring what Brisbane has to offer, for both cyclists and non-cyclists alike. 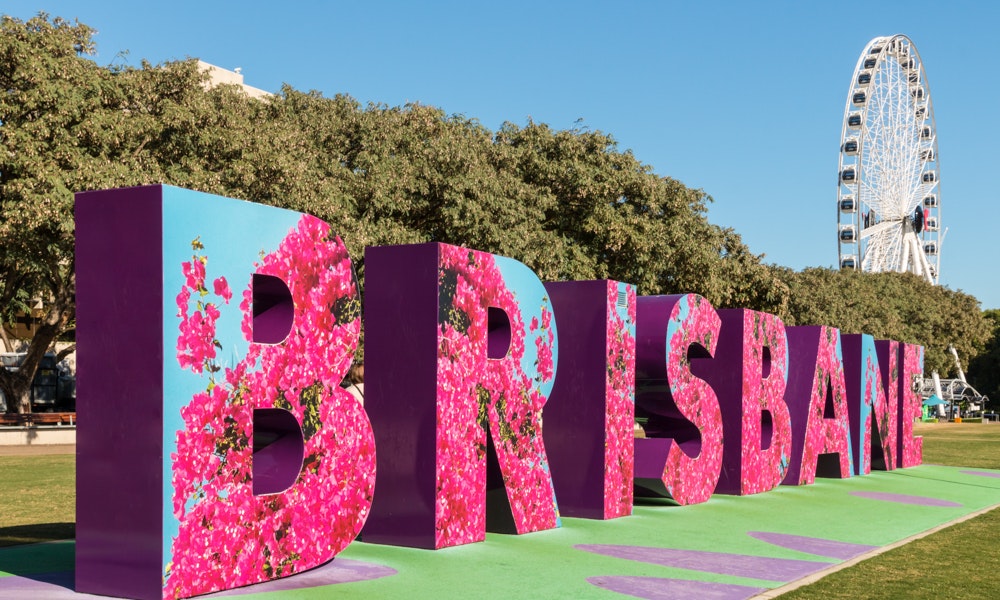 Brisbane is a modern city, with perfect weather, proximity to some of the world’s most beautiful natural wonders and a multi-cultural hub of creativity, beauty with 280 days of sunshine. Brisbane is Australia’s 3rd largest city and the capital of Queensland and is the doorstep to the Gold Coast, Sunshine Coast and the Great Barrier Reef.

With a population of around 3.6 million, the Brisbane City is located on the Brisbane River, approximately 15 kilometres from its mouth at Moreton Bay. Brisbane is situated on the ancient homelands of the indigenous Turrbal and Jagera peoples. Brisbane has an excellent public transport system with an extensive suburban railway network – which service both the Domestic and International Airports, as well as Gold and Sunshine Coasts, buses and ferry’s (including the ever-popular CityCat). Brisbane City also has an excellent bike hire and scooter scheme to get you quickly to destinations. However, it is essential to remember it is mandatory to wear a helmet.

A few short trips out of the city are Mount Coot-tha, Wynnum and Manly, Redcliffe, Samford, Glass House or Tamborine Mountains and North Stradbroke and Bribie Islands. Most of these places are accessible by Train or Bus or make a great day trip if you have a car and all of them are worth checking out.

Another attraction is Lone Pine Koala Sanctuary where you can cuddle a koala! Travel south of Brisbane and check out the theme parks Dreamworld, Movie World, Wet and Wild or Seaworld or travel north and check out Aussie World or Steve Irwin’s famous Australia Zoo. Whatever you decide to do – the Brisbane locals look forward to welcoming you to their magnificent city. 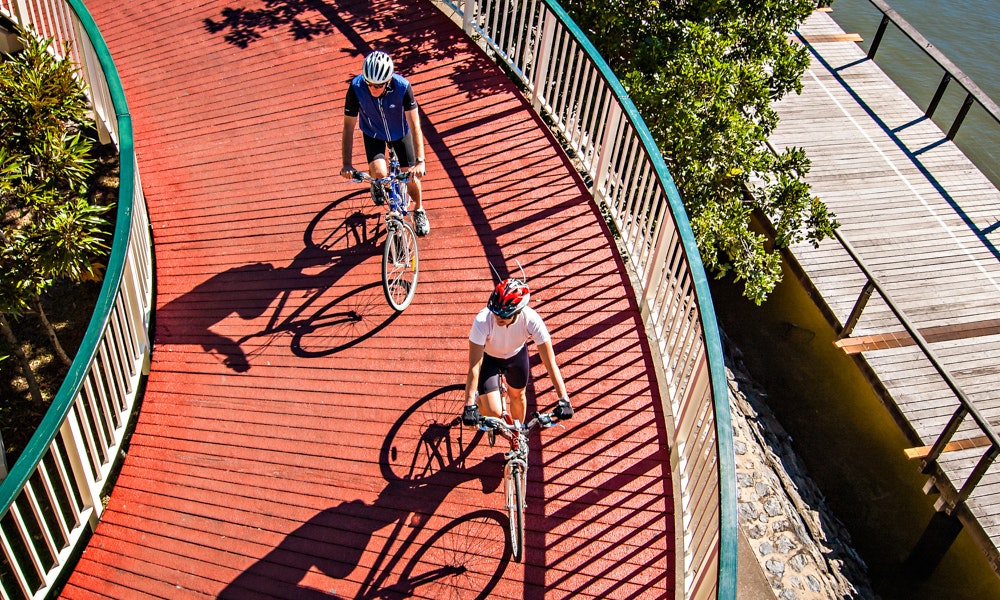 Brisbane is the perfect place for the avid cyclist to spend the day.

Start with an early morning ride around the Mount Coot-tha circuit, only 6 kilometres from the CBD. Stop for an early morning coffee at the Summit Lookout followed by a ride through the hills and past the television stations.

Once you are down the hill, you can follow the bike paths along the iconic Brisbane River towards the city and to Southbank where you have heaps of Café’s and hotels to choose your breakfast!

After breakfast, take a ride through Southbank and Kangaroo Point and out to Bulimba for a relaxed morning tea. Follow the bike paths towards Lytton and check out some history at Fort Lytton National Park and Historic Military Precinct.

After the history lesson, it’ll be nearly lunchtime, take an enjoyable ride over the Gateway Bridge and follow the other side of the river back to Portside where there is a large selection of beautiful restaurants overlooking the Brisbane River.

With a full stomach, it’s a perfect ride back along the river checking out Breakfast Creek, New Farm Park and Fortitude Valley with a multitude of things to do! Arrive back in Brisbane Central Brisbane District as the sun is coming down and enjoy the restaurants under the famous Story Bridge bringing a perfect cycling day to a satisfying end.

Brisbane is the perfect city for tourist biking with most paths well signed and plenty of spaces to park your bike. Remember; however, helmets are mandatory while riding your bike on both roads and bike paths. Also, you cannot ride under the influence of alcohol or while using a mobile phone. 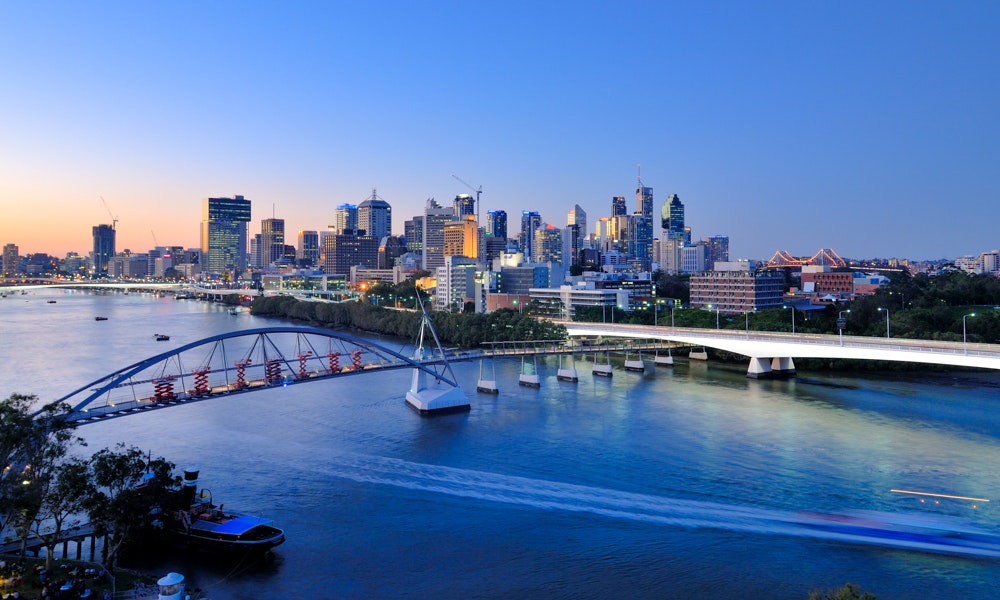 Whether you’re looking to check out Fortitude Valley, sample the eateries of China Town, or take a stroll around Queen Street, Southbank or West End – Brisbane is sure to have appeal to you when the sun goes down!

The story bridge adventure climb is a must-do experience for any adventurer. Offering views of the city and its surrounds, the Glass House Mountains to the north, Moreton Bay in the East and the Scenic Rim Mountains to the South, this climb is even better at night but sells out fast so make sure you book in early.

After climbing above the river, cruise, wine and dine on the Kookaburra Queen Showboat Cruise. Enjoy a dinner cruise sailing on the beautiful Brisbane river on these historic paddle wheeler boats.

After dinner, it is a quick hop on the City-Cat Ferry over to Southbank where you could enjoy a show at the Queensland Performing Arts Centre, have a stroll through Southbank Parklands, have dessert at one of the many café’s or have a ride on the Wheel of Brisbane.

After dinner catch a train from Southbank into Brisbane’s fortitude valley – where the night comes alive with dance clubs and pubs to suit every taste. Dance into the early hours at one of the many night clubs, rooftop clubs, bars or pubs. Whatever your taste, every night is an exciting night in Brisvegas.

With so much to see and do, it’s clear that Brisbane has something for everyone, so if you’re heading up to the this year’s Six Day Series final, be sure to stick around en experience all that this magnificent river city has to offer.

Looking for an Autumn escape? Experience the thrill track cycling first hand! For more information, check out sixday.com or visit Ticketek for tickets to the Six Day Final in Brisbane this April. 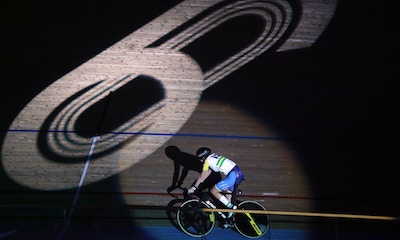 Track Cycling 101: What to Know

We take you through all you need to know about the exhilarating sport of Track Cycling... 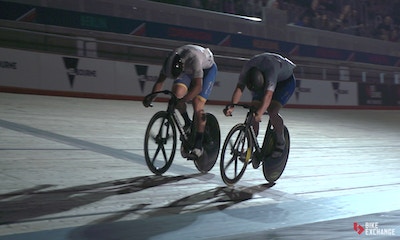 What is a Track Bike? We Explain

In this article, we dive into the different types of track bikes on offer, how they differ from each other and what they’re used for...