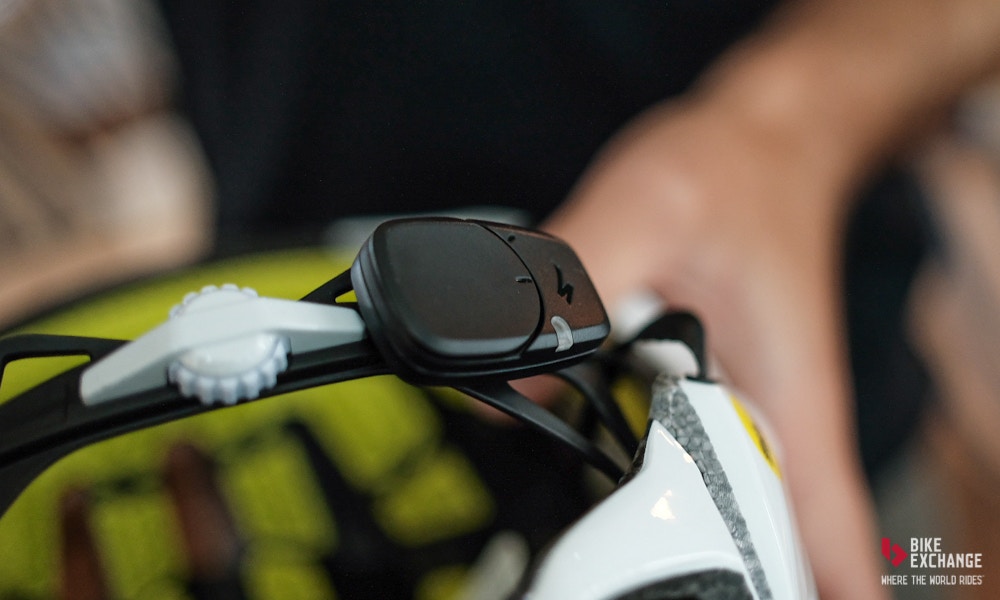 First released in late-2018, the Specialized Angi crash detection system has continued to evolve throughout the last 18-months. Recently updated for 2020, the ANGi system is now compatible with a range of cycling computers, has it's own slick companion app and is compatible with a wide range of helmets. 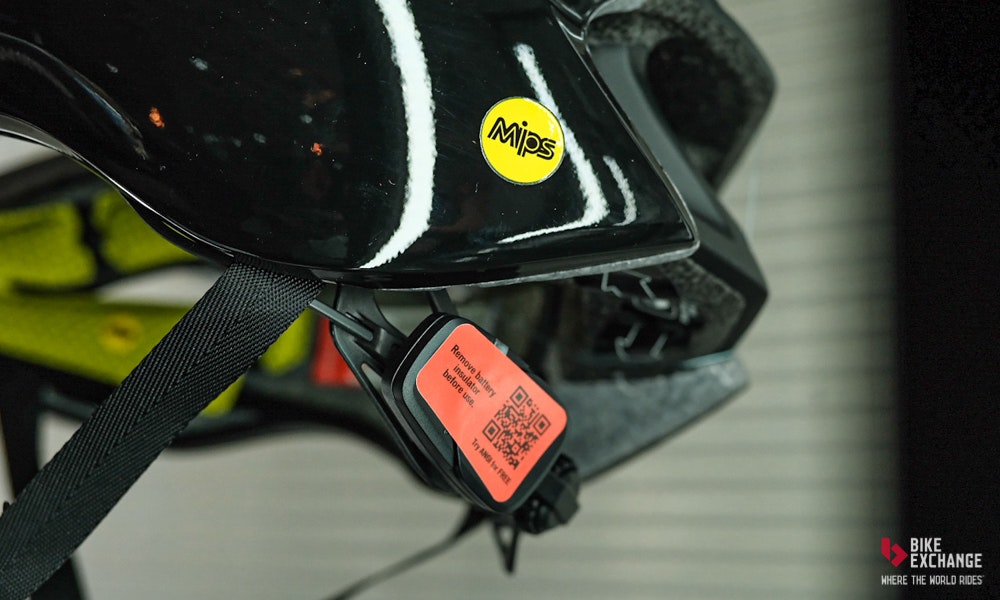 The ANGi system is the latest iteration of the ICEdot crash detection system. Specialized purchased the company behind ICEdot in 2017 and ever since we've been waiting to see how the big S would improve on what already was an innovative and robust product offering. It's worth stating that ICEdot founder Chris Zentheofer is still in charge of the ANGi's development and the Ride App it's connected to.

Standing for Angular G-Force Indicator, ANGi provides peace of mind, by providing riders with a way to contact their loved ones or emergency contacts in the event of a potential crash.

Safety-tech such as this isn't new by any means after ICEdot initially hit the market in 2013 with its unit, and other brands have attempted to incorporate similar tech in their helmets. The main drawback of these units was the additional heft and weight the sensors added. Weighing in at a meagre 10 grams, the ANGi unit is not only light on the scales, but it's also much smaller than its predecessor, making placing it on third-party helmets a breeze.

So with ANGi seemingly now hitting its straps we headed on down to the Specialized Chalet at this year's Tour Down Under and picked up a test unit of our own to put through its paces. 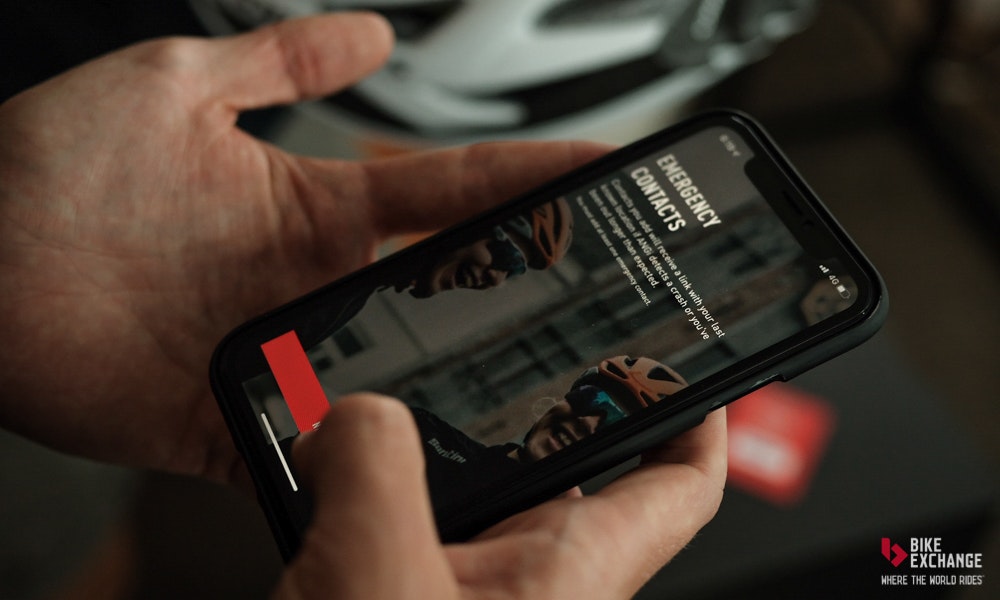 Our ANGi unit is fitted to the frankly sublime S-Works Prevail II helmet. The unit is mounted to the rear of the lid, on the retention system with two small screws. With every ANGi unit sold separately, a mounting plate is included and can be affixed via 3M adhesive or the included screws. We were advised by the crew at Specialized that the unit works best attached to the retention system on the back on the helmet.

ANGi is powered by a single CR2032 battery and is said to provide up to 6-months worth of power to the unit when used regularly. It's also waterproof up to 1 metre and dustproof.

Onto the added extras, and Specialized has shelled its old subscription model, making the ANGi a one time purchase and that's it. As of January 2020, ANGi can also be paired with Wahoo Elemnt head units as an accessory. This means that in the event of an incident (or a false alarm) you can stop the units countdown mechanism via your cycling computer.

Setting up ANGi is a cinch, download the Specialized Ride smartphone app (Available on both Apple and Android), enter your one-time activation code, enter your emergency contact details, and that's it. It's worth noting, that for ANGi to work, the Ride App does need to be open in the background on your phone, however, due to the BLE connection between the sensor and your smartphone, it won't drain your phone's battery. 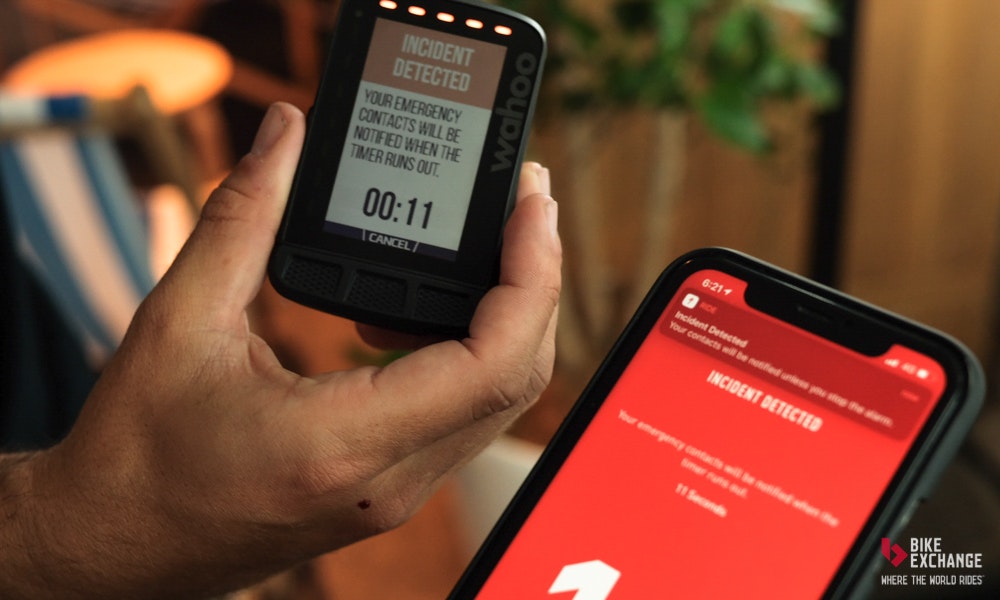 So how does ANGi work? If the ANGi sensor detects a potential crash during your ride, it will connect to the Ride App on your smartphone, sound an alarm, and start a countdown. If you're okay, you cancel the countdown and keep riding. If you're injured and unable to cancel the countdown, however, the Ride App will send a text alert to your emergency contacts telling them you may have been in an accident.

In addition to notifying your contacts that you may have crashed, ANGi and the Ride App will also send your location, via GPS coordinates, to all of the contacts you've listed in the Ride App. Thankfully in the month or so we've been riding with ANGi, we've never had to rely on its services out on the road. It must be said, however, that the unit has thus far performed exceptionally, with no false alarm hits or bugs encountered in over 1000km of riding. The fact that it's included on all new-for-2019 Specialized helmets and beyond should have a whole new generation of riders feeling that little bit safer in the saddle.

So if you frequently ride alone, in remote locations or want peace of mind, coming in at a one-off cost of AU$75, the ANGi system is a negligible investment to make towards your safety on the bike. After all, a device that calls for help when you need it most may end up being priceless.

To find out more about ANGi, check out Specialized.com or head into your nearest Specialized dealer for a hand-on look at this innovative piece of cycling tech. 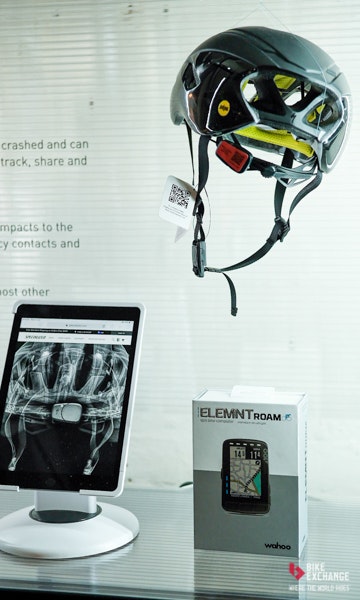 Thanks to Specialized Australia for providing the product for this review.

Shop the range of ANGi equipped helmets from leading retailers across the country here, at BikeExchange.